Mysterious light in science and technology 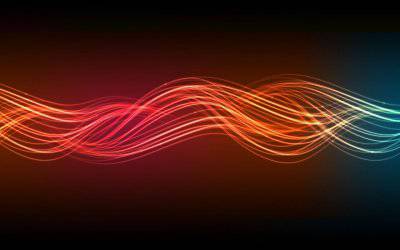 Light is one of the most mysterious substances of our universe. The evolution of the understanding of the nature of this substance is full of mysteries and revelations, disagreements between scientists and sensational discoveries.

It is known from the school curriculum that the nature of light is commonly referred to as the nature of the dual, associated with the understanding of light, like a stream of particles, and light, like an electromagnetic wave. Over the years, these two theories have not found points of contact, but in the end, the light received the defining attributes that it possesses today. The corpuscle-wave theory today most fully determines the nature of light. However, it can not fully explain all the mechanisms of interaction of light with other material substances. If it were possible to immerse even deeper into the nature of light, then this could open to humanity the mechanisms of the "life cycle" of photons, and with it the basic laws of the existence of such elementary particles as bosons.

The nature of light is studied by physicists, including for the use of light patterns in medicine, military affairs, observation of remote parts of the Universe, eventually, in everyday life. In particular, LED lightening Today it helps to reduce the cost of using lighting equipment. If a couple of decades ago, all that was available to a person is incandescent lamps, today LEDs and nanocrystalline light sources are literally a revolution. The possibility of the emission of light by crystals when a certain voltage is applied to them or brought to the onset of deformation is a real scientific breakthrough, which made it possible to obtain light sources of miniature size while maintaining sufficient power. Nanocrystals emitting light today can be used to disorient the enemy in combat conditions. Russian scientists are developing a version of the light gun, which is capable of “blinding” the enemy’s radars and creating the so-called artificial targets that the disoriented enemy will strike at.

Research into the nature of light continues. One of the main mysteries for physicists around the world in this area is the composition of particles of light - photons. If they have a substructure, then its opening will allow to solve one of the most difficult technical problems - complete masking of an object on any terrain using exclusively the internal light structure. Such a discovery can lead to real breakthroughs in science and technology, to solve many problems that seem fantastic today.
Military Reviewin Yandex News
Military Reviewin Yandex Zen