Transparent ocean of the future - how real is it?

December 2 2020
47
Artificial intelligence, swarms of drones, new detection systems, super-powerful and compact pulse generators, ships without a crew - what will be the future of the naval forces of any country? 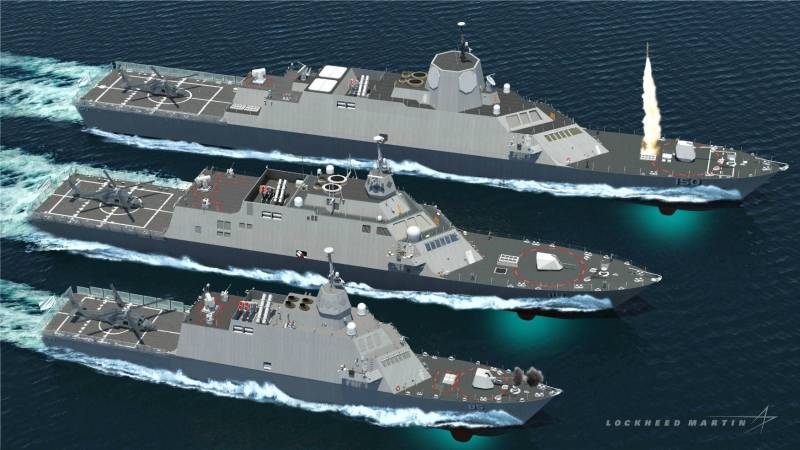 This question is asked, perhaps, in all developed countries of the world and not only by developers weapons and military experts. An interesting opinion was expressed by Andrew Davis of our beloved "The National Interest".

Davis believes that in light of the development of modern means of fighting ships, the latter will soon find it increasingly difficult to approach the coastline of any developed state without the threat of damage.

It is logical. Two or three dozen hypersonic missiles fired from coastal installations will cost immeasurably less than, say, an aircraft carrier that they hit. Yes, modern facilities naval AA defense can reflect the blow or reduce its damage. Or they may not reflect. 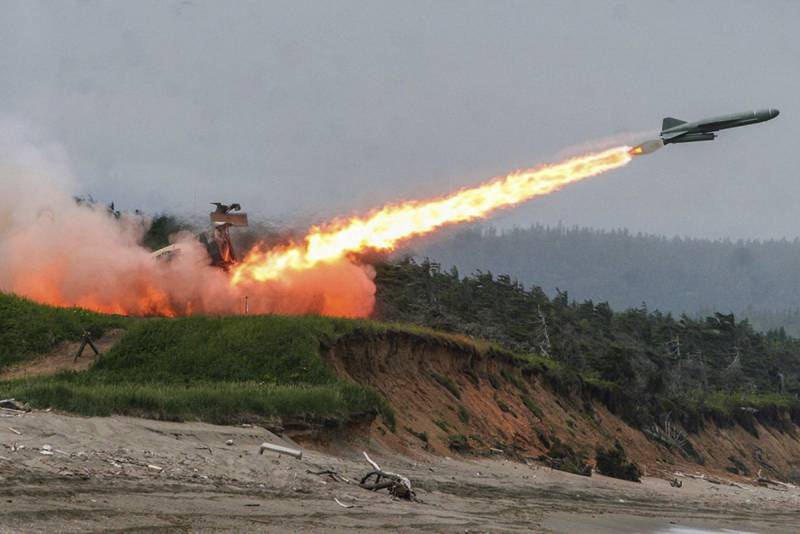 Source: Russian Ministry of Defense, mil.ru
In any case, the coastline is moving away from where the sea meets land (for ships), to the point where coastal anti-ship missiles will reach.

And behind this hypothetical line, expensive ships with numerous crews simply have nothing to do.

In the second case, of course, we are talking about submarines, and not about "stealth" frigates or destroyers.

And it may well turn out that swarms of unmanned vehicles (not necessarily flying), controlled by artificial intelligence, supported by satellites in orbit, equipped with new signal detection and processing systems, will be able to finally and irrevocably send the very idea of ​​camouflage and covert movement of ship groupings and individual ships. 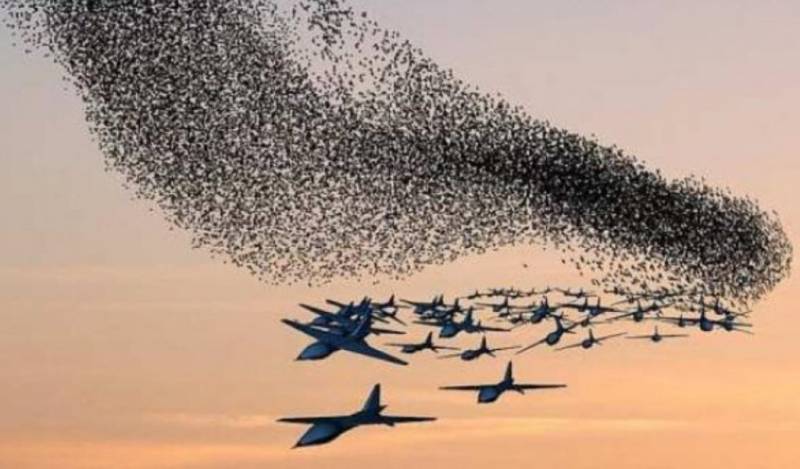 And then what will it cost, say, landing ships that cannot approach the landing site, or patrol corvettes that are unable to pursue a submarine?

It turns out that the best way to mitigate this problem is to build as many low-cost, remotely controlled combat platforms as possible, the loss of which will not affect either the budget or human potential.

This, however, does not at all solve the issues of amphibious operations, one way or another related to the approach to the coastline.

With submarines, the situation can also be quite peculiar.

A network of unmanned trackers deployed in a specific area and connected via satellites to an artificial intelligence system is armed, for example, with a quantum detection system.

Actually, work on airborne quantum radars is already underway in a number of countries. Quantum magnetometry is also quite a real thing. The German company Fraunhofer-Gesellschaft has been working on the creation of a quantum drive magnetometer for a year (developed by the Fraunhofer Institutes of Freiburg society).

In general, the Germans had a slightly different task than the detection of submarines, but the atomic bomb appeared somewhat earlier than the nuclear power plant.

The point is that any submarine would have a very difficult time avoiding the attention of such a detection network equipped with quantum magnetometers capable of capturing even small magnetic fields. And if we are talking about a modern submarine ...

The only question is in solving the problem of power supply and the size of the magnetometer.

And here the development of such a purely peaceful organization as the Deep-ocean Assessment and Reporting of Tsunamis, part of the National Oceanic and Atmospheric Administration (NOAA), can come to the rescue. The oceans are already littered with sensors of this organization. And NOAA satellites vigilantly receive their signals, processing incoming information in order to warn of tsunamis, typhoons, hurricanes and other natural disasters.

That is, there is already where to start. What difference does it make whether to track an incipient wave or an atomic missile carrier under it?

The magnetometer doesn't care. The submarine is easier to spot. So experts (for example, Roger Bradbury of the Australian National University) believe that the "transparent ocean" is a reality. And the concept of building a fleet must be approached differently than before.

But this does not mean that submarines will completely or partially leave the scene. On the contrary, rather surface ships, the movement of which cannot be concealed, will go to historyhow the battleships left. As unnecessary.

It is clear that not all. Still, a certain part of the support ships and attack ships will remain. But the submarines will not only remain, but their role will be even more significant. The time when unmanned vehicles with magnetometers will flood the oceans will not come soon. Therefore, it makes sense, Bradbury believes, to pay attention to the development of submarines. A submarine that can withstand new tracking means is a very powerful move in the tactics and strategy of the future.

Accordingly, the corvette comes out on top among surface ships. Not an aircraft carrier, not a cruiser, not a destroyer. A small, cheap corvette capable of tracking down and destroying a submarine in conjunction with unmanned aerial vehicles. 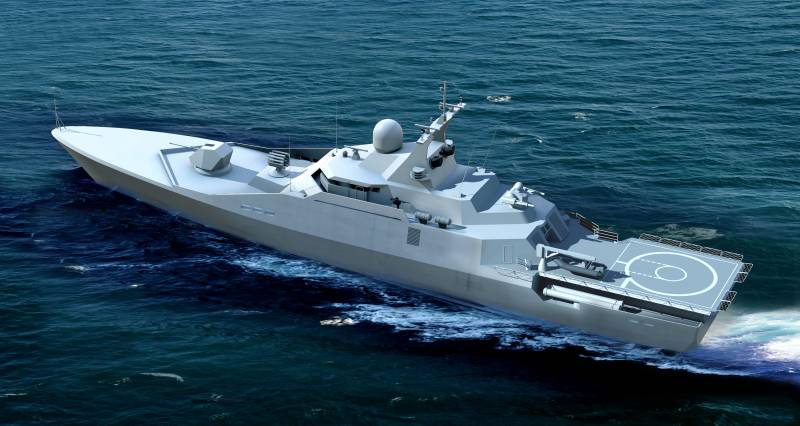 That is, we get a picture of the following plan: a corvette, which, using various drones, correcting its actions through satellites with other tracking and detection devices, will track down enemy submarines.

And what about submarines? Will they just hide in the deep?

Each submarine has torpedo tubes, through which the boat can also release its unmanned vehicles, which, rising closer to the surface of the water, will interfere with enemy vehicles, work as decoys, generating acoustic or magnetic signatures, or communicate with its satellites to determine where the enemy ships are.

That is, everything that today we call network-centric wars. But with an emphasis on the fact that anti-submarine warfare and attacks from submarines will become the basis at sea.

And here is literally one step to fleets, consisting of unmanned ships. From the drone boat to Poseidon. Indeed, why not build a fleet of unmanned ships? And in the place in the ship, which is occupied by the crew's life support system, "brains" and an additional supply of fuel will be installed, increasing the autonomy.

And aircraft carriers in this case can be used not only as carriers of attack aircraft, but also as platforms for the delivery of such vehicles, controlling them via satellites from a safe distance from the very coast, to which there is no point in approaching. 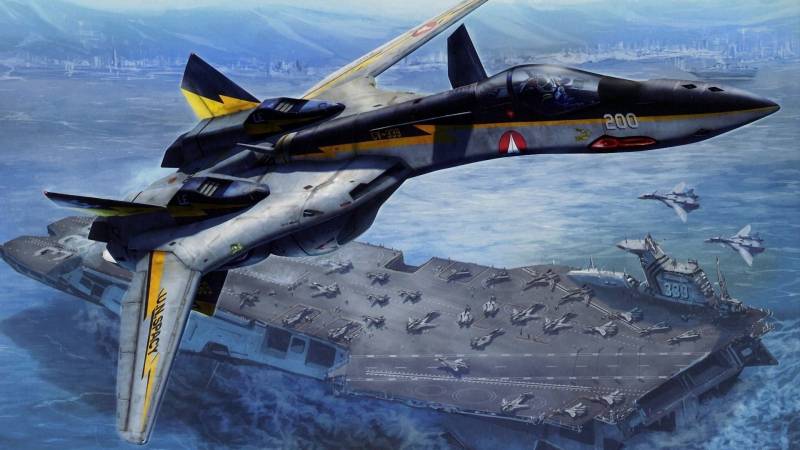 The same is true for submarines. It all starts with an underwater vehicle carrier, like the Russian K-329 Belgorod. And how it will end is very difficult to say.

But in fact, in the next few decades, we will obviously be able to witness a difficult battle of designers for increasing the working depth for submarines, saturating them with unmanned aerial vehicles for various purposes and, quite naturally, the emergence and deployment of new means of tracking submarines on the water surface.

Here we can agree with Davis and Bradbury that the next round of evolution is the creation of new (and no less deadly) ships and vehicles, the essence of which boils down to only one thing - control over territories and possible impact on the enemy. Nothing new.

However, the idea of ​​a "transparent ocean" is very interesting. But here it is up to the developers of magnetometers (quantum and conventional) and other equipment of the future. It will be able to provide detection of ships and submarines at the most unimaginable distances and depths.