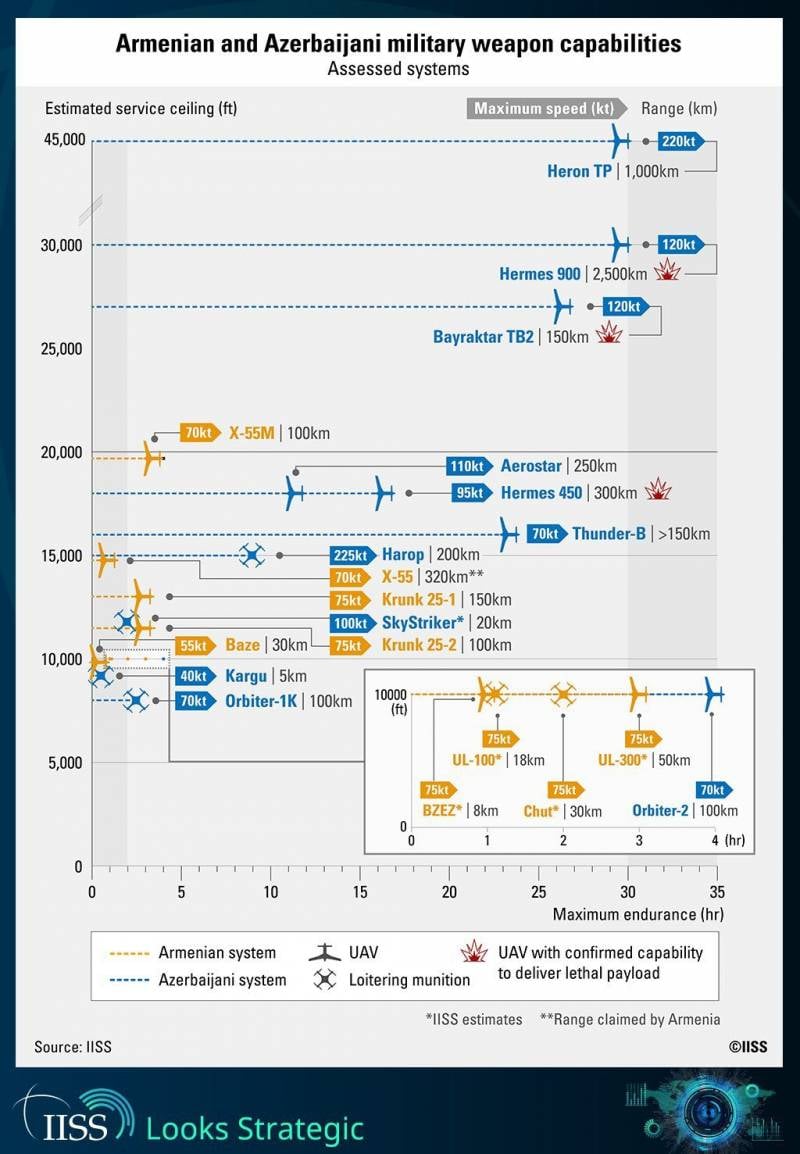 A characteristic feature of the current conflict in Nagorno-Karabakh is the widespread use of unmanned aerial vehicles of various classes. Such equipment is in service on both sides and is actively used to solve all major tasks. At the same time, the unmanned forces of Azerbaijan and Armenia cannot be called equal, which affects the course of the battles. Let's consider the main samples of UAVs of two countries.

UAV in the Air Force of Azerbaijan

Since the beginning of the last decade, the Azerbaijani Air Force has purchased and mastered modern unmanned vehicles of all major classes. Thanks to this, by now a fairly large UAV fleet has been created, capable of solving a wide range of tasks. Its potential has been confirmed in recent months, during the Nagorno-Karabakh conflict. 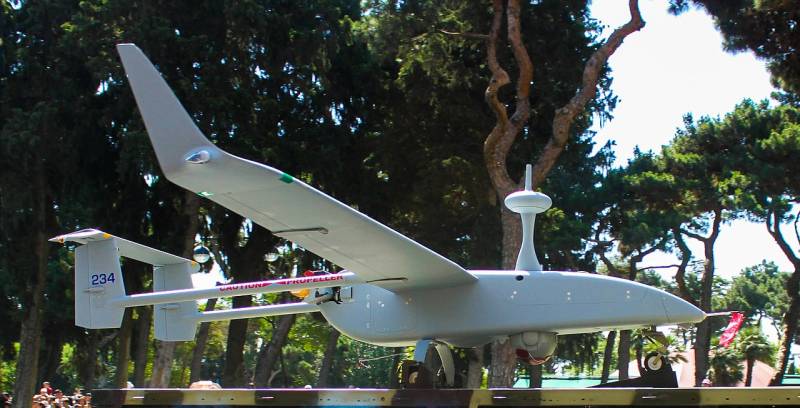 UAV Aerostar assembled in Azerbaijan. Photo Wikimedia Commons
It should be noted that the Azerbaijani UAV fleet is critically dependent on foreign countries. Only foreign-developed samples have been adopted for service, there are no own drones. The bulk of equipment, incl. most important, it was purchased ready-made. At the same time, it was possible to arrange the assembly of some UAVs at our own enterprises, but with the highest share of imported components.

The Orbiter Mini series of light reconnaissance UAVs developed by the Israeli company Aeronautics Defense have been adopted. There are three modifications of this technique with optics on board. The Orbiter 1K unified loitering ammunition is also used. Since the middle of the last decade, the assembly of such drones has been carried out in Azerbaijan. The Israeli-made Elbit Skylark 3 devices also belong to the lung category.

Turkish drone Bayraktar TB2 - the main "star" News. Wikimedia Commons Photos
The fleet of medium reconnaissance UAVs includes several different types of equipment. The Elbit Hermes 450 were one of the first to enter service, and the Hermes 900 were later purchased. Israel also supplied IAI Heron and IAI Searcher drones. Aeronautics Aerostar products of the same class are produced in Azerbaijan under license. As follows from the available data, a total of several dozen complexes of these types are in service.

The Turkish-made Bayraktar TB2 medium reconnaissance and strike UAVs are of particular importance for the Azerbaijani Air Force. According to various sources, there are already dozens of such products, and new deliveries are possible in the near future. The UAV of this model, with a takeoff weight of up to 650 kg, is capable of carrying several types of Turkish-made guided missiles and bombs. The strike potential of "Bayraktar" is used in the most active way to combat enemy ground targets. 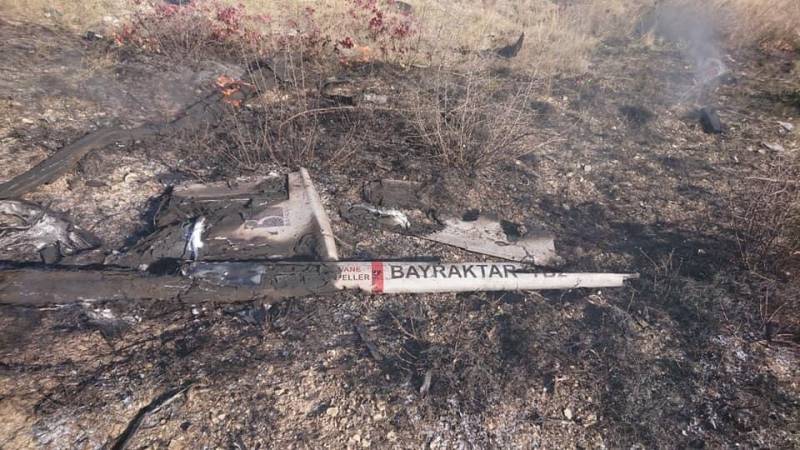 Downed "Bayraktar". Photo Lostarmour.info
Given the current trends in the development of unmanned aviation, The Air Force of Azerbaijan in the mid-tenths began to actively purchase the so-called. loitering ammunition. Even then, Israeli IAI Harop ammunition was purchased and used for the first time in a real operation. Later, Elbit SkyStriker and Orbiter 1K entered service. Loitering ammunition was purchased ready-made in the amount of 50-100 units.

Thus, a sufficiently large and developed fleet of unmanned aerial vehicles has been created in the Air Force and Army Aviation of Azerbaijan. There are dozens of light and medium reconnaissance and reconnaissance-strike vehicles. Hundreds of loitering ammunition were also purchased. All this technique is actively used in Nagorno-Karabakh and demonstrates its potential. With its help, reconnaissance and identification of targets are carried out, at which loitering ammunition or strike UAVs are then guided. 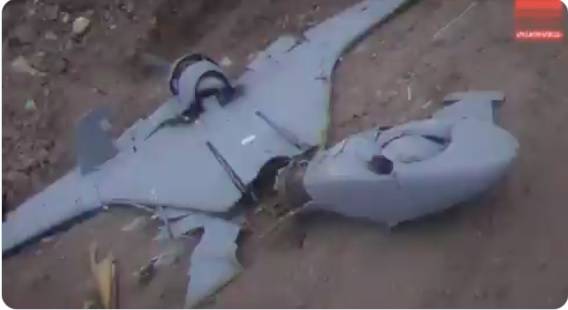 Loitering ammunition IAI Harop, which did not hit the target. Photo Lostarmour.info
However, not everything goes smoothly, and there are losses. A number of UAVs, incl. the much-touted Bayraktar TB2 is hit by ground fire. In addition, there are cases when loitering ammunition missed or fell without finding a target. However, with all such problems, Azerbaijan continues the combat use of drones, and Armenia suffers significant losses because of them.

Due to limited capabilities, the Armenian armed forces have not yet been able to build a large and developed unmanned air fleet. At the same time, all possible measures are being taken, and new models are being put into service. Most of the Armenian UAVs are of local origin. The development and production of such equipment is carried out by several local companies, mainly using imported components. 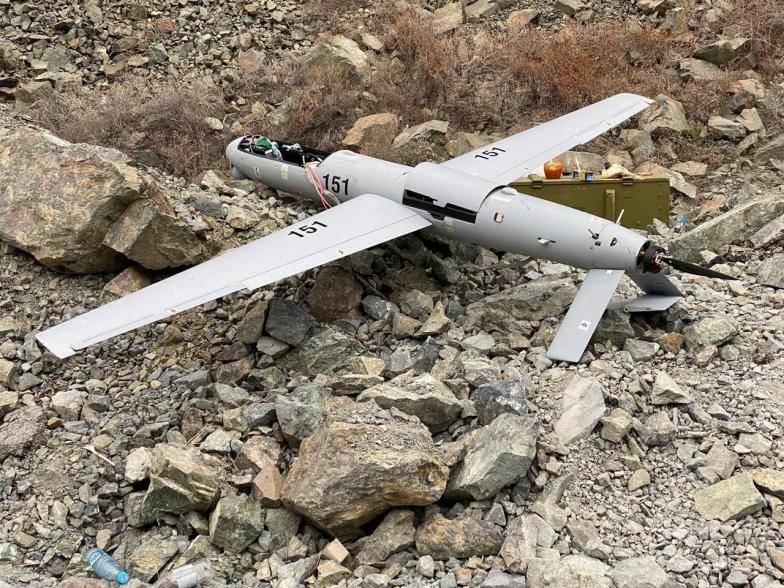 Downed SkyStriker ammunition. Photo Lostarmour.info
The smallest characteristics are shown by the UL-100 and UL-300 light aircraft type drones. They are capable of conducting reconnaissance at distances of up to 50 km, and, if necessary, are equipped with a warhead and become patrolling ammunition. Also, the Baze complex with a light UAV is used as a means of observation and reconnaissance.

Since the beginning of the last decade, the army has received drones from the Krunk family. They are classified as middle class UAVs; maximum take-off weight reaches 60 kg, payload - up to 20 kg. To date, three modifications of "Krunk" have been created with different features. All of them are intended for reconnaissance and target designation, for which they carry an optical-electronic unit. The average X-55 drone, created in the mid-tenths, has similar characteristics and capabilities. To date, it has been modernized with an increase in characteristics. 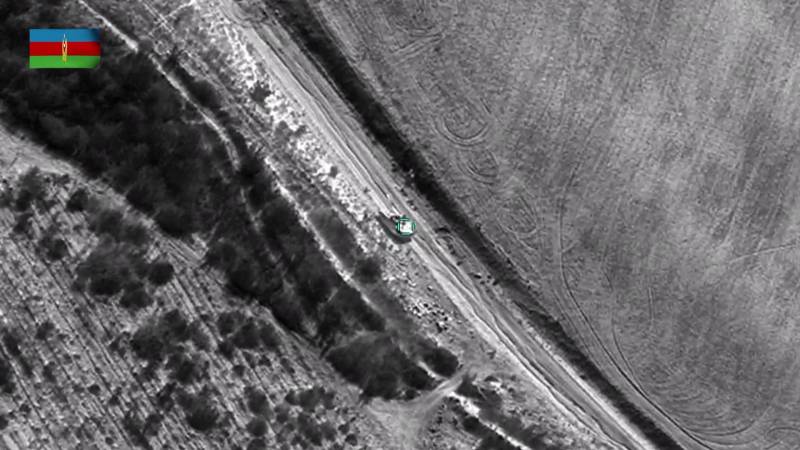 The battlefield "through the eyes" of an Azerbaijani UAV. Photo of the Ministry of Defense of Azerbaijan
Attention is paid to the concept of loitering ammunition. So, at distances up to 8 km, it is possible to use a disposable quadrocopter "Bzez" with a 4,6-kg warhead. It is known to develop other products in this class.

In terms of the total number and nomenclature, the unmanned aviation of the Armenian Air Force is seriously inferior to its Azerbaijani competitors. This is due to objective economic, technical and organizational constraints. At the same time, attempts are being made to remedy the situation, and some of them are successful. 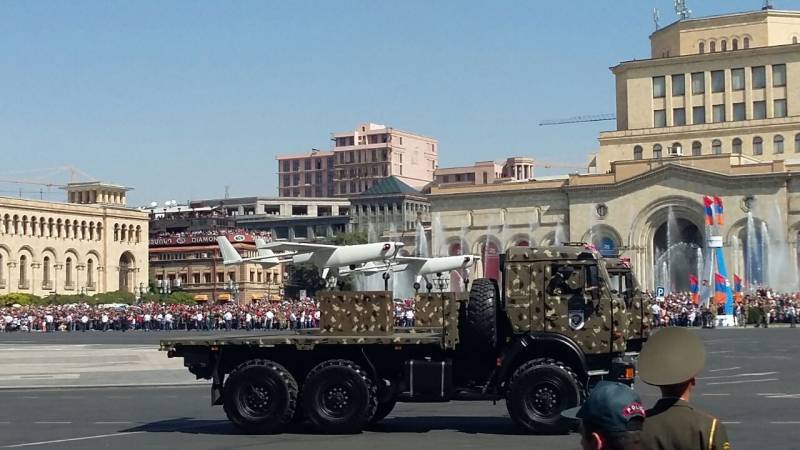 Armenian unmanned complex "Krunk-25-1". Photo Wikimedia Commons
However, it is very far from parity. So far, the drones of the Armenian Air Force can only conduct reconnaissance, and the strike capabilities are provided by extremely few light patrolling ammunition. At the same time, the UAVs carry out target designation for other fire weapons, superior in power to unmanned aircraft. In general, the potential of drones is limited, which affects the overall capabilities of the army.

Having economic advantages over its neighbors, Azerbaijan has been able to partially modernize its armed forces in recent years. One of the foundations of this renovation was the construction of a developed fleet UAVs of all main classes. Armenia did not have such opportunities, but also tried to keep up with the times. As a result, at the moment both countries have their own parks of drones of different classes and types, but they can not be called equal in any way. 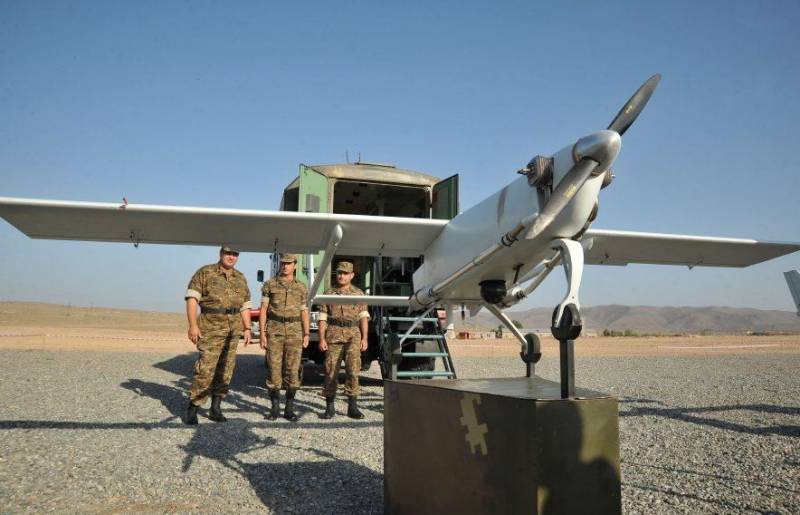 Product X-55. Photo Wikimedia Commons
The current conflict in Nagorno-Karabakh, in general, does not show any fundamentally new ideas in the context of unmanned aircraft. And before him, it was well known that UAVs are a convenient and effective means of reconnaissance, that the use of attack drones allows you to hit targets without any risks to people, and that the fight against such equipment is quite difficult. It is also clearly shown once again that an army without a developed and modern air defense system, ready to repel current threats, is exposed to increased risks due to UAVs.

Apparently, the armies of all developed countries are watching the conflict and the actions of their parties with great interest, with special attention paid to the use of modern unmanned systems. Analysis of the incoming data will allow you to clarify your plans for the future and improve new samples of unmanned vehicles. In addition, current events will certainly be taken into account in the development of air defense.

The conflict between Azerbaijan and Armenia has clearly demonstrated that UAVs of all main classes can now be in service with not only large, rich and industrialized countries. Such equipment is necessary for other states as well, since it allows to increase the combat effectiveness of the army with small forces. Accordingly, armed forces that neglect unmanned aircraft seriously limit their development.