NK-32-02 engines and the future of long-range aviation 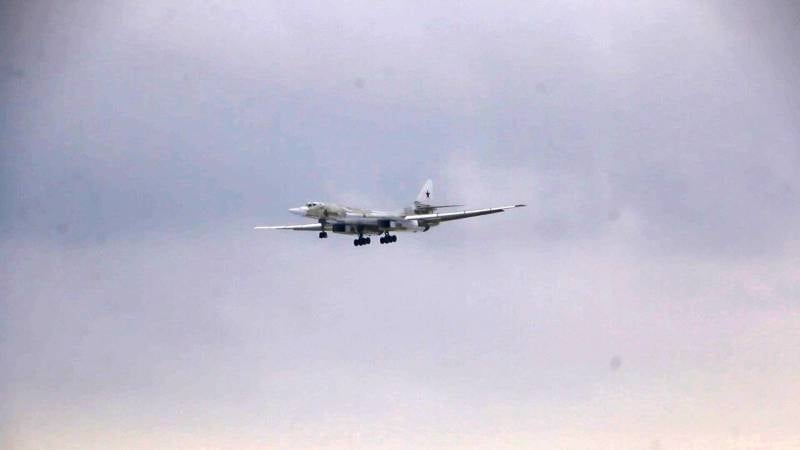 The program of modernization and resumption of the construction of Tu-160M ​​strategic missile-carrying bombers continues. One of its key components is the project of the upgraded "second series" engine NK-32-02. By now, the engine has been brought up to series, and serial products are tested in the air.

News of the year

This year, optimistic news on the project to resume production of NK-32 turbojet engines. So, in February, during the visit of the delegation of the Ministry of Defense to the production of PJSC Kuznetsov, it was announced that the project was proceeding in accordance with the schedule. At the same time, a search was made for ways to speed up work.

At the Army-2020 forum in August, the United Engine Corporation announced the completion of the manufacture and testing of the first pilot batch of NK-32 engines of the second stage. The products fully comply with the requirements and are accepted by the customer.

By that time, all preparations for serial production had been completed. Moreover, it was launched and the delivery of new NK-32-02 products has already begun. UEC has promised to increase the rate of production of engines to meet the requirements of the Tupolev company and the Ministry of Defense.

Ready-made serial engines arrived at Kazan aviation plant for installation on modernized aircraft. On November 3, the updated Tu-160M ​​"Igor Sikorsky" made its first test flight with NK-32-02 engines. This aircraft has been in flight tests since February, but it has still flown with the old model's power plant. 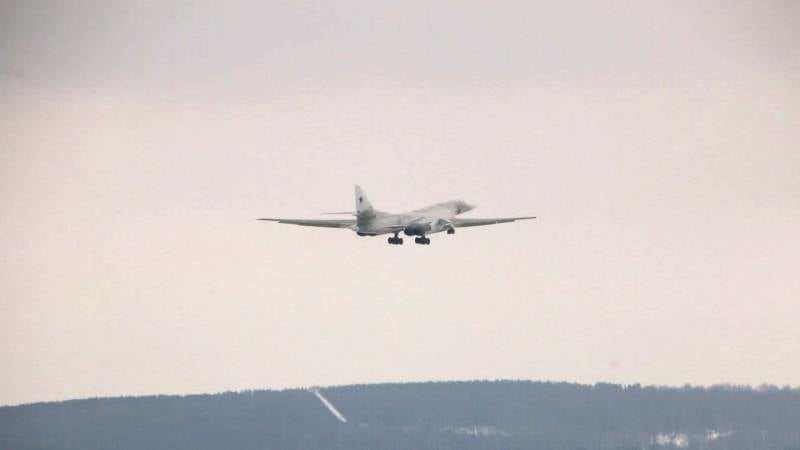 Test flight February 2, 2020 Photo by KLA
The flight lasted 2 hours 20 minutes. and took place at an altitude of 6 thousand meters. The purpose of the flight was to test general aircraft systems and new types of electronic equipment. In addition, the performance of the new engines was appreciated. The flight proceeded normally, there were no comments on the operation of systems and assemblies.

Serial production of the first modification of the NK-32 turbojet engines was launched in 1983 at the sites of the Kuibyshev NPO Trud. It was carried out solely in the interests of building strategic Tu-160 bombers. The assembly of the engines continued until 1993 and essentially stopped with the construction of the aircraft. For 10 years Trud has assembled about 250 engines. Due to this, it was possible to equip more than 30 built aircraft and create a solid warehouse stock of ready-made engines and spare parts.

Over the next decades, the operation of the Tu-160 was ensured through timely maintenance and repair of engines. As the engine resource was depleted, remotorization was carried out. A sharp decrease in the fleet of combat-ready aircraft and a decrease in the intensity of flights after the collapse of the USSR made it possible to somewhat limit the development of a resource and the need for new engines. However, in the future, discussion began on the restoration of their production - now it has given real results.

The main goal of the recent work was the restoration of production, which had been stopped in the early nineties. For this, it was necessary to reconstruct production facilities, deploy various lines and master new technologies. New principles of production logistics have been introduced. The modernization of production was carried out with the involvement of specialized institutes.

It was also envisaged to update the design of the NK-32, taking into account the latest achievements of science and technology. In this context, new design solutions and modern production technologies were used. Due to such modifications, it was planned to improve the main characteristics of the engine and thereby increase some parameters of the aircraft. 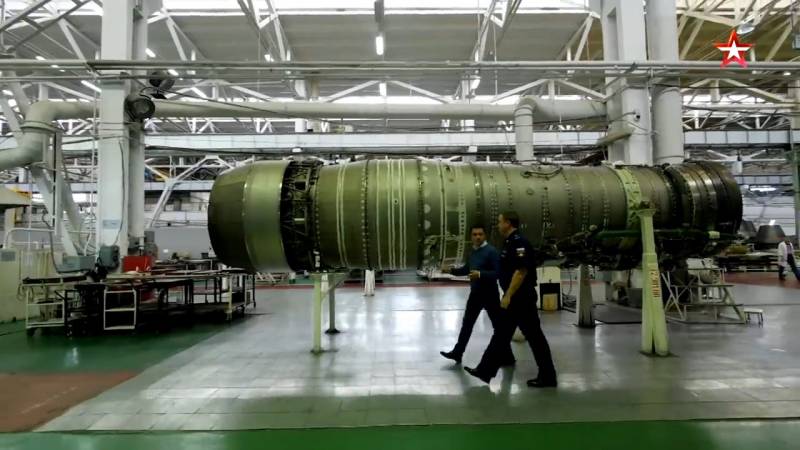 NK-32-02 at the Kuznetsov plant. Shot from shopping mall "Military acceptance", shopping mall "Zvezda"
According to known data, the modernized NK-32-02 retains all the main features of the architecture and design. It is still a two-circuit, three-shaft engine; the compressor retains high and medium pressure stages, while the turbine has high, medium and low pressure stages. At the same time, some components were updated and a modern control system was used.

The main characteristics remained the same. Afterburner thrust - 25000 kgf. At the same time, due to various modifications, it was possible to reduce fuel consumption by about 10%. It is argued that by increasing the efficiency, the maximum flight range of the Tu-160M ​​will increase by 1000 km or more, depending on the mode. At the same time, there is no need to increase tanks or refuel in flight. Accordingly, the combat potential of the missile carrier is growing.

The deliveries of serial NK-32-02 engines began this summer. It is not known how many items the Kazan aircraft plant managed to deliver over the past months. At the same time, it is obvious that at least four engines were supplied to production, i.e. kit for equipping one Tu-160M ​​aircraft. Probably, deliveries continue, and the stock of motors at the plant is growing.

The production of engines is carried out under a 2018 contract, which provides for the delivery of 22 products over the next several years. Its implementation will allow to re-equip five bombers and leave two products in stock.

According to known data, the current plans of the Ministry of Defense provide for a deep modernization of 15 Tu-160 combat bombers to the "M" state. Since then, several aircraft have undergone repairs and upgrades, however, only one of them has received serial NK-32-02 engines. As the modernization continues, the next machines will receive such engines. Then remotorization of the previously updated technique is possible. 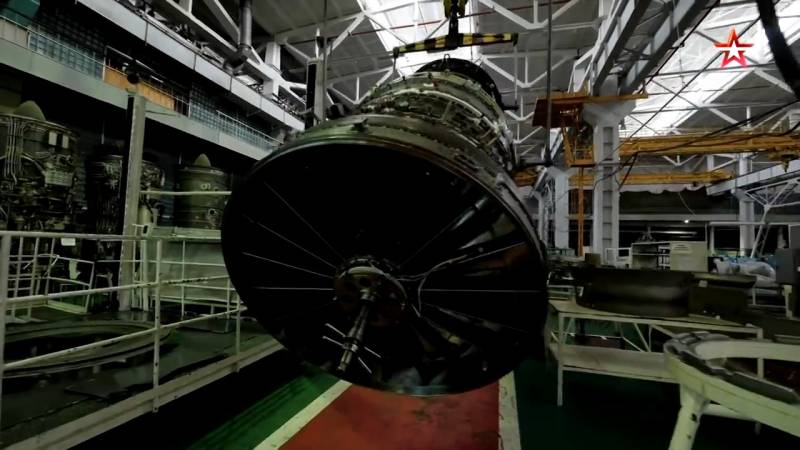 Compressor of a new engine. Shot from shopping center "Military acceptance", shopping center "Zvezda"
The construction of the new Tu-160M2 series bombers has begun, which will initially be equipped with modern engines. The first of them will take off next year, and nine more will be built in the future.

It is easy to see that the existing contract for the NK-32 engines of the second series is insufficient to fulfill all the plans for the modernization and construction of aircraft. So far, only 22 engines have been ordered, while the needs of the aircraft building program in its current form reach 100 units, not counting the stock. This shows that a new order for engines in large quantities may appear in the near future.

It is curious that the prospects for the NK-32-02 are not limited only to the projects of the Tu-160 family. Earlier it was repeatedly reported that on the basis of this engine a new product would be created for use on the promising PAK DA bomber. It was also proposed to perform on the basis of the NK-32 an engine for the transport An-124.

Over the past several decades, programs have been launched to modernize Tu-160 bombers of one kind or another. Several years ago, they decided to resume production of such aircraft. However, all these programs and plans had a weak point - the lack of production of NK-32 engines. When planning the development of long-range aviation, one had to rely only on the available stocks.

The obvious - but very difficult - way out was to restore engine production. The solution to this problem took several years and still led to the desired results. UEC and Kuznetsov not only resumed the production of engines, but also upgraded them to optimize their performance.

As follows from the published data, the production rates of the NK-32-02 engines are still small, but they are sufficient to fulfill the existing plans for the repair and construction of aviation equipment. Thus, the main problem in the context of operating and maintaining the Tu-160 (M) has been successfully resolved, and there is no need to worry about the future of long-range aviation.

Ctrl Enter
Noticed oshЫbku Highlight text and press. Ctrl + Enter
We are
Hypersonic "Dagger" on the Tu-160. Reality or fiction?An-12 in Afghanistan
46 comments
Information
Dear reader, to leave comments on the publication, you must to register.