What worries the Americans about Marshal Shaposhnikov? 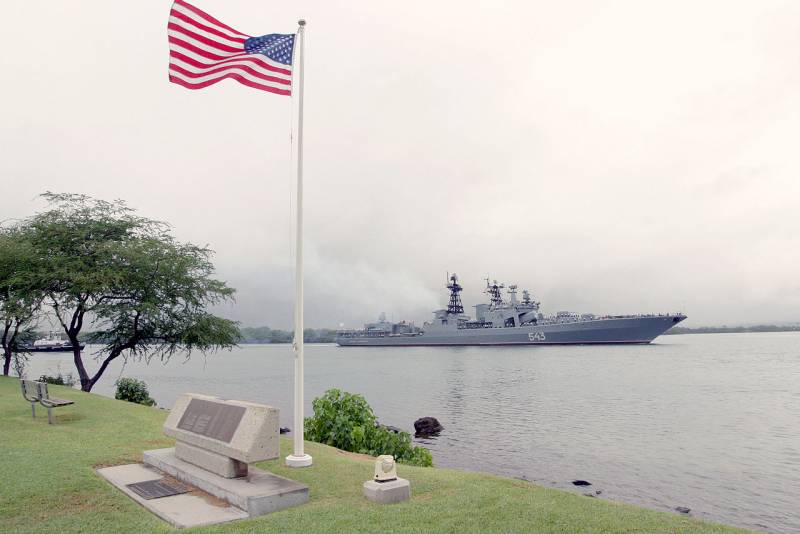 Many specialized media in the United States such as The National Interest, The Drive, and others have already given news and comments on the release of our "Marshal Shaposhnikov" from repair to sea trials.


The news itself is so-so: what is it about the next repair of an old ship? Is that the modernization of its strike missile weapons: instead of an openly defensive anti-submarine ship (which, in fact, were the ships of Project 1155), armed with anti-submarine missile-torpedoes "Rastrub", suddenly there was a strike ship, stuffed with modern missile systems.

Anti-ship missile system "Uranus". Onyx is serious weapon, capable of puzzling a ship of any class, and the tasks will be from the section "Survival in critical situations".

UKSK 3S14 and Caliber NK do not need any introduction at all, not that the hit of the season, but who wants to check?

A lot of work has been done. 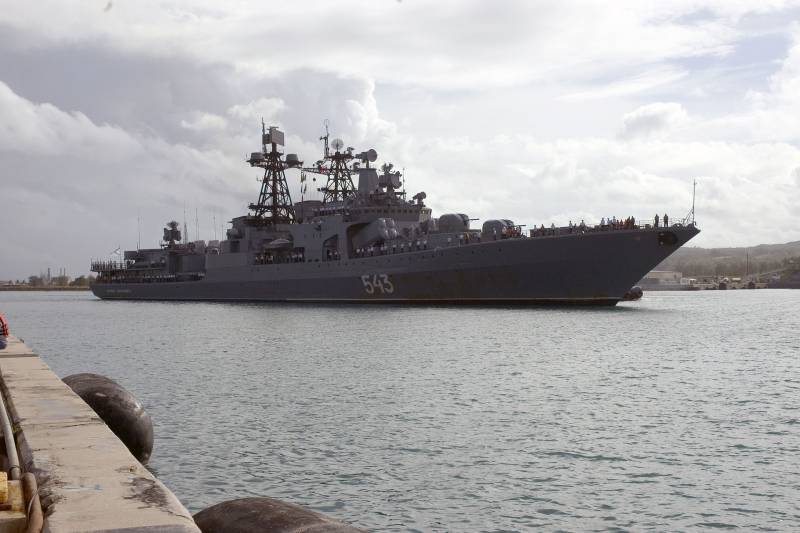 In general, in fact, Project 1155 is a very successful platform for the deployment of a wide variety of weapons. If we could in a reasonable time modernize all the remaining ships of this family (and we have 8 more, if we count the "Admiral Kharlamov" in reserve), then such a good strike fist would turn out. Unless, of course, you do not spray ships all over fleetsthan we love to sin.

Why did it happen that almost all the American media in our profile paid attention to this? Is it possible that one old (1986) ship, albeit armed with modern means of destroying enemy ships, can really scare the US Navy?

Not "Calibers" and "Onyxes" are terrible for the Americans, but the sums and years.

It's no secret that our fleet is as far from ideal as the Arctic is from the title of a resort. And yes, our ships are very, very old, for the most part. There is no desire to even touch this topic, since everything that can be used to threaten the adversaries is all Soviet construction. This applies to ships with a displacement above the corvette. Excluding, thank God, submarines. Here we still know how.

But who said that the Americans have everything so luxurious? Who said that the interests and frontiers of the United States are guarded by the brand-new ships that are ready 365 days a year to tear to pieces any adversary who dared ...?

The fact of the matter is that no.

If you look at the payroll of the US fleet, then upon closer examination it will become clear that they have no less hemorrhoids than we do. Yes, there are more ships. Yes, ships are stronger. This is true.

But, in turn, this also suggests that even more money will be needed for repairs and maintenance.

With this case, the Americans already have problems above the waterline, but who says there will be fewer of them? No, of course, if the kingstones are opened, then yes. 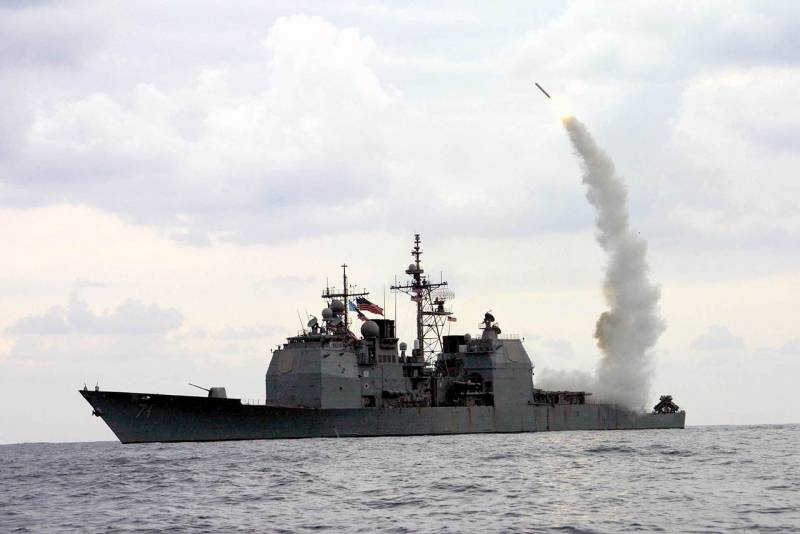 Nice ship? Good. There is something to hit. Let's compare? "Marshal Shaposhnikov" has 8 "Uranians" against the same number of "Harpoons" "Ticonderogi". But our ship has 16 launchers with "Caliber", and "Ticonderoga" - 122 for missiles, including "Tomahawks". The difference is, as it were. Arleigh Burke has slightly fewer cells, 96. But both ships use a subset of the cells to launch ship-to-air missiles.

So the American cruiser has 26 ammunition for the Tomahawks, and the destroyer has from 8 to 56, but who will load the full b / c is a question.

But in principle, this is not so essential. American ships are a priori strike ships and they have something to beat. In theory.

In practice, we look to where we always grieve. For the year of issue.

I'll start with Ticonderogo. Nice ships, but ... ancient. As ours, one might say. It is not surprising that at one time these cruisers quite normally met with our ships (still in the BOD status), because the newest of the Ticonderogs, Port Royal, entered service in 1994. And the oldest remaining, Bunker Hill, was in 1986. 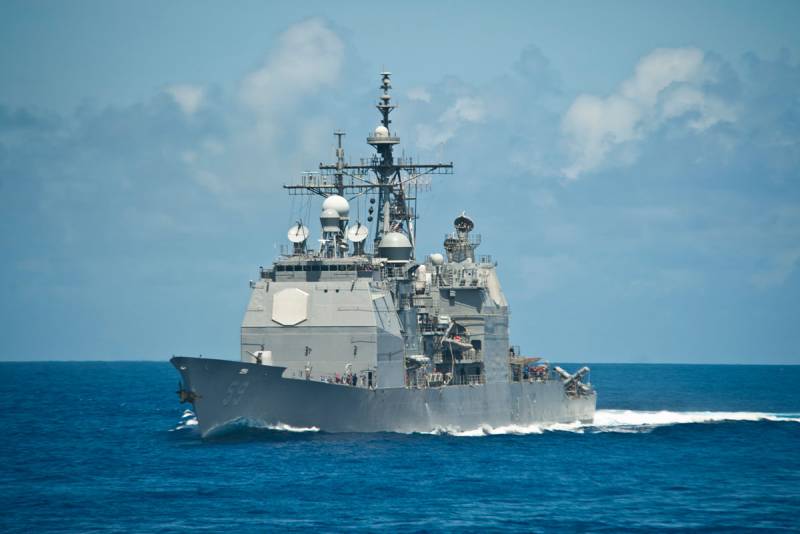 Against this background, 1986, the entry into operation of "Marshal Shaposhnikov" does not look something so ... extraordinary. Yes, "Hilla" should have been cut last year, but not. And the "Port Royalu" generally extended the service life right up to 2045.

And what do we conclude from this?

And the conclusion is this: old ships are still excellent platforms with great potential for modernization. The "Shaposhnikov" did not make the "Ticonderoga", even the "Arlie Burke" does not pull, but it is quite a sane multipurpose attack ship. 16 "Caliber" versus 32 "Tomahawk" ... Although, like "axes" reach the target ... In the same Syria ... "Caliber" is clearly preferable to look.

It is clear that if you release everything that is from 10 cruisers, it will not seem enough to anyone.

But: 4 years of work with Shaposhnikov. Replacement of all or almost all weapons. Replacement of detection and countermeasures. How much money was spent on this, of course, no one will ever say for sure, for obvious reasons.

But the Americans will still have more.

Are these new ships? I beg to differ. 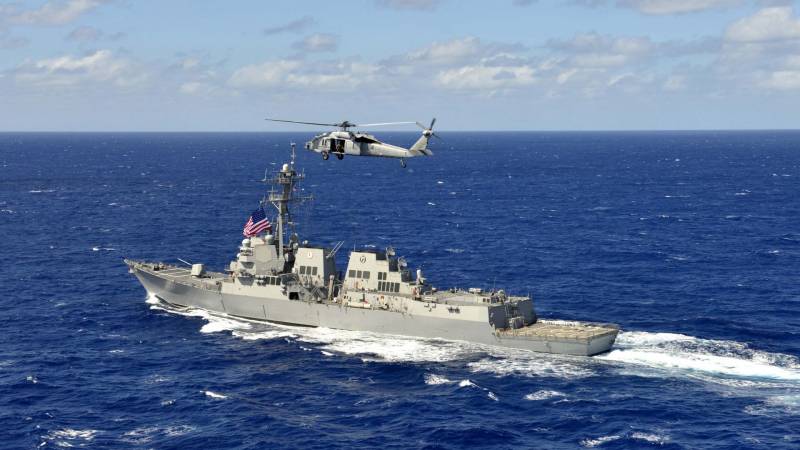 And then why are our ships considered old? Because they are. Old. Built over 30 years ago.

And American ships do not shine with novelty. I haven't touched the aircraft carriers yet; if you look at the head Nimitz, you can't help but cry. Into the voice. Especially if you are a US budget.

But we are talking about cruisers and destroyers for now.

In reality, the situation is sad for Americans. Unfortunately, for good luck, but our ambitions in "building a fleet of a distant ocean zone", "displaying the flag" and other nonsense came across the fact that we would not actually build anything. We have a lot of things missing in the country, from money to labor. But the main problem is the lack of honest and intelligent leadership.

So for now, all these projects will remain as projections, and we will launch extremely small rocket ships that will not be able to display a flag anywhere, but with "Caliber", which is typical, they will reach.

But Russia is not "the ruler of the seas", in fact, we do not need it as much as the United States. We are not a global gendarme, we do not establish order with the help of AUG around the world, and we do not have a single such group. Fortunately.

But unfortunately for some part of America, they have a fleet. And this fleet will not even demand money. He will demand a SUM for its maintenance and repair.

Because, in fact, the Americans are looking at how we modernize our ships, what we build. What China launches. Because all this will have to be answered adequately. Including the Chinese destroyers of Project 055, which (despite the fact that the destroyers) will be considerably heavier than the Ticonderogs. 12 tons of displacement against 000. And who is the cruiser? And there are already 9800 such ships on the water ...

Question: Will the USA win, and at what cost, if they do, this race?

It's not an easy question. I deliberately do not take submarines, whose business is simply to destroy the world. We are not talking about this now, but about surface ships that determine the naval policy of countries. And what it will cost the budgets. 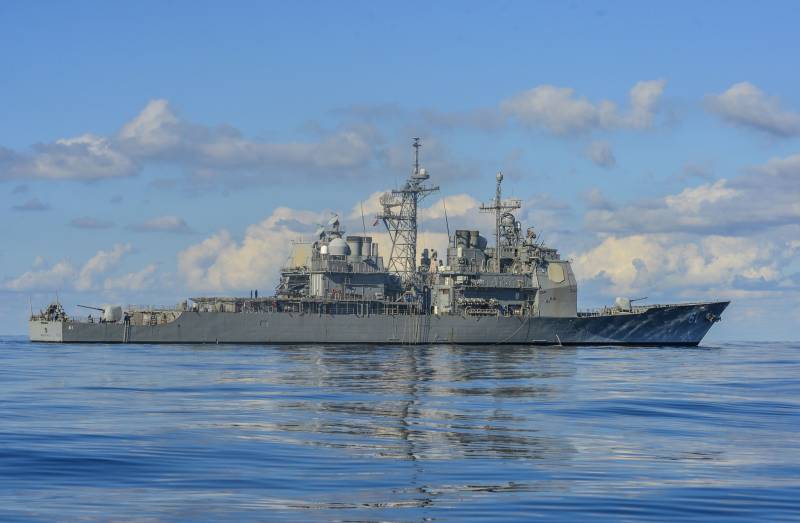 It's good that Russia is not striving for a leading position in the ocean, except on paper. This is really good for the country, because today we will lose any arms race, except the virtual one.

Another question: will the United States win?

There is such a concept in storiesas a "Pyrrhic victory". This term is perfectly applicable to what is taking shape in the US Navy today. A huge (more than 40) number of ships, which in the near future should receive new equipment and weapons. They should, because the world does not stand still, and the fleet is obliged to respond to all changes around.

And around the huge and not very efficient US fleet, changes are taking place. Yes, maybe, unfortunately, the main stream is not coming from our side, but we are doing our bit. Not mythical "Poseidons", which amused everyone, but quite real "Caliber" and "Onyx", which can sadden many.

Put old ships under the knife and build new ones? Not an option. Congress opposed. It is equally unclear whether the approval of the program for the development of the American fleet up to 500 ships will pass through Congress.

Not to repair or modernize? Well, even we have already abandoned this path. It leads to sedimentation tanks filled with rusty ships. 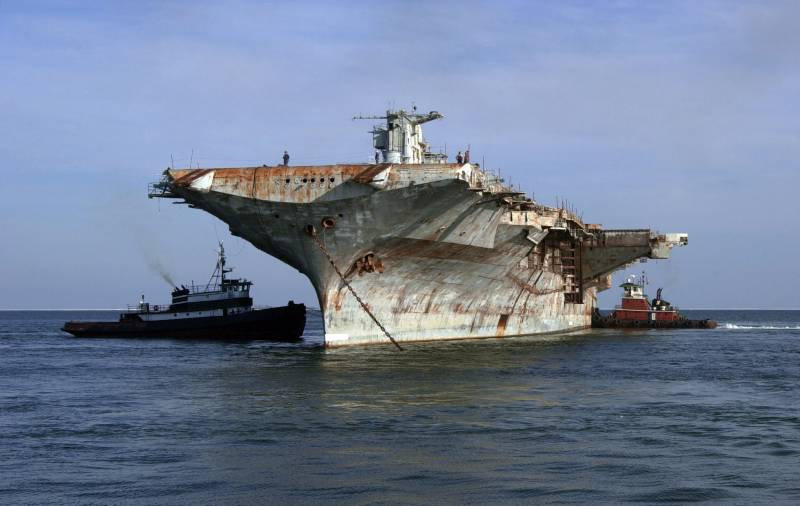 The Russian navy received a very interesting and versatile warship at its disposal. Yes, so far, unfortunately, one. But we have something to start from, as already mentioned above. 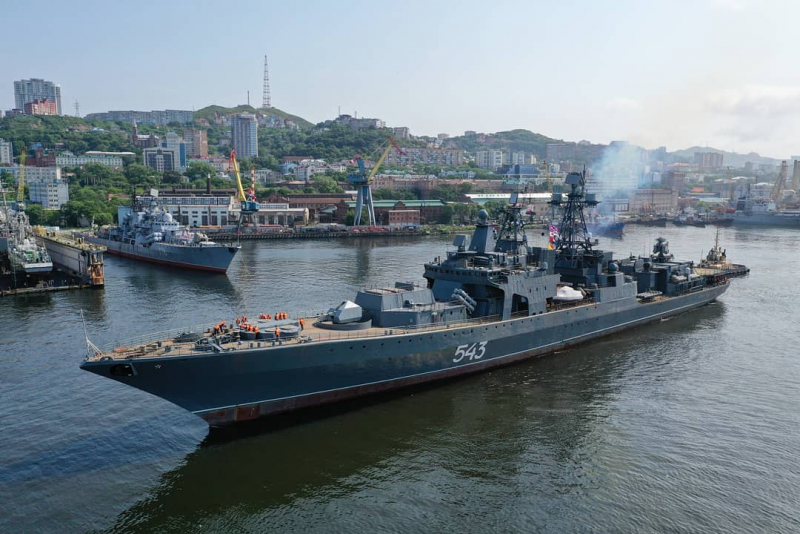 Will there be an answer? And how much it will pull in billions of dollars is very interesting.

And the most interesting thing is that the Americans have long been hostages to their policies. And they cannot but respond to any challenge from any country. Be it a radical modernization of an old BOD or the construction of a new destroyer. This is how everything is arranged for them that they will have to answer. Dollar.

Otherwise it is impossible. Otherwise, Russians (Chinese, Indians) might think ... However, this is a separate topic for reflection.

Ctrl Enter
Noticed oshЫbku Highlight text and press. Ctrl + Enter
We are
Russian Navy. A sad look into the future: domestic destroyersCircles over "Leahy"
97 comments
Information
Dear reader, to leave comments on the publication, you must to register.