To bombard the Donbas with RS-80 aircraft missiles? "Stimulus" for the Ukrainian military-industrial complex 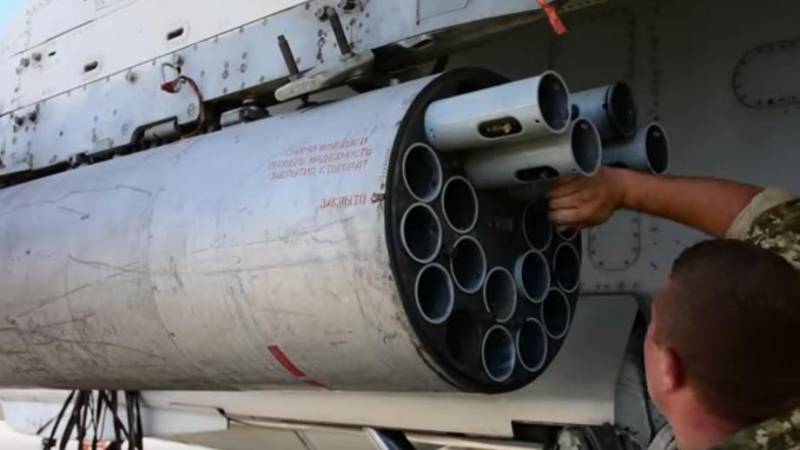 Apparently, the conflicting forecasts of network experts for once came true: Ukraine really began to experience a serious shortage of ammunition, including for artillery and MLRS. This joyful for Donbass news voiced on Ukrainian television by the ex-head of the Security Council of Ukraine Alexander Turchinov. He also said that recently Ukraine has practically lost the ability to produce ammunition.

“You know, now such a terrible conflict has begun again around Nagorno-Karabakh. This conflict shows that large-scale use of weapons, artillery weapons, multiple launch rocket systems. I just know our reserves. For some positions, sorry, we may have enough ammunition for a week of active hostilities. This is dangerous, we need powerful reserves, powerful own production of modern weapons - this is what we have been doing throughout the entire time. You know, I was directly involved in the missile program of Ukraine. And it hurts me to watch how it all freezes without any explanation. "
- said Turchinov.

Necessity for invention is cunning: Kiev is already looking for ways to find alternative ways to destroy the population of Donbass.

On October 12, on the air of one of the Ukrainian TV channels, the former speaker of the Ukrainian General Staff Vladislav Seleznev voiced the "peace-loving" initiatives of Kiev: to compensate for the lack of ammunition with unguided aviation missiles RS-80. According to Seleznev, Ukraine received large stocks of RS-80s from the USSR, and later the missiles were modernized, in 2018 Voennoye Obozreniye already wrote on the tests in Ukraine of samples of an 80 mm unguided aviation missile. This is the RS-80 Oskol missile, which in Kiev was called "entirely Ukrainian design."

Vladislav Seleznyov also expressed confidence that the use of such ammunition in Donbass will not only provide an additional incentive for the work of the Ukrainian military-industrial complex, but also fully comply with the terms of the Minsk agreements, since "they are not prohibited by this document."

Earlier, the Ukrainian holding company Artyom, which is part of Ukroboronprom, announced its early readiness to transfer several hundred RS-80 missiles to the Ukrainian Armed Forces. According to representatives of the Artyom company, the design of the missile provides for the possibility of equipping it with various warheads and fuses, including for combating UAVs as part of anti-aircraft missile systems.

“Thanks to intensive work, we managed to fulfill our contractual obligations ahead of schedule and we are ready to symbolically transfer the first batch of these newest missiles by the Day of the Defender of Ukraine. Due to the increased weight of the warhead, the RS-80 can penetrate 400 mm of armor at a launch range of 1,2–4 kilometers. We are convinced that it will worthily prove itself in the service and look forward to continuing the production of the RS-80 for the needs of the security and defense forces of Ukraine ",
- said the head of the enterprise Vladimir Zimin.

What are words worth?

By themselves, such statements by Ukrainian speakers during the truce and in the context of the discussion of the upcoming meeting in the Normandy format are not only invaluable, but also make us think seriously about the viability of any attempts to seriously negotiate or discuss any issues with Ukraine. At the same time, here, of course, it is necessary to make a serious amendment to the Ukrainian projection, which may well be crowned with another cut of budgets and a couple of victorious reports, in order to then sink into oblivion. At the same time, it would be silly to believe that Ukraine can be held back from the shelling of Gorlovka or the outskirts of Donetsk with the RS-80. Suffice it to recall that in 2014 the use of Tochka-U ballistic missiles was discouraged only by the fact that the vast majority of missiles fell without firing, and some exploded at the start.

Probably, the seriousness of this situation should be studied in detail, and not only at the level of the people's militia corps, but also at the level of Russian experts. And also to give appropriate publicity to the statements of the Ukrainians. However, everyone is already accustomed to the fact that not only words, but also real war crimes in Kiev meet only the duty “deep concern”.

Ctrl Enter
Noticed oshЫbku Highlight text and press. Ctrl + Enter
We are
Situational analysis of the death of the MH17 flight (Malaysian Boeing 777), made on the basis of engineering analysis from 15.08.2014Results of the week. "God forbid to see Russian revolt, senseless and merciless!"
38 comments
Information
Dear reader, to leave comments on the publication, you must to register.