Waiting for a revolution: from TEM to Nuclon 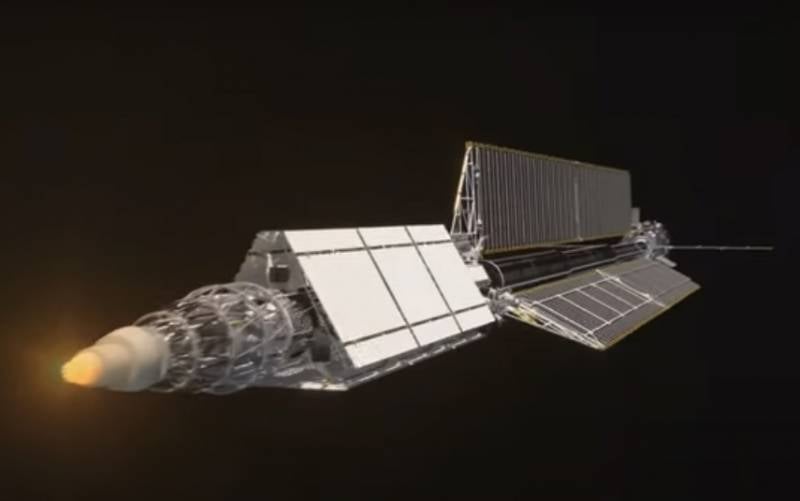 The most interesting and promising project in the rocket and space sector will soon enter a new stage. In the near future, the domestic industry will begin the development of the promising space complex Nuclon. It will be based on a transport and power module with a nuclear power propulsion system, work on which has been going on for several years.

New materials and messages on a promising project appeared a few days ago. First, a demo video and photographs from the workshops of the Arsenal Design Bureau (St. Petersburg), which is responsible for the manufacture of some units for the transport and energy module (TEM), got into free access. The pictures show the finished farm itself and with installed protective screens, radiator panels, engine compartment and other products.

On September 16, TASS published official reports on this project. Roscosmos executive director for promising programs and science Alexander Bloshenko said that by the end of this year a contract will be signed for the development of a preliminary design for a space complex called Nuclon.

The basis of the complex will be a TEM of open architecture, based on the existing developments. This product is considered as a "space tug" for transporting various payloads and conducting complex scientific missions. A nuclear power plant (NPP) of a megawatt class has been developed for Nuclon, capable of meeting all the needs of the complex.

A. Bloshenko revealed the current plans for the operation of new equipment. Work on the Nuclon will be completed by 2030, after which the first flight will take place. It is proposed not to conduct test flights, but to go straight to the actual operation of technology in the interests of science. 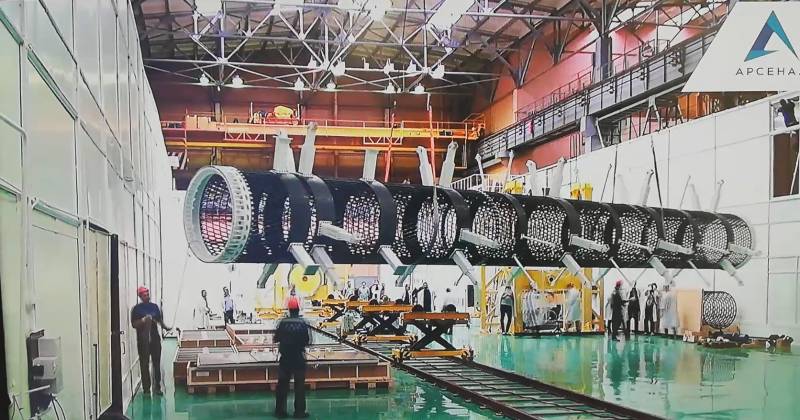 A special scientific complex with several main components will be created for Nuclon, which will become the load for the tug. In 2030, the tug and the target load will be separately launched into orbit, after which docking will take place. In the same year, the complex will fly to the moon, where it will conduct a number of studies and drop the orbiter.

The second phase of the mission involves a flight to Venus. At this stage, it is possible to carry out tests for refueling a tug in flight - xenon will be transferred on board, which acts as a working fluid in a special rocket engine. In orbit of Venus, the second payload drop will take place in the form of a research orbiter.

The next phase of the flight will begin with a gravitational maneuver, after which "Nuclon" will go to Jupiter. The third block of scientific equipment is intended for researching one of the satellites of the gas giant. The duration of such a multi-stage flight was not specified. Also, further plans for the space tug are not named - whether it can be used in new projects.

Before the next step

Work on a promising TEM with a nuclear power plant and an electric jet engine started in 2009-2010. A number of organizations from Roscosmos and Rosatom were involved in the creation of this project. To date, much of the research and testing of individual components has been completed. Current successes allow us to proceed to the next stage of work - designing a full-fledged complex suitable for real operation. 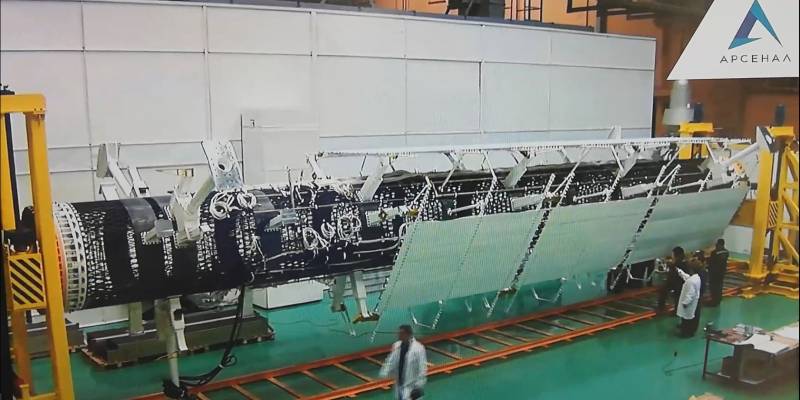 News the last days are of great interest. In the past, the project participants have repeatedly published various graphics and showed mock-ups of a promising TEM. Now photos of full-size units are available for free. Apparently, these are components for a prototype or prototype, the assembly of which should precede the design of a full-fledged Nuclon complex. The construction of the flight model should start only in the future.

The news about the imminent launch of the Nuclon design looks very interesting. This time, it is not just about conducting research and finding the necessary solutions, but about starting design work - moreover, on a complex for real use.

In the past, Roskosmos has repeatedly raised the topic of the future use of TEM with a new power plant, but so far it has managed only with the most general formulations. Now specific plans for using the space tug in a real scientific mission have been revealed. It is important that the mission immediately uses all the characteristic capabilities of TEM. He will be able to provide the study of three celestial bodies in one flight, incl. at a great distance from the Earth.

New messages on TEM and the Nuclon complex inspire optimism, but give cause for concern. So, the previous work in this direction took approx. 10 years. The preliminary design and technical design, construction and preparation for the first flight will take about the same time. All this once again confirms the overall complexity of the program associated with the need for technology development. 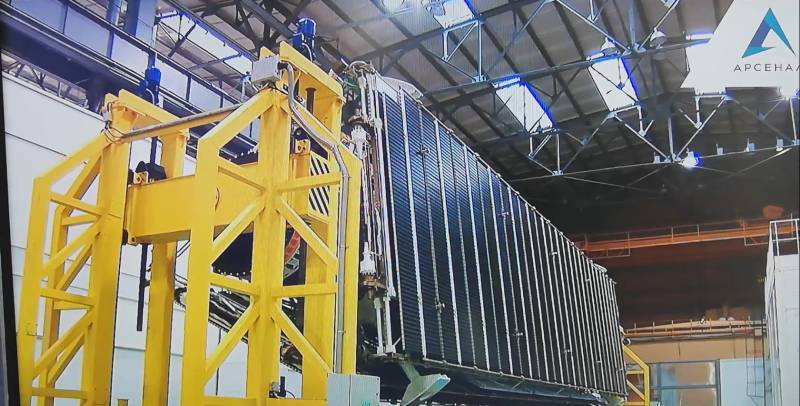 The main problems and difficulties were associated with the development of the nuclear power plant and its individual components. The core of this facility is a high-temperature gas-cooled nuclear reactor. A helium-xenon mixture is used as a coolant. The estimated power capacity of the installation is 1 MW. The complexity of creating such a facility is associated with the need to search for strong, heat-resistant and stable materials and alloys suitable for long-term use in space.

A separate task was the creation of cooling means for dumping excess heat into outer space. Several designs were considered, incl. fundamentally new. According to known data, based on the results of the research, a drip-type refrigerator-radiator was chosen. The units of such a radiator have the maximum possible area and actually form the outer contours of the TEM.

Ion engines of two types have been developed specially for TEM - a technology that is fundamentally new for our cosmonautics. A more powerful ID-500 is offered as a cruise engine; shunting engines with limited characteristics are also provided. Engines for TEM have already been developed and tested in the stand conditions.

Waiting for the revolution

The idea of ​​a transport and energy module with a nuclear power propulsion system was worked out in our country and abroad, but it was the Russian project that advanced the farthest. To date, all the necessary technologies and components have been created. Now they have to be combined into a complex suitable not only for testing in practice, but also for use in real missions. 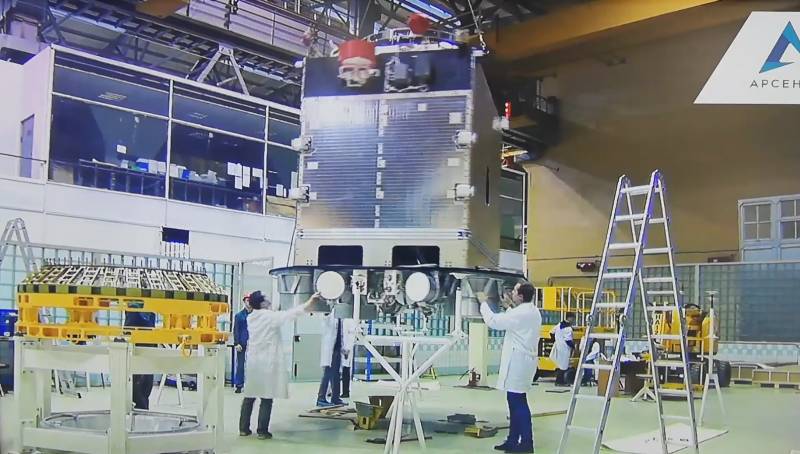 The development of such a complex will begin in the near future. The first flight of the ready-made Nuclon is planned for 2030. The space tug is to carry out a rather difficult mission to three celestial bodies. If all the work is completed on time and does not face new difficulties that force us to adjust the schedule or revise the program as a whole, then in the future there will be a real revolution in the rocket and space industry.

Apparently, by now, within the framework of the TEM program, it has been possible to solve all the main issues, and further work will proceed without serious difficulties. However, the overall complexity and responsibility remains, and Nuclon will have to wait several more years.