Troubled 1940. How the Nazis saved Mannerheim 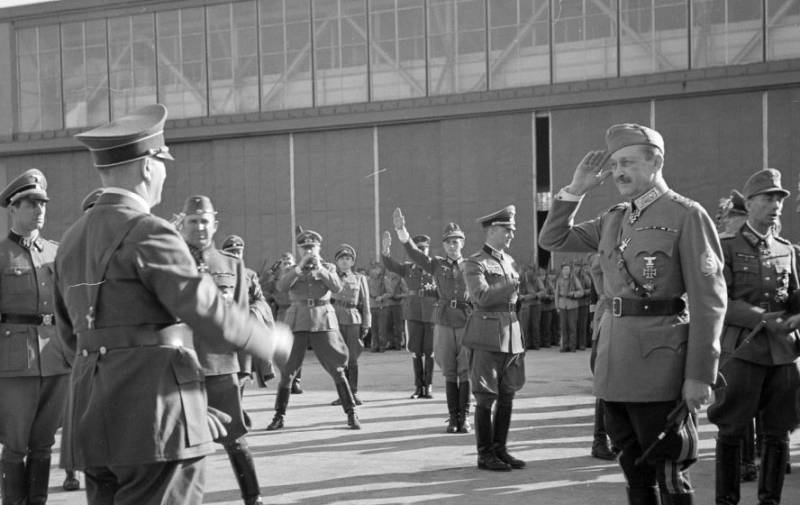 Do not fit - they will kill

Despite the fact that Germany, in accordance with the non-aggression pact with the USSR and the secret protocol to this treaty (August 23, 1939), pledged not to "get into" Finland as a sphere of influence of the USSR, in fact, the Third Reich supported its future ally in the war with the USSR. From September 1940, German troops arrived in Finland and were stationed closer to the Soviet borders.

So Germany was not at all neutral during the Soviet-Finnish war (November 28, 1939 - March 12, 1940) and in Finnish-Soviet relations after that war. During negotiations with the chairman of the Council of People's Commissars of the USSR V. Molotov on November 13, 1940 in Berlin, Hitler made it very clear about German military-technical assistance to Finland during its war with the USSR. 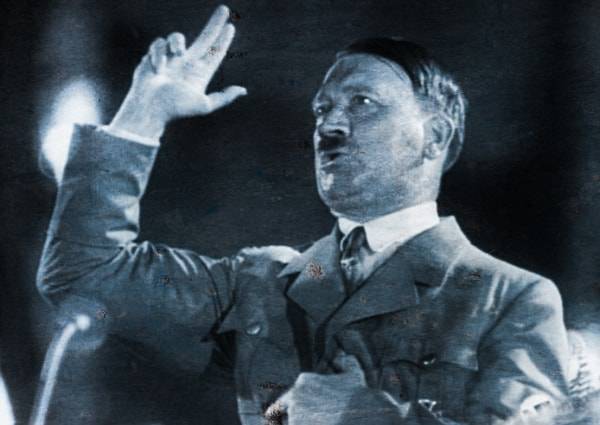 The German Chancellor said that “despite the well-known Soviet-German agreements of 1939, Germany found it difficult to refrain from sympathizing with the Finns during the war. The Finns, showing stubborn resistance, have won sympathy all over the world. "

The Fuhrer was well aware that the population of the Reich, excited by the victory over Poland, was experiencing another wave of psychosis. Excitement about the behavior of the German government in this war only grew every day, and this was clearly determined by agreements with the USSR. 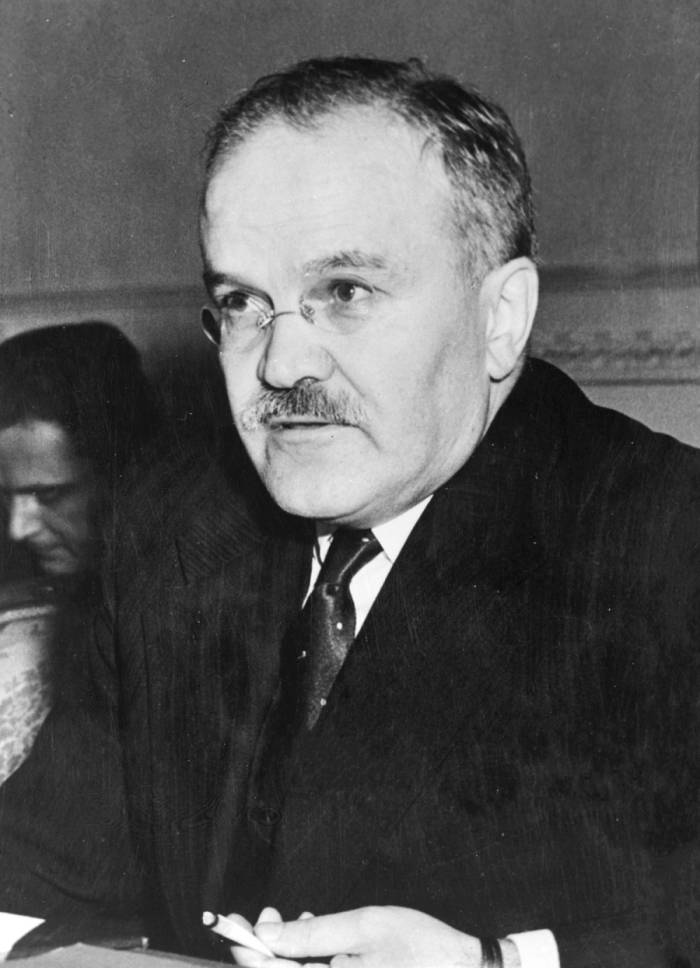 However, Molotov, for obvious reasons, did not ask the Fuehrer to clarify the specific content of these "sympathies" and "excitement."

But this was explained by Galeazzo Ciano, count, one of the leaders of the fascist party, Mussolini's son-in-law and at that time Italian Foreign Minister. In his diary, he wrote that in December 1939 about the real position of Berlin in that war "was told by the Finnish ambassador to Italy: Germany" unofficially "sent to Finland a large consignment of captured weapons captured during the Polish campaign."

In addition, G. Ciano also disclosed such information about which it became reliably known only at the trial in Nuremberg:

On December 21, 1939, Germany entered into a secret treaty with Sweden in which it pledged to supply Sweden with as much artillery and ammunition as it would send Finland from its own stocks. Soon Sweden began, naturally, to supply even more weapons for Finland.

In general, from Germany and German re-export through Italy, Sweden and Denmark, Finland in December 1939 - March 1940 received a total of over a third of the total volume of artillery, small arms and ammunition imported by the Finns during that period.

It is also characteristic that, according to the Finnish historian H. Vainu, “at the end of Molotov’s visit to Berlin, Goering through the Swedish baron K. Rosen informed Mannerheim that the Führer rejected the USSR’s desire to include Finland in his sphere of interests and took it under his umbrella.”

According to the same data, on August 18, 1940, Mannerheim received a short letter from Hitler: "Germany begins direct supplies of arms to Finland and offers unhindered transit of German troops to the borders of Sweden." The Finnish authorities have already allowed such a transit since September. However, the "transit" military units of Germany were sent mainly as close as possible to the borders of Suomi with the USSR. 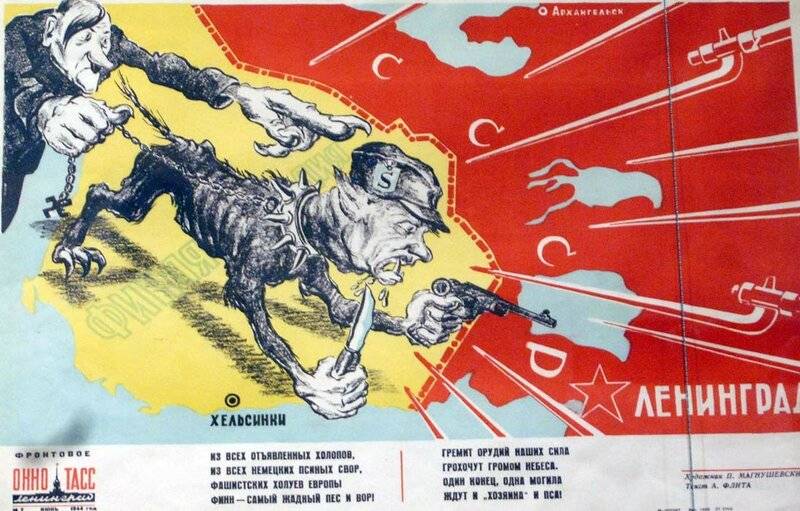 Moreover, according to a number of Swedish and Danish sources, Germany postponed Operation Fall Weserübung, the capture of Denmark from Norway, from February to April 1940. This was done, surprisingly, in order not to interfere with the planned February - mid-March 1940 military operation of Great Britain and France to help Finland. Indeed, the Second World War after the fall of Poland became somewhat strange.

The Anglo-French operation was planned in the Soviet Arctic, in parallel with it, the Anglo-Turkish-French offensive in the Caucasus... According to the same data, unpublished consultations about a secret temporary truce between Paris and London and Berlin for December 1939 - March 1940 were held in Spain and Denmark.

This, as well as many other things in relation to the contacts of the allies with Nazi Germany, has been repeatedly stated by representatives of the Stalinist-Maoist, or rather, the real Marxist-Leninist Communist Parties of the FRG and Denmark. For example, in 1975 at an international conference of such parties in the Albanian city of Stalin. And it was held in connection with the 30th anniversary of the defeat of Nazi Germany.

Do you have any Finnish relatives?

In turn, Toivo Kivimäki, the Finnish ambassador to Germany, on February 22, 1940, at negotiations with G. Goering, received assurances that Germany would help Finland return any territories that the USSR demanded from the Finns. What happened in 1941 (see: "A question from Helsinki: where are the Kurils and where are the Karelians?").

Nazi Germany has consistently supported Mannerheim's plans since the mid-20s - to extend the Finnish protectorate to all regions of the USSR, at least partially inhabited by Finno-Ugric peoples. And this is almost a quarter and not less than a third of the European part of the USSR and the RSFSR, respectively. And even part of the northern region of Western Siberia. 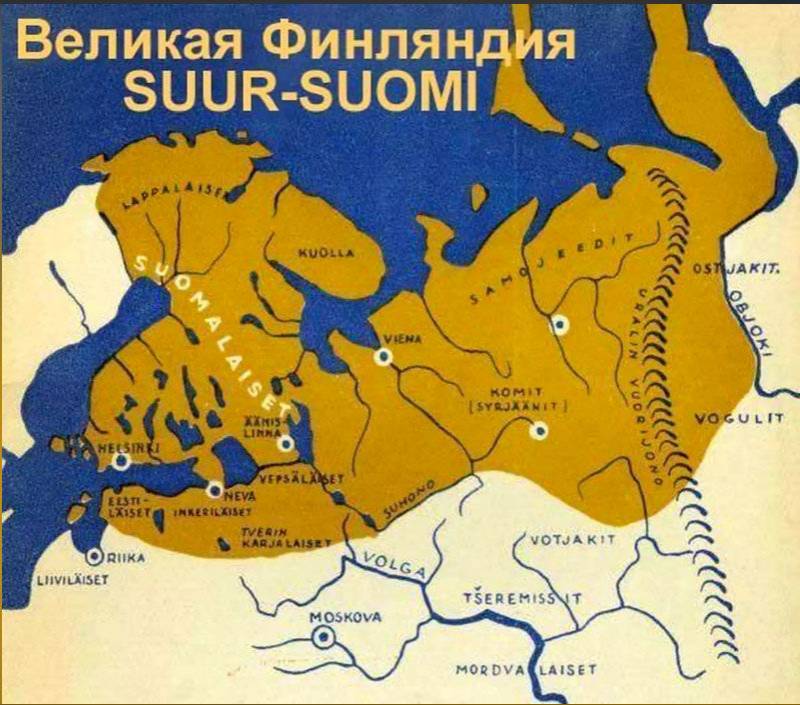 Since the beginning of the 30s, sabotage and reconnaissance groups, propaganda materials have been thrown into these regions from Suomi, Finnish intelligence agents have been introduced (see: "Great" Finland. Invaders, but not really Nazis? ").

In the spring of 1940, there was a very real threat of "transnational" aggression against the USSR - at least with the indirect participation of Germany. But the then more specific threat of the capture of Helsinki by Soviet troops and the proclamation of the People's Republic of Finland forced the country's authorities, led by the unlucky Marshal Mannerheim, to agree on a peace treaty with the USSR on March 12.

In accordance with its terms, Finland was forced to lose a number of territories adjacent to the USSR, including not only the Karelian Isthmus close to Leningrad and the strategically important Hanko Peninsula, but also the former Russian Arctic port of Pechenga (Finn. Pestamo).

Alas, the attempt of the Finnish revenge together with the allies, the German troops, was not long in coming. The revenge did not take place, but what it cost Leningrad and its residents is all too well known.

Ctrl Enter
Noticed oshЫbku Highlight text and press. Ctrl + Enter
We are
Diplomats of the People's Commissariat of Defense: on the eve and during the warMolotov-Ribbentrop Pact - the policy of pragmatism
Military Reviewin Yandex News
Military Reviewin Google News
93 comments
Information
Dear reader, to leave comments on the publication, you must sign in.