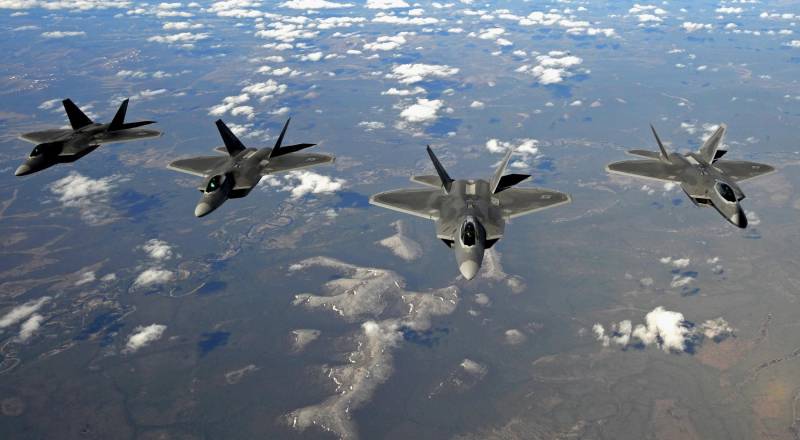 The world situation continues to be tense. Local conflicts of varying intensity and clashes of geopolitical interests in various parts of the world have not disappeared from everyday life. news agenda. The United States fears a possible conflict between China and Taiwan, the DPRK's nuclear program and Russia's major military exercises near NATO's borders, as well as the concentration of Russian troops on the border with Ukraine and in Crimea. Separately, we can highlight the cluster of still ongoing military conflicts in Syria, Iraq and Afghanistan.


Against this background, Syria, where the US and Russian military are currently present, is of particular concern. It is the situation in this country that can cause the start of a major military conflict, according to American experts. Two military groups of geopolitical adversaries often come into direct contact here. One of the most talked about news of August was the story about the ramming of the American International MaxxPro armored vehicle by the Russian BTR-82A near the Syrian settlement of Derik. Any such episode could eventually end in casualties or gunfire, which could set off a flywheel of mutual escalation.

US Air Force will fight for air supremacy

The journalists of the American edition of We Are The Mighty, devoted to military equipment, rightly believe that at the beginning of the third world war, the Air Force will be the first to enter the scene. The Air Force is capable of rapidly projecting force around the world and is highly mobile and has a long range. In recent years, it is the Air Force that has begun to play a major role in military conflicts. In 1999, the United States and its NATO allies, with one use of the air force, achieved their goals during the bombing of Yugoslavia. The Russian Aerospace Forces in Syria also proved to be excellent, which provided enormous assistance to the Syrian army and actually helped to preserve the regime of Bashar al-Assad, which by mid-2015 was already on the verge of collapse.

American journalists believe that the military conflict that may begin in Syria will quickly spread to Turkey, with the leadership of operations going from the US Central Command to the US European Command of the US Armed Forces (USEUCOM). The first to be involved in the conflict will be six American F-16 multifunctional fighters temporarily based in Turkey. They can become the first combat aircraft to engage the Russian Air Force. Aircraft and about 300 ground personnel were deployed at the Turkish Incirlik airbase back in 2015. They were transferred here from Italy from Aviano airbase, where two full-fledged American fighter squadrons are currently based on F-16CG / DG aircraft. 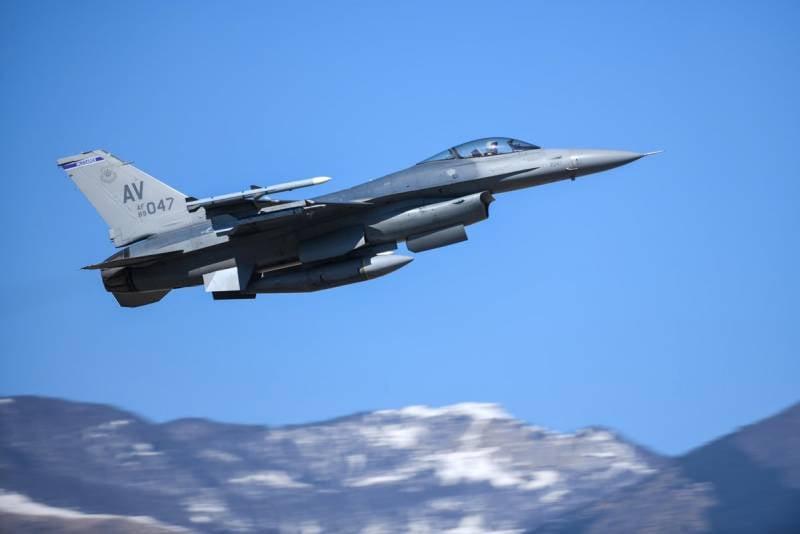 Also, to ensure air supremacy over Turkey, the Americans can transfer here a number of more F-16s based in European countries, primarily in Italy, and four fifth-generation F-22 Raptor fighters from Europe. At the same time, within a day, the US Air Force will be able to send one or two groups of fifth-generation F-22 fighters, each of four aircraft, to the new theater of military operations. Taking into account air refueling, this aircraft is able to reach any point of the planet within 24 hours. At the same time, the aircraft will be airlifted with support crews and additional equipment, which will be transported by a Boeing C-17 Globemaster III transport aircraft. The rest of the fighters for the deployment of full-fledged squadrons may arrive later.

US Navy will focus on anti-submarine warfare

In the event of a full-scale military conflict in the Middle East, the main task of the US Navy will be to protect large surface ships from attack from submarines and ensure safe navigation in the Mediterranean Sea. The Mediterranean Sea and the approaches to Gibraltar is the area of ​​responsibility of the 6th fleet USA. In the event of a full-scale war, the 6th Fleet will have to solve tasks to counter the entire spectrum of attacks from Russia. The greatest fears among the Americans are caused by the quiet Russian submarines and the updated surface ships of the Black Sea Fleet.

Most recently, the Russian Black Sea Fleet has seriously renewed its submarine component. The fleet currently includes six new Project 636.6 Varshavyanka diesel-electric submarines. The Americans highly appreciate the Russian submariners, so in the Mediterranean they focus on anti-submarine operations. The Americans are also practicing anti-submarine warfare together with their NATO allies in the region. US destroyers regularly patrol the Mediterranean Sea, sometimes making voyages to the Black Sea. 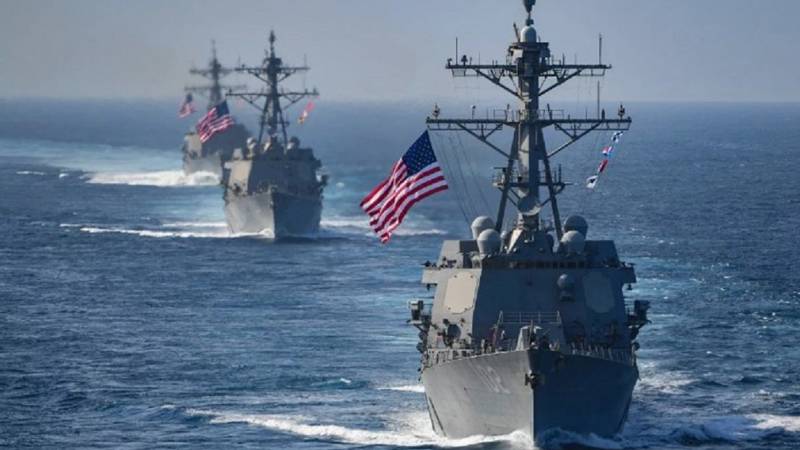 At the same time, aircraft carriers remain the main striking force of the American fleet. But there are no permanent carrier strike groups in the Mediterranean. In the fall of 2019, it became known that the US Navy was experiencing certain problems with the combat readiness of its aircraft carriers. Of the six ships deployed in the Atlantic, only one could go to sea. The rest of the ships, for various reasons, were to one degree or another not ready for long voyages. Only one aircraft carrier is usually oriented to the Middle East, which is based in the waters of the Arabian Sea. The American navy tries to keep at least one carrier strike group here at all times.

If necessary, it is from the Arabian Sea from the 5th fleet to the 6th that an American aircraft carrier can most quickly arrive in the Mediterranean Sea, using the Suez Canal to cross. At the same time, even before its arrival, the aircraft carrier will be able to use its own air wing to support the actions of the 6th Fleet. This will be possible by refueling aircraft in the air from tanker aircraft and replenishing fuel supplies on board the aircraft carrier from tankers deployed by the United States in the Middle East.

Marines to evacuate US embassies and citizens

The main striking force of the United States outside the country is traditionally the Marine Corps units. In this case, the protection of the US embassies in all countries of the world is carried by the marines. In the event of a military conflict, the Marines will help evacuate vulnerable US embassies, consulates and other diplomatic missions throughout Eastern Europe. In addition to assisting in the evacuation of embassy personnel and American citizens, they will deal with the destruction of classified information and equipment located in diplomatic missions. 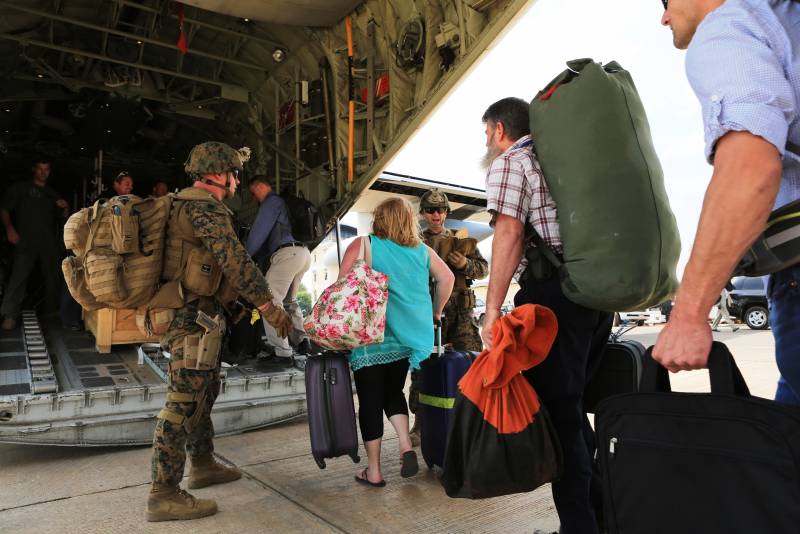 If necessary, the forces of the Special Marine Group will be connected to the operation. aviation and ground response in crisis situations. The closest such group is based at the Moron airbase in Spain and is focused primarily on Africa. This task force of the USMC can be involved in strengthening the security of embassies, conducting non-combat operations to evacuate civilians and embassy personnel, and evacuating crews of downed aircraft. The group includes MV-22 Osprey tiltrotors and KC-130J aircraft. The unit is regularly trained in bilateral and multilateral exercises with US regional partners.

In addition, the US Marines are deployed as part of the Black Sea Rotational Force in Romania. In peacetime, their main task is to demonstrate the support of NATO allies, education and training of the military personnel of friendly armies. But in the event of a military conflict, they are ready to take part in protecting the Romanian coast from potential attacks from the Russian Black Sea Fleet. At the same time, Marines stationed in other European countries will prepare to repel potential attacks from the ground forces of the Russian army.

US ground forces in Europe are deployed across the continent. At the same time, most of the troops and the headquarters of the United States Army Europe (USAREUR) are located in Germany. It is from here that troops will be deployed to reinforce smaller groupings in Eastern Europe and the Baltic states. By 2020, the American military contingent in Europe totaled approximately 52 thousand people. At the same time, on a rotational basis in Eastern Europe, there was the 1st American tank a brigade from the 3rd Infantry Division (three battalions in Poland, Romania and the Baltic States). 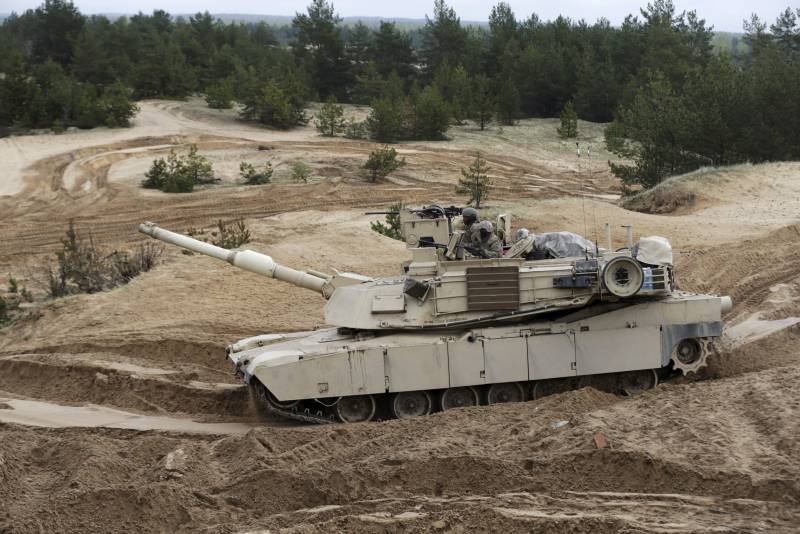 With units in Europe, the Americans expect to support the armies of their allies and provide reliable defense on a front over 750 miles (more than 1200 km). As a reinforcement force, the American 82nd Airborne Division, whose permanent location is Fort Bragg in North Carolina, can be deployed in Europe in a short time. At the same time, at present, the main enemy of the US ground forces in Europe is not Russia, but American President Donald Trump, who in the summer of 2020 repeatedly spoke out about the need to reduce the number of American troops on the territory of Germany. In particular, Trump was going to reduce the American contingent in Germany to 25 thousand people, withdrawing 9,5 thousand American troops from the country.

To support the activities of the American ground forces in Europe will be the Command of Special Operations in the European theater of operations (SOCEUR). This command will coordinate the actions of the special forces of the fleet, army, air force and the Marine Corps on the continent. In particular, one battalion from the 10th Special Forces Group of the US Army (Green Berets) is permanently based in Germany. The zone of responsibility of the 10th group is Europe. In fact, this unit is a four-battalion paratrooper regiment. And on the territory of Great Britain at Mildenhall airbase, the 352nd Special Operations Wing from the US Air Force Special Operations Command is permanently based. These units, already deployed in Europe, will be the first to be deployed in the event of a third world war.