"Sprut-SDM1" against the background of analogs. Is Russia ahead of its opponents? 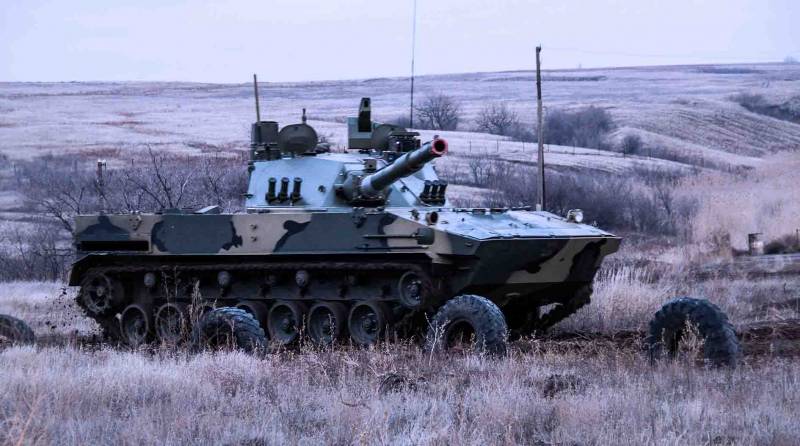 It can be assumed that the division into light, medium and heavy Tanks after World War II went into oblivion. However, in the XNUMXst century, new realities have made themselves felt: first of all, we are talking about the so-called mobile war, when the role of airborne units is constantly increasing.

This is understood both in Russia and in the West. In the 90s, US military analysts viewed a large number of formations with heavy armored equipment as a vestige of the Cold War. For future conflicts, it was planned to create new highly mobile formations that could be deployed as quickly as possible anywhere in the world using Boeing C-17 Globemaster III military transport aircraft.

So in 2003, what we know as Future Combat Systems (FCS) appeared: de facto it is an attempt to create completely new US ground forces based on the principle of network centricity, mobility and ultimate unification. Under Barack Obama, the program was curtailed. A whole family of new combat vehicles, including infantry fighting vehicles, light tanks, self-propelled guns, went into oblivion. 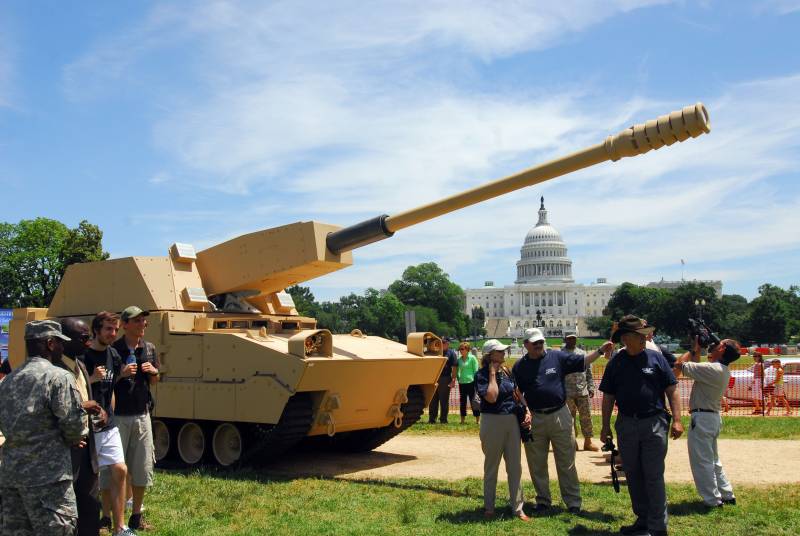 Despite the complete failure of the FCS program, lately this direction is increasingly come back... Russia is among the countries that have advanced the farthest in creating light and well-armed combat vehicles.

The main Russian development in this area is the new Sprut-SDM1 light tank. The car has a long история... The deliveries of its predecessor, Spruta-SD, were stopped in 2010, after several dozen cars were produced. Obviously not what its creators would like, but now it seems that things have moved off the ground. On August 21, it became known that the new Sprut-SDM1 light tank was transferred for state testing. "High-precision complexes" of the state corporation "Rostec" handed over the modernized prototypes of the "Sprut-SDM1" tank for state tests. Over the next one and a half years, the vehicle will be tested in the field in the military formations of the RF Ministry of Defense, ”said Rostec.

According to TASS, the tank should be tested in sea and high altitude conditions. The tests will take place at different air temperatures: from -40 to +40 degrees Celsius. “Based on the results of state tests, the design documentation for the new tank will be approved with the assignment of the letter O1, which will allow starting serial production. Subsequently, based on the results of the work of the interdepartmental commission, the vehicle will be recommended for adoption by the Russian army, "Rostec said. 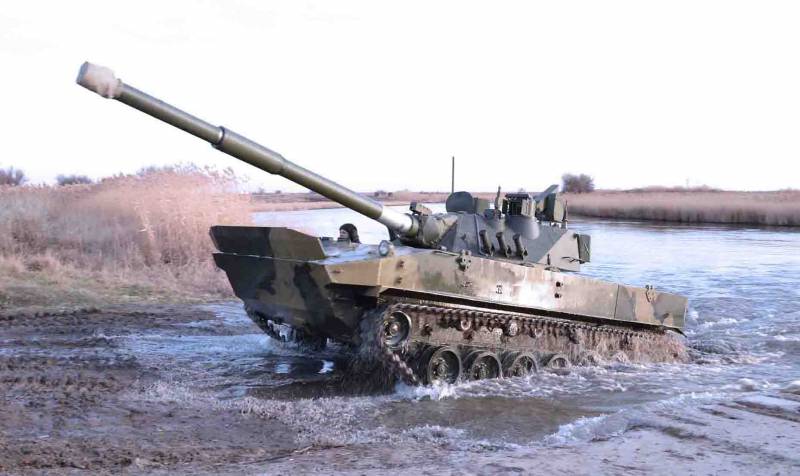 According to the head of "High-precision complexes" Alexander Denisov, in terms of firepower, the vehicle will not be inferior to the main battle tanks T-80 and T-90. Thanks to the 125-mm gun 2A75 "Sprut-SDM1", it can fight almost all existing and future tanks. It is possible to use 9M119M1 guided missiles, in which armor penetration is up to 900 millimeters or 800-850 behind dynamic protection.

In addition to the cannon, the vehicle has a coaxial 7,62-mm machine gun and a remote-controlled weapon station with another 7,62-mm machine gun with 1000 rounds of ammunition. With regard to mobility, then, according to the developers, it will be comparable to the performance of the BMD-4M airborne assault vehicle. The new "Sprut" can be dropped by landing or parachuting with the crew on board. In addition, he can, without preliminary preparation, overcome water obstacles in waves of up to three points and at the same time fire at the enemy.

Let's try to understand how the domestic car looks against the background of analogues.

Firepower. If we talk about firepower, then, as you can see above, the tank has solid capabilities, being at the level of its competitors or even surpassing them. So, "Sprut-SDM1" has a much more powerful armament than the Turkish light tank Tulpar, equipped with a 105-mm cannon. In addition, the Russian vehicle has two machine guns against one of the conventional Turkish counterpart. It surpasses the Russian tank and the rather famous Turkish-Indonesian combat vehicle Modern Medium Weight Tank (MMWT), also equipped with a 105 mm gun.

The future, however, is preparing a number of surprises. In April, the American General Dynamics and the US Army held a public demonstration of a prototype of the new Griffin II light tank, developed as part of the Mobile Protected Firepower (MPF) program. And in 2018, BAE Systems showed the M8 Armored Gun System (AGS) combat vehicle, also created under this program. According to the terms of the competition, the vehicle must receive 105 or 120 mm cannon armament and the most advanced electronics. That is, in terms of firepower, it will be at least comparable to the Octopus.

Security. The Russian car and its analogues mentioned above are in different weight categories and have correspondingly different degrees of protection. The weight of "Sprut-SDM1" is 18 tons, which is much less than the weight of the aforementioned Tulpar, which weighs about ten tons more. In turn, the mass of the Griffin II. according to some sources, it is at all "immodest" 38 tons. The survivability of light tanks will never be compared to the MBT, but there is little doubt that the protection of vehicles created within the framework of Mobile Protected Firepower will be better than that of the Sprut, which has bulletproof armor. It is important to mention that the Americans want to equip their light tank with an active protection complex (KAZ): now the Israeli KAZ is being actively installed on the Abrams by the US ground forces. As far as one can tell, the Americans are completely satisfied with its capabilities. 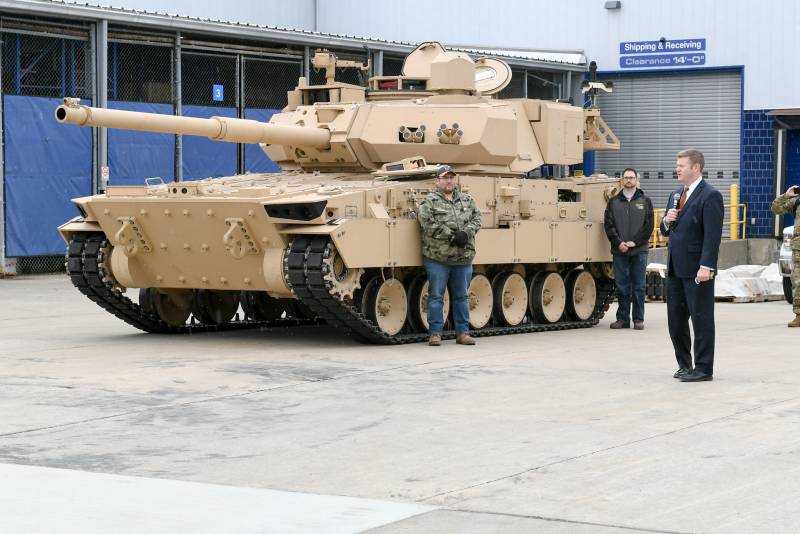 "Sprut-SDM1" will hardly ever receive such systems: this will dramatically increase the mass and price of the combat vehicle, which does not fit into its concept and modern Russian economic realities.

Mobility. Thanks to the 450 horsepower engine, the maximum speed of the "Sprut-SDM1" on the highway is 70 kilometers per hour. The power reserve of the car is 500 kilometers. Relatively small weight and dimensions make it possible to transport "Sprut" on military transport aircraft without serious problems. aviation Il-76 and parachute it. The analogs have very similar mobility readings, but the Russian car has an important advantage - it can swim well. This versatility will surely interest potential buyers. It is worth saying that the mobility indicators should be considered from the point of view of the concept of using light tanks: they can have significant differences in different countries. 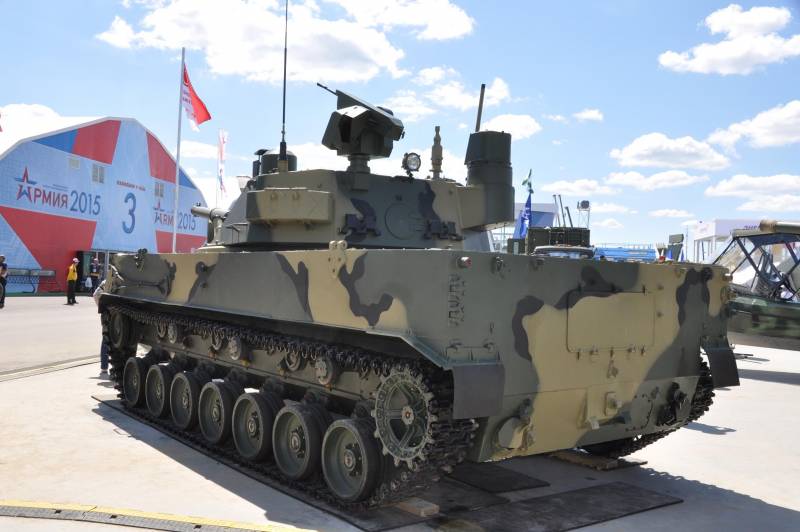 On the whole, Sprut-SDM1 can hardly be called something revolutionary. Nevertheless, it is a potentially successful, useful and well balanced combat vehicle. With a relatively low mass, it has impressive firepower, which, together with advanced electronics, makes the Octopus a dangerous enemy on the battlefield. The tank is inferior to light Western (and not only) counterparts in terms of security, however, the developers of the Russian vehicle have never put this indicator at the forefront.