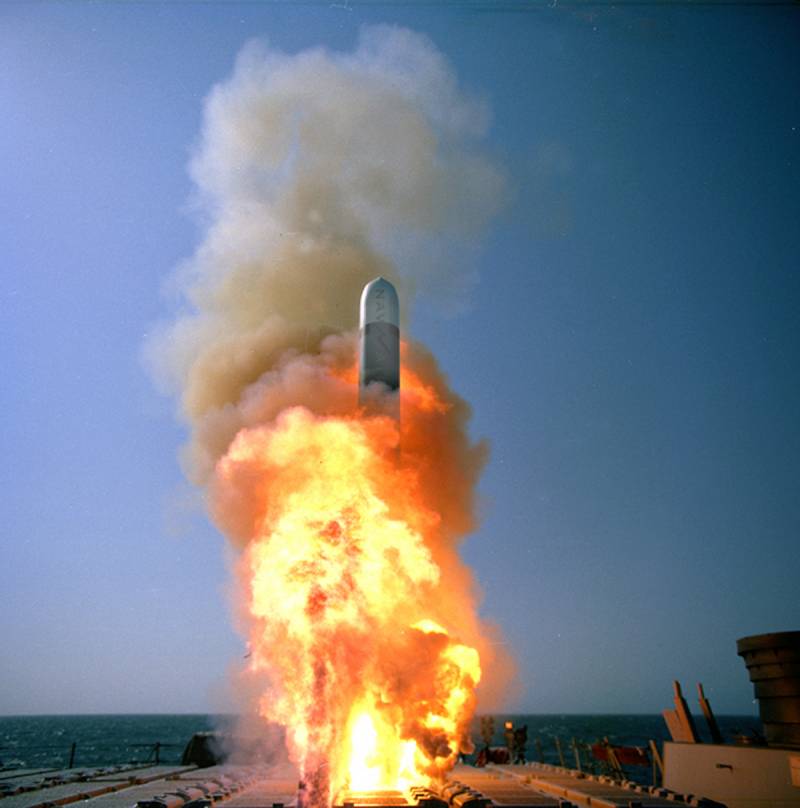 Discussions on the prospects of the nuclear missile sphere have once again begun in the United States. The State Department and the Defense Department exchanged views on a promising sea-launched cruise missile (SLCM) with nuclear combat equipment (Sea-Launched Cruise Missile Nuclear - SLCM-N). Perhaps, now this concept will begin to be promoted - right up to adoption and use as another political argument.

On July 23, the Department of State published the report Strengthening Deterrence and Reducing Risks, Part II: The Sea-Launched Cruise Missile - Nuclear (Strengthening Deterrence and Reducing Risks, Part 2. SLCM-N Missile). The authors of the document examined the current military-political situation and the existing capabilities of the US armed forces. On the basis of such data, they confirmed the already known recommendation.

In a constantly changing world and growing international tension, as well as in connection with the confrontation with Russia and China, it is proposed to develop and complement the US nuclear forces. To solve such a strategic task, several types of weapons can be used, incl. promising SLCM with a special warhead. Such weapon was first mentioned in the 2018 Nuclear Posture Review, and has been regularly remembered ever since.

The State Department recalls that products of this class were in service with the US Navy until 2010, but then they were abandoned due to a general reduction in nuclear forces. Meanwhile, Russia continued to build up its operational-tactical nuclear potential. Moscow is suspected of wanting to gain advantages in a hypothetical conflict through the use of such weapons. Non-strategic nuclear weapons can be used to end a regional conflict in their favor. In this regard, the Pentagon needs a symmetrical response. 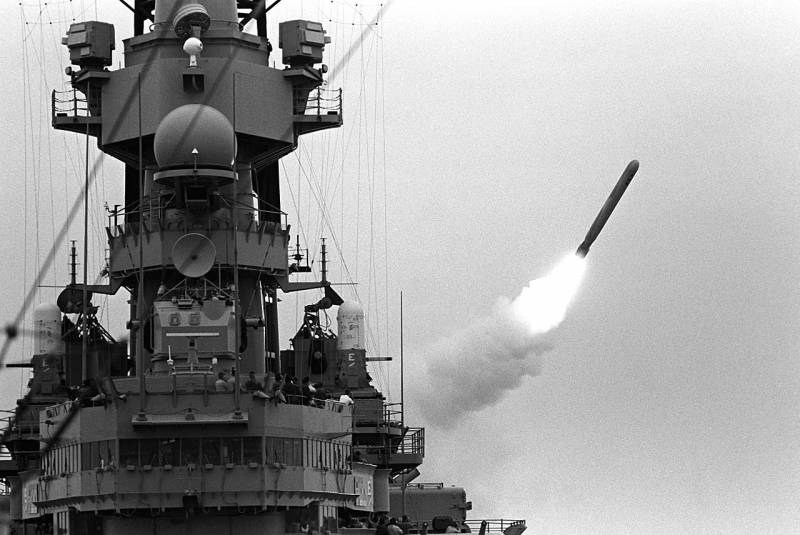 "Desert Storm": the missile is launched by the battleship USS Missouri (BB-63)
In addition, Russia continues to create A2 / AD zones that can dramatically reduce the potential of the strategic component of the US Air Force. To counter such a threat, appropriate measures are required - one of them could be SLCM with deployment on ships and submarines.

On August 4, the US Department of Defense published its commentary on this topic. The note contained the most important quotes from the State Department report and some additional information. Pointing to all this, the Pentagon agreed on the need to create and deploy a promising nuclear cruise missile in the Navy.

However, such a dialogue between the ministries so far affects only the concept itself. The State Department and the Pentagon point to certain features of the weapon necessary to obtain the desired results, but there is no talk of creating a real model of speech yet. However, such processes can be started at any time.

In the context of the promising SLCM-N, they recall another weapon that was removed from service many years ago - the BGM-109A Tomahawk Land Attack Missile - Nuclear cruise missile (TLAM-N). The deployment of such weapons began in the first half of the eighties. Its carriers in different periods were destroyers, cruisers and battleships of various types, equipped with different launchers, as well as submarines of several projects.

TLAM-N was a cruise missile with a turbojet engine, providing subsonic flight at a range of up to 2500 km. The combat load is a W80 type nuclear charge of variable power from 5 to 150 kt. With the help of onboard navigation aids, the rocket could go to a ground target with previously known coordinates. 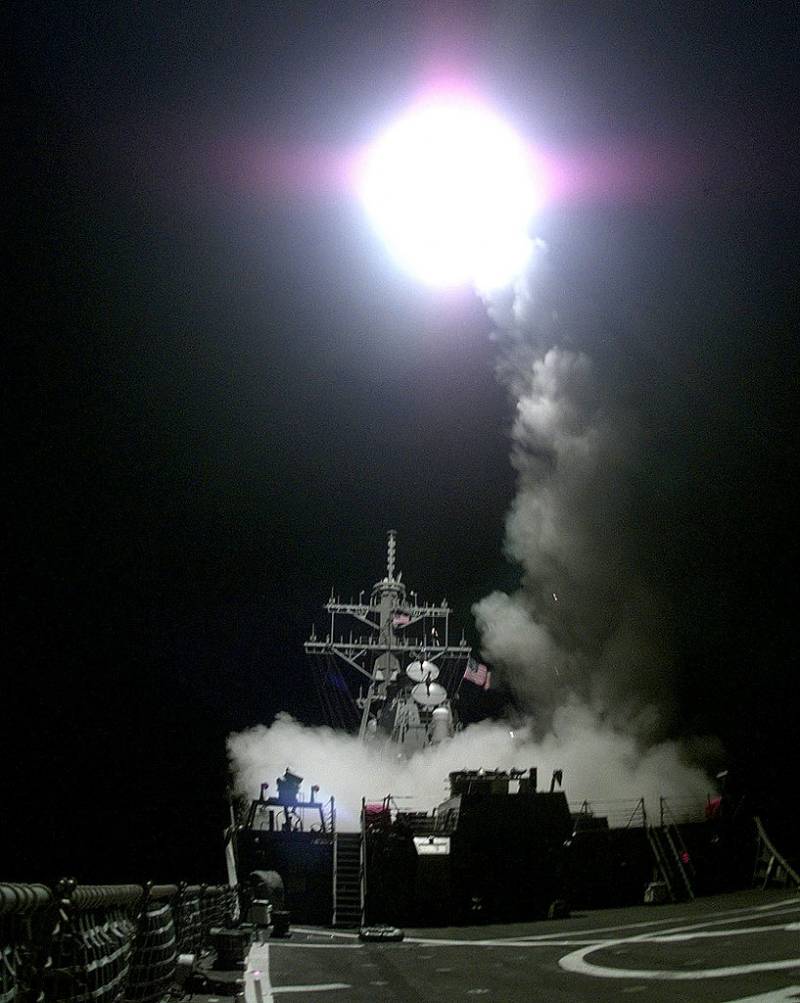 The destroyer USS Gonzalez (DDG-66) performs night firing
The BGM-109A missile service lasted only a few years. In 1991, the US command, pointing to a thaw in international relations, proactively removed such SLCMs from duty and sent them for storage. They remained there until 2010, when an order was issued for the removal from service and the subsequent disposal of the remaining products.

Eight years after the official removal of TLAM-N from service in Washington, they again started talking about the need for such weapons in connection with the change in the strategic situation in the world. So far, the proposals of the Nuclear Policy Review have not moved beyond the discussion, but the situation may change in the near future.

A fundamental decision on the development and implementation of a promising SLCM can be made at any time. Moreover, the recent exchange of views between the State Department and the Ministry of Defense may hint at the fact that everything has already been decided - and all that remains is to issue the necessary orders and orders. In this case, real design work on a promising topic can start in the coming months.

In general, SLCM-N development can take two paths. The first is notable for its sufficient complexity, increased costs and time requirements, and also does not guarantee the desired results. This is a full-fledged research and development work at all stages, from the development of technical specifications to the launch of the series. 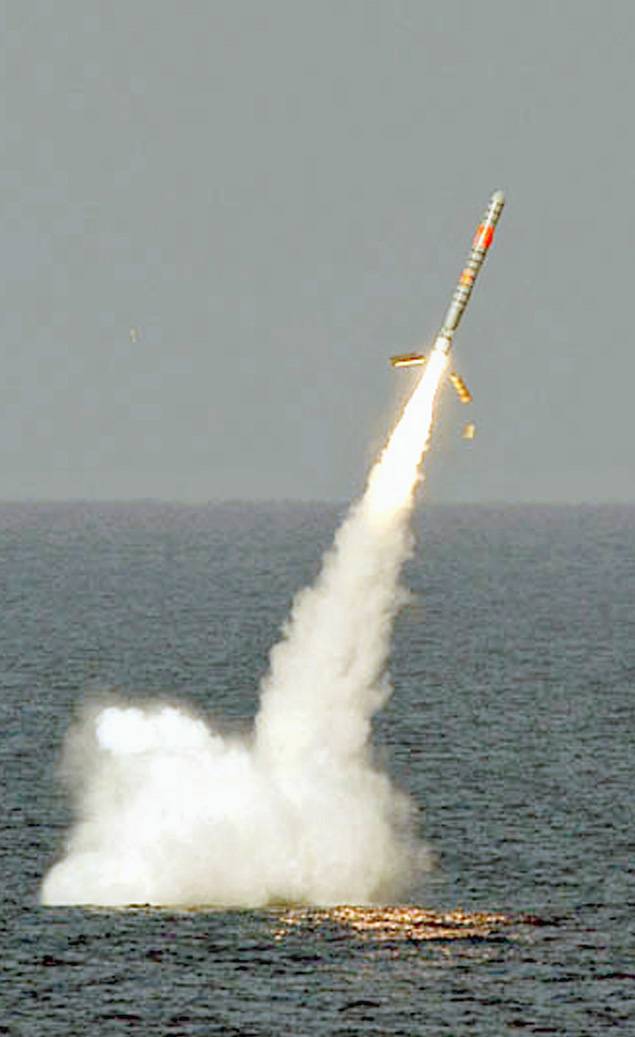 Submarine launch "Tomahawk" from the boat USS Florida (SSGN-728)
The second approach is to modernize the existing Tomahawk BGM-109 taking into account the experience of previous projects, incl. TLAM-N. The creation of such a nuclear missile based on the available components will be quite fast and simple - in fact, you only need to replace the conventional warhead with a special one and modify the software. At the same time, all the positive qualities of the original rocket will be preserved - but with them all the shortcomings will remain.

Regardless of the approaches to creation, a promising SLCM will become a rather convenient and flexible instrument of military policy and will give Washington some new opportunities and leverage. How realistic it is to achieve all the desired potential is a big question.

First of all, the SLCM-N is interesting in that new weapons will appear at the disposal of the high command, expanding the general capabilities fleet... Ships and submarines will be able to solve additional tasks, both in the context of the projection of force and in a real conflict. In particular, the appearance in the region of ships with SLCM-N is seen as a workable deterrent to an enemy with conventional or nuclear forces.

TNW as a whole is of great interest to the US Army. Unlike strategic weapons, they are actually not limited by any international agreements. Such arsenals can be created and developed solely taking into account their own plans, without fear of anything other than simple criticism from abroad. SLCM-N follows this logic, and therefore the concept can be brought to a real project. 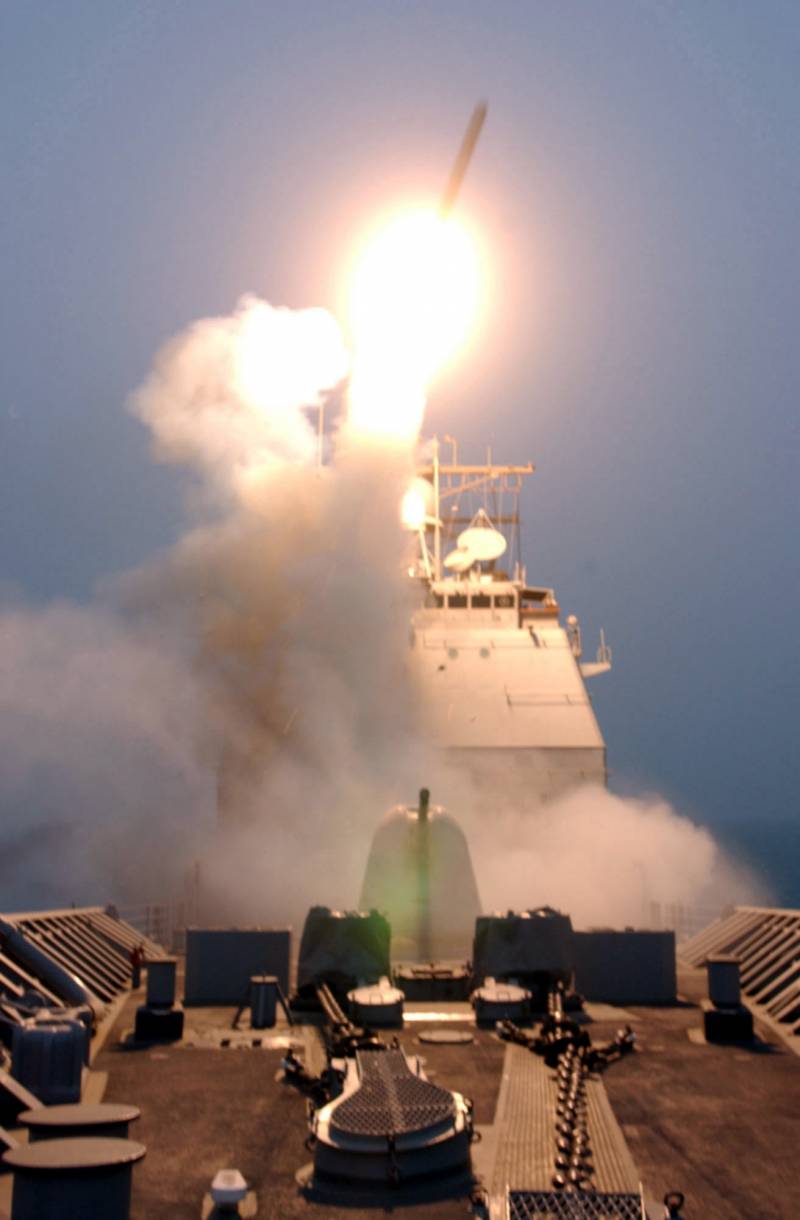 Cruiser USS Bunker Hill (CG-52) attacks a training target
The United States has long feared that a potential adversary in the person of Russia or China could use tactical nuclear weapons during a regional conflict. Due to the specific doctrine of the development and use of tactical nuclear weapons, the American army will not be able to respond to this in a timely manner. The emergence of the SLCM-N and possibly other prototypes of this kind will provide the United States with a tool to respond symmetrically to threats considered relevant.

However, the main task of new nuclear weapons, incl. A promising SLCM is precisely deterrence at the strategic and operational-tactical levels. The United States plans by all available means to exclude and prevent the use of nuclear weapons by a potential adversary. In this case, the hypothetical conflict will occur in a non-nuclear format. Washington believes that in such a war all the advantages remain with the American army.

The development of non-strategic nuclear forces of the United States may be interested in its allies. Some of them have tensions with their neighbors and there is a real or perceived risk of conflict. By enlisting US support with new sea-based "tools", these countries can feel more secure.

Thus, within a few years, the US Navy may receive weapons that are old in their concept and new in implementation with nuclear weapons, designed to solve a number of important tasks. It will pose a serious challenge to third countries, and they should take into account the current American plans and intentions.

We are talking about a sea-based cruise missile, which determines the ways of counteraction. So, to combat carriers, means of detecting and tracking ship formations are needed, as well as anti-ship missile systems of all basing options. These funds will make it possible to disable ships before the missiles are launched. After the launch of the SLCM-N, all the main means of air defense should begin to work - from long-range radars to anti-aircraft systems.

There is nothing fundamentally new in the methods and means of dealing with SLCM-N and its carriers. However, in this case, a special responsibility is assigned to defense. Time will tell whether the likely adversaries of the United States will be able to take the necessary measures and defend themselves against the still non-existent sea-launched cruise missile.

Ctrl Enter
Noticed oshЫbku Highlight text and press. Ctrl + Enter
We are
The nuclear baton of the US Navy (part 2)The experience of combat use of US-based cruise missiles and the main trends in their development
Military Reviewin Yandex News
Military Reviewin Google News
62 comments
Information
Dear reader, to leave comments on the publication, you must to register.