We have already raised the topic of twin-engine fighters more than once, today there are a couple more under consideration. It cannot be called sweet in any way, but these planes took to the skies of World War II, and accordingly, they have the right to be here.


History began somewhere in the mid-thirties, when in many countries the military actually had such a heavy fighter in their heads that would accompany bombers and ...

But for "and ..." in fact, nothing turned out, the idea was good, but in fact, few decent twin-engine fighters were created. We already wrote about this, so today, in fact, about French aircraft.

The technical assignment for the creation of a twin-engine fighter in France was a proposal to develop a kind of multipurpose defensive aircraft with a crew of two or three people.

The two-seater plane was supposed to be used as a day fighter, attack aircraft, reconnaissance aircraft, and bombers escort fighter. A standard set, let's say.

The idea with a crew of three was a breakthrough: it was supposed to be the leader of the fighters, in which the third member of the crew would act as a controller-gunner, that is, would be the "eyes" of a group of fighters. To add to the complete set of the radar - and here's what we have today with the MiG-31.

The idea was good, but the execution failed a little.

According to the terms of reference, the aircraft was supposed to reach a maximum speed of 450 km / h at an altitude of 4000 m, gain this altitude in 15 minutes, have a cruising speed of 320 km / h and a flight duration of over 4 hours. Quite normal numbers for both escort and patrol of the area.

For a heavy fighter - appropriate weapons. Here the French have clearly blundered, since two 20-mm cannons from the "Hispano-Suiza" and one 7,5-mm machine gun to protect the rear hemisphere is definitely not enough.

But there was a problem - a problem ... of the engines! As strange as it may sound, but yes, the French, the pioneers aviation, there were no normal motors for such an aircraft! The terms of reference were very tight in terms of weight (normal for a fighter), which led to the fact that for a heavy fighter the weight was limited to three tons, which means that only a few engines were suitable.

More precisely, four. But the liquid-cooled engines from Renault and Salmson were frankly weak, 450 hp each, so with all the wealth of choice, only the Gnome-Ron GR14Mars and Hispano-Suiza 14Ab remained, two-row 600-liter stars .from.

In general, for 1936 - very decent performance. 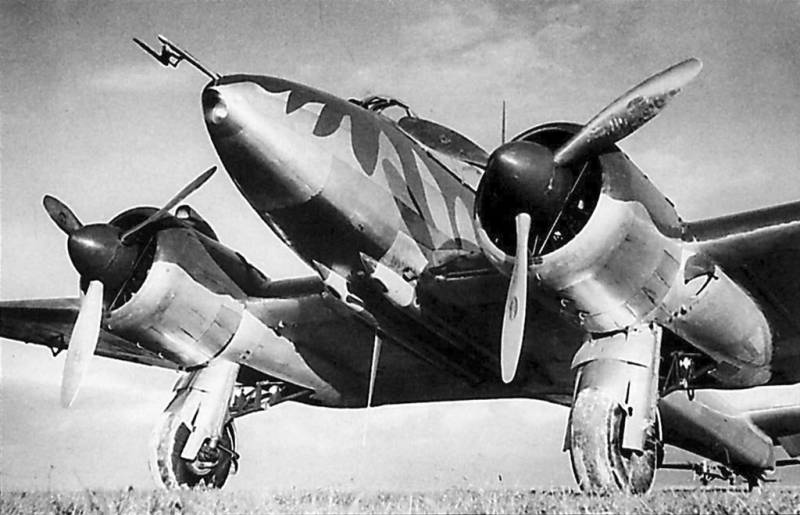 Weak, although the same Bf 109E originally had 20 rounds of ammunition for its guns.

In January 1937, the Pote enterprises were nationalized and became part of the state structure SNCAN. And in June, the first orders for aircraft were received. First, a series of 10 two-seat fighters and 30 three-seat fighters, and then another 80 two-seat aircraft. 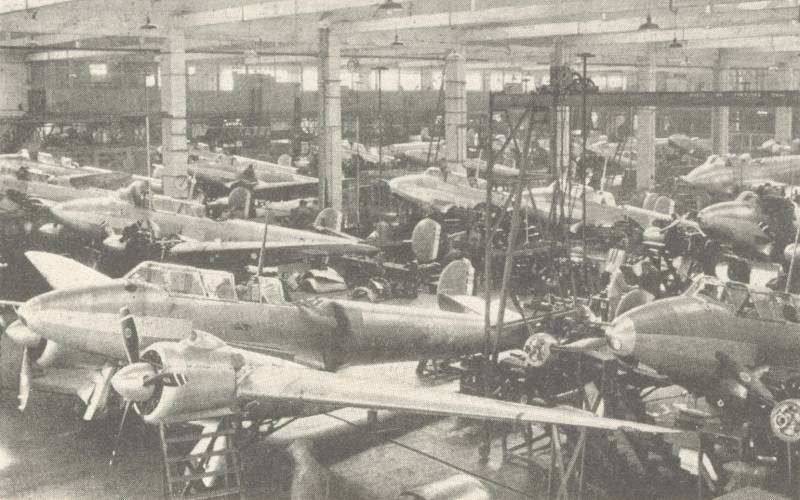 The aircraft generated interest outside of France as well. China, Yugoslavia, Switzerland bought P.630 aircraft for testing, and Czechoslovakia acquired a license to build the P.636 modification at its AVIA factories. True, the money was wasted, since Czechoslovakia soon ended, without having time to build a single aircraft.

The first serial R.630 took off in February 1938. At the official acceptance tests the aircraft showed a speed of 448 km / h at an altitude of 4000 m, the climb to this altitude took 7 minutes. It is clear that the data of the serial copy differed from the data shown in the factory tests, but all the same, the deviations were within acceptable limits.

At the same time, problems began with the Hispano-Suiza engines. The problems were so serious that it was decided to remove the P.630 from the combat units and convert them into dual-control training aircraft. The P.631 was supposed to compensate for this process, the production of which was increased.

In general, the supply program was constantly under the threat of disruption in terms of engines, weapons, and propellers. The first batch of P.630 was generally armed with four 7,5 mm machine guns instead of cannons.

Nevertheless, the fighters went to the Air Force. Especially three-seater, designed to be the leaders of conventional fighters. According to the plan, it was supposed to have one flight of six leaders per fighter squadron. The leaders were supposed to provide navigational assistance and from them they were going to command an air battle. That is, the "Pote" were supposed to replace the Blokh MV.200 bombers that were performing the role of an air command post, which by that time simply could not keep up with the fighters.

You can justifiably make a curtsey to the French designers. The aircraft turned out to be very technological and easy to manufacture. The release of one P.630 required 7500 man-hours. For a twin-engine aircraft, it is minuscule, considering that the Dewoatin D.520 took 7300 man-hours, and the Moran-Saulnier MS.406 - 12 200 man-hours. 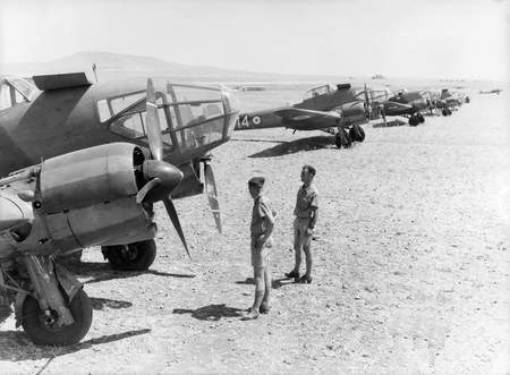 When the war began, it was mainly the patrol functions that were entrusted to "Pote". The scouts were supposed to patrol the front sectors in the daytime and, if the enemy appeared, to direct fighters at him.

In fact, the R.631 and R.630 were replacing modern radar patrol aircraft, since they really could "hang" in a given area for quite a long time.

However, no one said better than Antoine de Saint-Exupery about how the reconnaissance squadrons acted. Therefore, his diary book "Military Pilot" is something that is worth reading in any case.

Sometimes the Pote attacked German planes and even shot down a number. But not critical.

In general, the service of twin-engine reconnaissance aircraft and fighters did not work out. And the point here is not in any particular backwardness of the P.630, but in the general mess that reigned in the French army. The fact is that the P.630 and P.631 were in fact very similar to the Bf.110C, and therefore everyone fired at them: French troops, British troops, French fighters, British fighters ... That's all.

In this regard, all planes had to be decorated with a wide white stripe running along the side to the left and right of the national circles. The circles themselves were increased in size and outlined with a large edging. And all the same, fire from their own became quite commonplace for the Pote pilots. 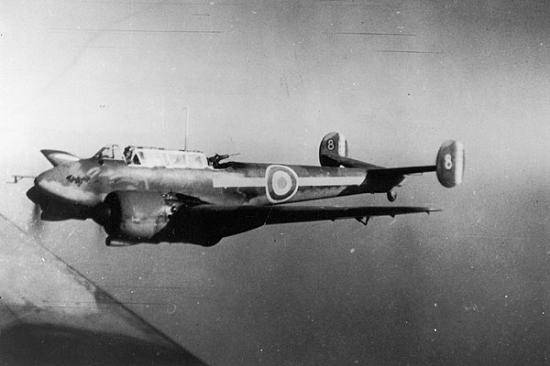 Armament: two front 7,5 mm MAC.34 machine guns and one of the same machine gun on the turret in the rear cockpit 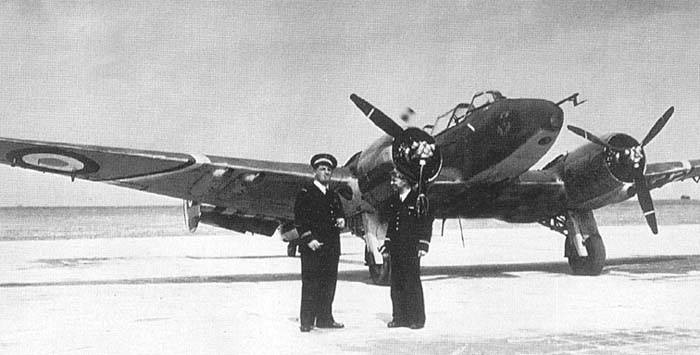 The war showed that, as day fighters, the "Pote" were very so-so. Not only were the speed and rate of climb low, but the armament also left much to be desired.

Yes, for the P.630 twin-engine aircraft, in terms of maneuverability, they were simply excellent. This is true. But the main fighter of the Luftwaffe "Messerschmitt" Bf 109E did everything he wanted with the French "heavy" fighter.

"Pote" could well operate successfully against bombers, scouts and so on, but often there was not enough firepower for this. A lot of aircraft were armed beyond any criticism, since no consensus was reached with the management of "Hispano-Suiza" in connection with the nationalization of the factories.

Therefore, the R.630, armed with two or four 7,5 mm machine guns, were not uncommon. Some machines only had one cannon. In general, there were problems with the Hispano-Suiza's cannons right up to the very end of France.

Realizing that the armament was really weak, the French military department made attempts to strengthen it, settling on the final version of two 20-mm cannons and four 7,5-mm machine guns. And to this standard it was decided to modify all the already produced twin-engine "Pote". However, in fact, only two cars were altered.

By May 10, 1940, when the Germans launched an offensive, only P.631 were used at the front. But only naval pilots from flotilla F1C. This formation fought for 12 days, from May 10 to May 21, 1940. During these 12 days, naval pilots shot down 12 German aircraft and lost eight of their own. And this was a real achievement, as the remaining six squadrons (18 aircraft each) shot down 17 German aircraft.

As a night fighter, the P.631 CN2 was almost as effective as its daytime counterpart. Since the French simply did not have the equipment for detecting enemy aircraft, it is not surprising that the night fighters did not perform a single successful interception.

As a result, a masterpiece decision was made: to use night fighters as daytime attack aircraft. 24 night fighters attempted to strike at the advancing Germans on 17 May. The results of the attacks on the Germans are unknown, and the French lost 6 out of 24 vehicles.

When the French government capitulated to the Germans, 32 R.630 and 112 R.631 remained in the unoccupied zone. But in 1942 they still went to the Germans. There was no profit in this, since less than a third of the total number could be recognized as serviceable and ready for military service. 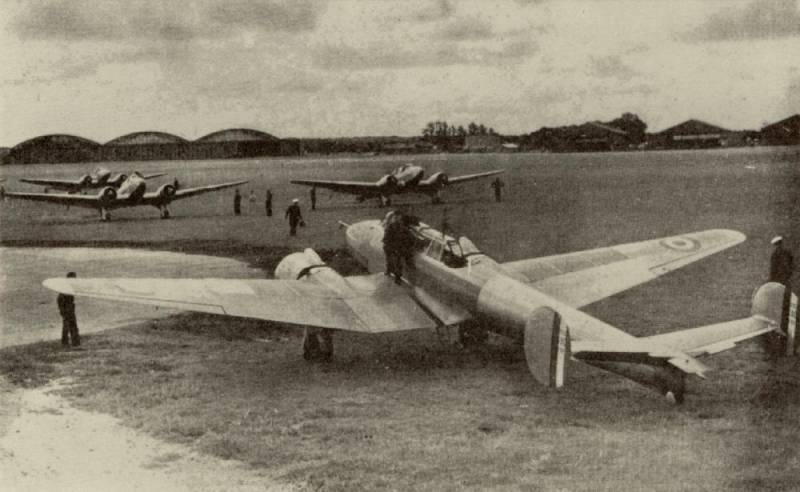 Another squadron P.631 (ECN 3/13), based in North Africa, ended up on the side of the part of the French army that fought on the same side with the allies. So until the end of 1942, the squadron on "night" aircraft was engaged in covering the city of Gabes from German bombers.

In general, a very small number of twin-engine "Pote" out of 1200 survived the war. They were used as training for a very short time, but were mostly decommissioned in 1946.

On some machines, 4 additional 7,5-mm machine guns were installed in under-dust fairings. 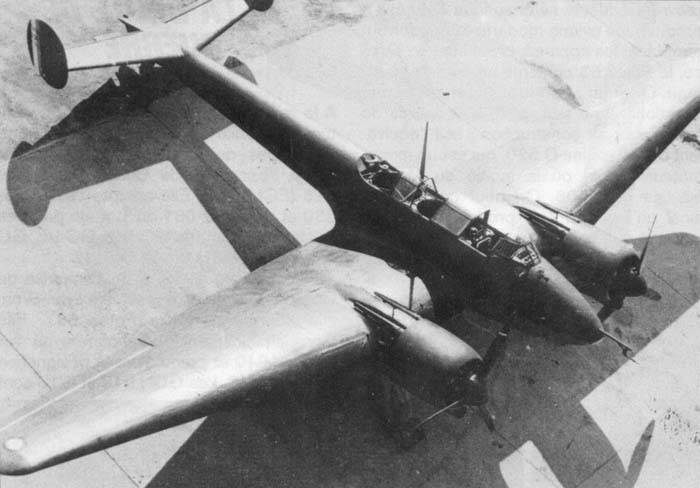 In general, as a result, we can say the following: the idea was quite good, especially with regard to the control plane. However, the plane was not lucky: there was nothing for it: engines, guns, tasks. Therefore, R.630 and R.631 found themselves in a strange situation of searching for an application.

And since everything was very sad in terms of organization in the French army and air force, the Potet was not destined to become another Lightning, alas. Although there was some potential for this.

Ctrl Enter
Noticed oshЫbku Highlight text and press. Ctrl + Enter
We are
An-12 in AfghanistanMiG-23 fighters in Afghanistan
29 comments
Information
Dear reader, to leave comments on the publication, you must to register.