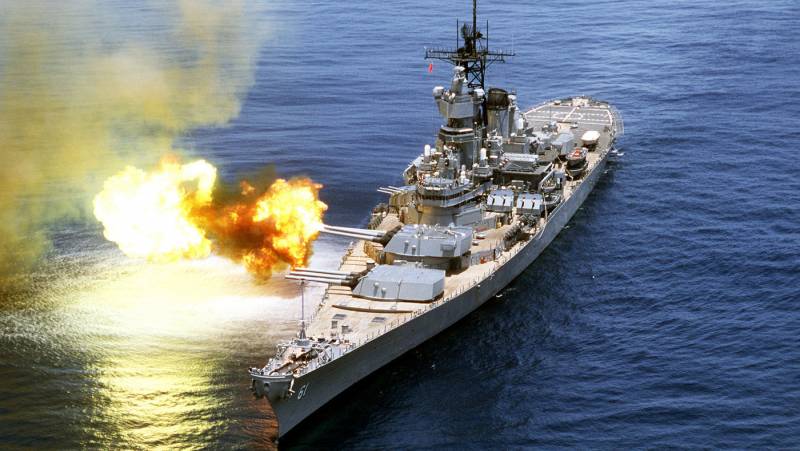 Naturally, your comments on both my format of fighter ratings and the article about Zero prompted me to continue the topic. Okay, I agree: the Zero is the most outstanding carrier-based fighter of World War II. And it stands out because not a single model from any country sent so many pilots to the next world because of its shortcomings.


But now we have ships, judging by the name.

And in the depths of the Web, I saw this rating.

Let's just say: quite logically selected, beautifully designed, everything is delicious. No questions. Here's what the author Dmitry Tatarinov did:

6. British battleships of the King George the Fifth class. 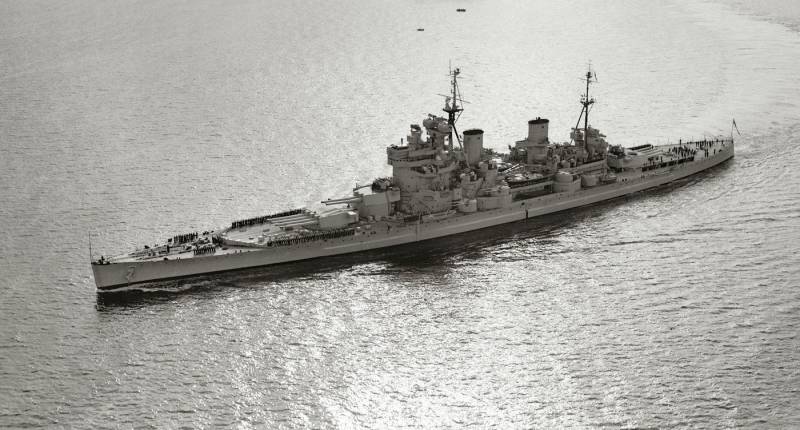 5. Italian battleships of the "Littorio" class. 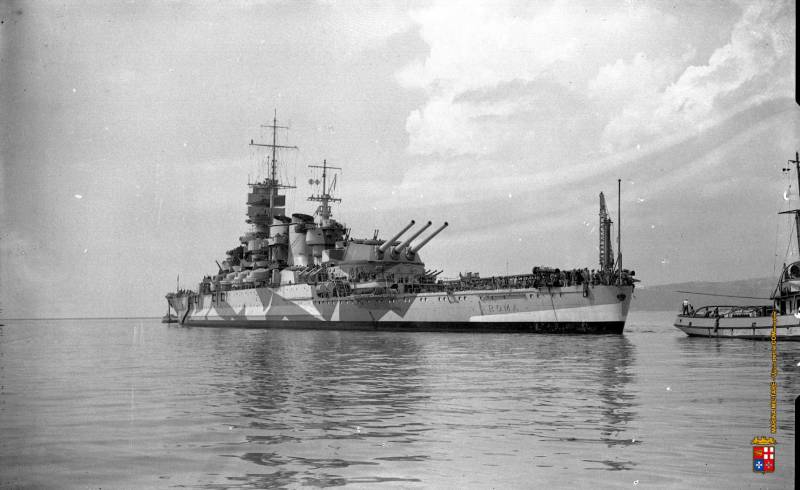 4. French battleships of the Richelieu class. 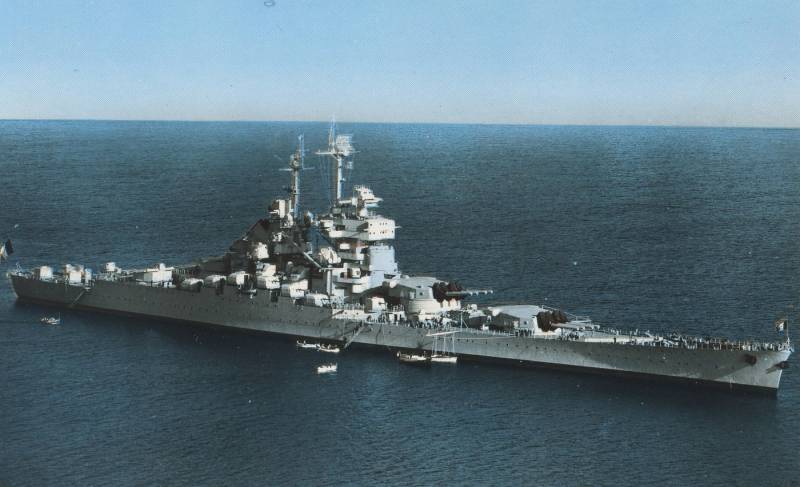 3. German battleships of the Bismarck class. 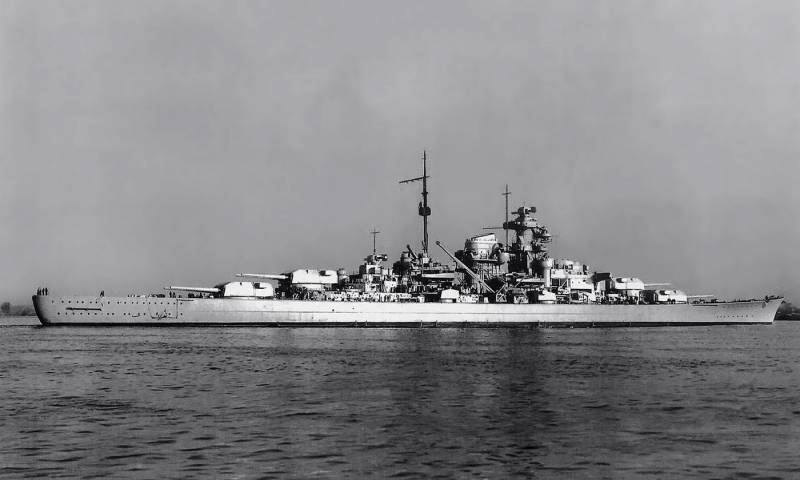 2. American battleships of the "Iowa" class. 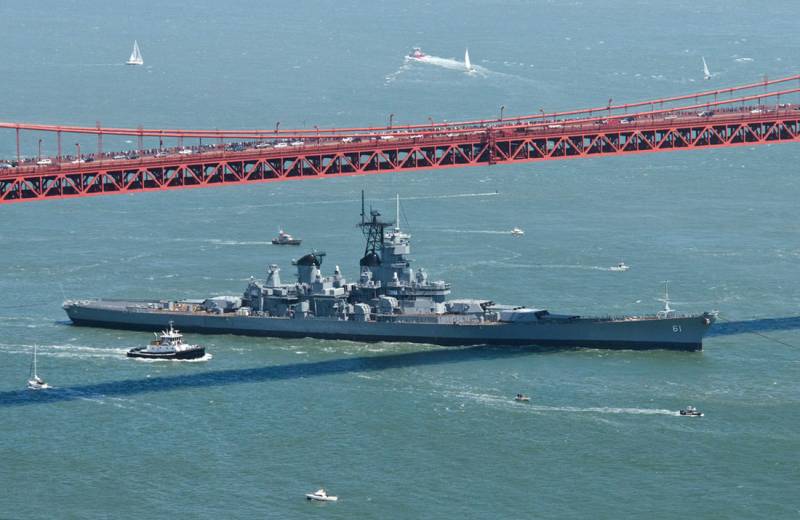 1. Japanese battleships of the Yamato class. 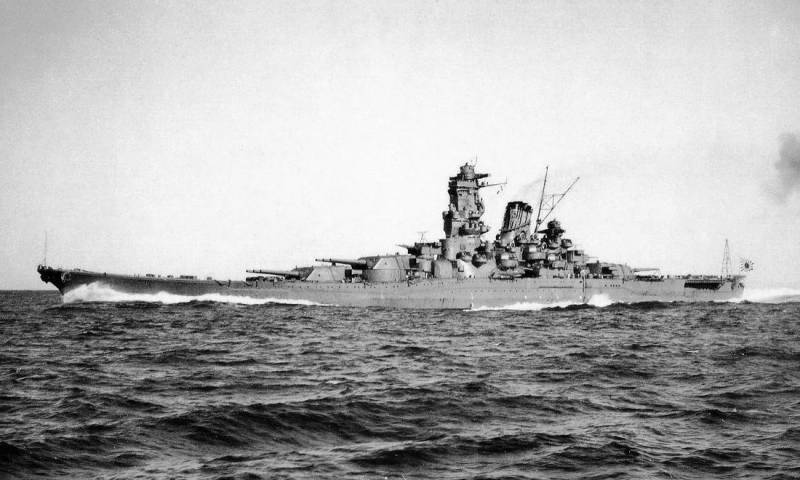 Everything is good, beautiful, logical. Figures, numbers, numbers. Main caliber, number of barrels, projectile weight, number of anti-mine barrels, armor. Naturally, the larger the caliber and thicker the armor, the more powerful the battleship seems to be.

But numbers are not at war. Alas, if the war had been fought with numbers, then of course the Yamato and Musashi would have smashed the American fleet to shreds, and Japan would have won the victory at sea.

So let's take a look at this rating in terms of utility. Usefulness, not millimeters of calibers and centimeters of armor, is what should be fundamental to identifying any rating. Usefulness, that is, successfully completed combat missions, damage inflicted, sunk enemy ships.

And, of course, with minimal damage to yourself. Then it is a real battle ship.

And then the rating will be somewhat different. 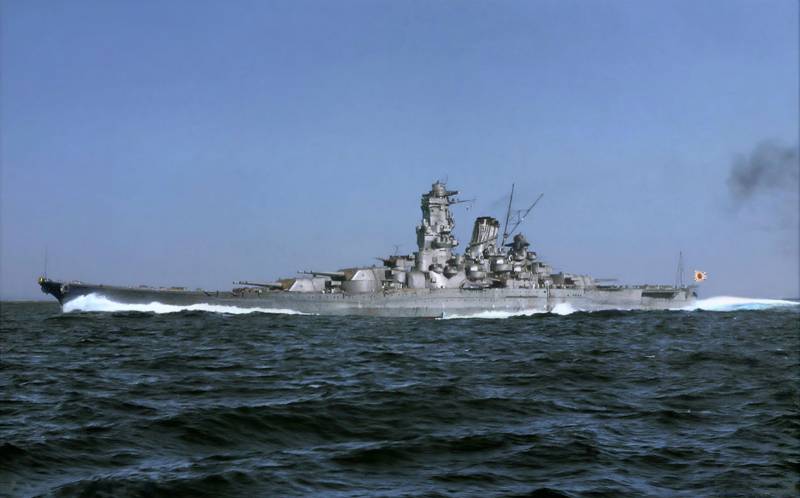 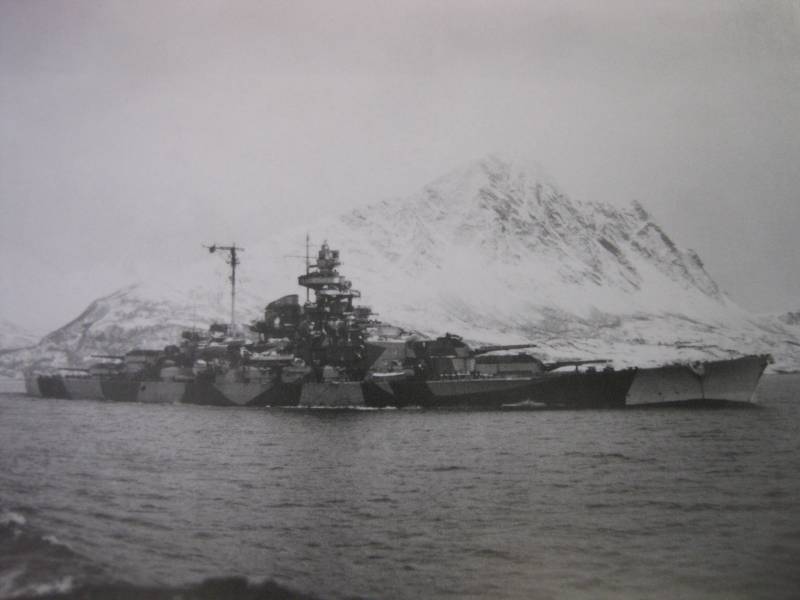 "Tirpitz"
Of course, the most useless and most expensive ships will be in last place. The winners of that rating are Yamato and Musashi. I agree that these ships looked simply intimidating in numbers. But in reality it (as they say in Japanese navy) is one of the three most useless things in the world along with the Egyptian pyramids and the Great Wall of China. Although the last two were more useful than the Yamato.

These huge ships were not only unable to inflict damage on the enemy, "Musashi" did not even shoot once in battle. The Yamato fired several shots in action in Leyte Bay, but without much success.

Their German counterpart "Tirpitz" also never fired in combat, and therefore deserves to stand on the lowest step. Because he hid all the war in the Norwegian fiords instead of fighting. But the command of the Kriegsmarine decided so, we are not discussing, we are stating the fact of worthlessness.

The French ships were all good. And numbers, and power, and beauty. And even took part in the battle. Each in one. 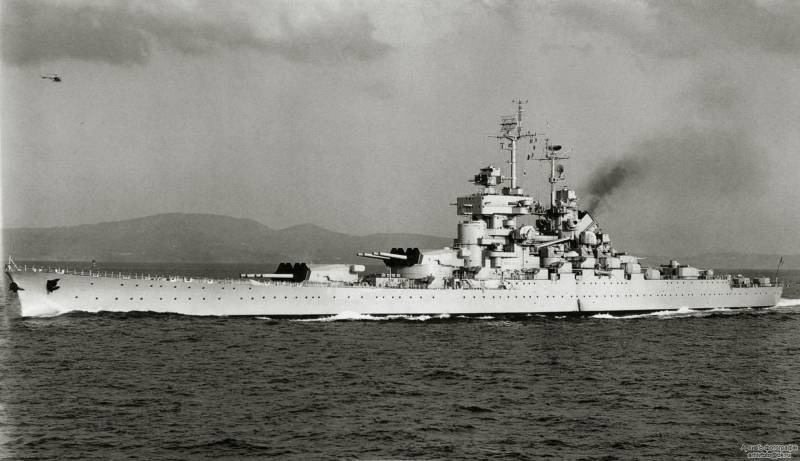 "Jean Bar"
The unfinished Jean Bar fought the Americans and the British in Casablanca and sank, the Richelieu took part in the Senegalese operation and even got into the British battleship Barham. 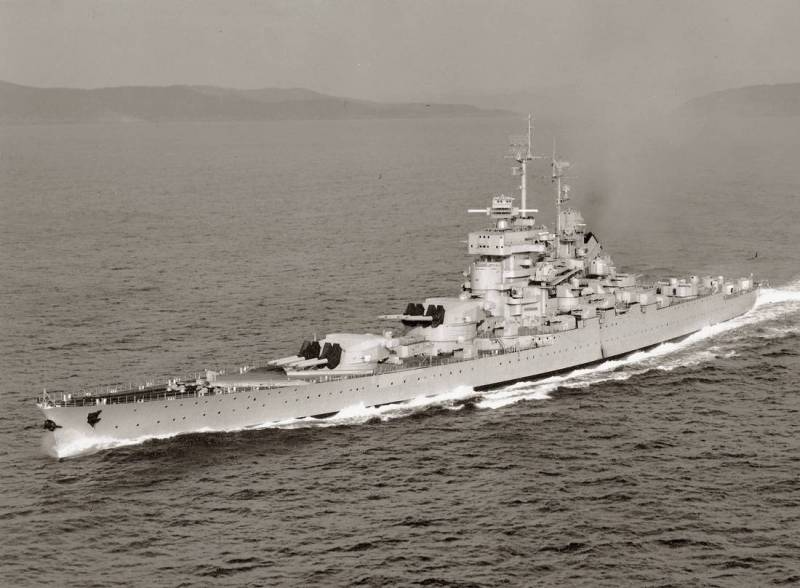 Richelieu
The ships, of course, are not to blame for what happened, but alas, the benefits from them were minimal.

The Italians are in fourth place: Vittorio Veneto, Roma and Littorio. You know, of all the Italians cited earlier, though not for long, they fought. From 1939 to 1943. They attacked the convoys, defended the convoys, shot, they say, even hit. 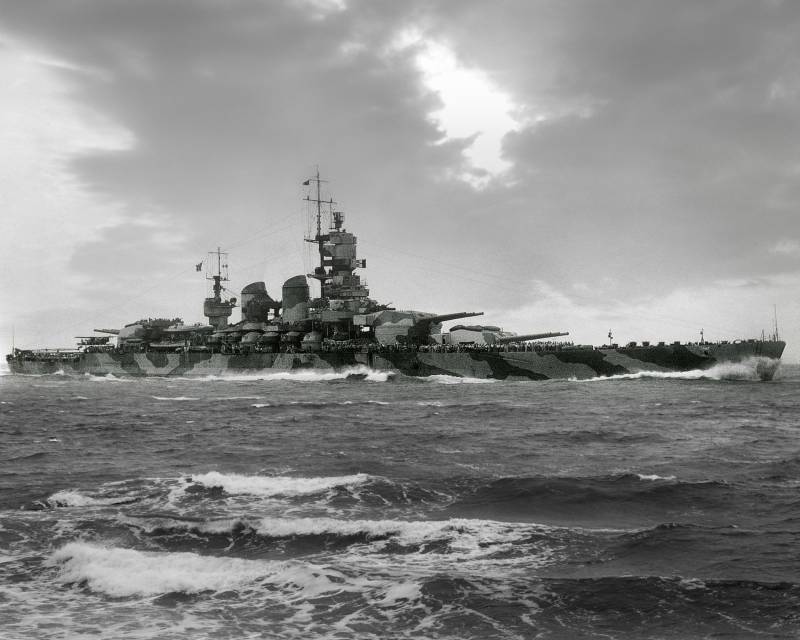 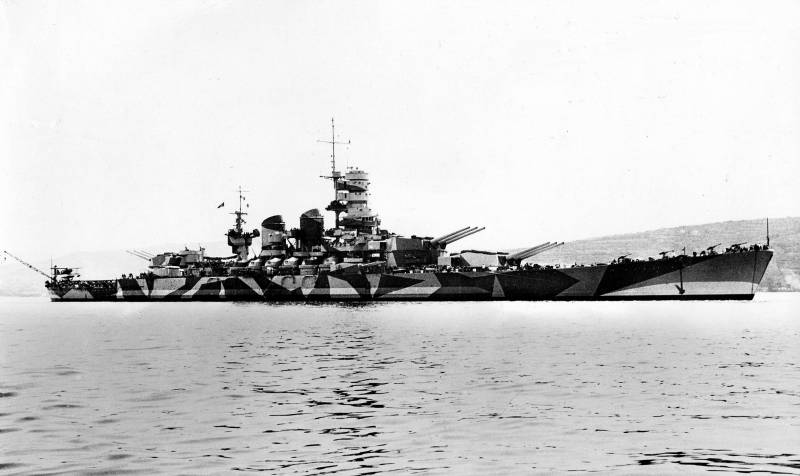 "Roma"
"Roma" was killed by German flying bombs "Fritz-X", the other two survived the war. So we can say with confidence that they were useful.

Deservedly - "Bismarck". Yes, he was in one battle, where he died, but at least he took with him a ship of his class, that is, a battle cruiser. 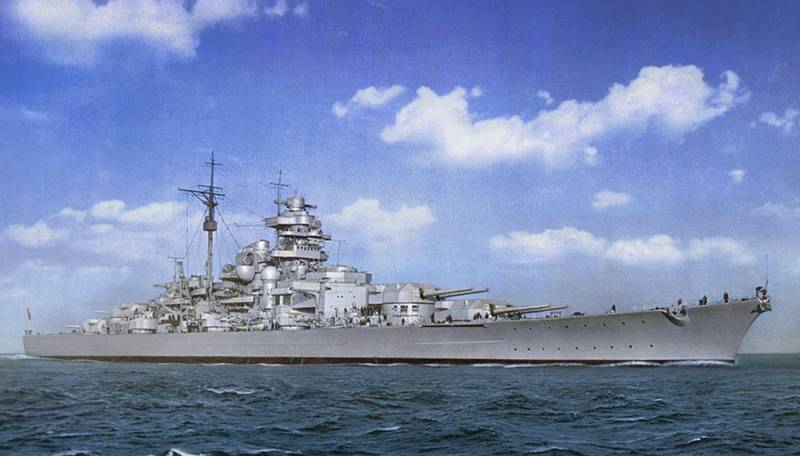 Americans. But not "Iowa", as in the original, which came up to take off the shoes of the killed Japanese, but South Dakota with comrades. 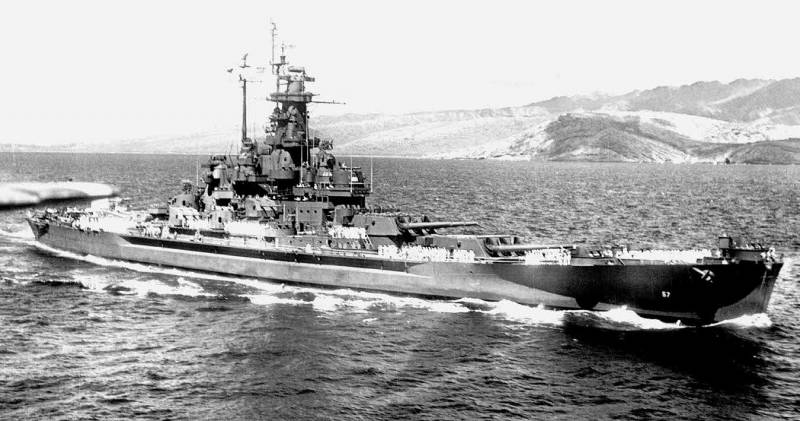 Captured Guadalcanal, took part in the Battle of the Santa Cruz Islands, was disfigured to helplessness by the fire of "Kirishima" and heavy cruisers, after repairs captured the Gilbert Islands, Marshall Islands, Makin and Tarawa, Caroline Islands. Shot down 64 aircraft. 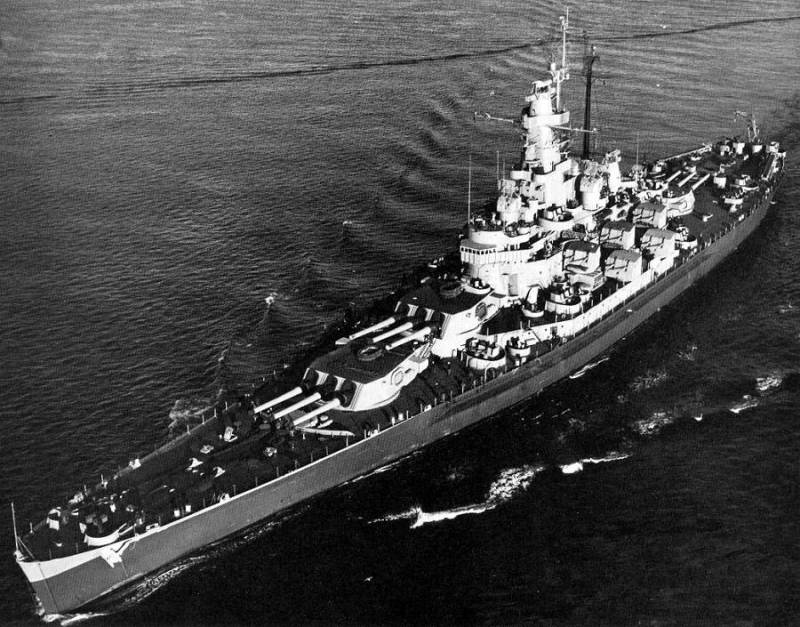 Participated in the defeat of the French fleet in Casablanca, damaged the battleship Jean Bar and sank the destroyer Bolognese. From 1943 to 1945 he worked in the Pacific Ocean, taking part in almost all operations of the fleet. Sank 4 more ships and shot down 18 aircraft. 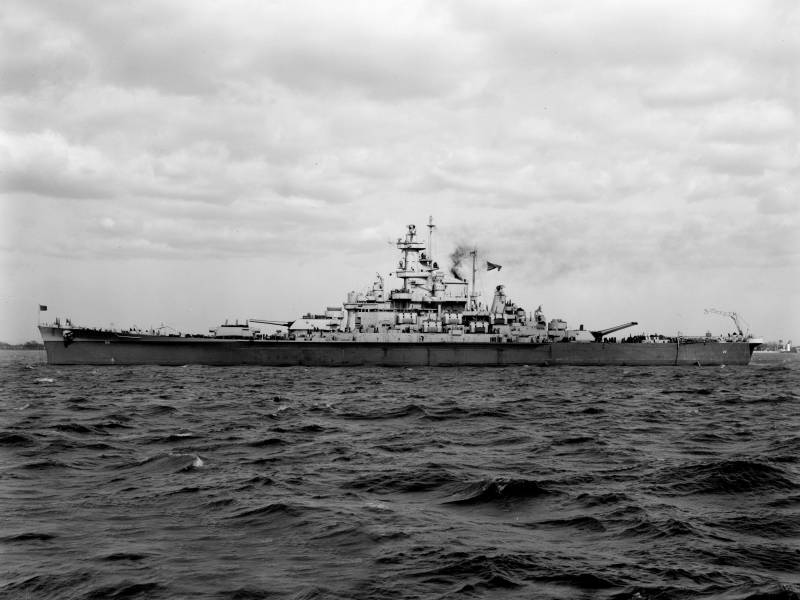 At the beginning of his career he acted off the coast of Norway, then served in the Pacific Ocean until the end of the war. Saipan, Guam, Okinawa, Luzon, Formosa.

This is called normal ship operation. Even in the role of a floating artillery battery, but still. The benefits were obvious.

But to the highest step of the podium it is necessary to raise those who, first of all, did what they had to do. If you are a battleship, then your duty is to sink your classmates, not merchant ships. 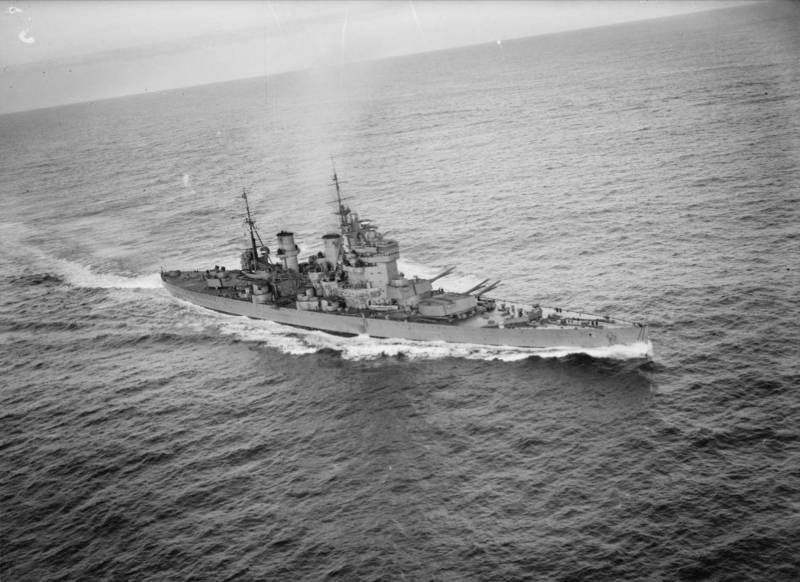 He drowned the Bismarck, covered the convoy, participated in the raid on the Lofoten Islands, covered the Allied landings in Sicily, fought with the Japanese in the Pacific Ocean since 1944, and fired at Tokyo. 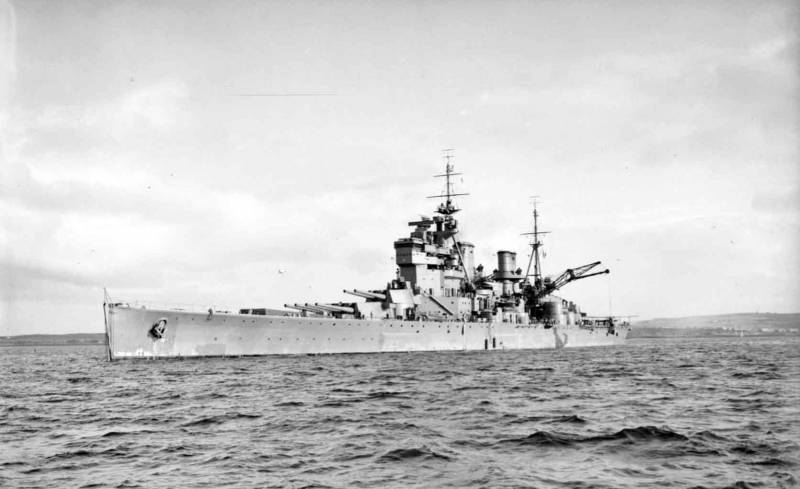 He drowned the Bismarck, then was transferred to Singapore, where it was sunk by Japanese pilots. 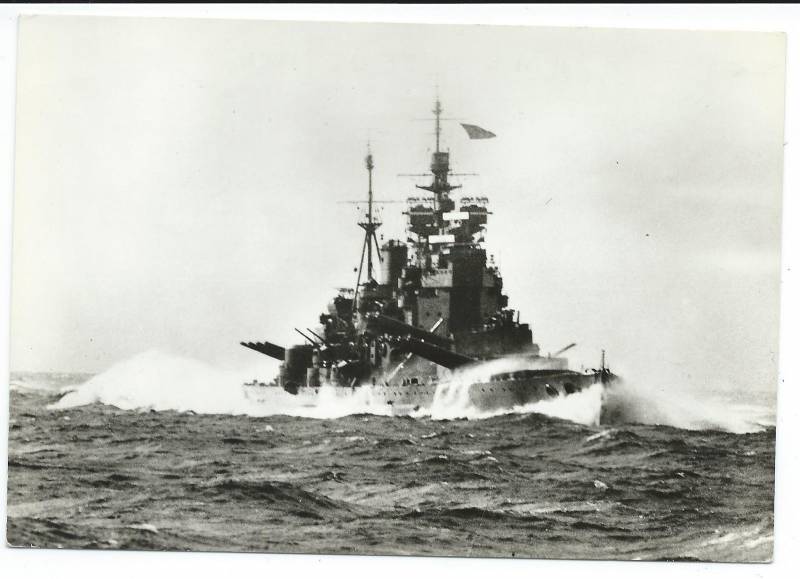 He covered the Arctic convoys, spent almost the entire war in the North. While guarding the convoy, JW-55B engaged in battle with the Scharnhorst and sank it.

This is usefulness and effectiveness. They fought not with numbers, but with everyone else. Together, two battleships sent a very good German ship to the bottom, which was simply unlucky with the command. Moreover, when the Bismarck sank the Hood, the Prince of Wales was left alone against two German ships.

And the crew of the Duke of York are generally handsome. And there is nothing to say.

Was it weird? Well yes. Seemingly not the best, or rather, according to the Belarusian rating, the weakest battleships turned out to be the most useful. Especially Duke. Well, the Bismarck is, of course, good, but what did the Arctic convoys mean to us? And to protect the caravans in the Arctic during the whole war - that's what you want, you say, but the most useful from my, Russian point of view, was the Duke of York.

You can admire the power and size of the Yamato and Musashi as much as you want. Yes, they were quite ... impressive. But when it came to real application, alas, it turned out to be a big puff that took many lives.

The vaunted Tirpitz was no better. All the war to hide and die like a landing stage - and the point? Now, the point is precisely that the ship was to be used as a ship. And the British used their battleships, chasing them in the tail and in the mane.

The rating is, of course, controversial. However, it has common sense. Of course, Ferrari and Lamborghini are cool. But in everyday life "Corolla" is much more convenient. "Musashi" and "Yamato" were colossal show-offs. But the war was pulled out by such "weak" and unsightly "South Dakota" and "George Kings".

And the show-off went to the bottom. With very impressive special effects. 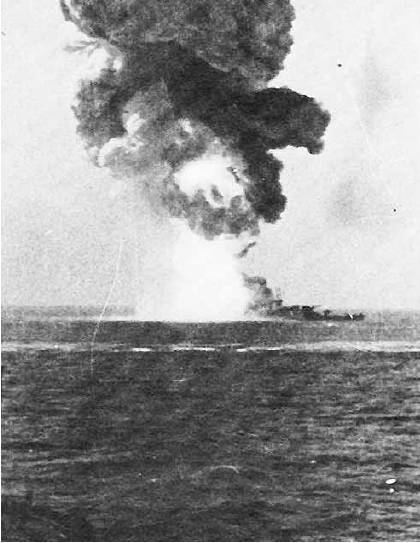 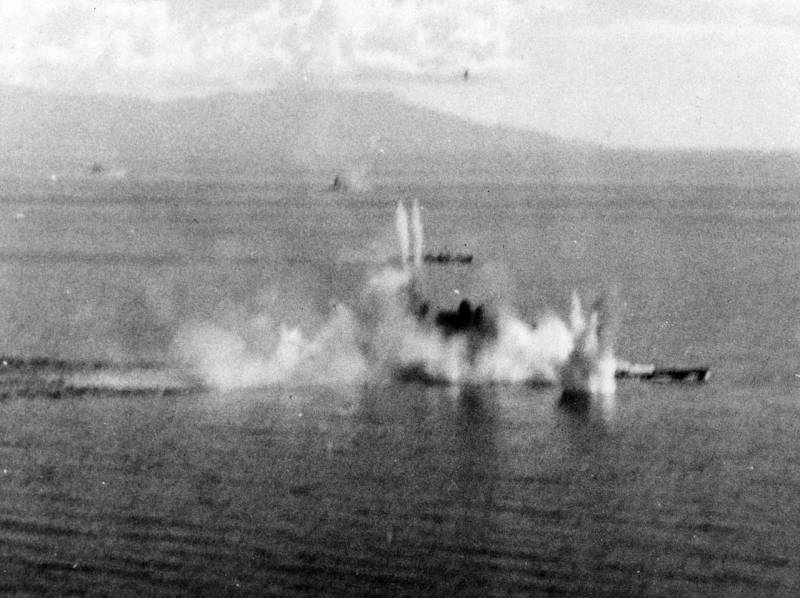