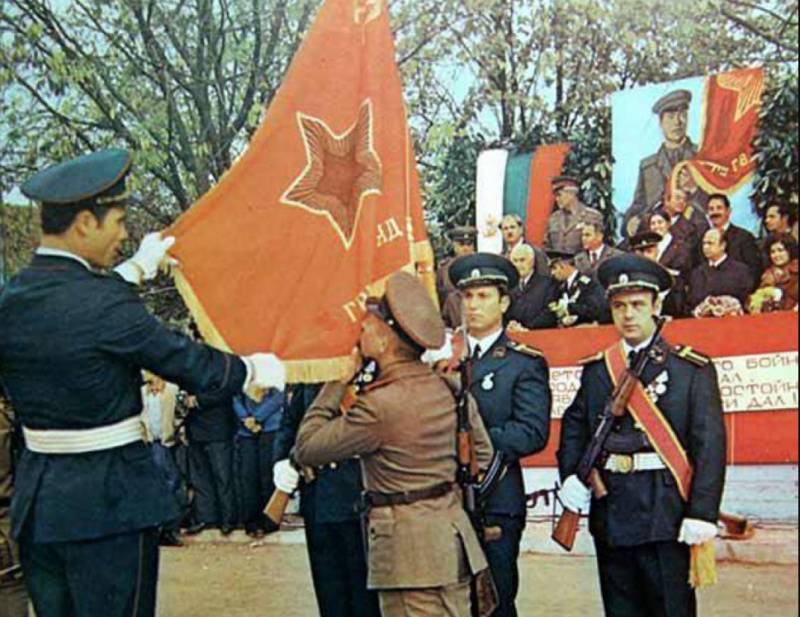 The Warsaw Pact organization united the military-political and ideological allies of the USSR in Eastern Europe. But, despite the entry into the bloc of a number of countries led by the Soviet Union, he also had weaknesses.

It’s worth mentioning right away that talking about the weakness or strength of various armies of the Warsaw Pact can be very arbitrary, especially if we are not talking about obvious bloc leaders like the armies of Poland or the GDR, but about “secondary” armies. As you know, the most popular in terms of training and weapons, and in terms of morale among all the ATS armies after the Soviet was the National People's Army of the GDR. The Polish People’s Army was in second place in size after the Soviet Army, but in terms of combat effectiveness it was still inferior to the NNA of the GDR.

This was followed by the Czechoslovak People's Army and the Hungarian People's Army, also well armed and trained. But the number of PRA was almost two times higher than VNA. The armies of the southern countries of the bloc were not particularly combat-ready, while Bulgaria was inferior to Romania in terms of the number and equipment of its armed forces. At the same time, the Bulgarians had an advantage over the Hungarians in that they had access to the sea and their naval fleet.

The Warsaw Pact did not pay much attention to the Bulgarian army. This was due to the remoteness of Bulgaria from the alleged main theater of operations in Germany. In the event of a conflict with NATO, Bulgarian forces should have fought on the territory of Greece and the European part of Turkey. Accordingly, the Greek and Turkish armed forces were potential opponents of the SUA (moreover, the latter did not have the bulk of them).

As a matter of fact, the weakness of the Bulgarian armed forces was traditional in the XNUMXth century: first, Bulgaria was the weakest ally in the four Germany - Austria-Hungary - Ottoman Empire - Bulgaria in the First World War, then - the weakest satellite of the Third Reich. However, in Bulgaria itself there was a completely different opinion about its military capabilities: for example, some articles of Bulgarian historians emphasize that, allegedly in the US CIA reports, the Bulgarian People’s Army was listed as the most efficient in the Warsaw Pact after the Soviet Army. No one in the public domain has ever seen these summaries ...

The armed forces of the People’s Republic of Bulgaria in the 1950s and 1980s included ground forces, the air force, the navy, as well as construction troops, rear services, civil defense, and military educational institutions. The Bulgarian army was most reminiscent of the Soviet in structure, with uniforms, insignia, military ranks were almost completely copied from the Soviet, when comparing the armies of Bulgaria and, for example, the GDR, Czechoslovakia or Poland. 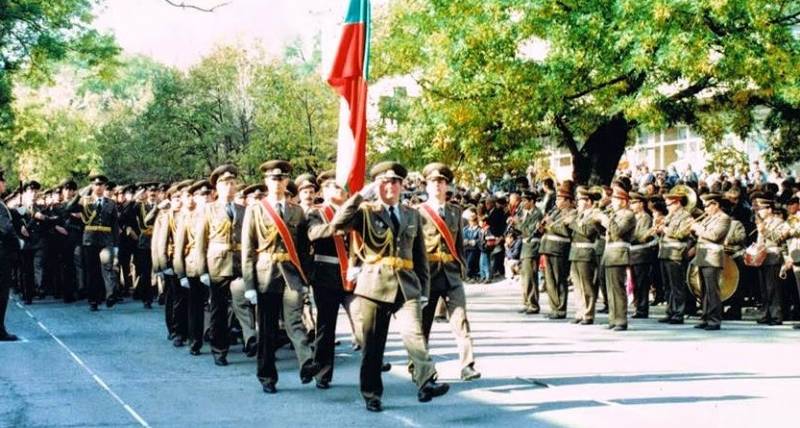 The BNA ground forces included 8 mechanized divisions and 5 tank brigades with approximately 1900 tanks. However, with such an impressive number of tanks, most of them by the standards of the 1970s - 1980s. was already obsolete. But Bulgaria had a fairly efficient air defense, which included 26 S-200 divisions, 10 S-300 mobile units, 20 SA-75 Volkhov and Sa-75 Dvina, 20 2K12 KUB complexes, 1 2K11 anti-aircraft missile brigade. Circle ", 24 mobile anti-aircraft missile systems" Osa ".

It should be noted that, along with Poland and Germany, Bulgaria was among the three countries of the Warsaw Pact, where the number of power structures that are not part of the Ministry of Defense exceeded the size of the army itself. So, an important task of the border troops of the Ministry of Internal Affairs of Bulgaria was to protect the state border of the country with Greece and Turkey, and in fact - to protect the borders of the socialist bloc from NATO countries.

Interestingly, the existing alignment of forces has survived in our days: Bulgaria can hardly be called a militarily strong NATO country, even when compared with other East European states. It is not the last among the NATO armies in Eastern Europe only because of the collapse of Yugoslavia and the emergence of dwarf armies of newly minted states. Of course, the modern Bulgarian army is stronger than the Macedonian or Slovenian, but it can not be compared with the armed forces of the same Poland or Hungary.