New machine gun based on RPK-16. Is it good to make good? 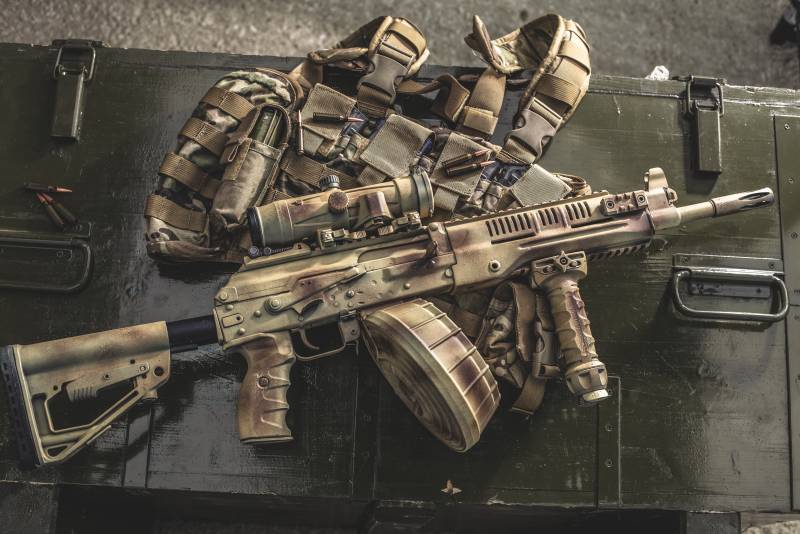 RPK-16 with a drum magazine

In 2017, the Kalashnikov concern introduced the promising RPK-16 light machine gun. In the future, this weapon passed tests, and the organization-developer was preparing mass production; there were statements of imminent adoption. However, it has now become known that the design of the RPK-16 will have to be seriously redesigned - in fact, with the creation of a completely new model.

Tests and their results

As previously reported, in 2018, the RPK-16 machine gun passed factory tests and refinement, after which it was offered to the Ministry of Defense. In 2018-19. a batch of such weapons went to the army to undergo military tests. Inspections were to be carried out in different conditions of all major climatic zones. Long before the completion of the checks, Kalashnikov began to talk about the readiness of launching the series, and at the Ministry of Defense - about the imminent adoption of the product into service.

2 July RIA News, referring to its source in the defense industry, revealed the current state of affairs around RPK-16. It is alleged that the machine gun underwent experimental military operation, as a result of which the Ministry of Defense put forward a number of comments and suggestions. They need to be taken into account during further refinement of the design.

The test results and customer comments were taken into account and summarized. An improved version of the existing RPK-16 will now be created. Moreover, as the source of RIA Novosti, the design of the machine gun does not allow to fulfill all the wishes of the military. Because of this, a serious alteration is required, and in fact it is a question of creating a new model on the basis of the existing one. Machine gun processing work begins this year.

A new machine gun for our army will be created on the basis of the existing RPK-16. This machine gun was first shown in 2017 and since then it has gained quite wide popularity. RPK-16 attracted attention due to the presence of a number of interesting features that set it apart from other domestic “handbrakes”. It was expected that the introduction of such a product into service would positively affect the potential of rifle units. 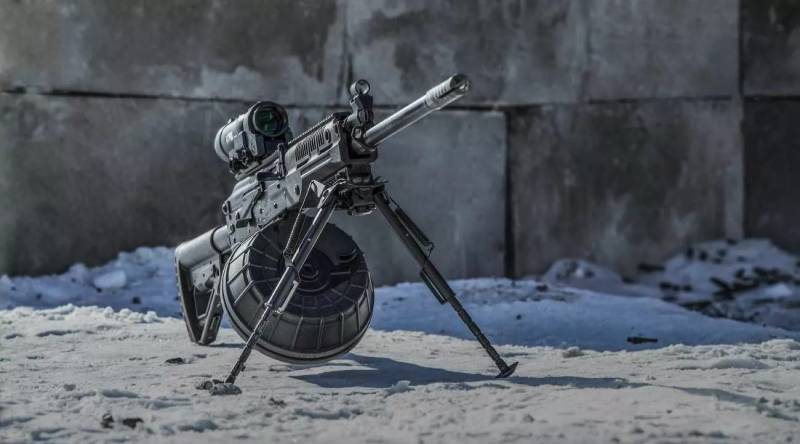 RPK-16 in the initial version is a weapon of "automatic" layout and ergonomics. The design is reinforced taking into account the main fire conditions. Automation is based on a gas engine with a long piston stroke, traditional for M.T. Kalashnikov. The weapon uses a 5,45x39 mm low-pulse cartridge with delivery from detachable magazines. Rate of fire - 700 rds / min. The trigger mechanism allows you to shoot in single or bursts. Shooting - only with a closed shutter.

RPK-16 uses interchangeable barrels. A barrel with a length of 580 mm is intended for combined arms combat; a short 415 mm is proposed for battles in difficult conditions. Replacing the barrel takes only a few minutes and can be done by the shooter independently, without the use of a complex tool. Compatible with interchangeable muzzle devices.

A machine gun uses magazine-based ammunition. Full compatibility with box magazines for AK-74 assault rifles and RPK-74 machine guns is maintained. In addition, a new drum magazine for 96 rounds was developed, which allows to increase the density of fire.

Ergonomics of the type of existing assault rifles, the possibility of long-term firing without replacing the magazine, compatibility with various “body kits”, etc. were mentioned as the advantages of RPK-16. Given all these factors, the new machine gun against the background of its predecessors looked very interesting.

It is known that, according to the test results, army specialists compiled a list of necessary improvements and innovations. What exact requirements are included in it is unknown. At the same time, certain customer wishes lead to the need for such a serious processing of the machine gun that we have to talk about a completely new model. 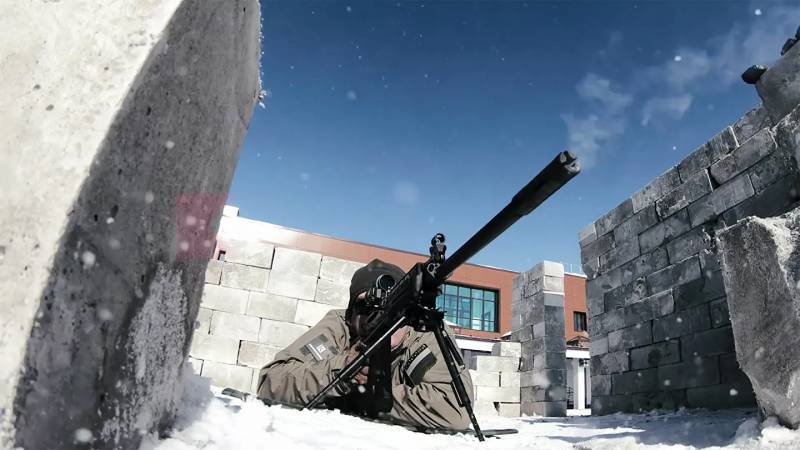 Typically, during military tests, various minor flaws are identified in the field of ergonomics, maintenance, survivability of parts, etc. Correction of such deficiencies is not difficult, and also does not significantly affect the design as a whole. After such refinement, the sample goes into service and goes into series. Moreover, the improved version from the point of view of origin or name is often not distinguished from the base one and is not considered as a separate construction.

In the case of an improvement in RPK-16, the actual development of a new "parking brake" on the basis of the existing one was announced. This suggests that the list of wishes and requirements provides not only minor innovations in not the most significant areas. It is possible that individual claims could affect the main parts of the weapon or even the basic concepts of the project. Such improvement really turns out to be similar to the development of a new project.

Judging by the open data, RPK-16 is a very successful weapon that has significant advantages over previous domestically produced light machine guns. However, domestic and foreign experience shows that such a design can be improved with new advantages.

One of the main tasks of a light machine gun is long-term firing in bursts - to support machine gunners who do not have this capability. The old RPK-74 could not cope with this work because of the small capacity of the store: 30 or 45 rounds did not provide sufficient firing duration without reloading. RPK-16 with a “drum” of 96 rounds has obvious advantages.

Foreign experience shows that a machine gun under a low-pulse cartridge with the possibility of magazine and tape power can be useful to troops. Several samples of this kind have been adopted and receive good reviews. Similar machine guns were also created in our country, but RPK-16 is not one of them. 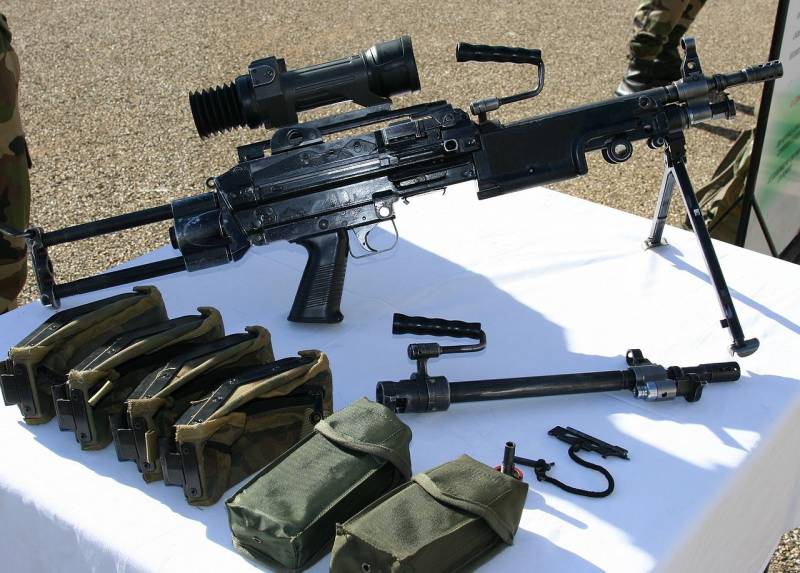 Machine gun FN Minimi - one of the samples for store and belt power. In the foreground are laid soft containers for ribbons (left) and magazine pouches
It is possible that the army, taking into account domestic and foreign experience, demanded to redesign the RPK-16 design to ensure the use of not only stores, but also tapes. A machine gun with such capabilities would be more interesting for the customer.

A serious problem with the PKK product line is the preservation of the “automatic” principle of operation with firing from a closed shutter. This leads to faster barrel heating up to the loss of accuracy and accuracy characteristics, and also gives the risk of spontaneous ignition of the cartridge in the chamber. To get rid of such shortcomings, a serious revision of the existing bolt group and trigger mechanism is required.

Machine gun of the future

Work on the new version of RPK-16 begins only now, and it is not known what they will lead to. Any result can be expected. A promising “handbrake” may turn out to be the basic RPK-16 with a change in some details that do not affect the operation of the weapon, but simplify its operation. You can also expect a radical processing of all the main units with the preservation of only individual devices and principles.

At the same time, it can be assumed that the updated or rebuilt RPK-16 will more fully meet the requirements of the customer and therefore will be able to pass the necessary tests without difficulties and complaints. Accordingly, the machine gun in the future will get a chance to enter service. The army will be able to get a light machine gun that meets its wishes and devoid of the shortcomings of its predecessors.

The timing of the appearance of such weapons remains unknown. Its development begins this year, and, depending on the features of the restructuring of the base project, it can take several months or several years. Thus, a new machine gun is hardly worth waiting for before the future Army 2021 exhibition. However, one should not rush in this area, because the main thing is the result.