What will be the wheeled floating Tor air defense system? 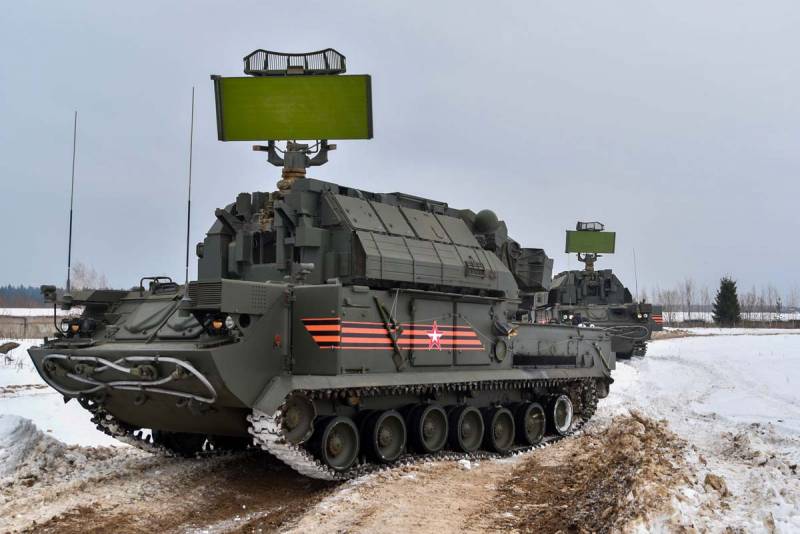 Serial "Tor-M2" on a tracked chassis. Photo by the Ministry of Defense of the Russian Federation / mil.ru

To date, the armed forces of Russia and other countries have received and mastered several hundred anti-aircraft missile systems of various modifications of the Tor family. In the foreseeable future, another version of such an air defense system is expected to have distinctive differences. It is reported that this time it is about increasing mobility and mobility.

Prospects for the Torah

In the June issue of the National Defense magazine, an interview was published with the commander of the air defense forces of the ground forces, Lieutenant General Alexander Leonov. The general spoke about recent events and revealed some plans for the near future. In particular, they touched upon the development and supply of new samples from the composition of already known families.

A. Leonov said that there are contracts for the supply of serial Tor-M2 air defense systems, and their implementation will continue until 2027. There are also plans to equip the Arctic air defense units with specialized Tor-M2DT systems. The development of new modifications of the complex continues.

A new version of the Tor-M2 air defense system will be carried out on a special wheeled chassis. The main requirement for such a combat vehicle is the ability to overcome water obstacles by swimming. Other details of the project have not yet been given.

The key element of the Tor range of air defense systems is the so-called anti-aircraft missile module - a turret with a launcher, complemented by other equipment. Such products can be mounted on different chassis, which has been repeatedly confirmed in practice. To date, a potential customer has the opportunity to choose an air defense system on the most interesting platform for him. Some of the proposed options have reached the series. 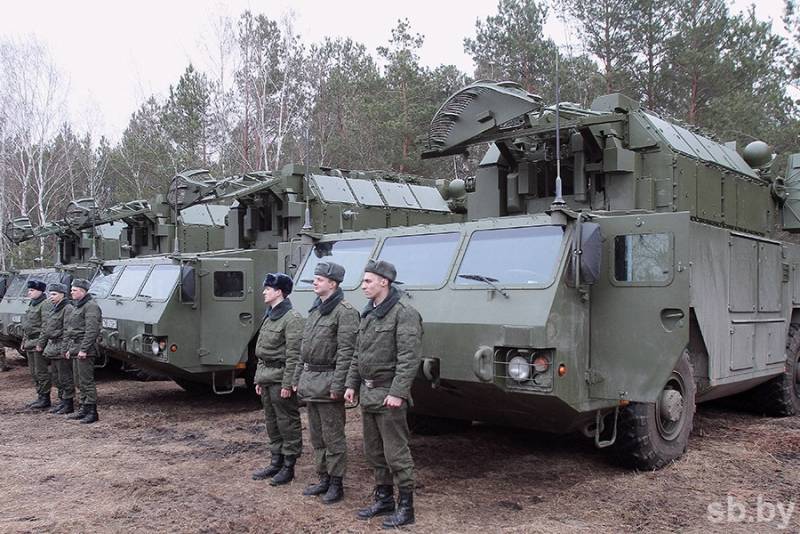 Wheel "Tor-M2K" of the Belarusian army. Photo Sb.by
The first modifications of the Torah were based on the GM-355 tracked chassis. Later it was replaced with a newer GM-5955. As part of the development of the 9K331 Tor-M1 project, wheeled air defense systems were offered. So, the option “Tor-M1TA” was built on the basis of a truck with a semi-trailer, and the modification “M1B” was completely placed on trailers. A stationary version of the complex has been developed.

The later Tor-M2 project also involved the use of several different types of chassis. The basic and export ("M2E") options were based on tracked chassis. The Tor-M2K complex was proposed on the MZKT-6922 triaxial chassis from the Minsk Wheel Tractor Plant. Finally, it was developed and put into a series of air defense systems on a two-link tracked chassis DT-30 - “Tor-M2DT”.

Now it is expected the appearance of a new modification of the Tor-M2 on a wheeled chassis. Very little is known about it so far - in fact, only the type of chassis and its capabilities.

Although the model of a promising chassis for the next modification of the Torah has not yet been named, you can consider the available options and make some predictions. Available information also allows us to predict the possible areas of application and advantages of the new air defense system over existing ones. 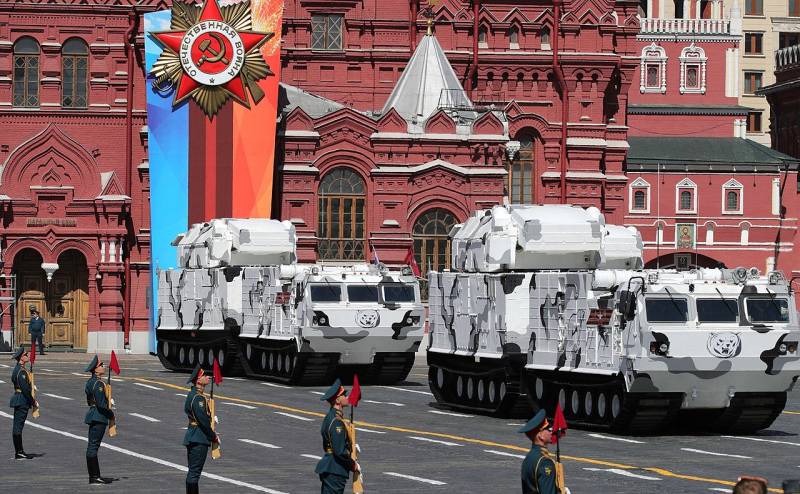 "Tor-M2DT" on an articulated chassis. Photo AP RF / kremlin.ru
The Tor family already has a wheeled combat vehicle, but it does not fully comply with the new requirements of the air defense forces. The MZKT-6922 chassis for the Tor-M2K complex is distinguished by sufficiently large dimensions and mass, but it shows the necessary characteristics of mobility on land. Due to its large mass, this platform can only overcome water barriers along fords of limited depth. There is no swimming opportunity.

Thus, a new project requires some promising chassis, different from the already used one. Moreover, the choice is not too great: wheeled platforms with the necessary carrying capacity for our army are supplied by only two enterprises, the Minsk MZKT and the Bryansk BAZ. The latter has already been involved in the work on the Torah.

At the Army-2019 exhibition, the Izhevsk Electromechanical Plant Kupol showed a full-size prototype of the promising Tor air defense missile system on a completely new chassis. The four-axle car was designed and built by the BAZ; the layout of the target equipment was made and installed on the "Dome".

The chassis sample shown had a characteristic exterior formed by flat panels. The machine is built according to the rear-engine scheme with the organization of all-wheel drive of all eight wheels. The frontal part of the hull is allocated for a cabin with developed glazing, and the central compartment is given for the installation of target equipment, including anti-aircraft missile module. 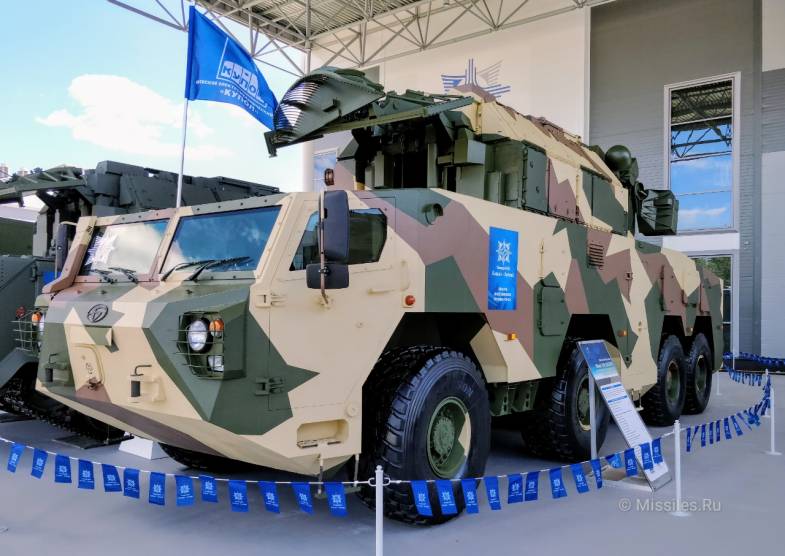 The prototype “Torah” on the new BAZ chassis, 2019. Photo by Missiles.ru
The new development is an option for the development of the Tor-M2 air defense system and has corresponding combat qualities. The module is equipped with all the necessary means of radar and carries 16 missiles in the TPK. The ability to shoot on the go and the enhanced characteristics provided by modern SAMs should be maintained.

At that time, it was about testing a prototype and working out various features of the project. Based on the results of such events, it was planned to determine the final appearance of the complex, and in the future it may get chances to get into the army.

It has been argued that the construction of the Torah on a BAZ chassis has several advantages. First of all, this is the lack of need for imported MZKT and support for its own production. In addition, BAZ and Kupol are part of the Almaz-Antey concern, which should simplify the organization of work. Also, the new project is the next step in restoring the competencies of BAZ in the development and construction of special chassis.

It is possible that last year’s layout was built specifically on a promising floating chassis and is directly related to the project recently mentioned by the commander of military air defense. If this is the case, then a real sample of the floating Thor may appear in the very near future, and then its mass production will begin. However, the timing of these stages of the project remains unknown. 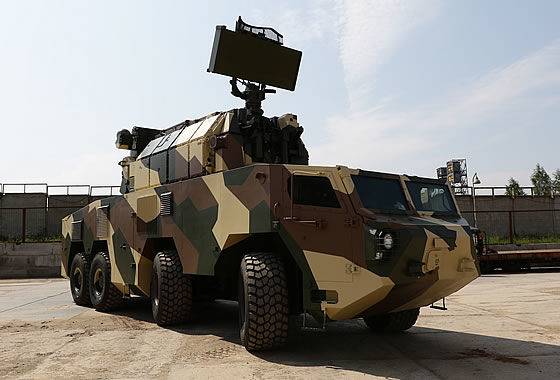 Wheel "Tor-M2" in the expanded state. Photo by IEMZ "Dome"
Obviously, the appearance of air defense systems on a floating platform will provide significant advantages. The existing mass modifications of the Torah are not ideal in terms of general mobility and mobility on the battlefield. The prospective development of the "Dome" and the BAZ, apparently, will bring together the best qualities of existing equipment and complement them with new features.

The troops will receive a relatively simple machine with high mobility and mobility, and for the first time in the family capable of independently overcoming deep water barriers. She will be able to constantly accompany motorized rifle and other units equipped with light floating armored vehicles. Armored personnel carriers and infantry fighting vehicles at crossings will not remain without air defense.

A new version of the Torah may have good commercial prospects. The previous wheel modification attracted the attention of potential customers and was even supplied to third countries. Due to the obvious advantages, a floating air defense system is able to repeat such successes.

The existing contracts provide for the delivery of the Tor-M2 air defense systems until 2027. There is enough time left to complete the development and launch production of the floating complex, although the exact dates are unknown. Also unanswered questions of production volumes, pace of implementation, etc. It is unclear exactly how the simultaneous service of the complexes on different chassis will be organized, and whether it is planned to replace old tracked vehicles.

However, it is clear that work is ongoing and will soon yield results. In addition, once again the chosen approach to the development of the project due to the change of platforms shows itself from the best side. Thanks to this, Torahs at different bases will be able to work equally efficiently both on land or on rivers, and in the snow of the Arctic.

Ctrl Enter
Noticed oshЫbku Highlight text and press. Ctrl + Enter
We are
The defenselessness of "Thors" and "Pantsiray" before the "blow to the crown" is preserved! Important "signals" exercises of the Air Force of South KoreaAnti-aircraft missile systems of the Tor family
Military Reviewin Yandex News
Military Reviewin Google News
44 comments
Information
Dear reader, to leave comments on the publication, you must to register.