Taking into account the Syrian experience: features of the Ka-52M "Super Alligator" helicopter 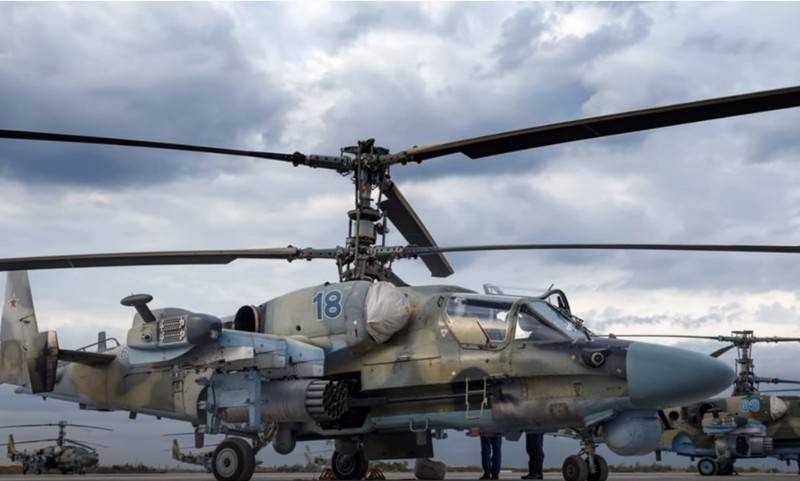 The Russian Ministry of Defense intends this year to sign a contract for the supply of 114 Ka-52 helicopters in a modernized version of the Ka-52M. An enterprise has already been identified that will be engaged in the production of a new version of the Alligator - the Arsenyevsky Progress aircraft plant in Primorye, but production will begin no earlier than 2023, since the end of the Ka-52M tests is scheduled for the end of 2022.


The creation of a new version of the Ka-52 helicopter became known in 2018. According to the CEO of Russian Helicopters Holding Andrei Boginsky, the Ministry of Defense, having studied the experience of using helicopters in combat conditions in the Syrian Arab Republic, set the designers to create a modernized version that would take into account the proposals of the flight and engineering personnel participating in the battles.

As you know, tests of the new version of the Ka-52M Super Alligator helicopter began back in 2019, and a phased plan was drawn up to test new on-board systems and weapons of the modernized helicopter. According to the plans of the developers and the military, state testing of the machine should end in December 2022, after which their mass production will begin. In total, it is planned to receive 114 Ka-52M helicopters.

As previously repeatedly reported, unlike its predecessor Ka-52 helicopter, the modernized Ka-52M "Super Alligator"
received enhanced armor and a new airborne defense system that protects the machine from anti-aircraft missiles. Armament was unified with another rotorcraft - Mi-28NM. The Ka-52M arsenal will include long-range Hermes-A missiles, guided by Vikhr-M anti-tank missiles, as well as Product 305 - aviation cruise missile with a range of up to 100 km.

To use the new missiles, the GOES-451 multi-channel sighting system will undergo a deep modernization, allowing the use of weapons at any time of the day or in any weather. In addition, the helicopter will receive a new radar with AFAR, a new avionics of the cockpit and improved power supply. The changes will also affect the screw group.

And finally, the helicopter will be able to automatically receive data from the Sagittarius reconnaissance, command and communications complex, which will allow for real-time information about the combat situation on the ground and likely targets.

Which helicopter will turn out in the end, it will be clear after comprehensive testing of the modernized machine. Whether it will be better or worse than Western-made helicopters - time will tell. To compare modern combat helicopters, and not only them, is a thankless task. But now we can say that according to the declared characteristics, especially weapons, the Ka-52M, at least, will not be inferior to modern Western models of combat helicopters. It is possible that the modernized version of the Ka-52M will attract more attention not only of the Russian army, but also of foreign customers, and will not be limited, like the base Ka-52, to Egypt alone.
Ctrl Enter

We are in Yandex Zen
Lessons MAX-2015
An-12 in Afghanistan
113 comments
Information
Dear reader, to leave comments on the publication, you must to register.