When the Pantsir ZRPK was in the unskilled hands of the SAA, and the Abrams tanks were in the hands of the Saudis: problems of the arms market 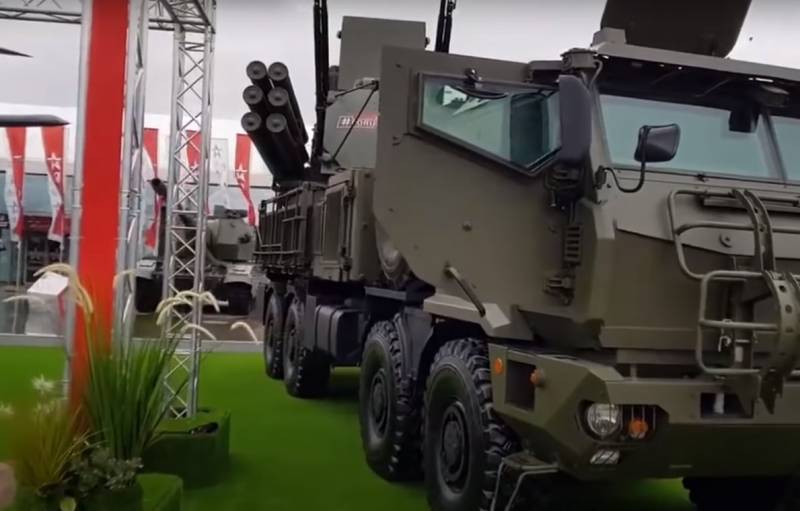 Saudi troops throw expensive American Tanks at the first shots of the Hussites, and the Syrians are not able to master the armor delivered by Russia. What problems are facing the supply of modern and high-tech military equipment?


For decades, major manufacturers weaponsFirst of all, the USA and Russia, as well as some European countries, developed their military technologies and tried to make any types of weapons more and more perfect. But parallel to this process, the complexity of the equipment in operation and, naturally, its cost increased.

One of the main problems faced by high-tech weapons in the modern arms market is the mismatch between the cost and duration (or conditions) of operation. A typical example is that the Saudis acquire expensive American military equipment and immediately throw it into a local armed conflict in Yemen, where the militia - Husits ​​in pickups and with hand grenade launchers confront the perfectly armed Saudi forces.

For example, the M1A2 Abrams is fairly fairly considered one of the best main battle tanks in the modern world. But the Hussites safely beat him out of the Towsan-1 ATGM of Iranian production. Crews, if they are lucky to survive, throw expensive equipment on the battlefield. But gloating over the negligence of the closest American allies in the Middle East is not worth it, because the Syrian comrades are not so far away from them.

Take, for example, history with the anti-aircraft missile and cannon system "Shell" in the service of air defense of Syria, which reveals the following problem - the lack of proper training of personnel and the necessary infrastructure support. In Syria, the ZRPKs are on guard of the Russian Khmeimim air base and, it must be said, have shown their best side, repelling a large number of attacks by militants. But those ZRPKs that fell into the possession of the air defense forces of the Syrian Arab Republic seemed to be replaced: the Syrians regularly miss Israeli attacks on their territory. Moreover, the Israelis succeeded in destroying at least two Syrian Shells.

In fact, such miscalculations of Syrian air defense are not accidental. After all, it is not enough to install modern anti-aircraft missile systems, it is still necessary to ensure that they work effectively, and in the context of organizing Syrian air defense it is extremely difficult to do this.

Firstly, the Syrian army lacks modern radar systems that must transmit air defense systems. Secondly, the exact same situation is observed with modern automated control systems - their absence contributes to complete chaos during the operation of air defense. Thirdly, the personnel of the Syrian air defense are poorly trained, they are almost not trained to work with modern technology, and have a low level of discipline.

So there is a situation where the presence in the Syrian army's (SAA) armament of modern SAM shells is useless, and even harmful for Russia. After all, every failure of the Syrian air defense forces casts a shadow on Russian-made weapons: articles on the minuses of the Pantsir air defense system and their uselessness in front of the Israeli immediately appear in the world press aviation etc. Caught in inept hands, even the most effective weapon can lose its effectiveness.

Thus, it is not enough to acquire expensive and high-tech weapons, it is also necessary to create the infrastructure to support its activities, as well as to properly train personnel, both professionally and motivationally.

However, those countries where everything, at first glance, is pretty good with both military infrastructure and training personnel, can also pose a lot of problems for arms suppliers. This is the third problem - the uncertainty in our own arms procurement strategy.

A typical example is India. Everyone remembers the story of the contract for the supply of Su-35. At first, New Delhi seemed to agree to purchase a Russian plane, but then they demanded to lower the price, and then they began to look for flaws, eventually abandoning its acquisition. The situation with FGFA cooperation (Su-57) was approximately the same.

The reason here is not only US pressure or economic considerations, but also because Indians still cannot decide whether they will remain in the role of buyers of foreign military equipment, or they will be able to produce modern weapons themselves. Of course, the military elite and industrial circles of India would like the latter, but are there any resources for this - primarily intellectual and technological?

What can be done in this whole situation? Of course, you can’t refuse to export high-tech weapons - this is lively and big money. But thinking about who and what to sell is also necessary, otherwise the reputational costs and subsequent financial losses may even exceed the profit from the sale of weapons. An important component is comprehensive contracts with personnel training and retraining by specialists.

We are in Yandex Zen
On the loss of tanks Abrams
"Abrams" without "dill" and embellishment
196 comments
Information
Dear reader, to leave comments on the publication, you must to register.