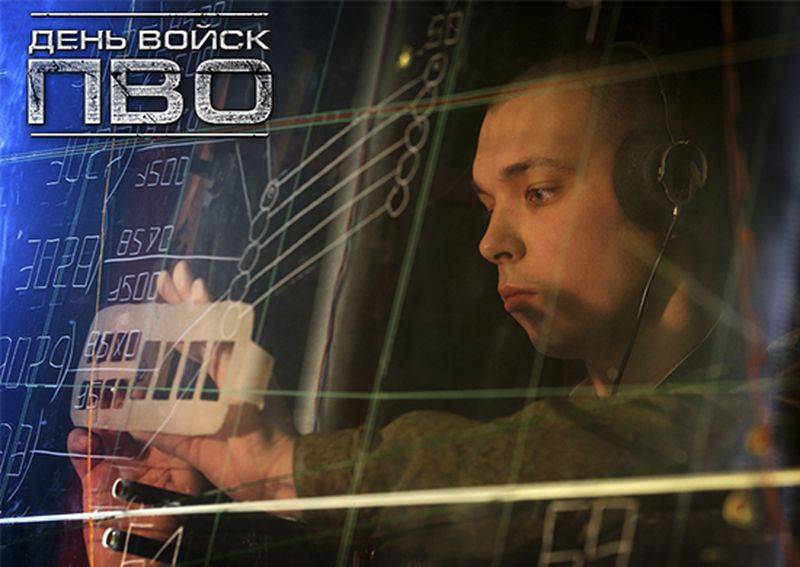 Since 2015, the air defense forces have been officially called the air defense and missile defense troops (air defense missile defense troops), representing a separate branch of the armed forces of the Russian Federation. Memorial Day of the Air Defense Forces was established on the basis of the decree of the President of Russia of May 31, 2006. According to the published decree, the holiday date falls on every second Sunday of April (in 2020 - April 12). In the Soviet Union, a holiday since 1980 was also celebrated every second Sunday of April, but earlier its date was fixed - April 11.

The appearance of air defense forces in Russia

The first air defense units appeared in our country during the First World War, which in many ways changed the army and navy of the warring states. Development and widespread use in hostilities aviation demanded an adequate response from all parties to the conflict. In Russia, the date of the formation of air defense is considered December 8 (November 25 according to the old style) of 1914, on that day the air defense system of Petrograd was formed.

At the same time, work to create means to combat air targets began in the Russian Empire before the war. For example, since 1910, the country worked on the creation of a rocket weapons, which was planned to be used against air targets. Such a project was proposed, in particular, by a military engineer N.V. Gerasimov. Even then, he understood that getting a rocket directly into an airplane was an impossible task. That is why the engineer did not propose to hit the very air target, but the space in which it is located. The very approach and understanding of the problem prove that Gerasimov was thinking in the right direction. 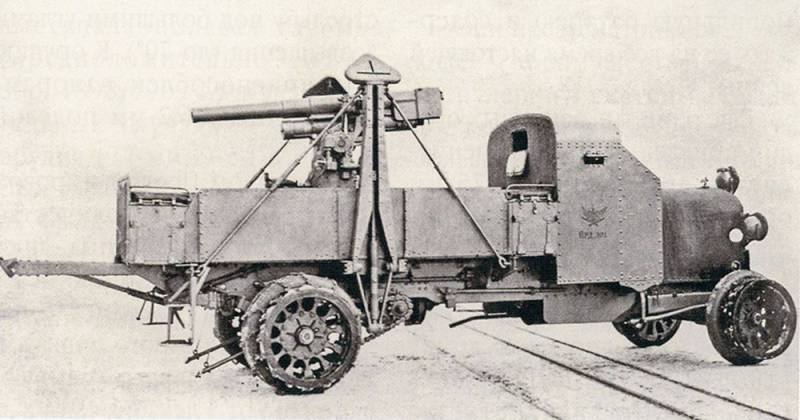 Also, even before the war began, in 1912, the empire managed to develop the first self-propelled anti-aircraft artillery mount on a truck chassis. A distinctive feature of the new combat vehicle was that it was also armored. The inventor, the permanent officer of the Officer Artillery School of the Guard, Staff Captain V.V. Tarnavsky was responsible for the development of the first domestic ZSU. It was Tarnavsky who created the armored installation on a car chassis, in the back of which on the pedestal installation there was a 76,2 mm gun. The production of such ZSU was established at the famous Putilov factory, and the first order for the production of 12 units was issued in June 1914.

The best anti-aircraft weapons of the First World War in the Russian Imperial Army were the 76,2-mm gun of the 1900 model and a gun of the same caliber of the Schneider system (model of 1909). Often, to solve the tasks of air defense, the most ordinary field tools were used, which were mounted on special anti-aircraft rotary frames. At the same time, during the years of the First World War, a variety of air defense systems were developed in the country, including those based on a motorcycle with a sidecar, in which a 7,62 mm Maxim machine gun was installed on a special machine. 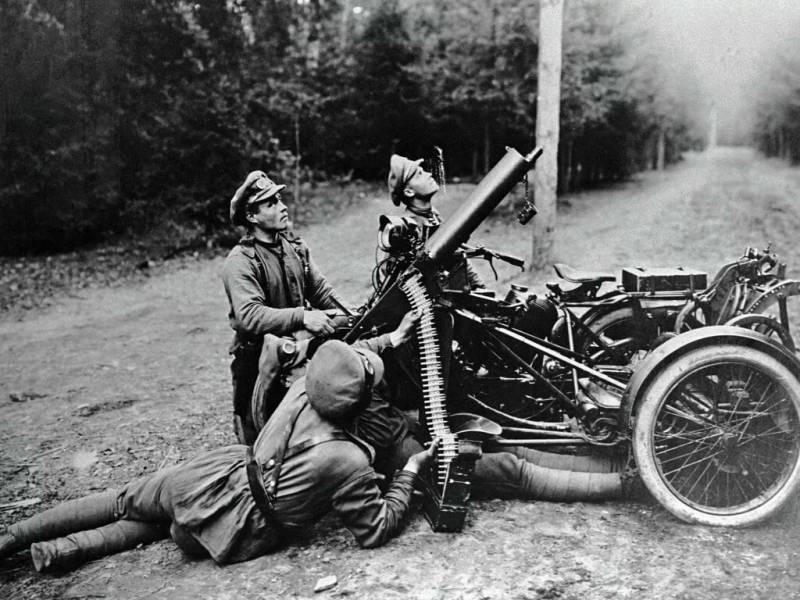 Despite the practical lack of experience in combating air targets, with simple technical means that were not available in the troops, by the end of 1914 the Russian ground forces chalked up 19 enemy aircraft destroyed, as well as two enemy airships. They managed to capture 80 crew members, three more aircraft were chalked up by Russian pilots.

By the beginning of World War II, the air defense forces had passed a serious development path, becoming a formidable force. The Soviet air defense was armed not only with modern anti-aircraft guns, including automatic and numerous machine-gun mounts, but also with modern means such as radar. So the first Soviet serial radar, designated RUS-1, was adopted as early as 1939. A total of 45 such complexes were produced, which were used including in the air defense of Moscow and Leningrad.

Another important difference was the widespread use of anti-aircraft defense aircraft. For example, the 6th fighter air defense corps was in charge of the defense of the capital of the Soviet Union, armed with about 600 fighters of various types. At the same time, the 85-mm anti-aircraft guns were effectively used by the Soviet troops as anti-tank weapons, playing a significant role in the defense of Moscow in the fall of 1941. And Moscow’s air defense fighters were often used to carry out reconnaissance flights and attack ground targets. 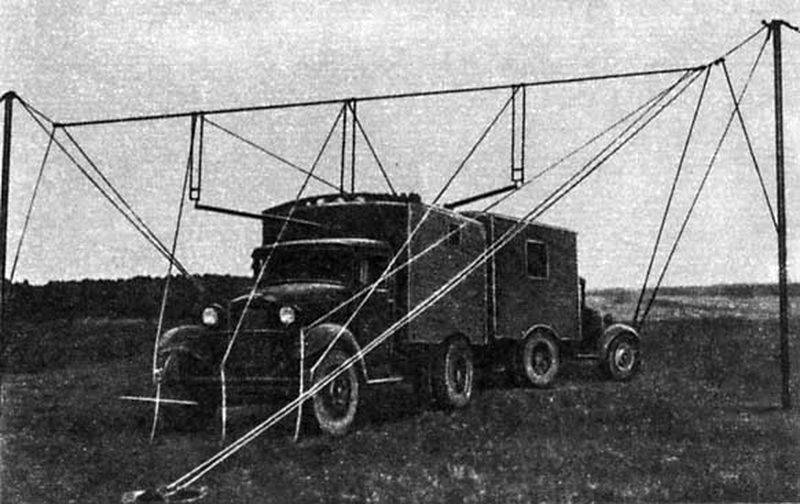 Cars from the RUS-1 complex
One can single out the fact that the war required the mobilization of all possible resources and forces. A large number of women were called to the front, especially in the units that did not fight on the front lines. In the air defense forces, they occupied a significant share, becoming radio operators, telephone operators, reconnaissance observers of anti-aircraft artillery units and air support posts, numbers of searchlight stations, anti-aircraft machine guns and guns, as well as barrage balloons. Only by the decree of the GKO on March 25, 1942, in the air defense part, it was ordered to mobilize 100 thousand young girls aged 19-25 years, of which 45 thousand people were ordered to be included in anti-aircraft machine-gun units, and another 40 thousand in the airspace service.

In total, during the years of World War II, Soviet air defense chalked up 7313 enemy aircraft, of which 3145 were anti-aircraft artillery, machine gun fire and air barrage balloons, and another 4168 aircraft were chalked up by fighter aircraft. In total, during the war years, nearly 270 thousand sorties were completed and 6787 air battles were carried out by fighter air defense aircraft. 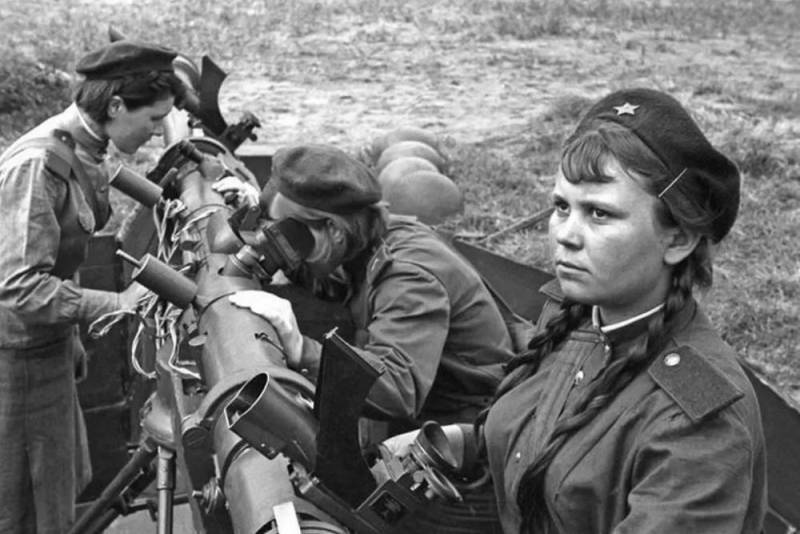 Current status and missions of the air defense missile defense

Currently, formations and military units of the air defense missile defense provide reliable protection of the air borders of our country. One of the main tasks is the air defense of the city of Moscow and the entire central industrial region of Russia. The air defense forces provide reliable control of airspace and protect top-level state and military command and control facilities, as well as key industrial and energy facilities, important transport communications and facilities, as well as Russian Armed Forces from attacks that are carried out from aerospace.

In recent years, the equipment fleet in the air defense forces has been seriously updated. In Russia, 56 S-400 Triumph air defense divisions were deployed, which is considered the best air defense system in the world and is in steady demand in the global arms market. Such complexes are already in service with the armies of China, India, and Turkey. Air defense troops have always been demanding of military personnel and specialists; today, with the development of equipment and technologies, the training of specialists plays an increasingly important role. In Russia, several large higher military educational institutions are currently training personnel for the air defense missile defense forces, including: Marshal Zhukov in Tver, Yaroslavl Higher Military School of Air Defense, Training Center for Anti-aircraft Missile Forces, located in Gatchina, and the Center for the Training of Specialists of Radio Engineering Troops in Vladimir. 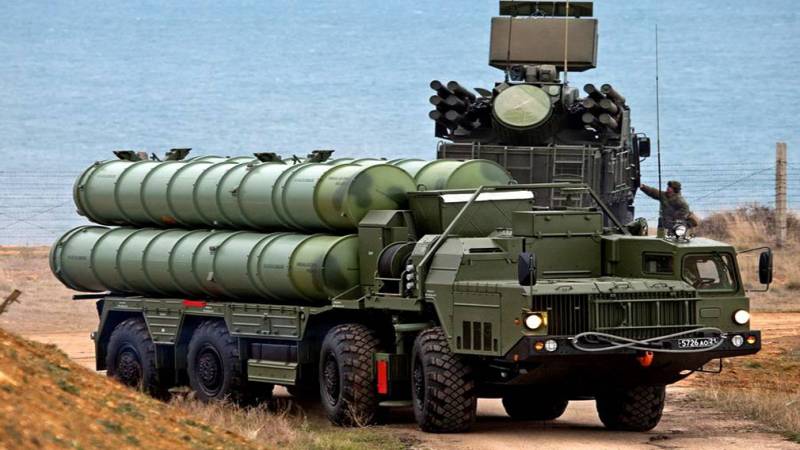 Like other servicemen, on their professional holiday, fighters and commanders of the air defense unit go to the service. Every day, as part of the air defense forces of the air defense forces, approximately 1,5 soldiers, officers and civilian personnel take up combat duty. At the same time, even the quietest combat duty requires a large concentration of attention and responsibility. This is due both to the enormous length of the Russian borders and the size of the controlled airspace, and to intensive air traffic. As noted by the Russian Ministry of Defense, in normal times, the air defense missile defense troops carry out radar surveillance and tracking of approximately 800 air targets every day. Approximately 10 percent of such targets need to be monitored in continuous radar mode.

On this festive day, Military Review congratulates all military personnel and civilian specialists related to the air defense of our country, as well as veterans of the air defense forces on their professional holiday!

Ctrl Enter
Noticed a mistake Highlight text and press. Ctrl + Enter
We are
Sky Shield of Central RussiaGaps and windows in the anti-missile umbrella of the country. Aerospace defense troops at the present stage
31 comment
Information
Dear reader, to leave comments on the publication, you must to register.