The Japanese Ministry of Defense insists on increasing military spending 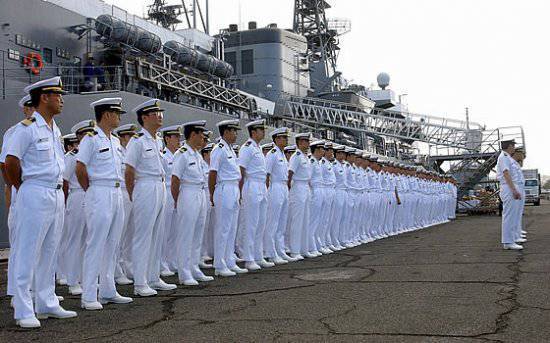 The aggravation of relations between Moscow and Tokyo in connection with recent statements by the Japanese side about the undesirability of visits to the Kuril Islands by Russian President Dmitry Medvedev coincided with the presentation by the Japanese Defense Ministry of the draft defense budget for the 2011 year.

If parliament approves the draft budget, this will be the first increase in defense spending over the past 10 years.

The Ministry of Defense announced its intention to firmly defend the proposed draft budget. According to a review by the DoD of Japan in September 2009, the reduction in military spending over the past 10 years has led to an outflow of small and medium-sized companies from the defense sector. In addition, in the period from 2003 to 2010. 13 companies that manufactured equipment and components for armored vehicles went bankrupt, and 35 companies left the defense sector or ceased operations. 20 subcontractors producing equipment and components for fighters have announced their intention to withdraw from the military aircraft market in the near future.

Japan in the last 10 years has consistently reduced military spending. During this period, the share of defense spending fell from 1,3% of GDP to 1% of GDP. According to the leadership of the Ministry of Defense, a further reduction in military spending will lead to the degradation of the national defense industry and damage the country's defense capability.

According to the information available, the Ministry of Defense of Japan plans to issue requests for proposals for the supply of 40-50 fighter jets under the FX program before the end of the current or early 2011 year. The decisive factor in the selection process will be the industrial cooperation program. Among the contenders for victory are the European consortium “Eurofighter” with the EF-2000 fighter “Typhoon”, “Boeing” with the F-15FX and F / A-18E / F “Super Hornet” aircraft, and “Lockheed Martin” with the fifth fighter generation F-35 "Lightning-2".

According to the Ministry of Defense, the evaluation of potential candidates for delivery in the framework of the FX project, whose value is estimated at 800 billion yen, continues.

Getting advanced aviation technology is badly needed by Japan, which continues its program to develop a project for a national stealth fighter. Work on the F-XX Shinshi fighter is being carried out by the Japanese Defense Ministry's Research and Development Institute (TRDI) and Mitsubishi Heavy Industries. The first flight of the fighter is scheduled for 2013.

In order to maintain the combat capabilities of the Self-Defense Forces Air Force, the MoD of Japan allocated funds for the modernization of the aircraft in service. In 2011 f.d. it is planned to allocate 10 billion yen to improve the 15 of F-50 and more 2 F-30 aircraft from Mitsubishi Heavy Industries (MHI). The plan for the purchase of an additional batch of F-2 fighter aircraft did not receive support.

Among other major programs whose funding is provided for by the draft budget, is the continuation of the development of the P-1 aircraft by the Kawasaki Heavy Industries aircraft of the base patrol aircraft. 55,1 billion yen has been allocated for this purpose. According to the schedule, the X-NUMX of the new P-80 should gradually replace the P-1C Orion fleet starting from 3. The MoD also allocated 2012 billion yen for the purchase of an additional Soryu class submarine.