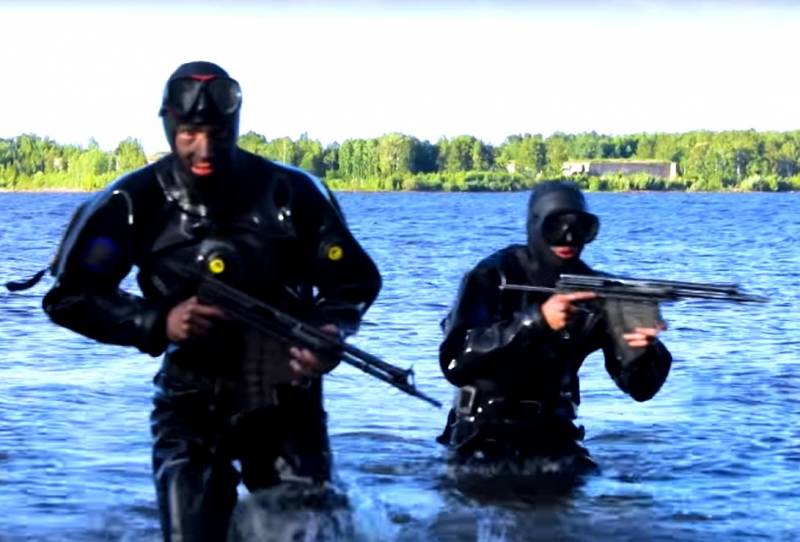 The armed forces of several countries of the world have units of combat swimmers and divers involved in operations under water. Specially designed for such units weapon for underwater shooting.


Usually units of combat swimmers and divers are strictly classified. To get into them is very difficult, the number is small, which explains the low popularity of those weapons that are used in underwater reconnaissance and sabotage (or anti-sabotage) operations. As part of the Russian Navy, these units are called "Submarine sabotage forces and assets." And from what fighting swimmers shoot.

APS-5 - a special underwater assault rifle - is still the most famous small arms used in the Navy's MPSS. It was adopted in the Soviet era, back in 1975, but it was declassified only in 1993 at the international exhibition in Abu Dhabi.

APS-5 is capable of hitting a target at a range of 30 meters with an immersion depth of 5 m. Moreover, the firing range depends on the immersion depth. At a 40-meter depth, it is only 10 meters. The machine itself was designed to deal with underwater saboteurs and scouts of a potential enemy, as well as for self-defense from marine predators like sharks. 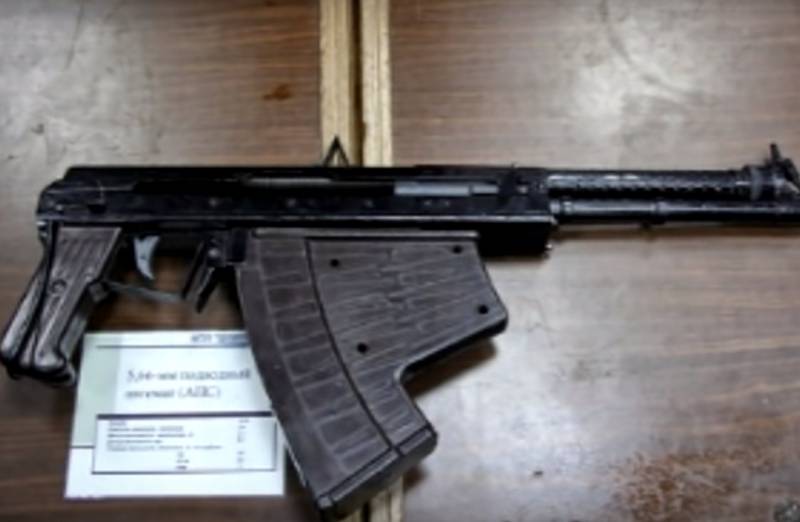 APS-5 can be fired with single shots and bursts. On land, it can also be used, but it is ineffective, since the firing range in air does not exceed 100 meters. This circumstance, by the way, forced the units of combat swimmers to issue 2 automatic weapons to the personnel - APS and AK.

In 2013, in the PDSS of the Russian Navy, an ADS was introduced into service - a special two-machine gun. It is designed for shooting both under water and on land. At the same time, the ADF is equipped with a switch of operation modes of the gas / water air vent mechanism. The ADF has a detachable underbarrel grenade launcher.

A bullet weighing 16 g, designed for shooting under water, can penetrate a bulletproof vest and even the bottom of a small vessel. The firing range under water, like the APS, depends on the depth of immersion: at a five-meter depth, the machine shoots at 25 meters, at a twenty-meter depth - at 18 meters. 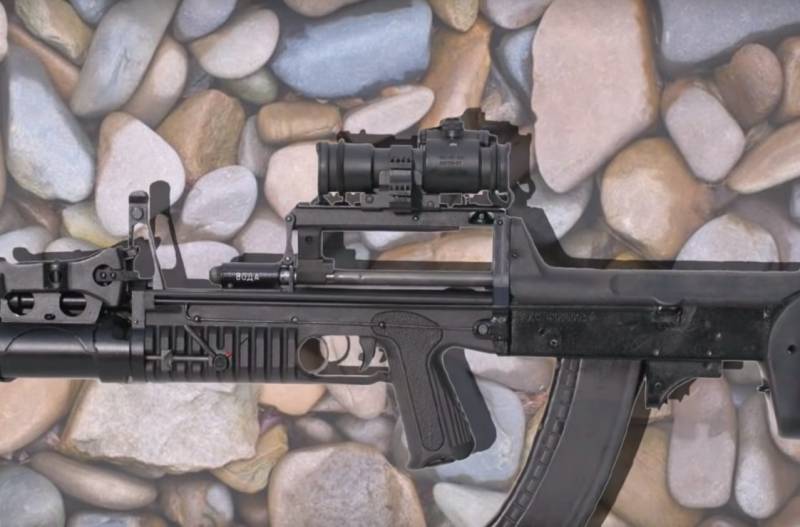 Surfacing, an underwater saboteur may not pour water from the trunk - it will fly out during the first shot. Interestingly, the characteristics of the ADF in terms of use on land, in the air, are not worse than conventional small arms of 5,45 caliber. The grenade launcher makes the machine even more attractive for submarine units. 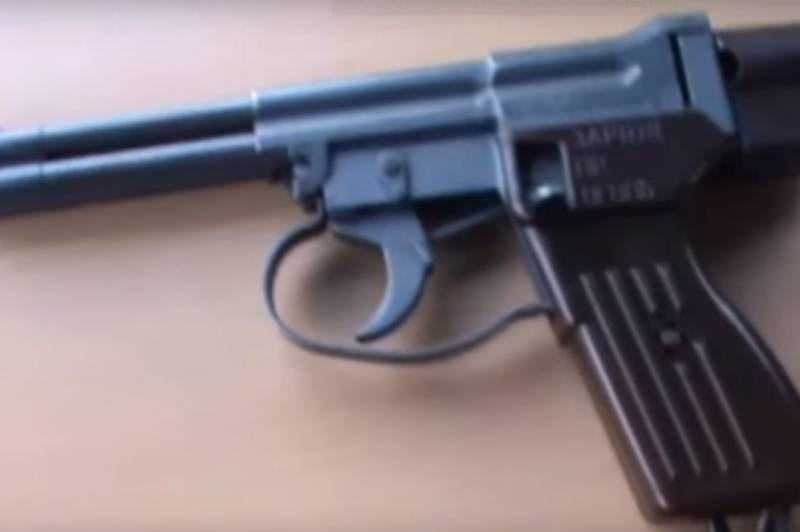 A special underwater pistol was developed at the height of the Cold War - in the 1960s, and in 1971 its mass production began for the needs of the USSR Navy PDSS. He shoots with long needle-shaped bullets of 4,5 mm caliber, while the slaughter range of the gun in air is 20 m, and in water it also depends on the depth of immersion: at a depth of 5 meters, the gun shoots up to 17 meters, when immersed at 40 meters - up to 6 meters.

SPP-1 has a block of 4 smooth trunks. They recharge at the same time, the entire operation takes only 5 seconds, which greatly simplifies the performance of tasks under water. Separate cartridges would significantly increase the equipment time of the pistol.

A German-made pistol was also developed back in the mid-1970s. He entered the arsenal of submarine sabotage units of the naval forces of NATO countries - Germany, the USA, Great Britain, Italy, Norway, France. 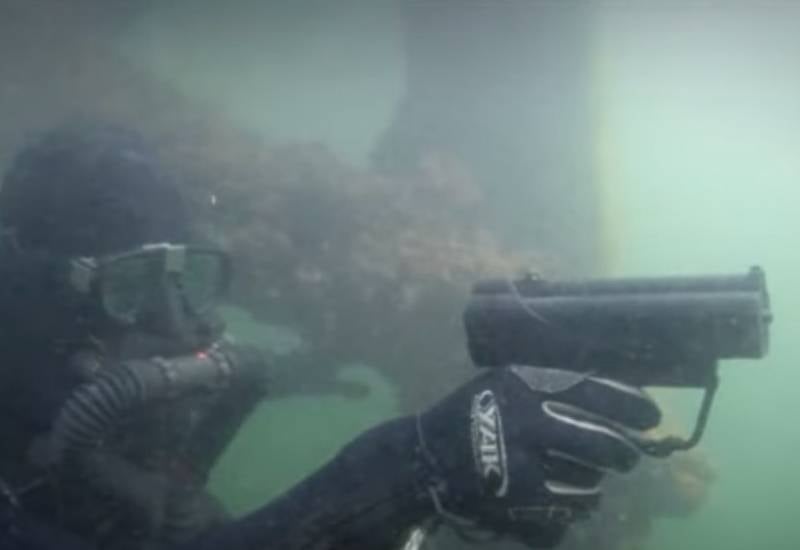 Distinctive characteristics of the weapon - a block of 5 barrels, in each of which - a needle-shaped bullet of 7,62 mm caliber. When all bullets are used up, the barrel unit is thrown away. The firing range when diving 30 meters is 15 meters, and on land you can hit the target at a 30-meter distance.

The Star Z-84 submachine gun is manufactured in Spain by Star and is able to successfully operate both under water and in the air, which makes it similar to the Russian automatic submachine gun. On land, the Z-84 is comparable in performance to most conventional submachine guns used in NATO armies. Under water, its characteristics are inferior to Russian weapons: the effective range of a submachine gun even at shallow depths is not more than 5 meters. 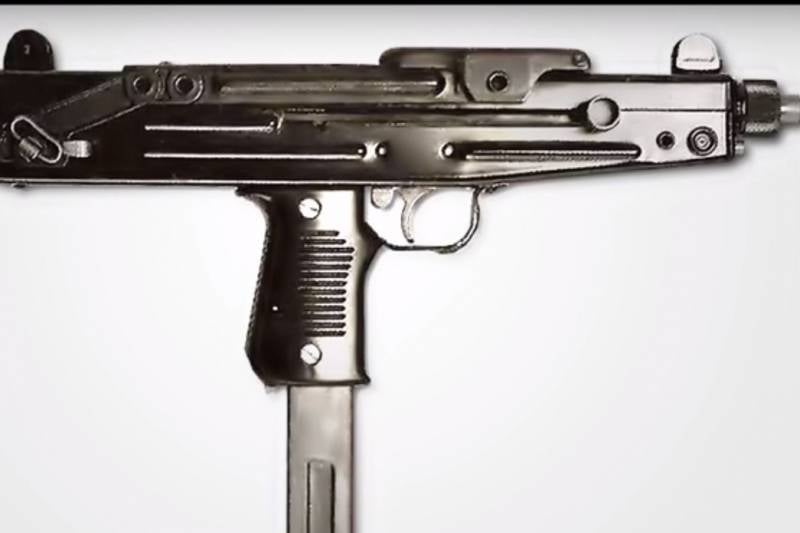 However, with a small firing range, the Z-84 has one very significant advantage: it is equipped with standard 9mm Parabellum cartridges, which eliminates the problems associated with the use of non-standard bullets in underwater weapons. The submachine gun is in service with the units of the Spanish Navy, other Spanish power structures, and is also supplied to other countries.

Thus, Russia (and formerly the USSR) is one of the world leaders in the field of high-quality underwater weapons. Indeed, in most foreign fleets, units of combat swimmers and divers are equipped with conventional assault rifles, pistols, submachine guns, and special weapons were developed for our Navy Navy.

We are in Yandex Zen
Firearms of combat swimmers
An-12 in Afghanistan
39 comments
Information
Dear reader, to leave comments on the publication, you must to register.