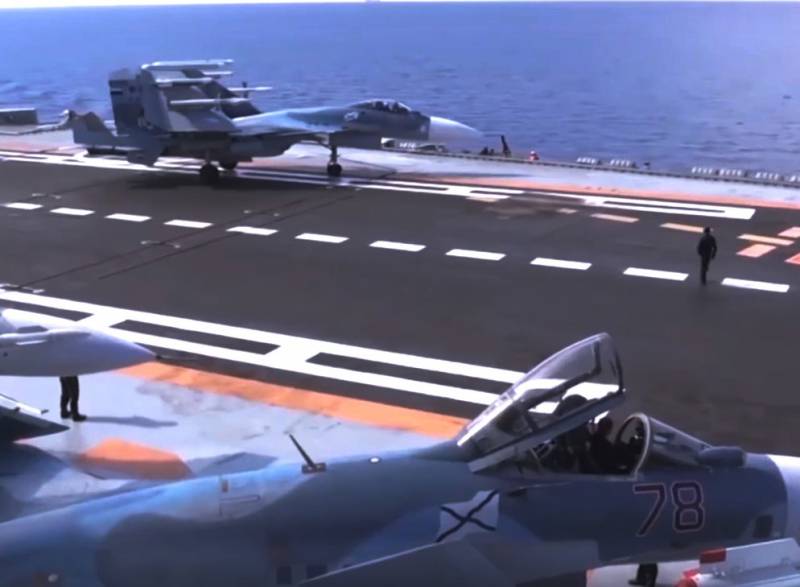 Around the same time, both flight decks came into fashion in both the UK and Japan. Now light fighter aircraft could start from the auxiliary take-off deck. On the Japanese ships "Akagi" and "Kaga" even two auxiliary take-off decks appeared. But the "weighting" of marine aircraft aviation did its job: they needed an increasing run-up before launch, as a result of which the concept of double flight decks had to be abandoned. But the need to ensure the simultaneous take-off and landing of aircraft remained.

When was nuclear weaponnaturally the idea of ​​creating a ship arose from which aircraft with atomic bombs could take off. American designers proposed the concept of an axial deck with a lifting superstructure-island, and the British Royal Navy offered a landing system such as a flexible landing pad. In 1951, an English officer Dennis Campbell first expressed the idea of ​​creating a corner deck of an aircraft carrier.

Prior to Campbell's proposal, aircraft carriers, such as Essex ships, had a straight deck construction. As a result, aircraft could either take off from an aircraft carrier, or land on it. Campbell's proposal fundamentally changed this scheme. Another angular line was added to the center line, which allowed not only to take off and land simultaneously, but also to land several times without the risk of crashing into other planes.

The idea of ​​Campbell became interested in the US Navy. As a result, at the Lee airfield near Portsmouth, the concept of the angular deck was tested in the conditions of the range, then a drawing of the experimental ship was performed, in the role of the aircraft carrier Triumph. Finally, from September to December 1952, at the naval shipyard in New York, Antiеtam (CVS-36) was recently upgraded to the corner deck, recently returning from use on the Korean Peninsula in military operations. 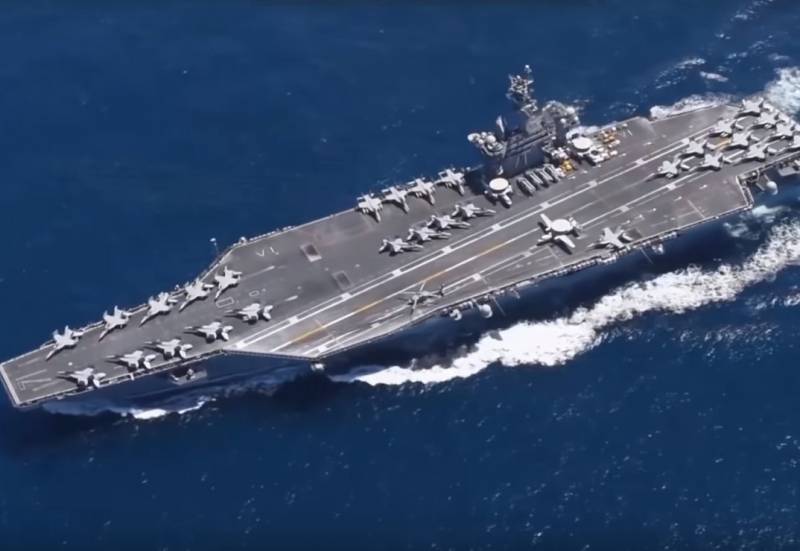 The tests were very successful and the US military no longer doubted the effectiveness of the corner deck. Following the US Navy, the angular deck, finding it a significant plus, was accepted by the Royal Navy aircraft carriers of the United Kingdom, and then the fleets of other states. The same aircraft carriers that could not be equipped with a corner deck were converted into helicopter carriers.

But the idea of ​​returning to the axial deck is again being put forward. For example, an aircraft carrier can have 2 direct landing decks of the upper level with a catapult placed between them. On the lower deck there are 2 additional catapults that provide taxiing of the aircraft from the upper level hangar. From the lower hangar planes are lifted using 4 special lifts. Experts attribute the presence of 2 hangars, 2 direct landing strips, as well as axial placement of the superstructure to the undoubted advantages of the project, which allows to reduce the turbulence of air flows at the rate of landing. 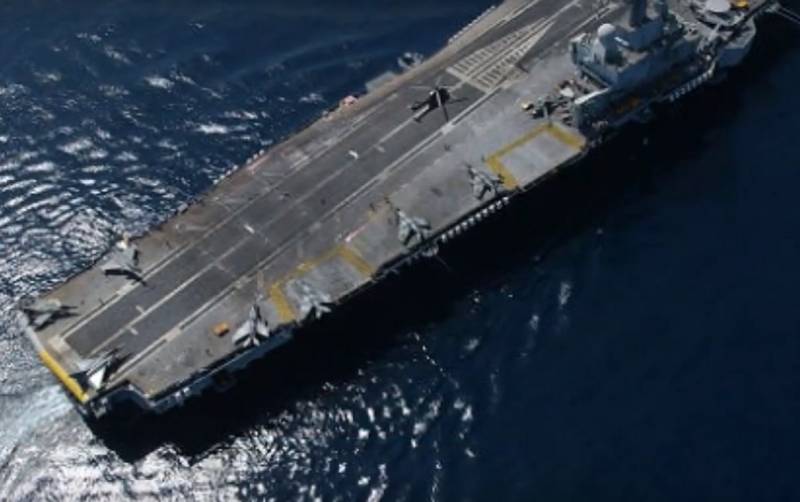 French Navy Aircraft Carrier Charles de Gaulle
Flight decks with diving boards are used for aircraft with vertical and short take-off. Runway and landing strip combined. This type of deck is typical for the carriers of the Royal Navy of Great Britain, the Italian Navy, Spain, India, Thailand and the Russian Navy.

But the start of the aircraft from the springboard has certain disadvantages: since to raise the air for a combat mission, the aircraft must put the engines into afterburner mode, their resource is generated and fuel consumption is increased. As a result, this circumstance reduces the flight time, respectively, and the time to complete the tasks is also reduced.

Ctrl Enter
Noticed a mistake Highlight text and press. Ctrl + Enter
We are
Deck aircraft in World War II: from Taranto to Midway. Part IAn-12 in Afghanistan
66 comments
Information
Dear reader, to leave comments on the publication, you must to register.