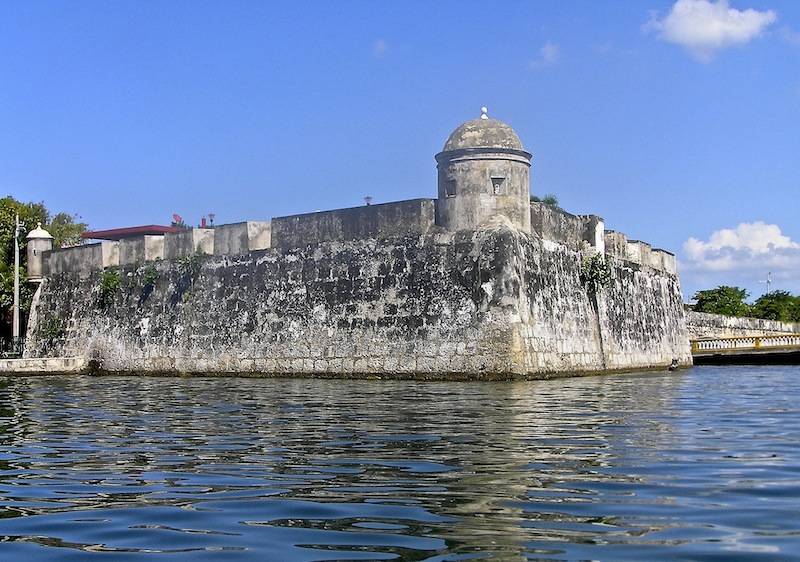 Coastal defense. This, if you look at the glossary of terms, is a combination of forces and means fleet with fortifications and a system of anti-airborne and anti-aircraft installations designed to protect naval bases, ports and important coastal areas.


Bulky. Let’s also take a look at the airborne defense?

Coastal airborne defense (PDO) - a set of measures aimed at defending a coastal strip (coast) by coastal troops (coastal missile and artillery troops) or land forces in cooperation with the navy and aviation (Air Force) in order to prevent the landing of enemy naval and airborne assault forces.

The airborne defense as such, in my opinion, was formed during the Second World War. A classic example is the events on the coast of France, with the help of which the Germans wanted to prevent the Allied landings. 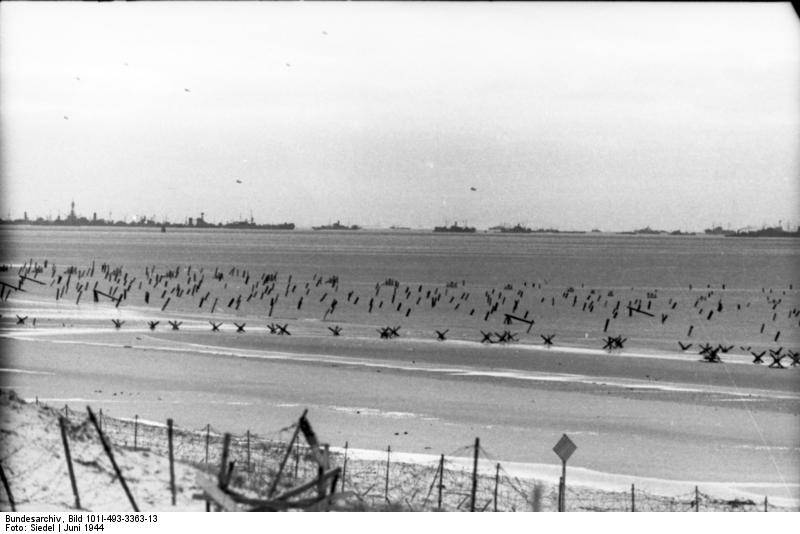 It looked ominous, but did not help much during Operation Overlord, as we all remember. 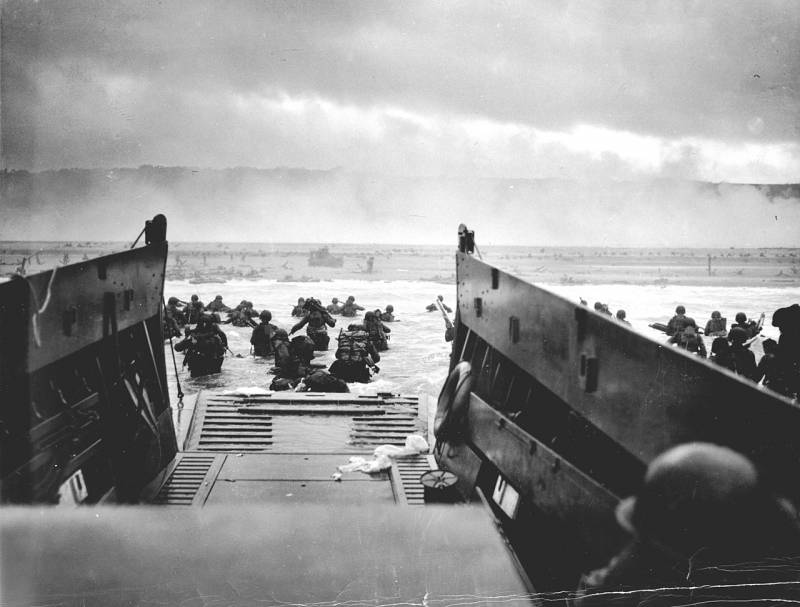 Coastal defense is a very ancient thing. As well as the BO troops are very old. In general, as soon as humanity fell off the coast and began to swim along it, almost immediately this coast had to be protected and defended. Because everyone turned out to be smart, and rafting to a neighbor to get something fired became good form and easy money at the same time.

Well, in Troy or in Syracuse, rafting to fight is generally a classic. 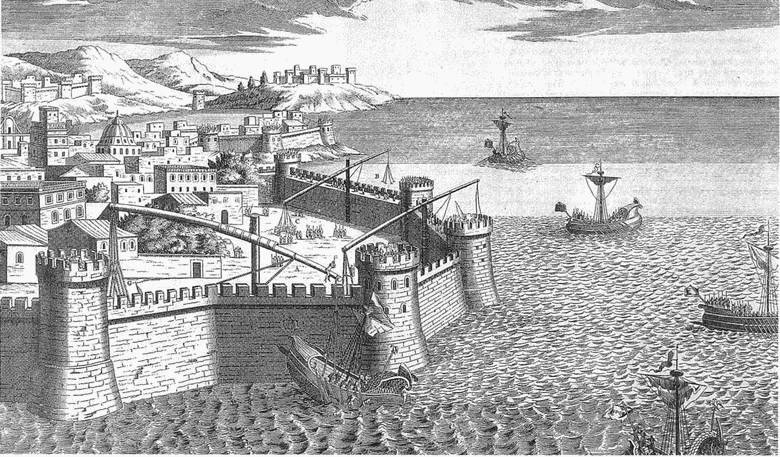 So, most likely, coastal defense troops appeared long before all kinds of artillery and other newfangled stuff.

But their role has not changed very much since the times of Ancient Greece and Ancient Rome: to prevent the enemy fleet from approaching their shores, preventing the landing of enemy troops with the subsequent robbery or seizure of territories and the fire action of enemy ships on their ground targets.

Only the ancients attracted ballistics, catapults and scorpions to the "fire effect", and today, of course, toys are more interesting. 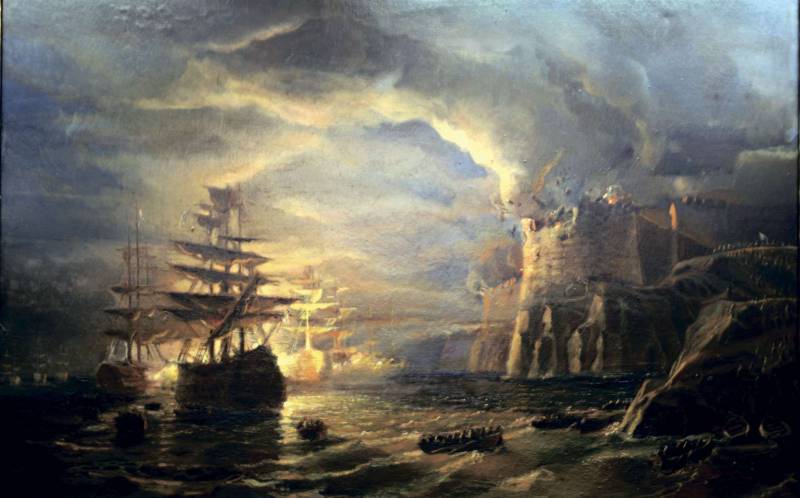 Until the middle of the last century, the concepts of “coastal defense” and “coastal artillery” were synonymous. There was simply nothing else out of armament; accordingly, they defended their shores with all cannons put into batteries.

Batteries were installed in forts covering ports on coastal areas where it was possible to land. Naturally, the batteries were stationary, since the guns on them were used ship. And the farther to the middle of the 20th century, the worse the coastal batteries began to look, on which gun turrets came from heavy cruisers and even battleships. 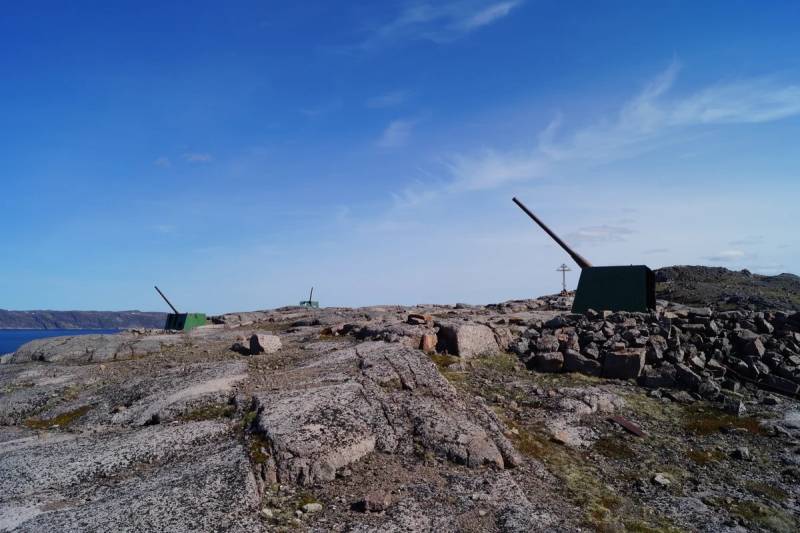 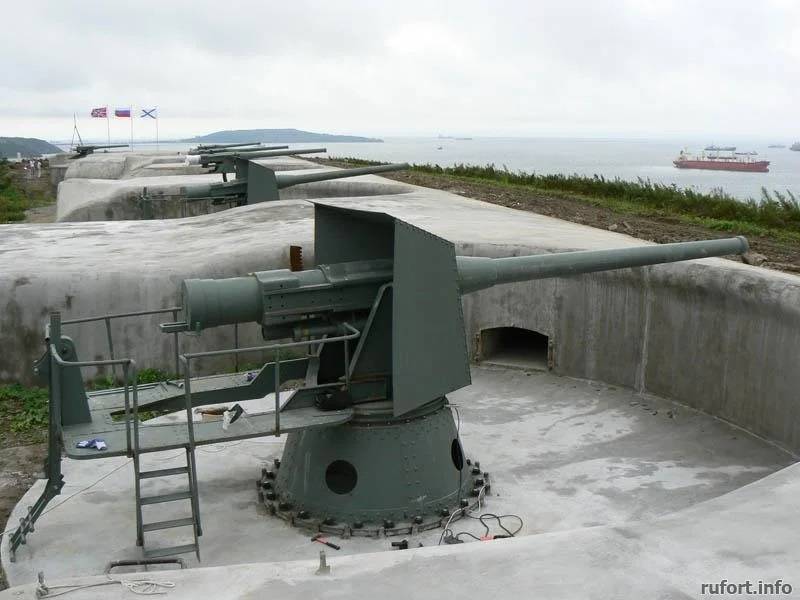 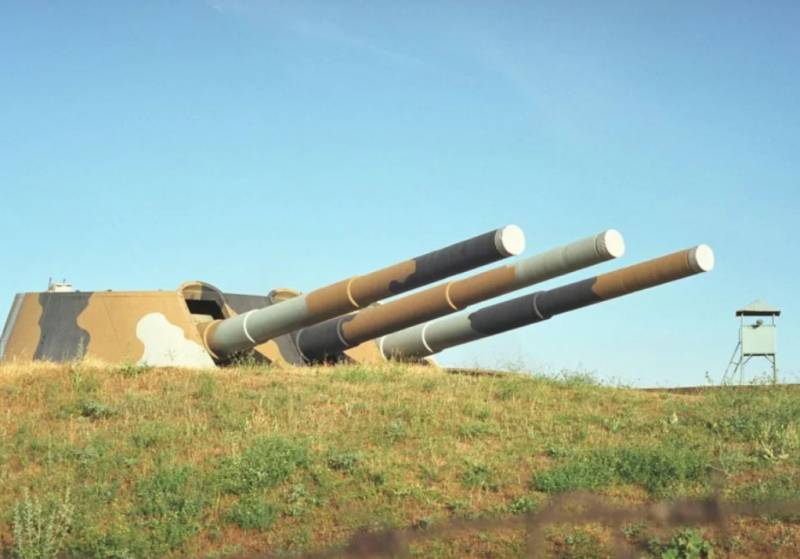 The latter turned out to be quite good and effective. weapons against ground forces that would like to approach defended objects.

As examples, one can easily cite the batteries of Sevastopol and Leningrad, which quite successfully and efficiently fired at the advancing troops of the European team led by the Germans. Among the allies, one can recall Fort Drum as part of the Philippine archipelago. 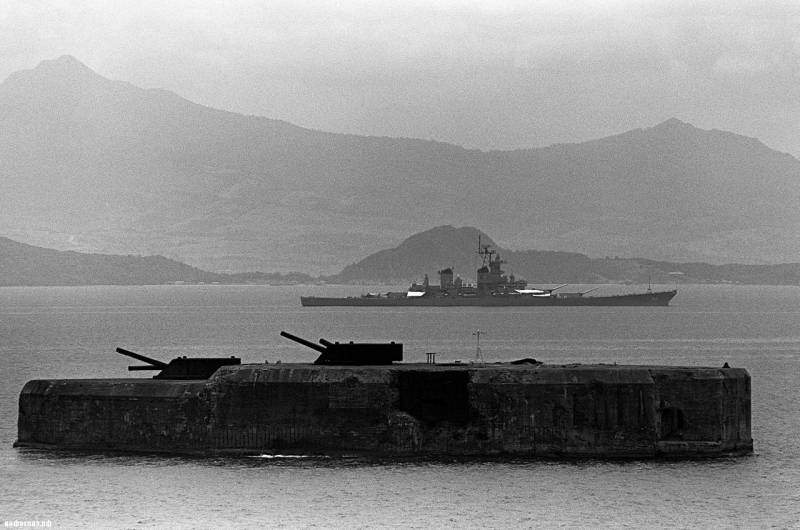 In general, artillery fought on coastal defense for several centuries from Dover to Cartagena. And she fought well. 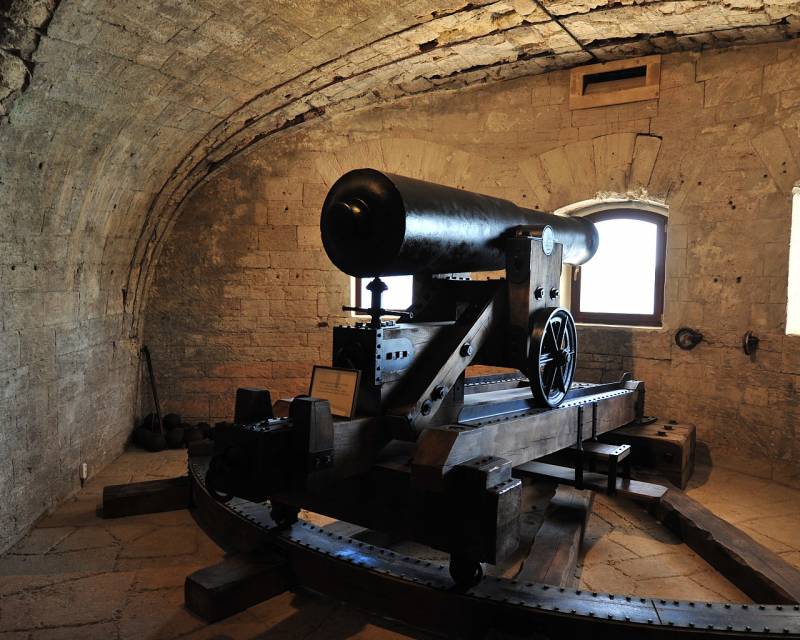 There was even such a class of ships as coastal defense battleships. 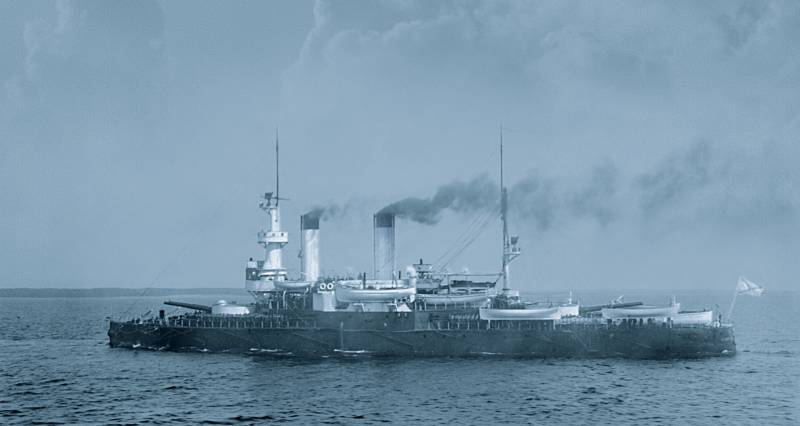 After World War II, coastal artillery batteries began to be replaced with anti-ship (RCC) missile divisions. As a rule, all countries that started such a replacement, let the same anti-ship missiles that were on their ships to defend their shores.

RCCs were no less, and in some cases, more effective weapons. And - not least - cheap. That is, the coastal installation of anti-ship missiles was definitely cheaper than a ship armed with such missiles. But the radius of action was more modest, since anti-ship missiles were installed on the shore.

But the coastal installation of anti-ship missiles could be masked and covered with air defense systems. Or make it maneuverable by installing on mechanical traction. But if it arrived, then it arrived.

And then, all the same, the coastal installation of anti-ship missiles (and any coastal defense system of the past) is still passive, and the initiative in the battle has always belonged and will belong to the attacking fleet of the enemy.

By the way, this is precisely why some countries generally abandoned coastal defense or left the main role in the defense of the fleet, and the BO assigned the role of support.

But it is one thing if the country's coastline and budget are similar to Estonian or Lithuanian, and another thing if it is Russia or the USA. Which have a coastline from one ocean to another.

The United States will be left alone for now, their coastal defense has generally gone its own way of development, and we will take the USSR.

When the leadership of the already-dead country realized that the country would not be able to compete on equal terms in a possible conflict with the NATO fleet, then, given the experience of the Great Patriotic War, when the coastal defense showed itself well, they decided to strengthen the fleet precisely with the help of the BO.

And the coastal defense, which was part of the Navy of the USSR, began to develop at a very rapid pace, the benefit of such costs as the construction of missile cruisers was not required.

And one of the first in the world (perhaps the very first one), the coastal defense of the USSR Navy began to switch to rocket weapons.

This did not mean at all that the artillery was scrapped, no. Onshore batteries lasted until the 70s of the last century. But in the 50s, missile systems began to be registered on the Soviet shores.

I am sure that among readers there will be those who aspirally recall how they served on this “miracle weapon”.

The first-born of the Soviet coastal defense was the Sopka missile launcher with the Comet anti-ship missile system, adopted for service in 1958. 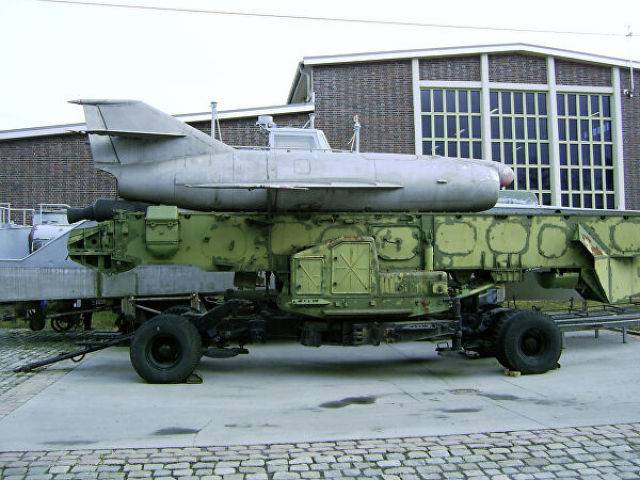 In 1966, the more advanced Redut missile launcher with the P-35 supersonic anti-ship missile launcher stood on the coastal defense. The same missiles were carried by the Project 1134 missile cruisers, the Berkut code, which now has become history. 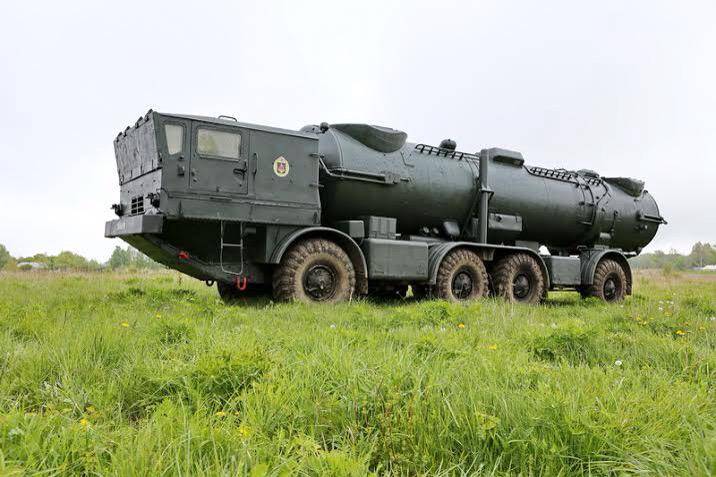 In 1978, the coastal PKRK Rubezh with the P-15 anti-ship missiles entered service. These missiles were armed with missile boats of projects 183 and 205. Products were tested in battle, with these missiles the Egyptian and Indian (especially) fleets successfully fought against the Israeli and Pakistani fleets. 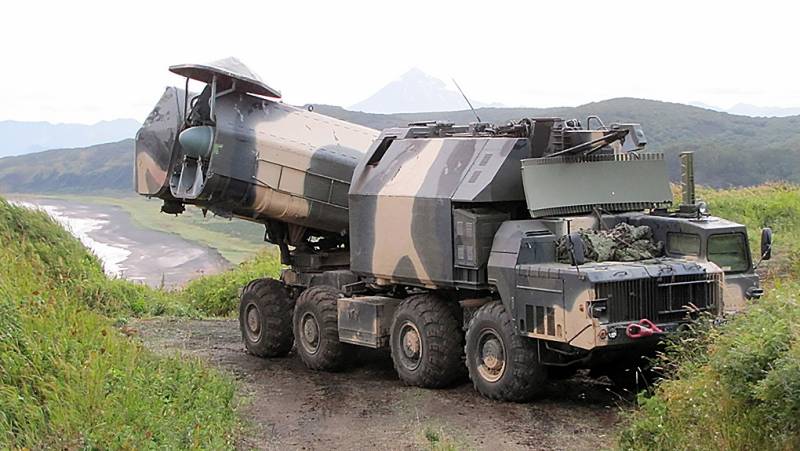 As you can see, every 10 years, the BKPRK was replaced by a more modern one. But alas, when at the next change of course in the USSR they still began to create an ocean fleet and overcame this, naturally, coastal missile systems were also affected.

As a result, we came to the collapse of the USSR without ships, and without the BKPRK. And the situation worsened every year.

The breakthrough came only in 2008, when 30 years later the coastal defense of Russia received the new Ball complex with the X-35 anti-ship missile. 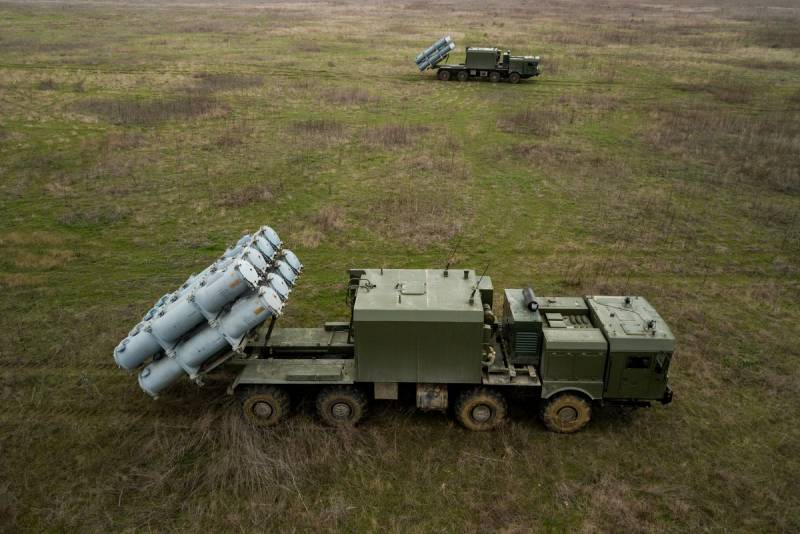 And two years later, in 2010, the Bastion, the most modern complex with the most advanced, in my opinion, Onyx anti-ship missile system, was adopted. 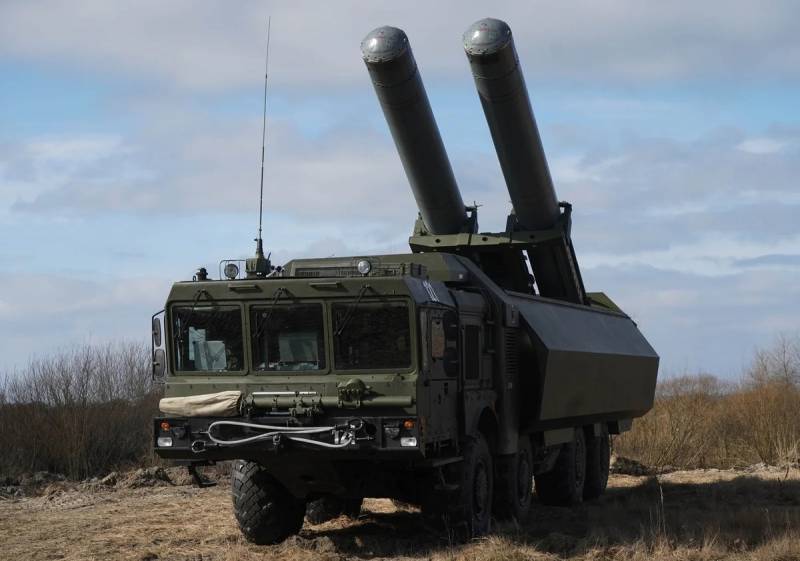 True, the brigades are not enough.

Moreover, the 72nd Pacific Fleet brigade scattered. Vladivostok itself covers one Bastion division, the second Bastion division is sent to Iturup island of the Kuril ridge, and the Balov division to Kunashir island.

In addition to these brigades, there is also a separate battery of the Bastion PKRK (2 launchers) on the Novosibirsk Islands. If you look at the map, it will become completely clear that the complexes there are not in vain. 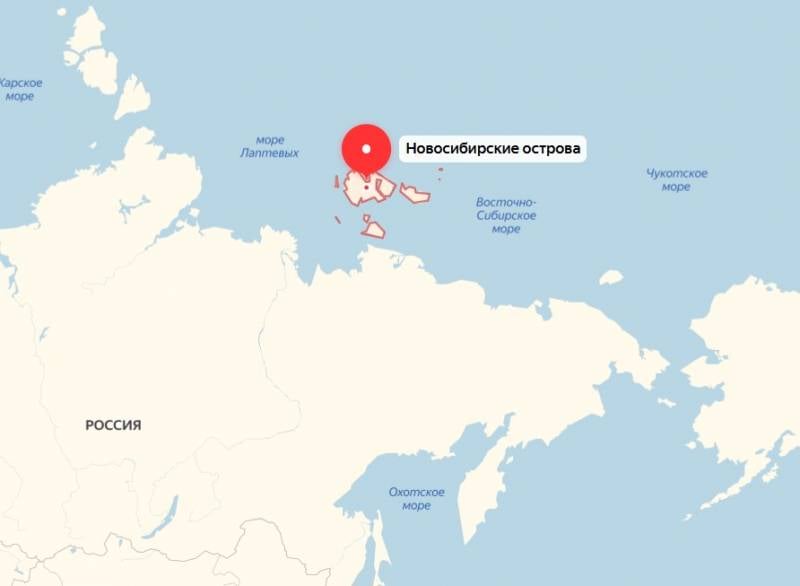 There is also the 51st coastal missile division of PKRK “Bal” as part of the Caspian flotilla.

In general, sparse, to be honest. Given the length of our coastline ... But it’s better than nothing, better than the old cruisers who are not out of repair, and aircraft carriers that are handsome only on paper.

And meanwhile, the Black Sea Fleet still has the 11th brigade, which is armed with two divisions with Reduts and (!) The 459th separate coastal artillery division. In service with the 459th roundabouts are 130-mm guns A-222 "Coast". 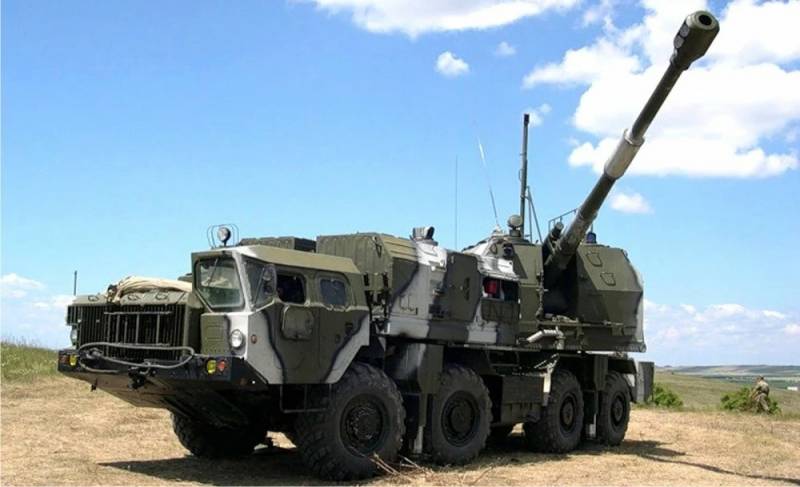 This is the last artillery unit in our coastal defense. 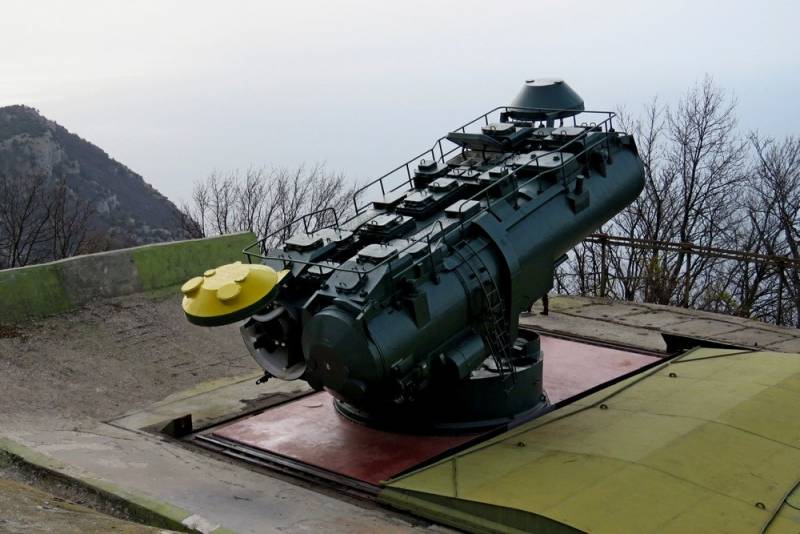 For comparison: the coastal defense of the PLA of China has 10 brigades.

But in NATO, only three countries have coastal defense forces.

Spain is a unique country, it is armed with coastal defense forces, which, incidentally, are part of the ground forces, only coastal artillery from 155-mm guns SBT155 / 52APUSBTV07). There are no rockets at all.

The Swedes themselves have 6 launchers RBS-15KA, as well as 90 launchers RBS-17, this is actually an anti-ship version of the American Hellfire anti-tank systems, which are dangerous only for small-sized targets like MRK.

If you look at the European theater of operations (we don’t take the Asia-Pacific region, we are not there in fact), then in comparison with the NATO countries we are all right.

However, who will attack Spain, and Sweden in principle, too?

As for our two puddles, the Black Sea and the Baltic, everything is in order there. I mean, if you have to fend off anyone, that is what. I’m silent about the Caspian at all. 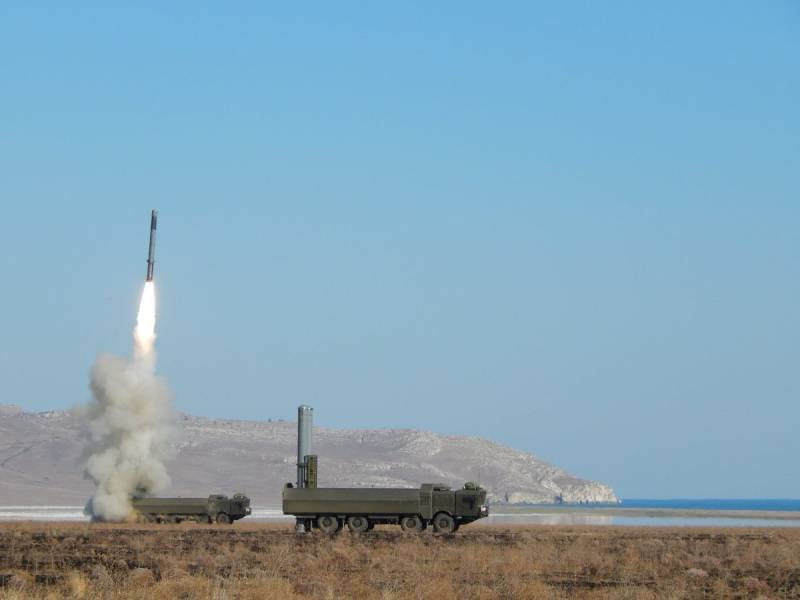 But about the cover of the Northern Fleet and the Pacific, I would not be so optimistic. The spaces are huge, and the Pacific Fleet also has neighbors such that a couple more - and no enemies at all. And the islands seem to be controversial for Japan, and the coastline is so ... rather big.

In general, there is no end in work in terms of (in good terms) the formation of at least four SCRC brigades, two per fleet.

And here he is, the question.

Dear readers, who is in the wheelhouse. We bring to your court such a thoughtfulness: is it worth it?

Is it worth it to build all these indistinct and incomprehensible mosquito RTOs, underdevelopes and so on? And different projects, with different propulsion systems, and even with eternal problems with the engines? We cannot build it ourselves, we are buying from China, since at least it is still selling.

Isn't it better to stop the process of frankly stupid (but profitable) budget development when building very strange corvettes with Caliber cruise missiles, but with absolutely no anti-submarine weapons and very weak anti-aircraft?

The INF Treaty is no longer there, and all these “mosquitoes” were designed to bypass this Treaty, so is it worth it to make a fuss of everything?

Indeed, in theory, it is possible to solve just a bunch of problems: not to build ships that we are not able to build, not to "import substitute" unsubstituted diesels, but just to take and make SCRC, placing them in key areas? 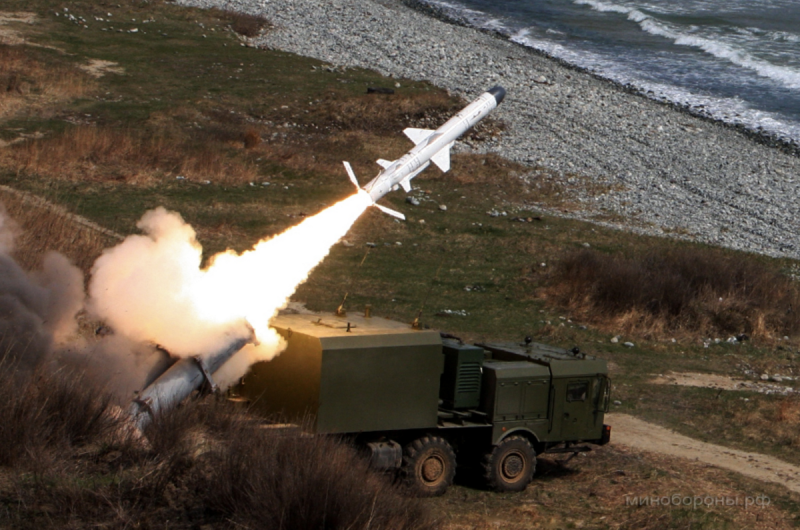 Plus, of course, mobile PUs based on wheeled platforms.

We are in Yandex Zen
We are building a fleet. Theory and Purpose
Coastal Warships: Modern Approach
36 comments
Information
Dear reader, to leave comments on the publication, you must to register.