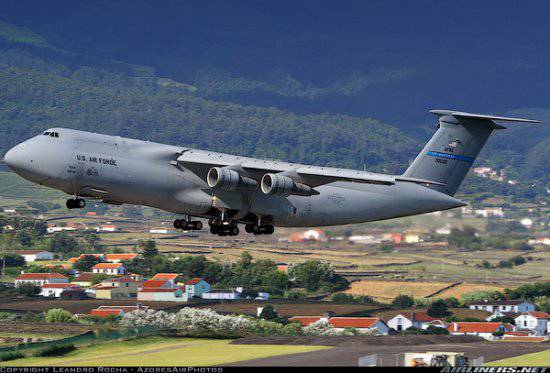 The United States Air Force may order the Lockheed Martin to upgrade the American Ruslan, the C-5A Galaxy military transport aircraft. This previously voiced idea has again become relevant in the context of the start of serial works on the remotorization program of a more modern modification - C-5B. The result of all these plans and programs may be the emergence on the market of oversized cargo a couple dozen An-124 analogues from the United States.

On such plans in connection with the rollout of the first serial upgraded C-5M Super Galaxy reports Aviation Week. “It's a good idea, although we are in a very tight financial situation,” commented the head of the Aerospace Systems Command, General Tom Owen (Lt. Gen. Tom.).

"If the defense ministry has money, they will consider this possibility in the coming years," the general said at the ceremony of handing over the first serial C-5M air force to the Air Force, upgraded through the RERP program. The program includes more 70 changes, including the installation of more economical and powerful engines.

Lockheed Martin proposes to upgrade the entire fleet of Galaxy in this program. According to the company, modifications to A and B can be improved equally.

Thus, the Air Force will be able to benefit from a unified fleet of aircraft of the same type, whose life time the manufacturer promises to extend at least until 2040.

The company itself expects that if its proposal is accepted and the Air Force finds money for modernization, it will allow it to keep the conveyor’s load and avoid price revisions on the part of the suppliers.

The last option primarily concerns General Electric, whose CF6-80C engines are installed on upgraded transporters, increasing thrust by 22%, payload by 27%, and flight range by 20%. 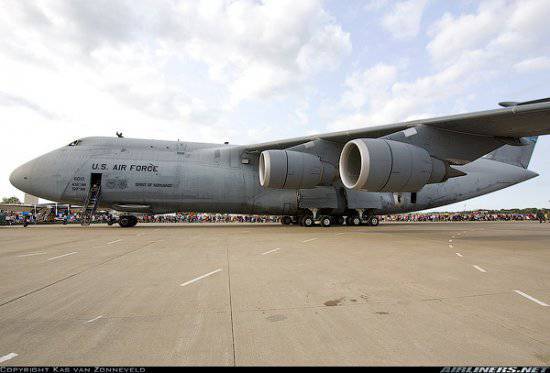 According to the already concluded contract worth 6 billion dollars, the Air Force must modernize the 52 of the aircraft, including the 2 C-5C (a special cargo modification that exists in two copies) and one C-5A. If the Air Force decides to upgrade not only the C-5B fleet, then the C-5A, the number of which is 59 machines, will also be included in the program.

The most interesting thing is that from this number 22 of the aircraft is planned to be removed from the Air Force as superfluous as early as in 2011-2012. They can be transferred to the reserve or to foreign partners for use in coalition operations. More accurate information is expected to appear in the next six months or a year.

According to some reports, Lockheed is already in informal negotiations with American and foreign carriers regarding the prospects for using the C-5A retired.

If anyone is willing, Lockheed offers two options for upgrading the aircraft: replacing avionics (including glass cockpit equipment) with a cost of 4,5 million dollars or complete modernization, including, in addition to avionics, replacing wings with a reinforced version and redesigning, with 82 million dollars. .

The Lockheed plant in Maryatta is expected to be able to upgrade the 11 C-5B per year for the Air Force and another two aircraft for a third-party operator, if one exists.

All of these rather rapid evolutions are taking place against the background of Russia's plans to modernize its An-124 Ruslan, or even to restore their production. It is known that the United States has not yet allowed the use of Galaxy for commercial shipments, therefore the offers of Volga-Dnepr, Polet, Antonov Airlines, Libyan Air Cargo, Maximus Air Cargo companies were unrivaled in the oversized market. cargo transportation.

In the event that the United States throws the 22 Galaxy into this market in the coming years, we can expect a tough competition on it. Modernization and production of An-124 in Russia in this case will have an economic meaning only with a grandiose state order.

And this is a subject for consideration in the context of Russia's global geopolitical ambitions, priorities of its foreign and defense policy. Simply put, it will have to decide why she needs such a “long arm” and how much it will cost.