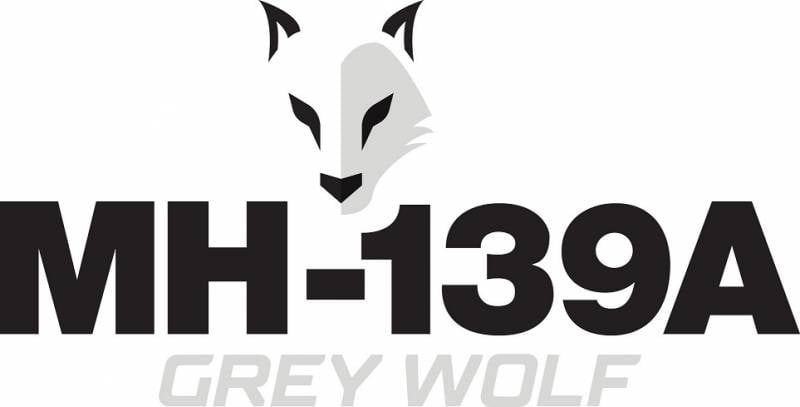 On December 19, the US Air Force Global Strike Command (AFGSC), as part of the ceremony, received the first production helicopter of the MH-139A type. This machine must pass military tests, after which full-scale deliveries of serial equipment will begin. New helicopters will be used to ensure the security of strategic nuclear forces.

AFGSC is responsible for the operation of strategic silo-based missile systems. Various means are used to protect such objects, including patrol helicopters. Currently, the main specimen of this kind is the Bell UH-1N Huey, however, it has long been outdated and needs a modern replacement.

At the end of 2016, AFGSC launched a competition for the selection of a new sample aviation technicians. One of the participants in the program was Boeing, which proposed the project MH-139 - a modified version of the European-designed Leonardo (AgustaWestland) AW139 helicopter. 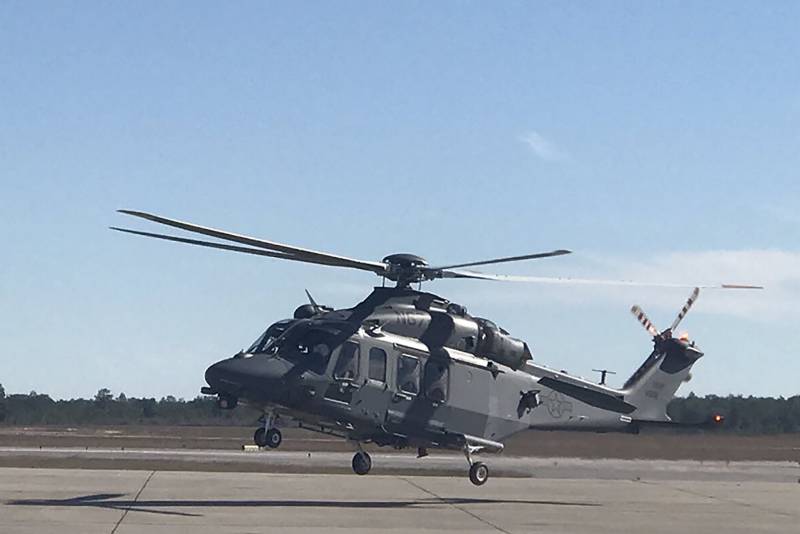 The first production helicopter MH-139A at the Duke Field base, December 19, 2019.
In September 2018, the Boeing company with its project won the competition and received a contract for the supply of equipment. The main competitive advantage of the MH-139 was the lower cost of construction and operation. Under the terms of the contract, the supply of 84 helicopters, maintenance and training of personnel will cost taxpayers $ 2,4 billion. Competing projects required funding of 3,5–4 billion.

On December 19, a ceremony was held at the Duke Field Air Force Base (Florida) to hand over the first helicopter built under last year’s contract. AFGSC received this vehicle and transferred it to the 413rd Test Squadron.

The new technology is given the official designation MH-139A and the name Gray Wolf ("Gray Wolf"). It is curious that the helicopter for the Air Force retained its original factory designation and is knocked out of the previously used “through” army numbering. The name "Gray Wolf" was chosen because of the characteristic features of this animal - strength, endurance and ability to adapt to different conditions. The new helicopter is expected to be the same. Wolf Packs, consisting of the MH-139A, will carry out lengthy patrols and seek out an enemy threatening missile silos. 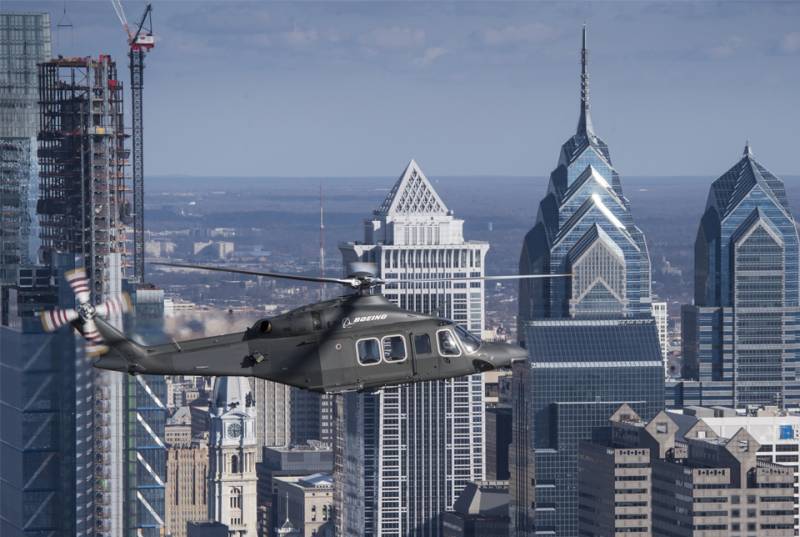 So far, the 413rd squadron will have to test only one new type of helicopter. In January and February, three more cars will be handed over to her. Such a group of equipment will undergo military tests for about a year, after which full-fledged deliveries of serial equipment for mastering combat units will start.

New deliveries of equipment in large quantities will begin in fiscal year 2021. By the end of the twenties, it is planned to purchase 80 helicopters - taking into account the testing equipment, the total number will reach 84 units. Also ordered the necessary additional equipment, maintenance services and training of pilots.

Helicopters MH-139A will be built at the Leonardo Helicopters factory (formerly AgustaWestland) in Philadelphia, which already has an AW139 machine assembly line. Unfinished and understaffed helicopters will be transferred to the Boeing plant (formerly Boeing Vertol) in the same place in Philadelphia. The task of this enterprise will be the installation of various equipment that distinguishes the Gray Wolf from the base AW139. 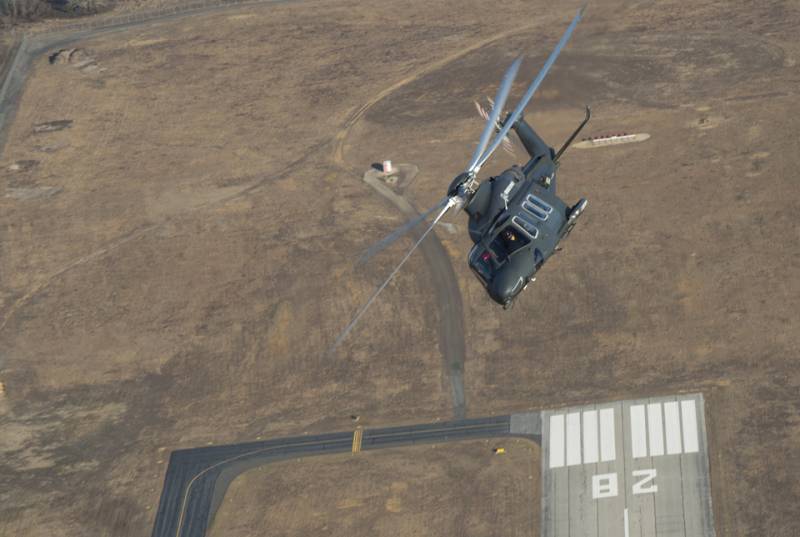 The main objective of the new helicopters will be patrolling to protect AFGSC ground facilities. For this, most of the MH-139A will be deployed at air bases near missile systems. The appearance of such equipment at the aerodromes of the states of Montana, North Dakota and Maryland is expected. Helicopters will also appear in several training squadrons at other bases.

Existing UH-1N helicopters, if necessary, are used as vehicles for representatives of the military and political leadership of the country. MH-139A is likely to receive this role.

According to the technical requirements of the competition, new helicopters must have a service life of at least 30 years. Annual flight time - at least 480 hours per car. The supply of new equipment will gradually decommission and decommission obsolete UH-1Ns built back in the seventies.

Advantages of the Wolf

The adopted Boeing / Leonardo MH-139A helicopter will have to replace obsolete equipment and take on its tasks. At the same time, performing the required work will be noticeably simpler and cheaper with a significant increase in efficiency. 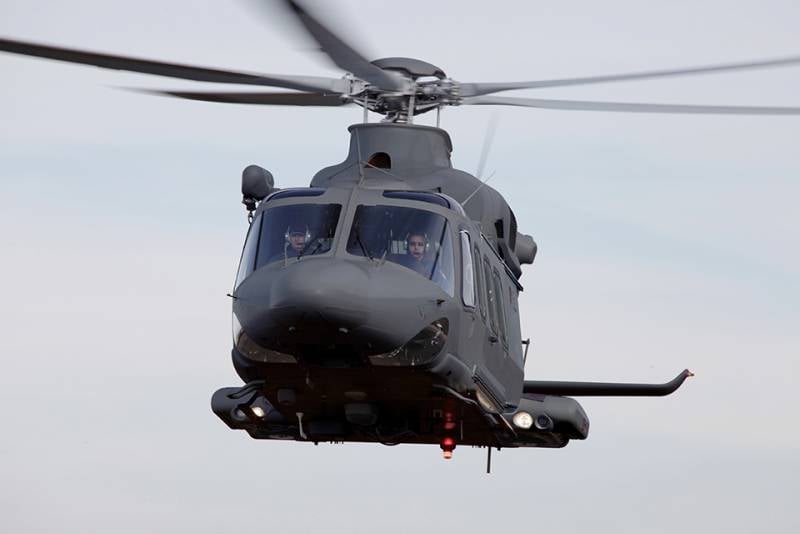 The project MH-139A is based on the well-known and well-developed platform in the form of an AW139 multi-purpose helicopter. This machine has been manufactured since the beginning of the XNUMXs, and to date, about a thousand copies have been delivered to customers. The helicopter shows a fairly high technical and operational characteristics. Depending on the needs of the customer, he can carry a variety of equipment and even weapons.

The joint project of Boeing and Leonardo provides for the processing of the base helicopter to the requirements of AFGSC. First of all, this applies to instrumentation for solving basic problems. At the same time, some features of the helicopter remain unchanged. Due to this, allegedly, it was possible to ensure maximum unification with other equipment and simplify operation, as well as provide a complete solution to combat and transport missions.

MH-139A surpasses UH-1N helicopters in a number of flight characteristics, which simplifies patrolling. To monitor the ground situation, it has a block of optoelectronic equipment and other devices. Installation of other equipment is possible. There is a spacious cabin in which you can accommodate up to 15 people or the corresponding load. There are several points for installing weapons. 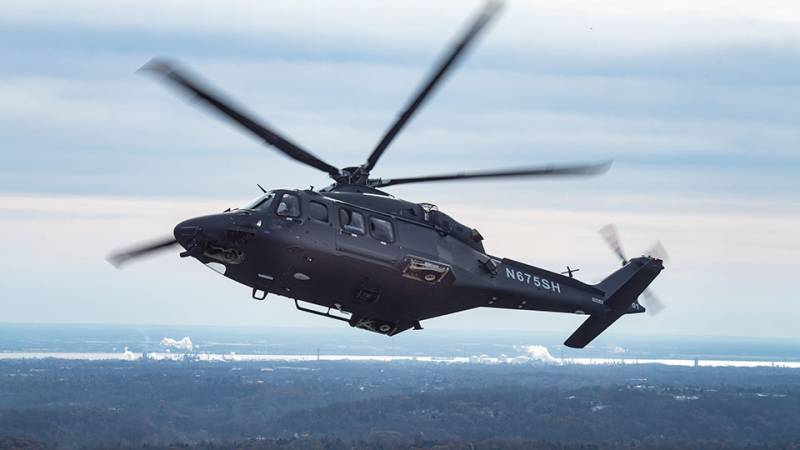 In this configuration, the helicopter can monitor the territories around the missile bases and look for intruders. When they are detected, the landing of the capture group is possible. Like its predecessors, the new Gray Wolf helicopters will also be used as training and as transportation for dignitaries.

Recent events are of great importance to the US Air Force Global Strike Command. The modern multi-purpose helicopter MH-139A allows you to solve a serious problem with obsolescence of available equipment and ensure the normal service of the ground components of the strategic nuclear forces for several decades to come.

The position areas of the missile units need various means of defense, including in aviation technology for patrolling and transporting fighters. At the moment, such tasks, which are of particular importance for the defense of the United States, are solved with the help of long-obsolete helicopters. In 2021, they will be replaced by modern designs with higher characteristics and wide capabilities. The new Gray Wolves will replace the Huey and take their place over the next 30 years.

However, while the combat duty of the MH-139A helicopters remains a matter of the future. The first helicopter of this type, transferred to AFGSC the other day, is intended for military trials. Soon, three more helicopters will join him. At the same time, a full-fledged service of new equipment will begin only in a year or more, and it will take several more years to completely re-equip the squadrons. However, the modernization process has already begun, and the US Air Force no longer has any reason for serious pessimism.