Existing Russian core Tanks equipped with tank systems of guided weapons (TKUV) of several types. In the near future, the appearance of a new TKUV with improved characteristics is expected. Until recently, very little was known about the promising complex, but now very interesting data has become public.

In December last year, a package of documents appeared at State Procurement that affected the interaction of the Design Bureau of Precision Engineering named after A.E. Nudelman and the 3 Central Research Institute of the Ministry of Defense of Russia. An agreement on the work, an additional agreement and some other documents were published. For unknown reasons, these documents have attracted attention only now. However, they are also of great interest.

The contract of 21 on March 2016 determined the procedure for conducting preliminary tests on development work with the Sokol-V code. The tests were assigned to the 3 Central Research Institute of the Ministry of Defense and were to pass at the Smolino training ground in the Nizhny Novgorod region.

The work was required to be completed before the end of 2016. In the same 2016, a statement was signed for the execution of the contract. However, in September of 2018, an additional agreement appeared that extended the duration of the contract - and with it the dates for the necessary activities.

The current status of the Sokol-V development center cannot be determined from published data. According to other sources, testing of new products has not yet begun. At the same time, thanks to State procurements, the most interesting features of such tests are known. Using this information, you can seriously supplement the existing picture of the development of domestic TKUV.

The product with the code "Sokol-V" is a tank complex of guided weapons based on the 3UBK25 shot. The latter is made in caliber 125 mm and is intended for use with tank guns 2A46 and 2A82. There are several options and modifications of the rocket with different configurations and differing capabilities. 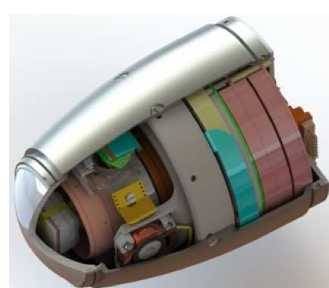 Section of the head compartment of the rocket with equipment. Figure KB Tochmash / btvt.blogspot.com
Previously, open press featured data on promising TKUV for domestic tank guns developed by Tochmash design bureau. Such a complex was mentioned without a specific cipher, but a version has already appeared about the direct connection between this development and the Sokol-V development center. Based on this assumption and other available data, some conclusions can be drawn.

The missile is made according to a single-stage scheme and is designed to destroy tanks and other ground targets or low-altitude air targets. The missile has a relatively large length, which is why it is divided into two parts, corresponding to the limitations of tank automatic loaders. In this case, the head element of the rocket receives guidance equipment, a warhead and an engine, and steering machines and other equipment are located in the tail.

The missile is equipped with an autopilot based on an inertial navigation system (ANN) and / or homing head (GOS). In older materials, it was mentioned that the new TKUV can use passive optoelectronic guidance with the reception of infrared radiation and visible light. A “laser beam flying” control system may also be used.

For testing, it was planned to assemble missiles with GOS and ANN. It also required a certain number of products with ANN, but without a homing head.

Used cumulative-fragmentation warhead, probably tandem. Also in the head compartment of the rocket is a solid-fuel engine. The flight and combat characteristics of the rocket remain unknown.

Shot 3UBK25 should be used 125-mm guns of existing and promising tanks. The missile and the throwing device are made in the form of a shot of separate loading, compatible with existing AZ. The docking of the two parts of the rocket is carried out when sent to the chamber.

Data from State procurements approximately show how and with what preliminary tests of Sokol-B should have been carried out. For their implementation, it was required to provide some necessary products and samples, as well as to manufacture others again. 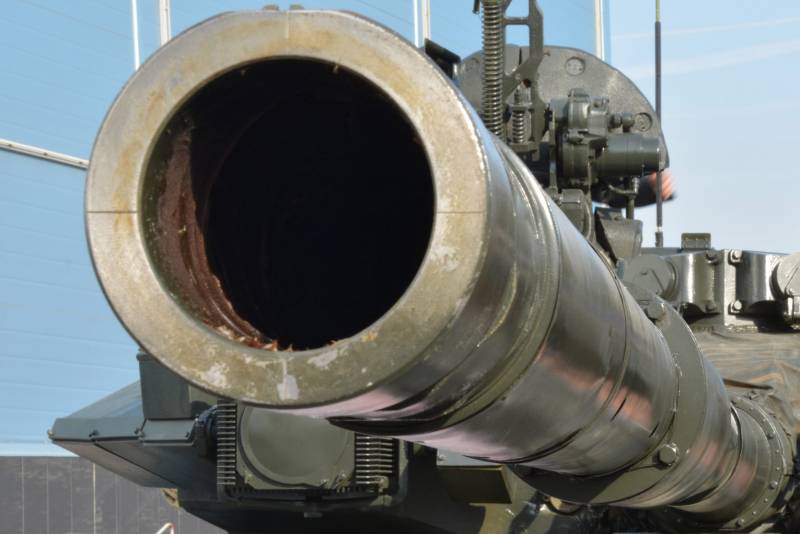 The 2A46M smoothbore gun is the main launcher for Russian TKUVs at the moment. Author photo
It was proposed to use MBT T-80 or T-72 or T-90 as an experimental carrier of the Sokol-V TKUV. It was also necessary to apply a ballistic installation with the 2A82 system - an instrument of the promising T-14 tank. They are planned to be used for firing new missiles in different trim levels.

15 ballistic simulators 3UBK25 with a missile without a warhead and 5 with a standard charge are submitted for testing. Ordered 22 shots fully loaded with GOS and warheads. 92 Practical Products 3UBK25PRACT is also mentioned. Half of them get GOS, others are equipped with ANN. The contract also mentions 35 shots of 3UBK25-HB and 40 products of 3UBK25-Lough of unknown purpose.

Thus, using a tank and a ballistic installation, it is planned to carry out a large number of launches of breadboard models and missiles in different configurations. Also planned test explosions of warheads separately from missiles. All these works should be carried out with the wide use of various targets and control equipment to collect all the necessary data.

After the preliminary stages of the design bureau, Tochmash will have to complete the project. After that, the TKUV Sokol-V will be able to be put out for state testing. Successful completion of these checks will allow the complex to enter service. However, even the approximate dates for this remain unknown.

Published data on the development of promising TKUV and new information on the testing of the Falcon-B show which weapon in the future will be able to get our tanks. Apparently, we are talking about quality superiority and a number of new special features.

The flight performance of a new type of guided missile remains unknown, but it can be assumed that in this respect it will not be inferior to existing models. It is obvious that the advantages over them will be provided by the new GOS and other devices. 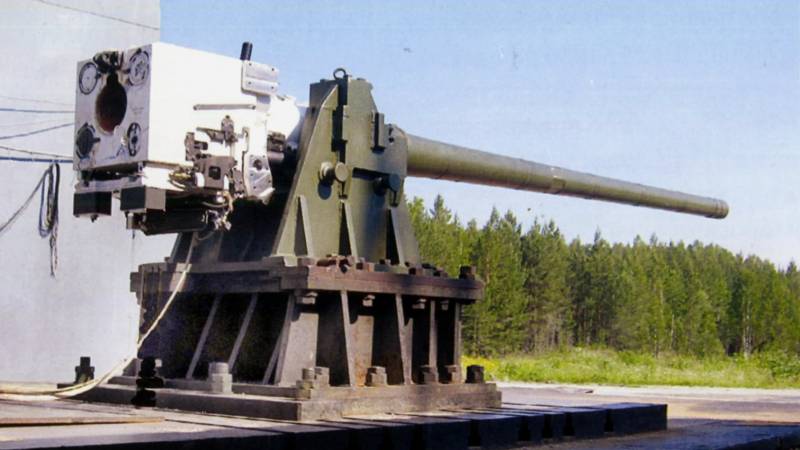 Stand with the 2A82 gun for the T-14 tank. Photo Bmpd.livejournal.com
The use of an optical-electronic homing head with two channels using the visible and infrared ranges is proposed. Inertial navigation is also used and laser beam control is possible. Thanks to this, it is possible to use missiles in several ways. The carrier tank can independently control the flight of the rocket or bring it to the target. Self-guided shooting on the basis of the "launched-forgot" principle is also possible.

The presence of ANN and passive GOS in theory allows you to send a missile out of line of sight to a specified area where it can independently search for a target. In this case, the carrier tank can use external target designation in preparation for the shot.

The 3UBK25 shot was carried out taking into account the limitations of the tank smoothbore guns 2A46 and 2A82. This means that such ammunition can be used with all existing and promising MBTs of the Russian army. Such capabilities are planned to be confirmed already at the preliminary testing stage, in which the T-80 tank (either T-72 or T-90) will be used, as well as the installation with a gun from the T-14.

How exactly in the future the transition to the new TKUV will be carried out is unclear. It is likely that tanks of all types will receive the necessary equipment during planned upgrades. In the case of the latest MBT T-14, it is possible to introduce new equipment already during mass production.

Thus, a modern or promising MBT with the Sokol-V TKUV and all types of 3UBK25 shots will have the most serious advantages over equipment with older weapons. One should expect an increase in performance characteristics, as well as the emergence of new opportunities.

Domestic MBT with modern TKUV capable of hitting targets only within line of sight and at distances of several kilometers. The Sokol-B missile can be distinguished by increased range and improved combat qualities. Increased performance combined with new qualities will provide a significant increase in the firepower of tanks.

However, it is not yet clear when all these innovations will go to the troops. Judging by the well-known data, the preliminary testing stage for the Sokol-V R&D has not yet been completed. To finalize the products and the following checks, including state trials will need extra time. When all these works will be completed and when the combat tanks will receive new weapons is unknown.

We are in Yandex Zen
Is the old well forgotten to become the new? Part-2. By call of honor and duty
Heavy tanks of the USSR in the postwar period
38 comments
Information
Dear reader, to leave comments on the publication, you must to register.