All-seeing eye. Wall-mounted detection technology in the US Army? 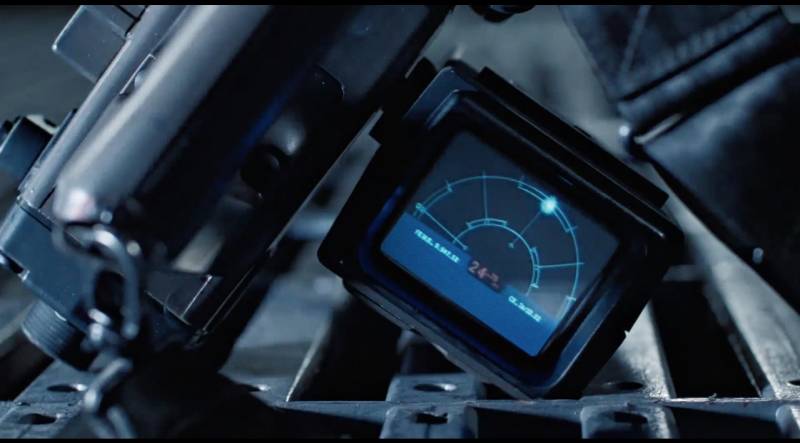 Reality is better than fiction

M314 Motion Tracker is a device that can be called an alien monster movement tracker from the Alien movie series. If you managed to get acquainted with this work, then you probably remember the moments of suspense, when the Marines watched tensely the approach of a whole legion of xenomorphs on the screen of a portable device. At the same time, M134 was able to determine only the range and azimuth, which often led to tragedies: aliens fell from the ceiling or jumped out from under the floor. By the way, everyone can buy a “real and valid” xenomorph tracker on one of the Hollywood sites for symbolic 699,95 dollars.

We don’t know if Megan Lacy, Corbin Hennen and Rob Kleffner from Lumineye were inspired by the invention of the “Alien” scriptwriters, but the principle of their novelty is surprisingly similar to M314. The Lumineye Lux device is much more compact, but it allows you to determine only the distance to the object - you will have to search for the exact location of a person by moving the gadget along the wall. It is assumed that the main consumers of the new items will be the employees of rescue services, especially they are impressed by the ability to determine the intensity of breathing, as well as work in smoke and open fire conditions. In the case of obtaining a workable production model, the gadget can be accepted by both US law enforcement officers and army special forces units. 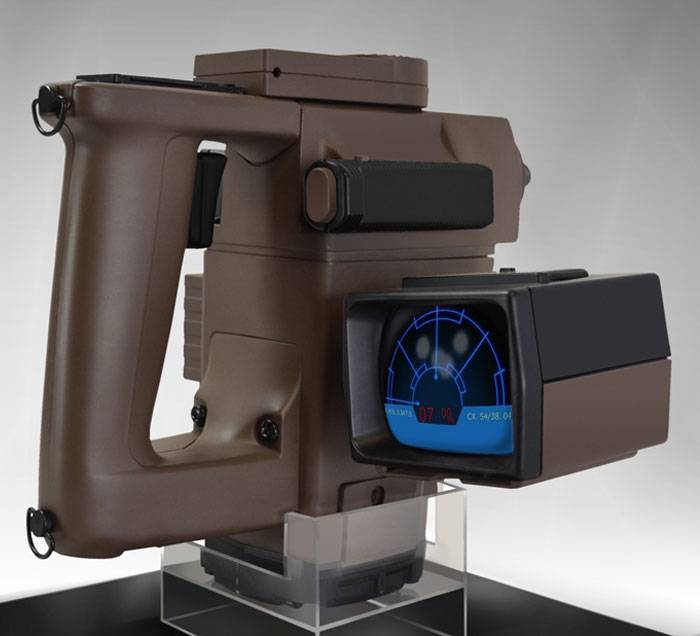 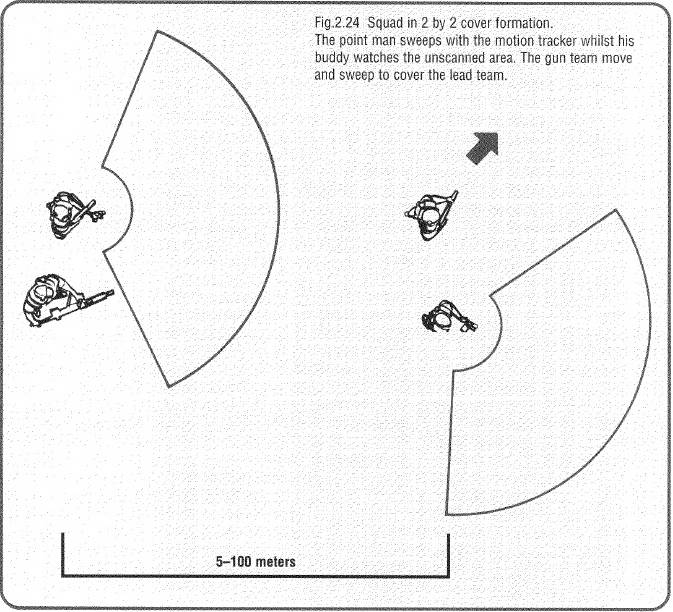 The first step in this direction has already been taken - a startup from Lumineye won a grant of the third annual xTechSearch contest of the Ministry of Defense in the amount of 250 000 dollars. It happened on October 16, and now the finalists of the 4 stage of the competition have time to finalize their device. In March of 2020, something similar to a superfinal will take place, which may well result in contracts from the military. 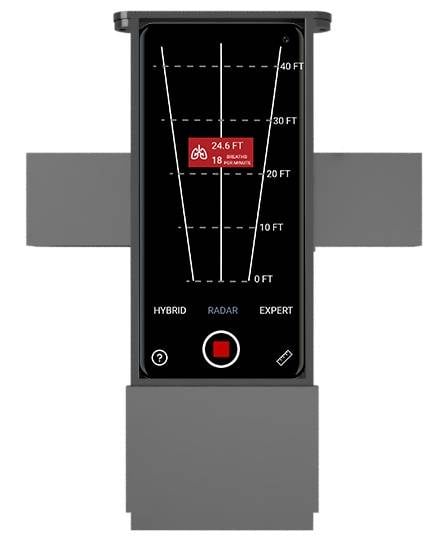 The main advantage of the proposed scanner is the mass of less than one kilogram and the 15-meter detection range of a person behind an obstacle. Of course, the performance of this gadget is very dependent on the material of the walls - the maximum performance will be for drywall walls, and the minimum - before the thickness of reinforced concrete. Development engineers do not reveal the whole essence of the principle of operation, but it is obvious that this is an ordinary pulsed high-frequency radar with a sensitive receiver that allows you to determine chest oscillations in a stationary person.

Actually, they did not create anything new in Lumineye, they only drastically reduced the dimensions of the device and slightly expanded the functionality. Such radar detectors have been used for many years in most countries of the world to search for people under the rubble. So, in Russia, RD-400 was developed and accepted for service, which also allows you to search for people under a layer of radiolucent material and determine breathing. The domestic apparatus differs in size, weight (more than 11 kilograms) and the detection range of a person (20 meters). 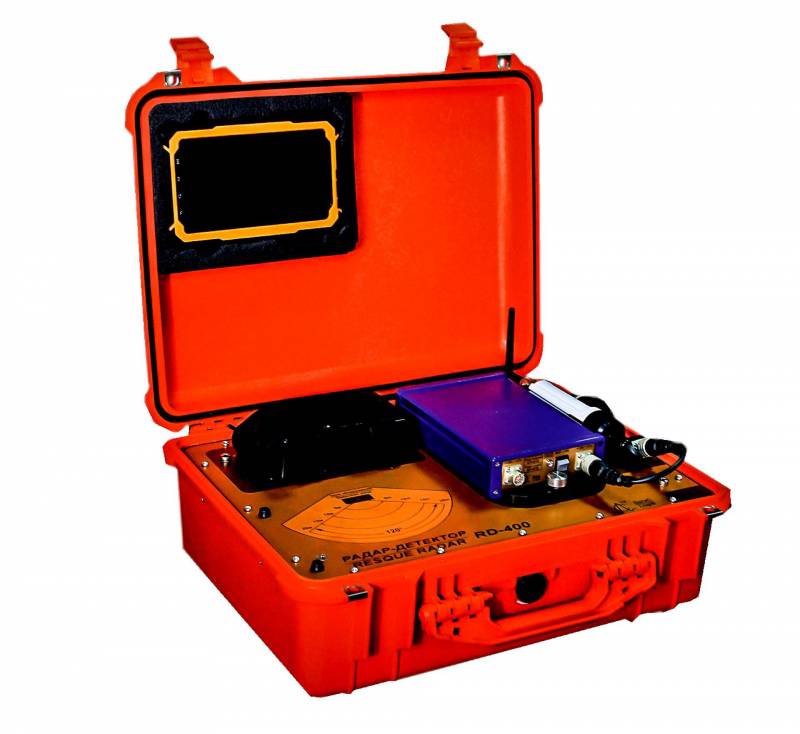 But only these 20 meters can be almost a monolith of broken brick, concrete and steel reinforcement. Whether the Lumineye Lux can work under similar conditions is not known. Close in parameters to the American "all-seeing eye" is the Rescue Radar Light LS-RRL01 from Japan. Its weight and dimensions are similar, but the range or depth of detection is only 5 meters. Some foreign analogues are able not only to determine a person’s breathing, but also to build temporary oscillograms that allow determining the life dynamics of the victim. But that is not all. 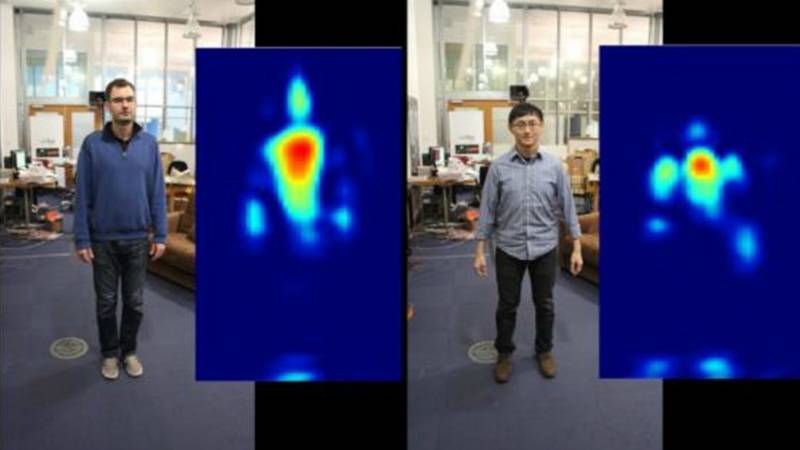 Using Wi-Vi, too, it turns out you can spy on the walls

Researchers from the Massachusetts University of Technology seven years ago proposed using Wi-Fi to scan the space behind the walls of radio waves. As you know, wireless penetrates well through walls, but poorly through humans. Actually, the only technical matter is to learn how to catch the signal reflected from the bodies and transform it into a digestible for the human eye. The technique of such detection allows you to "see" people up to 15 behind the wall, while you can determine their approximate location and movements. The author of the development, Dina Katabi, called the Wi-Vi technology itself, and the stationary device for detection outside the walls - RF-Capture. It is interesting that the developers endowed the radar detector with the ability to determine the individual characteristics of a person: height, build and silhouette. This allows in the future not only to fix the presence of a person in the sector of the review, but with a certain accuracy to recognize him. There is information that work was carried out to distinguish human gestures in the interests of the previously mentioned Hollywood. For the dream factory, it was supposed to modify the system to work without obstacles. In rescue services, the application was limited, since the accuracy of the RF-Capture operation did not allow determining the respiration of a stationary object of observation.

An example of a device developed at Lumineye showed two fundamental things. Firstly, one of the ways to develop new technologies may be to miniaturize existing solutions and expand their functionality. And secondly, the presence of defense competitions such as xTechSearch, designed for small startups, allows for relatively modest costs to stimulate “innovative itching” among talented young people. What is not a worthy example for our Ministry of Defense?