“490A Object”: two versions of one promising tank

November 4, 2019
30
В stories The tank building of the eighties was a period of active search for new unusual layout and constructive solutions. A lot of interesting ideas were then proposed and worked out by the Kharkov Design Bureau of Mechanical Engineering (HKBM). Some of them were implemented in two versions of the 490A or Rebel project. However, both versions of the project have not left the early stages. 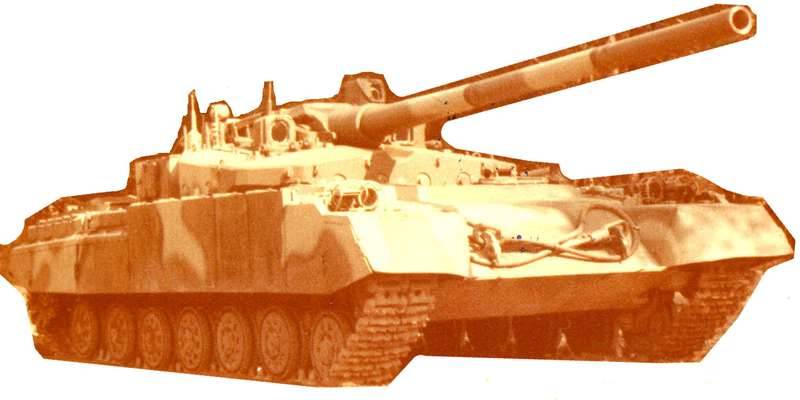 One of the few photos of the running layout MBT "490М"

Since the late seventies, HCBM has been working on the MBT project with the code “Object 490”. Already known ideas developed in it and new ones were proposed. In parallel, a tank was developed with the “490A” index and the name “Rebel”. This project also included bold decisions, but some proposals with dubious prospects were refused.

In particular, the 490 MBT provided for a reduction of the crew to two people with the corresponding restructuring of electronics and other equipment. The 490A project abandoned this and retained the third tanker. The rest of the project was no less bold and also included the use of uncharacteristic solutions.

The design and subsequent testing of the two types of MBT should have taken several years. At the beginning of the nineties, the issue of adopting equipment for armament could already be decided. However, the work on the “490A Object” was delayed - after testing the first prototype, it was decided to substantially alter the project.

In 1982, HCMB completed the preparation of documentation for the first version of "Rebel." In accordance with it, a wooden model was built. Soon there was a running layout, and then a full-fledged prototype designed for comprehensive testing.

View of the other side

The “490A Object” received a building of a traditional layout with a carriage-type tower. The commander and gunner were located below the level of the roof of the hull, which allowed to reduce the dimensions of the tower. In the bow of the hull, behind a powerful frontal barrier, the control compartment and the fuel tank were placed. The right half of the fighting compartment was occupied by automatic loading.

The basic one weapons The “rebel” was to be the 125-mm smoothbore gun, which is a further development option for the serial product 2А46. The gun received remote control and was equipped with automatic loading. Separate loading shots were located in a mechanized installation inside the fighting compartment. The mechanisms were responsible for their extraction, lifting to the gun and chambering.

In order to increase ammunition, various proposals were worked out. A new styling of the automatic loading device of the most dense layout was created. The concept of the so-called charge of a variable form. She proposed the rejection of a rigid shell with a charge, the role of which was assigned to a soft cap. A flexible cap could change shape when loading into a styling or when being sent to the chamber, which made it possible to optimize the use of available volumes.

The placement of the crew inside the hull under the tower made special demands on the surveillance equipment and fire control system. It was proposed to equip MBT with the necessary viewing and sighting devices built using optical fiber. The fiber made it possible to simplify the design of surveillance tools, reduce the projection of viewing instruments, and also ensure their optimal placement without dead zones.

490A successfully reached the stage of construction and prototype testing. In 1983-84 the prototype was tested at the test site and made conclusions. Some technical solutions were approved, while others needed further elaboration. In addition, updated requirements were now imposed on MBT, which resulted in a substantial revision of the project.

The increase in firepower of the upgraded 125-mm guns was considered insufficient for a guaranteed solution to combat missions. In this regard, the second version of the “490A Object” was rebuilt for a more powerful 152-mm smoothbore gun. The use of a new gun entailed the restructuring of the fighting compartment. Other adjustments were also made related to the results of past tests.

The layout of the car as a whole remained the same, but the fighting compartment was seriously remade. The gun remained in the remote installation, and under it were now located automatic loader devices. Places commander and gunner placed at the sides of the compartment - on the sides of the automation.

Mechanized styling for shellless shots with a mill was in the front and rear of the compartment. A ring conveyor passed under them and under the tankers' places. At the rear of the tower, a lift was provided for delivering shots to the cannon. For all its complexity and large volume, the proposed automatic loader contained 40 shots.

From the point of view of the FCS, the new 490A tank was seriously different from the old one. Optical fiber did not perform well in tests, and it was replaced with standard instruments and television devices. The composition of the on-board electronics was proposed to introduce the equipment of the active protection complex. Its radar was to be mounted on the sides of the tower, automatic control - inside the tank. 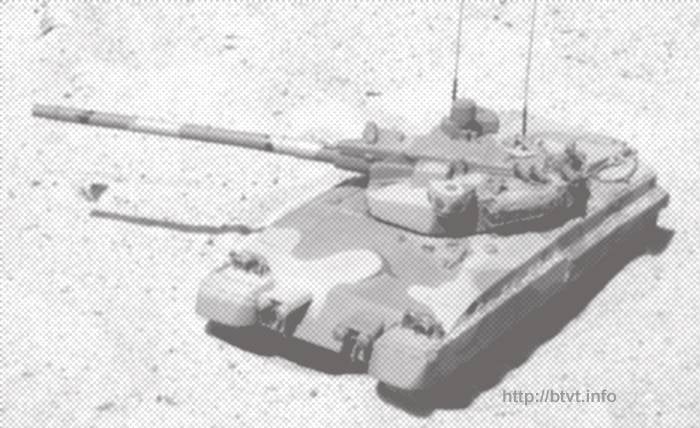 The updated project “Rebel” was ready in 1984. It was possible to build mock-ups and a prototype, conduct tests and draw conclusions. But none of this happened. Tests of the previous prototype showed the presence of some unresolved problems. The new project also had flaws. As a result of this, the development of MBT was soon seriously revised, and the 490A project had to be closed.

The development of the 490A Facility faced a number of characteristic problems directly related to new bold technical solutions. Some new components performed poorly in testing, while others needed to be developed and developed for a long time. All this predetermined the fate of the project.

While the "Rebel" was planned to equip the 125-mm gun of increased power, the main tasks and problems were associated with the automatic loader. The proposal to switch to a large caliber with a fundamentally new shot led to new difficulties. It turned out that the creation of a shot from the mill, suitable for use in practice, is an extremely difficult task.

Until the end of the development of such ammunition, all work on the 152-mm gun did not make much sense. Moreover, by the mid-eighties, the idea of ​​the mill was abandoned and returned to the developed principles of loading.

The optical fiber in the observation and aiming devices did not justify itself. Existing and accessible materials did not provide the required resolution of the optics and reduced its real efficiency. The lack of prospects in this direction led to the use of “traditional” optics in the second version of the “490A Object”.

Placement of units in the first version of the project

To this was added the need to improve protection, develop new fire control devices, improve the power plant, etc. Thus, with all the visible advantages and prospects, the new MBT turned out to be too complicated to develop - and later difficult in construction.

Growth for the future

Further development of the 490A project was considered inappropriate. As proposed, the second version of the project had a number of shortcomings, the elimination of which required too much effort. In this regard, they decided to abandon the rebel refinement and launch a new project that takes into account the experience gained.

Already in 1984, work began on a new main tank with the “477” index and the name “Boxer”. Separate features, he resembled the "Rebel", but otherwise was an independent development. It also used new original constructive ideas of various kinds.

By this time, in the framework of the 490A project, only a prototype and an experimental tank had been built, which were tested in the 1983-84. After the start of development of the second version of the “490A Object”, this technique remained out of work. She was transferred to storage without prospects for a return to work. According to various sources, the running layout still exists, but in the past it was dismantled. Now an interesting product is a miserable sight.

Nevertheless, this machine at one time did an important job and showed the real prospects of various technical solutions. Such findings allowed us to adjust new projects. However, a completely new era was on the horizon, and most of the developments on the “490A Object” simply disappeared.