October 18 2019
23
We criticize our Defense Ministry a lot for shortcomings in combat training and other negative phenomena, alas, while existing in our army. This is not criticism, but the desire to help see what, due to the very organization of the armed forces and the command structure of our army, is not always visible from the Moscow headquarters and offices of the ministry. 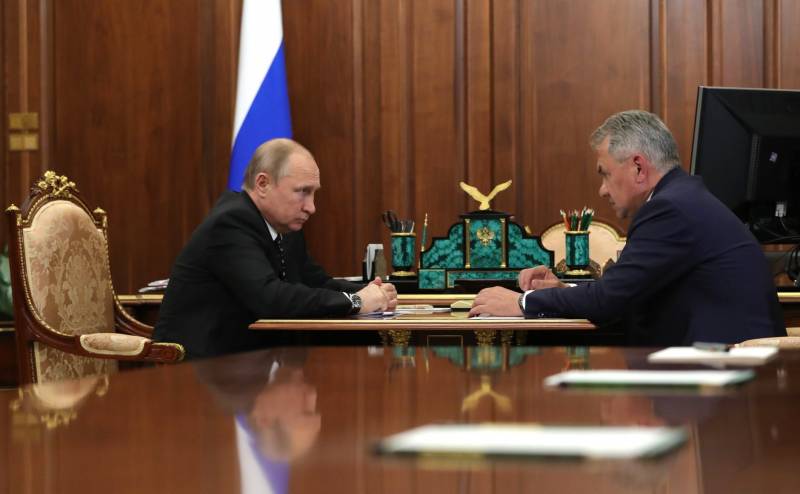 Today, VO will not criticize, but will talk about the failures and achievements of our aircraft in the 2019 year. In short, we will summarize the activities. Moreover, the Minister of Defense Sergey Shoigu started the conversation on this topic a week ago, and soon, literally in a couple of weeks, we will learn the point of view of the President and Supreme Commander-in-Chief Vladimir Putin on this issue. The announcement of a meeting on defense is already available.

Let's start with the main thing. With the provision of the army with military equipment and weapons.

We are so used to the fact that in every country in the world, the military department annually “cries” about a lack of funds and asks for increased funding, that what our ministry voices will seem incredible to you. In 2019, the government allocated the RF Ministry of Defense over 1,5 trillion. rubles! Moreover, more than 70% of these funds were allocated for the purchase of modern weapons and military equipment.

Agree, the amount looks impressive. It would seem that buy and rearm. Remove old weapons that are ineffective in modern conditions and turn regiments and divisions into full-fledged combat units. But ... In the 2019 year, the troops received only a little more than 2300 units of new and modernized weapons. And this ... only 47% of the plan! Less than half!

Thus, at the end of the year, the Russian army was equipped with modern weapons only about 68%. Simply put, a third of the parts and connections do not meet modern requirements. Is it critical or not?

We are so accustomed to the successes of our military in Syria or at exercises (games) that we think little about it. Meanwhile, if you recall the 1941 year, it was the divisions that arrived from the east of the country that largely determined the success of the defense of Moscow and Leningrad. Remember what “battles” were in headquarters between the corps commanders and the armies in order to get these divisions?

Without detracting from the merits of the soldiers and officers of these divisions in the sense of courage and selflessness, the strength of these units and formations was largely in the fact that they had well-trained, equipped and armed personnel. Remember the recent film "28 Panfilov". The authors accurately described exactly this feature of the division from Kazakhstan. A couple of months was enough to train the fighters from Alma-Ata and Frunze.

What do we have today? Here I will refer to the data announced by the deputy director of the Institute of Political and Military Analysis Alexander Khramchikhin in his article on the state of defense of our Primorye. I will not fully voice the armament of the 5 Army (Ussuriysk) today. Of the 8 brigades and regiment that are located there, I will show three. Moreover, today they are being reformed into a division. One!

Those who understand weapons, it is clear that the commanders would not fight for such a division, as for the division of Major General Panfilov. Although, in fairness, I note, Panfilov’s division was “fresh”, formed in July 1941 of the year.

Let us return to the present, today. Defense Minister Shoigu voiced another figure. More joyful, but also not causing desire to load a salute gun. The pace of procurement of high-tech weapons has accelerated. Not globally, but at 6,7%.

What is this talking about? Alas, the widely announced and often mentioned “import substitution program” does not fully work today. Our industry cannot restore its own capabilities in a short time. We learned the lesson. This was explicitly stated at the conference call of the MO 8 of October. The program will continue even if the sanctions are lifted from Russia!

"The creation of a technologically independent system for the development and production of arms and military equipment will continue even if anti-Russian sanctions are lifted."

We have written many times that the Russian Navy is inferior today fleets leading sea powers and does not ensure the fulfillment of tasks not only of dominance at sea, but also of the proper defense capability of the coastal regions of the country. I will not repeat the reasons for this state of the fleet and sprinkle ashes on my head.

The once-powerful Pacific Fleet perfectly shows the state of our fleet. What is the Primorye Pacific Fleet today, according to Khramchikhin?

It's all! Can such a fleet withstand even the Japanese Navy? Even taking into account the 72nd coastal missile brigade deployed in the village. Smolyaninovo, 155th Marine Brigade, stationed in Vladivostok, and 7062th Marine Base aviation (airfield Nikolaevka, Nakhodka) we can prevent the maximum landing on our coast. Not more.

How many copies were broken in disputes about modern Russian aircraft! How much is written, shown, told about the fifth, sixth and other generations of aircraft. We have won (lost) the US aviation so many times that I don’t want to repeat it. Therefore, the Air Force briefly and to the point. What the minister said.

The emphasis in aviation is on updating the fleet of military transport aircraft. First of all, it is a heavy IL-76MD-90A transport aircraft, the tests of which are ongoing. Also tested is a new promising refueling aircraft. By the way, factory workers promise to complete factory and flight tests in May next year.

The revision of the light transport aircraft Il-112B is actively underway. It is this aircraft that will replace the An-24 and An-26. True, it is not planned to complete the completion of the aircraft in accordance with the requirements of the Ministry of Defense next year. According to the plan, the machine should be put into service in the 2022 year.

There is probably no problem that would be as insoluble as the problem of housing and social facilities. In any garrison, in any military unit, there are people dissatisfied with precisely these indicators. There are always not enough apartments. Everyone understands this. And this is precisely the question that is most noticeable to the layman. The press often uses specific housing situations to create negativity with the army.

No less acute is the problem with the repair of buildings and structures for personnel and military equipment. Military infrastructure is not eternal, especially in conditions of intensive exploitation. The emergence of new equipment and weapons requires the creation of conditions for their storage, transportation and intended use.

In 2019, the Ministry of Defense received 168 billion rubles from all of the budget to solve all these problems. Is it a lot or a little? Judging by the fact that problems remain, there are few. But do you need more? Whether the MoE will be able to master these funds is a complicated question. We will look at what is built.

So, according to the ministry, by the end of the year the 3751 building and construction will be commissioned. Of this number, 2338 buildings have already been taken. Agree, the figure is impressive. There is another figure that will impress no less. This year, our defense department provided housing for almost 85 000 military families! Impressive?

But we must take into account one nuance, which is not customary to talk about after voicing a beautiful figure. In fact, not 85 of thousands of families received apartments, but much less. The total number of families of military personnel who received permanent or official housing, as well as those who received compensation for hiring or under a funded-mortgage system program, was calculated.

We are used to what the military department spends. This is normal. He started a combat vehicle, pulled the trigger to the shooting range, came for lunch or dinner, put on his uniform and everything that a soldier does on a daily basis, which means that you took several hundred rubles, or even tens of thousands of rubles, from the state.

However, it is no secret that often funds are used inefficiently. And this is not about soldiers and officers who for some reason "shoot too much and drive combat vehicles." There is no "too much." It happens just the opposite. We are talking about the targeted use of budget funds in the implementation of the SDO. We listen to Minister Shoigu:
“Monitoring and acceptance of documentation on separate accounting of the results of the financial and economic activities of its executors is being carried out, which allows us to evaluate the effectiveness of the use of allocated financing, monitor the implementation of government contracts at all stages of the production process, compare the actual cost of production with planned indicators, determine the correct price of products and control the allocation of money means. "

It often seems to us that such trifles as control and routine monitoring of producer costs will not bring big savings. In fact, the effect of such control, although the manufacturers often cheekbones reduces anger at the customer, is huge. The cost of our military equipment is several times lower than foreign. Therefore, we can maintain the pace of rearmament, even reducing the budget. In percentage terms, of course.

But there is another item of income of the Ministry of Defense. We are talking about decommissioned military equipment and weapons. Even unsuitable for operation, destroyed or destroyed during the period of hostilities equipment costs money. This is metal! And not cheap metal.

So, in the 2019 year, Moscow Region transferred about 1000 units of automobile and special equipment for processing. And this, think about it, 83 000 tons of metal! In addition, the military finally began to sell unnecessary property that cannot be used in the army, but is quite suitable for use in civilian life.

Further arithmetic. 83 000 tons of metal, considering, of course, not only black, but also non-ferrous and precious metal, this is about a billion rubles! Decommissioned property sold through various channels is a little more than 0,5 billion. Total more than 1,5 billion rubles returned to the state.

The numbers at the conference call are many. Problems too. It is clear that today we cannot boast of solving all the problems that need to be urgently addressed. In a situation where whenever you throw, everywhere a wedge, it is rather difficult. Yes, and enough mistakes made.

But the army lives on. It does not survive, but it lives and develops.

By the way, judging by the draft budget for next year, changes in the army will continue. They have already talked about increasing cash payments to military personnel, about increasing salaries and allowances. It is planned to increase the military budget by 6,6%. In the project of the Ministry of Finance, in comparison with the legislatively established amount of budgetary allocations, the basic budgetary appropriations were increased in 2020 by 1 602 398,3 thousand rubles, in 2021-m - by 1 825 103,5 thousand rubles. and in 2022 year - at 39 397 517,5 thousand rubles.

Let's look at the final decision of the commander in chief.