26 September 2019
85
In modern warfare, not only the technical capabilities and armament of military vehicles are of paramount importance, but also the decrease in their visibility for detection tools. A technology that can significantly reduce visibility in radar and other detection spectra is called stealth. And our compatriot Peter Yakovlevich Ufimtsev invented it. 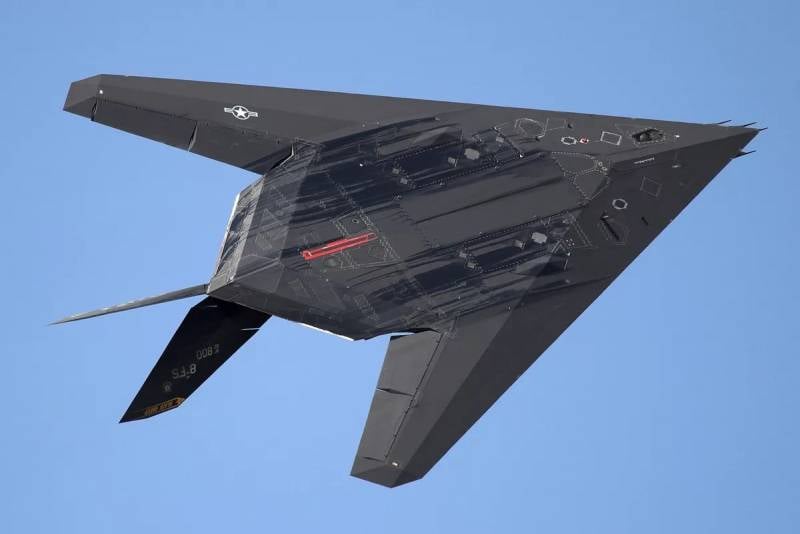 On 18 on June 1981, the F-117 flew up into the sky - a single-seat subsonic tactical stealth strike aircraft manufactured by Lockheed Martin Corporation. The tests of the new aircraft were kept secret - after all, it was not in vain that it bore the name Nighthawk - “Night Hawk”. The plane, which for some reason is ranked among fighters, although it is more correctly referred to as attack aircraft, has earned such a name due to its extreme stealth.

Only on 10 of November 1988 of the year, more than seven years after the first flight, did the Pentagon officially recognize the existence of the "Night Hawk." The U.S. War Department issued a press release with history the creation of the F-117, in which there was also the only photograph of a combat vehicle. As for the public display of the Night Hawk, it happened only on 21 on April 1990, and in 1991, after the Persian Gulf War, where the American army seriously defeated the Iraqi armed forces, the aircraft was presented at the air show in Paris. 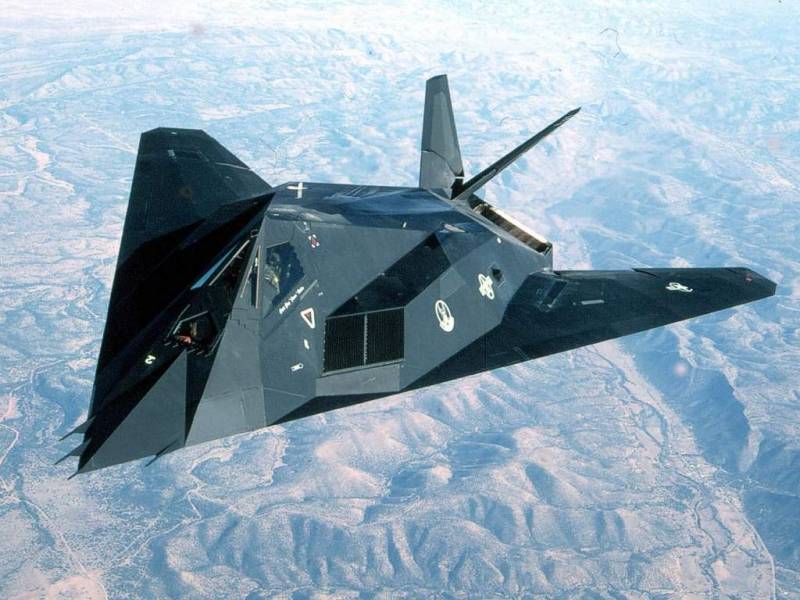 The "night hawk" was created using stealth technology and was built according to the "flying wing" scheme with a V-shaped plumage. The large sweep wing, straight profile, faceted fuselage were located so that they prevented recognition of the aircraft, reflecting electromagnetic waves away from the enemy radar systems. In the aircraft industry, such a scheme is called "facet" (from the French. Facette - face).

However, the first aircraft built using the technology of "flying wing" was Have Blue, which made flights from 1977 of the year. But this machine is still the same Lockheed Martin was not launched into mass production. But on its basis, they subsequently began to develop the "Night Hawk", which became the first truly successful aircraft, less vulnerable to enemy radar.

Denis Overholzer worked in the office of Lockheed Martin Corporation in the early 1970's. The young man did not hold high posts, but, thanks to his knowledge of the Russian language, his duties included familiarizing himself with technical publications published in the Soviet Union. Denis translated them into English. 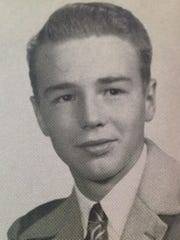 Once, for translation, Denis (pictured) received another Russian-language work - “The method of edge waves in the physical theory of diffraction”, which was written by the young Soviet physicist Pyotr Ufimtsev. The work was published almost ten years ago, in the 1962 year. Of course, an ordinary translator with a liberal philological education would perceive the need to translate this work as another boring duty and, somehow coping with the task, would breathe a sigh of relief. But Denis Overholzer had a higher engineering education and therefore he delved into the scientific work of Peter Ufimtsev with interest.

The work was devoted to a physical and mathematical algorithm by which it was possible to calculate the scattering area for an aircraft of any shape. That is, Ufimtsev’s work described how to make an airplane virtually invisible to air defense radars. The translator Overholzer, being a technically competent person and a great patriot of the United States, immediately realized what unprecedented opportunities Ufimtsev’s work opens up for the American air force. Moreover, in the Soviet Union this work was not secret, so the Americans received the technology completely legally.

Overholzer appealed to his superiors with his thoughts, but at first the leaders considered that the translator was going into his own business - there were enough aircraft designers in the corporation. None of the senior management was going to not only analyze the work of Ufimtsev, but even listen to the young translator.

Then Denis gave the work of the Soviet author directly to the engineering staff of the corporation. Those, being true experts in their field, penetrated into the work of Ufimtsev and almost immediately understood what was happening. A few years later, the corporation was already in full swing developing new “invisible” aircraft based on the use of stealth technology, borrowed from the monograph of a Soviet physicist.

Pyotr Yakovlevich Ufimtsev belonged to the generation of “children of war”. He was born in 1931 in the distant village of Ust-Charyshskaya Marina in Altai. At one time, his father, a peasant, moved there. In 1934, when Petya was three years old, his father was dispossessed and repressed, he disappeared somewhere in the camps. Childhood without a father was poor and hungry: due to a lack of vitamins, myopia progressed in Peter. The boy was very embarrassed to wear glasses, so at school he could not read from the blackboard and asked his classmate to let him rewrite the assignment.

Nevertheless, despite his vision problems, a boy from a remote Altai village went to enter a university — the physics and mathematics department of Alma-Ata State University. But due to the progressive myopia, the Ufimtsev moved to Odessa, where there was an ophthalmological clinic of the famous professor Filatov. I had to transfer to Odessa University, which Ufimtsev graduated in 1954 with a degree in theoretical physics. 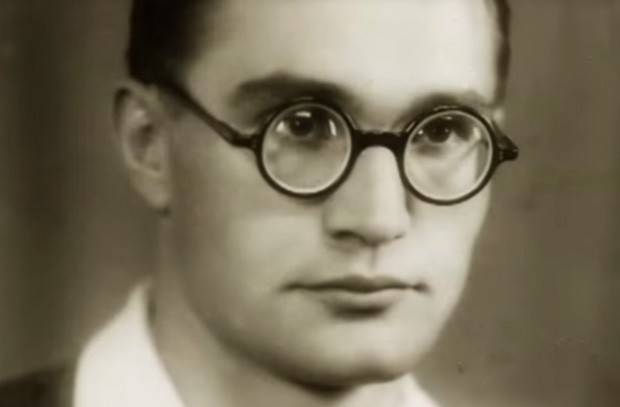 A promising young man was assigned to the Central Scientific Research Radio Engineering Institute (CRIRTI) of the USSR Ministry of Defense. He was engaged, as the name implies, in radio engineering. However, the institute also had a narrower specialization.

The main objective of this institute at that time was the development of new electronic warfare systems, on-board electronic defense systems, and a complex for combating radar guidance systems. Until 1962, the TsNIIIRTI itself was a branch of the Telecommunications Research Institute, and then it was separated into a separate structure. He was led by him for almost 10 years (from 1959 to 1968 years) Nikolai Pavlovich Emokhonov.

Veteran of the Great Patriotic War, Nikolai Emokhonov was also a man "from the people" - the son of a shoemaker, he was drafted into the Red Army and assigned to radio courses. Thus began his journey into electronics. Emokhonov served as the head of a radio station, commanded a close-range reconnaissance group by means of radio communications, ended the war as a senior lieutenant, and continued to serve in the communications troops, having been educated at the Military Communications Academy. CM. Budyonny. 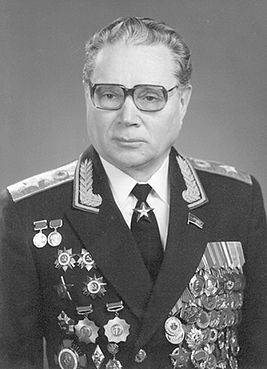 After graduating from the academy, Emokhonov came to the Research Institute of Communications, where he went from a junior researcher to a chief engineer, and then to the director of the branch and, finally, the director of the Central Research Institute of Radio Engineering. It was Emokhonov who invited Ufimtsev to the institute, where Pyotr Yakovlevich worked until 1973 of the year. At the same time, the direction in which the young researcher was engaged was not considered promising. 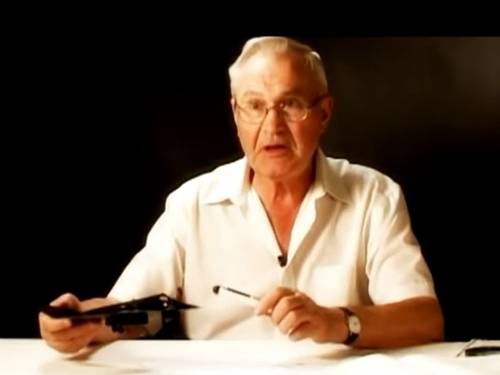 Pyotr Ufimtsev did not reach career heights, although in 1970 he defended his dissertation for the degree of Doctor of Physics and Mathematics. However, his contribution to science was very significant. He laid the foundation for the physical theory of diffraction. Back in 1962, the monograph “The method of boundary waves in the physical theory of diffraction” was published, printed in a limited edition of 6500 copies by Soviet standards. It was she who got to the table to the young and enterprising translator of Lockheed Martin corporation Denis Overholzer.

Ufimtsev came to the conclusion that if electromagnetic waves are scattered, their degree of reflection can be reduced. Accordingly, radar radiation did not return, and thus the aircraft would remain virtually invisible to the enemy’s air defense. For military aviation such a technology would be indispensable - if the Soviet leadership would pay attention to it in time, our country would receive “invisible” planes much faster than a probable enemy.

The scientist was more needed by the Americans

For some reason, in the Soviet Union, Ufimtsev’s technology was not interested. Like the translator Denis Overholzer, Pyotr Ufimtsev faced a misunderstanding on the part of Soviet bureaucrats from science who did not want to delve into the essence of his theory. It was only at the end of the 1980's, when the United States was already using the Night Hawk aircraft to the full, that the Soviet Union also realized the advantages of stealth technology. But it was already too late - tragic, dark days came for the Soviet state. Moreover, relations with a likely adversary, as Secretary General Mikhail Gorbachev believed, were improving.

1990 year was the last year of the existence of the Soviet Union. In the same year, Army General Nikolai Emokhonov was relieved of the post of chairman of the Scientific and Technical Council of the KGB of the USSR and sent to the Group of Inspectors General of the USSR Ministry of Defense. For Peter Yakovlevich Ufimtsev, the 1990 year was also a turning point. He, who had worked at this time at the Institute of Radio Engineering and Electronics of the USSR Academy of Sciences, received an unexpected invitation to come to the United States of America - to the University of California, as a visiting professor at the Department of Electrical Engineering. 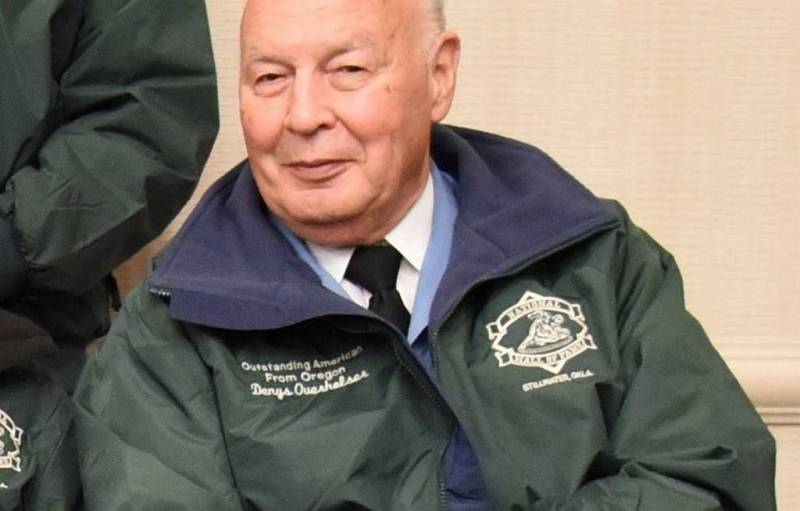 Without thinking twice, Peter Ufimtsev agreed. When he arrived in the USA, Denis Overholzer came to meet him - the same translator who had come across a monograph of a Soviet scientist twenty years earlier. But soon with a Ufimtsev contract was signed competitors Lockheed - Northrop Grumman. And the former Soviet scientist began to work on improving the combat capabilities of the American B-2 bomber.

The life and fate of Peter Yakovlevich Ufimtsev, as well as the entire history of stealth technology, is a typical example of the serious consequences that the state’s inattention to scientific personnel leads to. In the 1990s, the “brain drain” became a serious problem in post-Soviet Russia. Tens of thousands of promising scientists, engineers, technicians left our country in search of not only money, but also a more attentive and respectful attitude.

Unfortunately, this problem has not been resolved so far. Financing of domestic science leaves much to be desired, which is why young scientists are leaving for the West, and now also for the East. In the United States and even in China, their knowledge is more in demand.