T-95 vs T-14. Comparison from The National Interest

20 September 2019
190
On September 17, The National Interest published a new article by Charlie Gao, “Meet the T-95: The Russian Super Tank Moscow Passed On (A Big Mistake?)” - “Meet the T-95: a Russian supertank that was abandoned (in vain?)” The author considered one of the most interesting Russian projects of armored vehicles, and also tried to compare it with later developments. 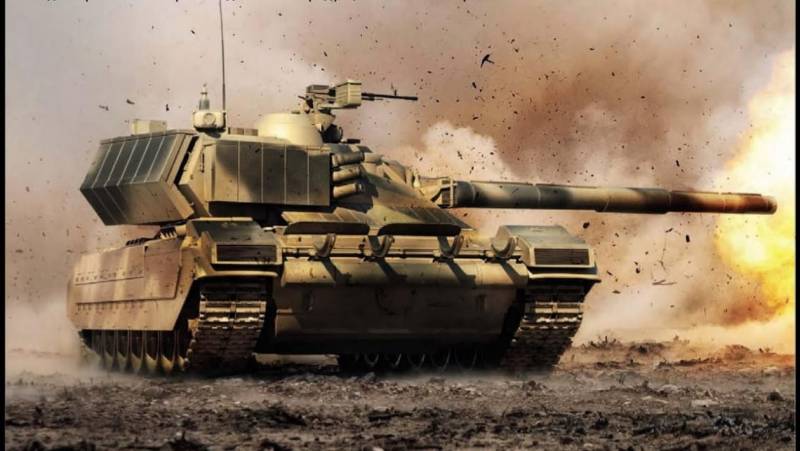 The author recalls that in stories Soviet and Russian tank building had many breakthrough projects. At the end of the Cold War, a new armored vehicle was developed in the USSR that could surpass all modern Tanks NATO. The development of such a tank called the T-95 ("Object 195") continued until the beginning of the tenth years, after which it gave way to the new T-14 Armata project.

C. Gao points out that many still consider the T-95 to be a better example. He offers to consider its features and compare with a newer development.

The “195 Object” was created since 1988 in the framework of the work “Improvement-88”. The aim of the project was to create a new main tank superior to foreign equipment. The T-95 was to be distinguished from existing Soviet tanks by improved protection, as well as more powerful weapons with increased range of fire.

Tank survivability was increased by moving the entire crew inside the hull and automation of the tower. Later, these developments on T-95 were used in the construction of "Almaty".

The tank received combined armor, supplemented by dynamic and active protection. All of these solutions for the T-95 were reproduced on the T-14. In particular, at the “195 Object”, an early-type Relic type DZ was used, which was an option for the development of the “Contact-5” system. Later versions of the "Relic" are used in modern projects.

The T-95 was distinguished by a higher tower, which made it possible to increase the angles of the vertical aiming of the guns - primarily declination. The Soviet tank building school traditionally sacrificed declination to reduce the size of the towers, but the design of the 195 Object has other characteristics. C. Gao suggests that Soviet engineers could use foreign ideas in this project.

The main weapon of the T-95 was the 152-smoothbore gun 2A83 with impressive characteristics. The initial velocity of the armor-piercing projectile was up to 2 km / s. The gun could use existing 152-mm ammunition of various types, possibly even nuclear. New guided missiles were developed to increase the range of the tank.

Instead of coaxial machine gun on the T-95 used 30-mm automatic gun 2A42. Previously, similar solutions were used in world tank building, but the “Object 195” became one of the champions in relation to the caliber of paired weapons.

The T-95 had optical and thermal imaging sights, as well as a radar sighting system. With the help of the latter, the tank could find targets at any time of the day and in the presence of any interference for optics. It is assumed that the new T-14 MBT can also use radar, but there is no separate sight of this kind, like on the T-95.

According to some reports, the “195 Object” could be embedded in network structures, which made it possible to fully use the potential of the 152-mm guns. Shooting could be carried out by third-party target designation from ground reconnaissance or UAV.

Based on the available data, C. Gao draws some conclusions about the potential of the T-95 and T-14 tanks. In general, he calls the “195 Object” a more powerful and efficient model of armored vehicles that surpasses a modern car.

The advantages of the T-95 are the more powerful main and twin weapons and a different composition of sighting systems. Booking two cars is rated as similar.

However, the T-14 can also have advantages. Since the termination of work on the “195 Object”, technology has stepped forward, and all such achievements could be used to create “Armata”. There is evidence of the advantage of the T-14 in protective equipment. To counter radar and other means of the enemy, the T-14 has not only a complex of optoelectronic suppression, like the T-95. Radio equipment and various launchers are also used.

Foreign media traditionally show great interest in promising Russian armored vehicles, and even a significant lack of information does not prevent the appearance of new publications. In the case of a recent article from The National Interest, data shortages exist in the context of both of the samples under consideration.

The 195 Object was created from the late eighties to the beginning of the tenth years. To date, work has been discontinued, but much of the information about the project is still inaccessible to the general public. The current T-14 project is being developed right now, which is why the industry respects the necessary level of secrecy. As a result, we and far abroad do not have all the desired information about the T-95 and T-14. Moreover, the lack of information does not interfere with the comparison of these MBTs, even if based on fragmentary data.

Conclusions by C. Gao based on the available information can hardly be considered unambiguous. For example, he believes that the 152-mm gun provides the T-95 tank advantages over the "Armata" with the 125-mm gun. However, disputes about the optimal caliber of a promising tank gun have been going on for quite some time, and so far have not led to a definite result.

Both 125 mm and 152 mm have their pros and cons; every advantage has a disadvantage. For example, an increase in caliber leads to an increase in firepower, but drastically reduces the ammunition size, and 125-mm shells with smaller dimensions are characterized by less high characteristics. Such ambiguity led to the fact that the T-14 installed 125-mm gun, and a more powerful system is considered only for the future.

Curious evaluation of fire controls. On the one hand, the T-95 received a more developed set of devices, but on the other, the T-14 is created on the basis of modern components. The lack of necessary data does not allow us to unequivocally determine the winner in this matter.

The positive feature of the “195 Object” is the ability to integrate into the contours of command and control and exchange data with other combat vehicles, reconnaissance, command, etc. As far as we know, such opportunities are now considered mandatory for modern technology and, as a result, are present in all new models, including at "Almaty".

It must be borne in mind that a promising combat vehicle for the army should not only show high “tabular” characteristics, but also meet the requirements of the customer - technical, operational, economic, etc. The events of recent years show that the T-95 did not meet the actual wishes of the military, and according to a new technical task, they developed a completely different tank - the T-14. Accordingly, the rejection of the “195 Object” is hardly to be considered a mistake. The army had reasons for such a decision.

What exactly “Object 195” did not suit the military is not fully known. The observed differences between the T-95 and the newer T-14 may be the basis for assumptions in this area. However, they can be interpreted in different ways, including using as a reason for criticism.

Perhaps in the distant future, Russian military and designers will publish full data on promising MBT projects T-95 and T-14, which will allow for a full comparison and determine which of the vehicles was better. However, this will not happen today or tomorrow, which will contribute to the emergence of new attempts to compare equipment based on the available limited data.