Stories about weapons. A personal look at ASVK

9 September 2019
80
Good talk about any weaponswhen he personally touched his hands. Even better - when I figured it out on myself and myself in it. We were given such an opportunity, for which there is great appreciation to the press service of the ZVO, who organized the whole process and to the instructors who spent time on explanations and demonstrations.


To begin with, what is this rifle. 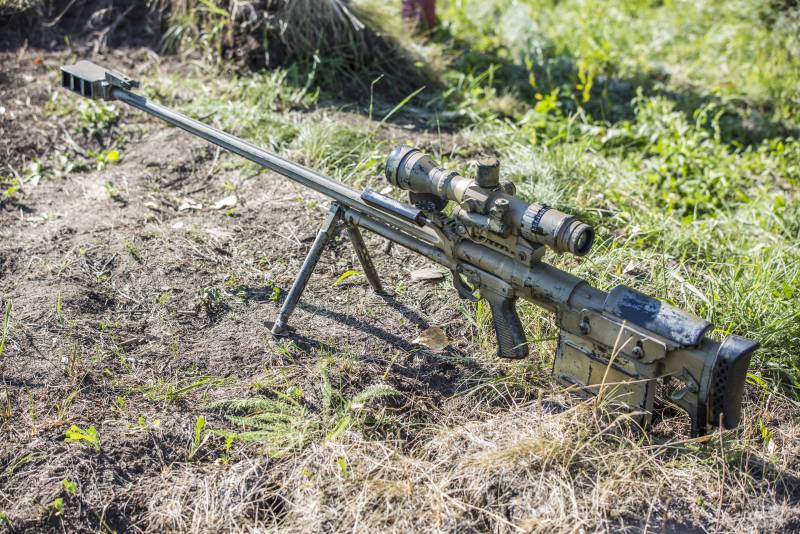 This is a large-caliber rifle with a total length of 1420 mm and a weight of 10,5 kg, with a longitudinally sliding shutter in the “bulpap” layout, with a barrel length of 1 000 mm, adopted for service in the 2016 year. 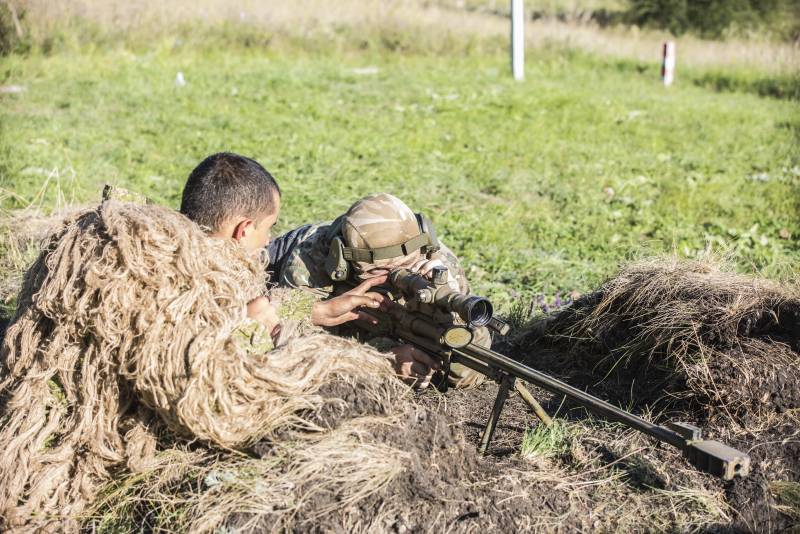 The first thing that catches your eye is the size. The rifle seems large and heavy. Although the famous "Barrett" is still bigger and heavier.

Speaking of weight. In the upgraded version of the rifle, longitudinal grooves of the barrel were made and the butt was reworked, which allowed to lose as much as 2 kg of weight from the rifle, compared to the older brother (ASVK Kord weighs 12,5 kg).

A lot or a little - two kilograms? Convert to cartridges, grenades or water when taking into account the daily "single voyage" of kilometers on the 50, and everything will become clear to you right away as a white day.

When you look at five steel cucumbers that are driven into a box-shaped store, you realize that the whole complex is designed for effective shots, not actual ones. This is not without reason, excellent pupils of sniper training are allowed for combat use. 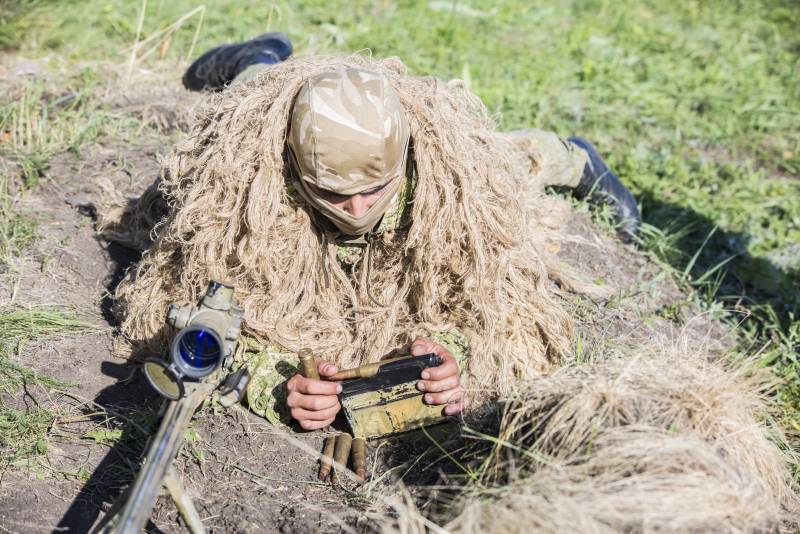 In addition, such a caliber allows not so much to engage in the extermination of enemy manpower, as the complete destruction of communications equipment and equipped firing positions. We will not particularly discuss armored vehicles, although cases of penetration of the BTR-80 in the framework of the tests are recorded. There is enough bullet energy.

Speaking of bestowal. From the outside it seems that it is colossal and after several shots the rifle necessarily injures the shooter. However, no. The specific design of the muzzle brake almost compensates for the recoil making it softer, although its peculiarity is a dust-mud trail that flies in the face of the arrow. So shooting from any coating except concrete and grass adds special effects. 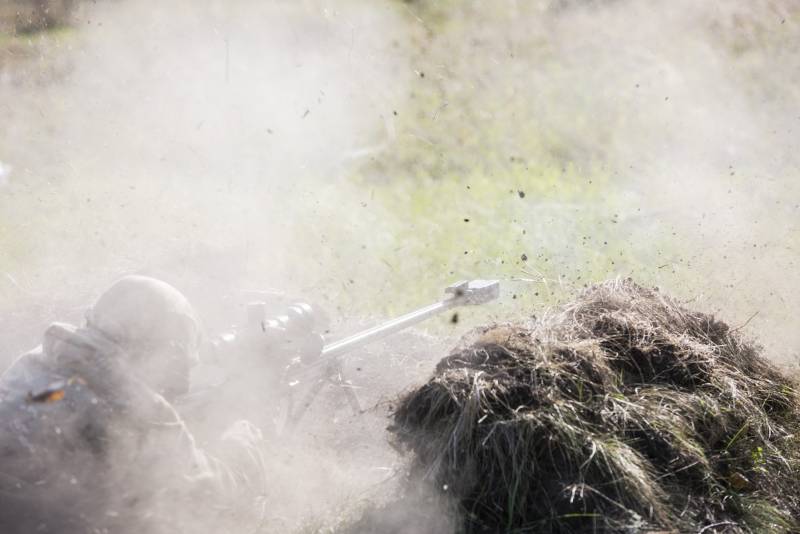 Here the equipment of the “Warrior” with glasses and a balaclava is not a show off, but a real necessity. The amount of dust, dirt, grass, branches, stunned insects that the rifle tries to throw at you into all the natural holes on your head when shooting is amazing. And the first thing those who made the first shot began to do was not to admire, but to spit.

But the return is strange. After shooting from the SVD for comparison, let's say this: SVD hits in the shoulder, and SVK stupidly pushes it like that. It is very difficult to describe this process in words, but for ICS, the return seems to be stretched out in time. A very strange feeling, especially when you expect that this PTR will now blow you away.

When you look at the shot from the side (see above for special effects), then you involuntarily expect this. But no ...

A bit about injuries. There is one secret, which if you do not know, then you can slightly damage the left hand. The trick is this: on the butt plate of the butt, a special ebb was cast under the left hand. 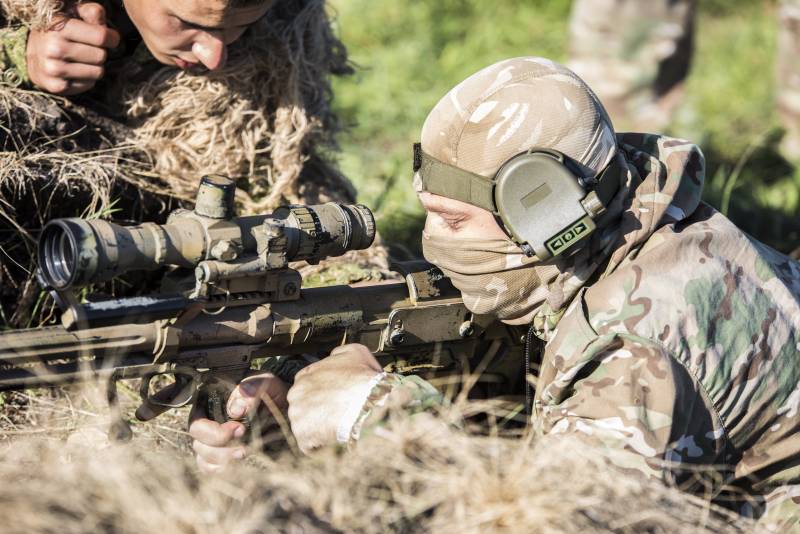 So, if you tackle this ebb incorrectly, then during the shot the lock of the store’s lock beats in the hand (hello, bulpap).

The shutter release system - there are also funny moments. Sending a cartridge to the chamber is easy. But to extract ...

It seems to be done so that in the heat of battle someone who is not offended by the heroic heroic does not open the shutter “in a bad way”. Yes, in order to remove the spent sleeve, the silushka is needed anyway, this is not AK.

So, to open the shutter on the ICS, you need to get into a special groove, which is located somewhere in the centimeter of travel from the barrel. Once hitting it, the shutter can be opened. 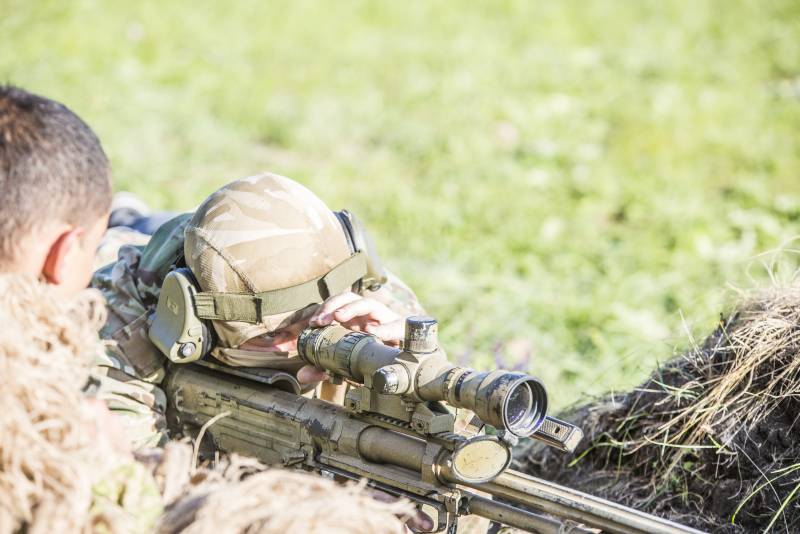 In this image, the groove is clearly visible.

Original and not for those who lose their heads. This weapon is for cold-blooded people who are in no hurry anywhere and have time for everything ...

Definitely, from this rifle you can shoot "with hands." Weight and dimensions allow. As the experts said, “situations happen different.” So the mechanical sight - and on the 200-400 meters can be planted in something. Of course, we are not talking about sniper accuracy, but ...

And, by the way, much less will fly into the face. So there are opportunities.

We have already spoken on the subject of bicalibration, so let's repeat it a little. SVD is a person at a distance of up to 800 m. Well, something there is not much booked like KUNG. ICS - it is already possible to inspire both transport and armored personnel carriers / infantry fighting vehicles, and a helicopter can really choke on such a question.

So a normal long-range army rifle is a necessary thing. And it should not be a sort of "miracle miraculous, marvelous marvelous", but ordinary. As simple as SVD.

And then in the USA for "Barrett" already on the "iPhone" there is a ballistic computer ... 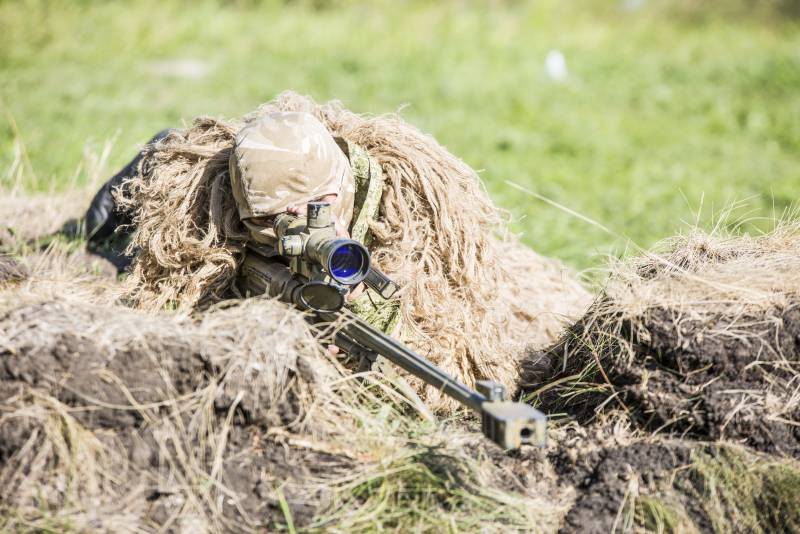 And we have? And here we have sights ...

The instructors say that everything is sad.

The 1P88-2 sight is a modified version of the first Russian pankratic (with variable magnification) Hyperon sight, which was put into service in the 1996 year. Yes, 1P88-2 is durable, airtight, not afraid of heat-cold ...

In general, it feels like the scope is behind the rifle. Especially at close range. It must be newer and more sophisticated. The rifle (and the one with the rifle) will appreciate.

A thermal imager is included. But there is no night sight. Also minus. More precisely, not a minus, but a reason to strain. Those who need it from true specialists have everything. Another question (they did not focus attention for security reasons) how this configuration occurs.

Impressions of the rifle are generally excellent: powerful, accurate. A professional tool, and he, a professional, can work at a distance of about 2000 m sighting. Retrofitting required.

Ctrl Enter
Noticed oshЫbku Highlight text and press. Ctrl + Enter
We are
Sniper fire in local warsWhat should be a modern sniper (part of 1)
80 comments
Information
Dear reader, to leave comments on the publication, you must to register.