Are there prospects for a military laser?

July 11 2019
41
Combat lasers gained fame long before scientists created the first operational samples. For a long time, science fiction writers, including the famous Russian writer Alexei Nikolaevich Tolstoy, have been playing for scientists and technical progress. His science fiction novel “The Hyperboloid of Engineer Garin” was ahead of decades of scientific progress. Today, all that science fiction writers wrote about at the beginning of the 20th century is becoming true. Lasers from weapons fantastic things are getting closer to the weapon absolutely material. But even now in 2019, the question of whether there is a real prospect for military lasers is still relevant. 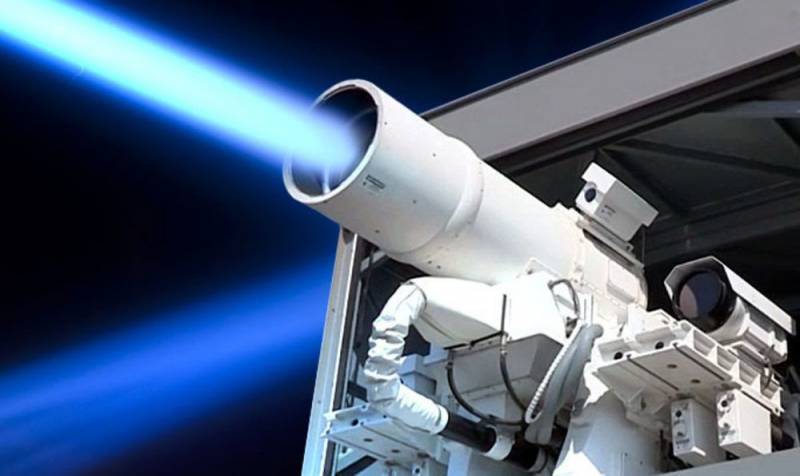 Laser weapons - the weapon of the future

The greatest successes in creating their own laser weapons today have been Russia, the United States and China. Moreover, many countries of the world have such developments, including Israel, Great Britain, Germany, France and many other states. Many military experts call laser weapons one of the most promising types of weapons that can significantly change the tactics and course of military operations in the 21st century. Some experts even agree that the offensive capabilities of laser weapons can be unlimited.

According to Alexander Mikhailov, the head of the Bureau of Military-Political Analysis, laser weapons will become a frequently used army tool, if not in the coming years, then in the medium term. Already, laser technologies are very widely used by the military of different countries for targeting guided aerial bombs and missiles, blinding optical instruments and homing heads, in active defense systems and tracking threats to various military equipment, in range finders and sights. With the development of energy carriers and technologies, the use of combat lasers will grow, with time they will be used on land, on water, in the sky and near space.

According to Russian President Vladimir Putin, in the XNUMXst century, laser weapons will determine the combat potential of the Russian armed forces: the army and fleet. This was announced by the president as part of a meeting on military topics that took place on May 17, 2019. Putin voiced the fact that until recently, combat lasers that can be effectively used on a tactical level could only be found on the pages of science fiction books, and today they already exist in practice. Also, Vladimir Putin spoke about the need for practical testing of the Russian Peresvet laser complex, noting that the modern implementation of various projects and programs in the field of laser weapons in Russia is very important. 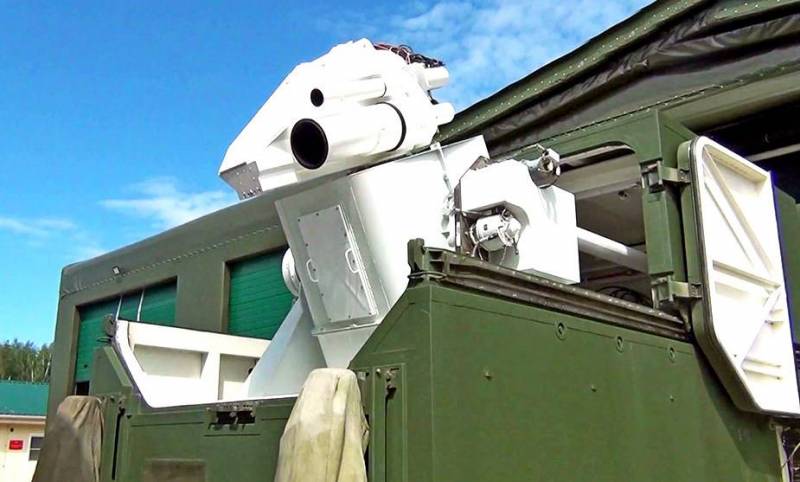 According to Alexander Mikhailov, in the future, laser weapons will open up the possibility for the military to defeat spacecraft located in the orbit of our planet and disable satellites for various purposes. Promising is the possibility of using combat lasers, as one of the damaging factors in aerial combat, this can change Aviation and expand the capabilities of its combat use.

According to Russian specialists, the help of lasers on the battlefield is a real future, and the armed forces, who will be the first to acquire full-fledged combat lasers, will provide themselves with a serious advantage. For example, in aviation, lasers can be used to effectively defend and intercept air-to-air missiles and anti-aircraft guided missiles, and aircraft will eventually become less vulnerable to enemy air defenses. In the case of aviation, as well as with ground-based military equipment, we can talk about the laser suppression of optical-electronic missile guidance systems, not necessarily about their destruction and destruction by a laser beam. Doctor of Physical and Mathematical Sciences, Professor Viktor Viktorovich Apollonov believes that the development of laser technology and laser weapons is of crucial importance, first of all, for Russia. For our country, combat lasers can be a good and effective asymmetric response to the superiority of NATO countries in the field of precision weapons and their massive use.

As simply as possible, this can be described by the fact that the more technologically advanced enemy, instead of using a huge number of pigs that fit the areas, will use single, but more expensive and accurate ammunition, hitting previously selected or detected targets. Such a principle was implemented during strikes against Yugoslavia, during hostilities in Iraq and in Afghanistan. The opposition to this can be a laser weapon, which absolutely does not make any difference what to hit: an archaic artillery or mortar shell worth a couple of hundred dollars or a missile worth hundreds of thousands of dollars. In this case, the number of high-precision ammunition on board the carrier, whether it be an airplane or a ship, is limited, and their total cost is hundreds of times higher than the cost of the most expensive shot of a laser weapon. In this regard, laser weapons are really the weapons of the future, a weapon that can change everything. 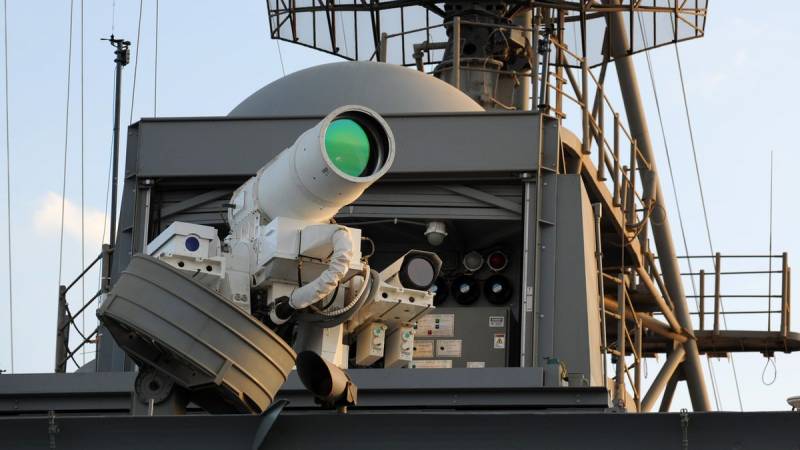 Experimental laser on board an American ship

The challenges that laser weapons face

Certainly, the laser weapon for many decades has taken a step forward. But, as before, there are nuances of using such weapons. Experts still call the main limiting factors for laser installations: weather conditions and atmospheric phenomena (snow, rain, heavy clouds, fog); heterogeneity of the Earth’s atmosphere and its scattering properties; large energy consumption of the shot; the ability to hit targets that are only in direct view (no obstacles and terrain). According to experts, the loss of intensity of the laser beam as it passes through the earth’s atmosphere can reach 80%, depending on the specific atmospheric conditions outside the window and the laser wavelength, losses occur due to scattering and absorption effects. Therefore, it is very difficult to achieve high efficiency of laser installations when operating on remote objects. It is necessary to create more powerful lasers.

In the USSR, research was actively conducted in this area, mathematical models were created, and various experiments were carried out. A great deal of attention was indeed paid to the development of laser weapons, and tests were carried out on airborne, land-based and sea-based laser systems. Moreover, in those years, space was called one of the most suitable media for the use of laser weapons. It was not by chance that in the second half of the 1980s in the USSR, the development of a unique orbital Skif laser platform, on which ideally it was planned to install a gas-dynamic laser with an output of approximately 100 kW, was carried out quite actively.

As noted in an interview with RIA News Andrei Grigoriev, who is the head of the Russian Advanced Research Foundation, developing laser weapons turned out to be much more difficult than originally thought. When work was just beginning both in the Soviet Union and in the USA they believed that a new weapon could be a solution to many problems: it does not require ammunition, it quickly reaches its goal. But as a result, everything turned out to be much more complicated. According to Grigoriev, weapons built “on new physical principles” are in fact weapons “on old physical principles” that were worked out half a century ago. According to the specialist, he does not expect any special breakthroughs in the field of creating laser weapons in the coming years. Grigoriev noted that the situation with combat lasers is somewhat similar to the program for creating a thermonuclear reactor, which many countries, including Russia, work together to create. “As soon as they start the next thermonuclear reactor program, they promise to solve all the problems in the coming 50 years, they are already solving 50 years, and 50 years are going to solve them,” the head of the Advanced Research Foundation summarized. 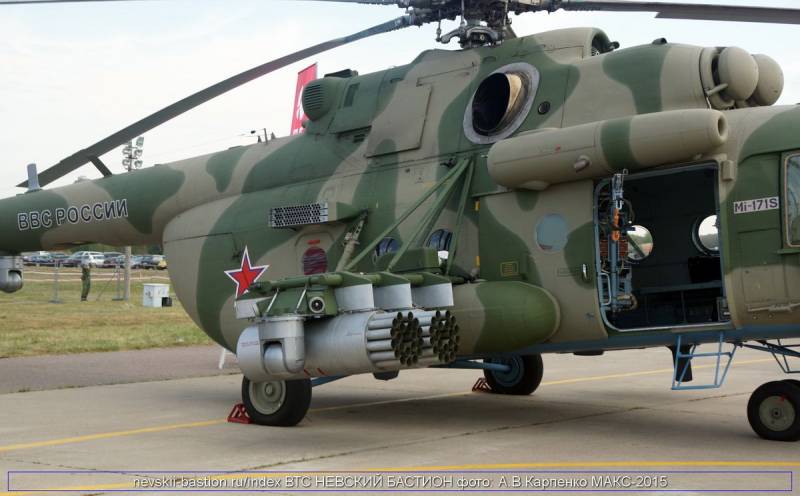 Helicopter with the established aviation complex of individual protection "Vitebsk"

True, we should not forget that any technology with which a person works does not turn into successful wands in a short period of time. Technologies that become truly breakthrough often mature very long and the process of their improvement takes decades. For example, this is what happened with aviation. Ideas to build a plane and attempts to do so were carried out throughout the second half of the 19th century, but the first flight took place only at the end of 1903, and before the planes became a formidable weapon and an effective means of transporting goods and passengers, more than a dozen years passed. It’s still premature to bury a laser weapon, who knows how soon it will make the jump that will transfer it from the category of the first Wright brothers to a formidable weapon capable of seriously influencing the outcome of battles.

Even now, laser weapons are already quite effective, although only at a tactical level. For example, in the United States, not so long ago, they successfully tested their versions of ship-based lasers, which are able to hit small drones, as well as boats. Do not forget that laser weapons in all environments can be effectively used to blind the optics and homing heads of various high-precision weapons systems. For example, this is exactly how a modern Russian on-board self-defense complex of aircraft Vitebsk works, which includes the active jamming station L-370-3С. An active jamming station blinds infrared laser radiation to the thermal homing heads of enemy missiles. It is on the principles of laser weapons that active defense systems of various military equipment, including ground-based ones, which divert ATGM, self-guided projectiles and missiles from protected objects, operate. Experts believe that the Russian military laser Peresvet adopted for service can be used exactly for the same tasks, only its power is much higher. Experts believe that the complex is able to effectively dazzle the optics of the GOS of various models of precision weapons, optical systems for target designation and fire control of armored vehicles, optics of modern reconnaissance drones. All this gives us the right to say that the laser weapon certainly has prospects. In one form or another, it has already been successfully used by the military in many countries.