India is knocking on the doors of the club space superpowers

April 1 2019
13
27 March 2019, the official leadership of India announced that the country had successfully tested an anti-satellite missile. Thus, India is strengthening its position in the club of space superpowers. After successfully hitting the satellite, India became the fourth country in the world after the United States, Russia and China, which has anti-satellite weapons and previously conducted his successful tests.


Up to this point, the Indian space program has developed exclusively in a peaceful manner. The main achievements of the Indian space program include the launch of an artificial satellite of the Earth in 1980 on its own. The first Indian cosmonaut got into space on the Soviet ship "Soyuz-T11", it happened in 1984 year. Starting from 2001, India is one of the few countries that independently launch their communications satellites; from 2007, India has independently launched launches of vehicles returned to Earth, and the country is also represented on the international market of space launches. In October, 2008, India successfully launched the first own lunar probe, designated as Chandrayaan-1, and successfully worked in the orbit of an artificial Earth satellite 312 for days.

India’s interests now also affect deep space. For example, 5 November, 2013, the successful launch of the Indian interplanetary automatic station "Mangalyan". The device was intended for the study of Mars. The station successfully entered the orbit of the red planet 24 September 2014 of the year and began work. The very first attempt to send an automatic spacecraft to Mars ended for the Indian space program as successfully as possible, which already indicates the ambitions and capabilities of New Delhi in the field of space exploration and exploration. The interplanetary automatic station to Mars was launched by a four-stage Indian-made rocket PSLV-XL. In the near future, the Indian space program plans to launch manned flights. India plans to launch the first manned space launch as early as 2021. 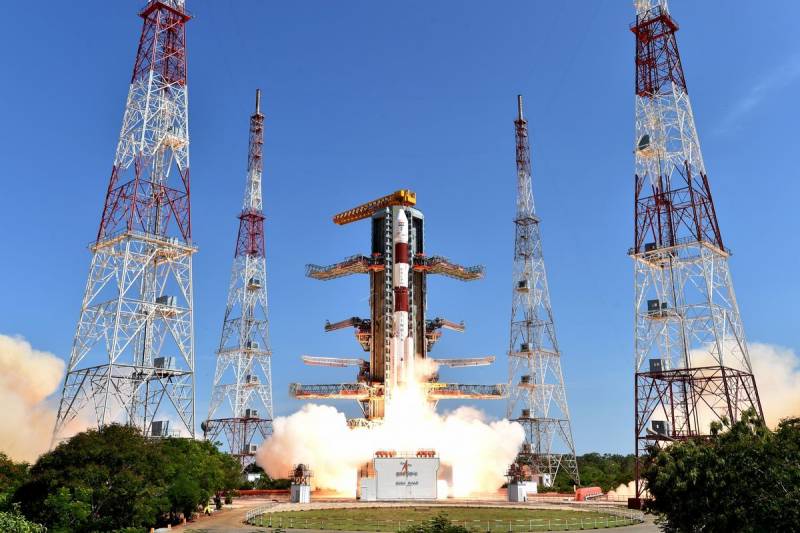 In the light of the fairly successful development of the space program, it is not surprising that the Indian military managed to get their hands on a rocket capable of shooting down satellites located in Earth orbit. China, which is also actively developing its own space program, carried out similar successful trials in January 2007. The first anti-satellite weapons tested by the Americans were still in 1959. The development of anti-satellite weapons in the United States was conducted in response to the launch of the first Soviet satellite. The US military and the townsfolk assumed that the Russians would be able to place atomic bombs on satellites, so they developed the means to fight the new “threat”. In the USSR, with the creation of their own anti-satellite weapons, they were not particularly in a hurry, since the real danger for the country began to manifest itself only after the Americans managed to bring a sufficient number of their own spy satellite to the earth orbit. The answer to this was the successful anti-satellite missile tests that the Soviet Union conducted at the end of the 1960s.

It should be noted that representatives of the leadership of the Defense Research and Development Organization of India spoke back in February of the 2010 of the year about the fact that the country has modern technologies that can confidently hit satellites in orbit. Then a statement was made that India has all the necessary parts for the successful destruction of enemy satellites located in both near-earth and polar orbits. The path from words to business took Delhi nine years. 27 March 2019 on the successful testing of anti-satellite weapons in addressing the nation said the current Indian Prime Minister Narendra Modi.

The success of the Indian anti-satellite missile tests the next day was confirmed by the US military. Representatives of the 18-th squadron of space control of the US Air Force stated that they had recorded more than 250 debris in the low Earth orbit that had formed after testing an Indian anti-satellite weapon. This squadron of the US Air Force specializes directly in the control of outer space. Later, Patrick Shanahan, currently the head of the Pentagon, said he was concerned about the testing and use of anti-satellite weapons by various countries. Among other things, the head of the US defense department highlighted the problem with the formation of additional space debris after such tests, such debris could pose a threat to operational satellites. In turn, the Russian Foreign Ministry 28 March 2019, commented on the Indian tests of anti-satellite weapons in the way that they are the response of other countries to the implementation of US plans to place weapons in space, as well as building up a global missile defense system. 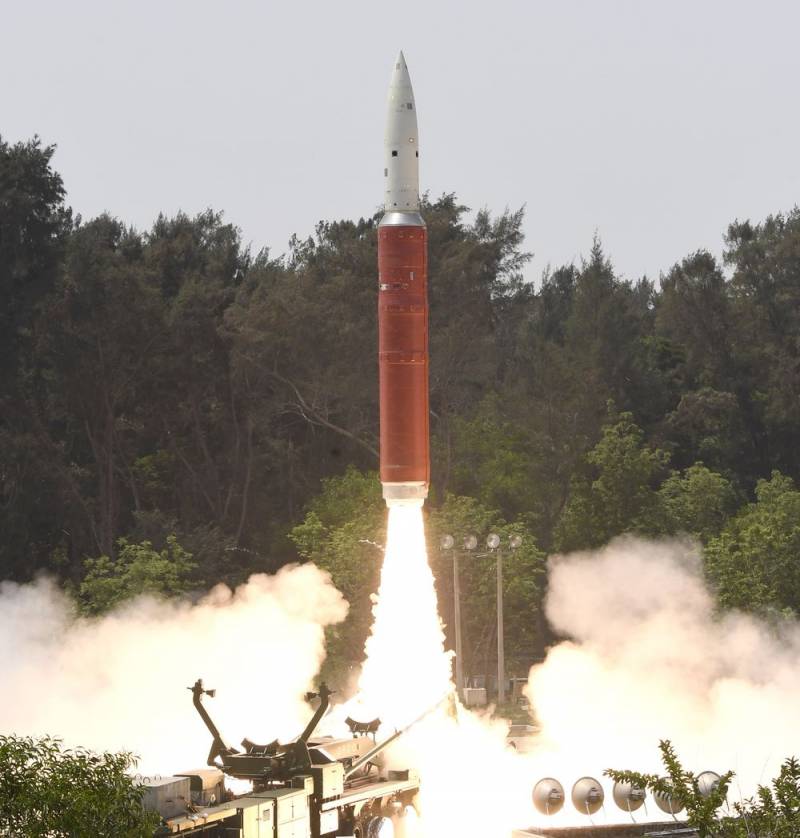 Launch of the Indian anti-satellite rocket A-SAT, photo: Ministry of Defense of India

At the same time, the Indian side says that it tried to carry out the tests with the highest possible level of precaution. The satellite was hit by a rocket at a comparatively low orbit in 300 kilometers, which should be the reason for the short life span of most of the debris formed. Approximately 95 percent of the resulting debris, according to Indian experts, will burn in the dense atmosphere of our planet over the next year or a maximum of two years. At the same time, experts say that the fragments and fragments remaining in orbit will pose a certain threat to the spacecraft already launched, since they are in fairly random orbits after the explosion.

In turn, in the 2007 year, the People's Republic of China shot down their own meteorological satellite at a much higher altitude — about 865 kilometers. At one time, Nikolay Ivanov, who is in charge of the main ballistics of the Russian TsUP, complained that it was extremely difficult to track the smallest fragments into which the affected satellite flies. The main ballistic of the Russian Mission Control Center after the Chinese anti-satellite missile tests in 2007 recalled that only objects with a diameter larger than 10 were tracked. But even the smallest particles differ in truly enormous energy, representing a threat to many spacecraft. For clarity, he explained that any object that does not exceed a chicken egg, moving at a speed of 8-10 km / s, has exactly the same energy as a loaded KamAZ truck moving on a highway at a speed of 50 km / h .

The fact that it was the Indian anti-satellite rocket today is virtually unknown. The development does not take place under any known name and is still denoted by the standard abbreviation A-SAT (short for Anti-Satellite), which is used worldwide to refer to missiles of this class. The Indian Prime Minister’s comment on successful trials was accompanied by a small presentation using 3D graphics. These materials are currently the only source of information about the new rocket. According to the presented materials, it can be said that India has successfully tested a three-stage anti-satellite rocket, which uses a kinetic attack element to destroy the satellites (it acts on the target with a strike). Also from the words of Narendra Modi, it is known that the satellite, located on a low near-earth orbit, at an altitude of 300 kilometers was hit by a rocket. The Prime Minister, on duty, called the tested rocket a high-tech and high-precision weapon, stating quite obvious things. 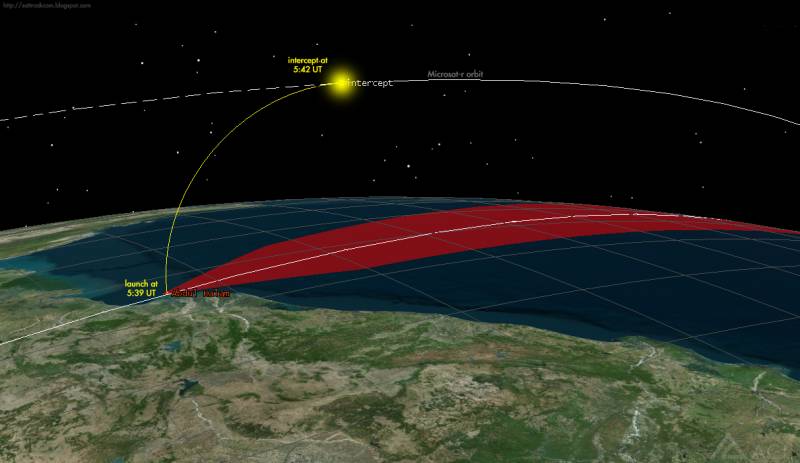 Approximate scheme of satellite destruction, from the moment of launching a rocket to the destruction of a satellite, 3 minutes passed, interception at an altitude of ~ 283,5 km and a range ~ 450 km from the launch site

The video shown by the Indian side shows all the stages of the flight of an anti-satellite rocket that received a kinetic warhead. The video consistently demonstrates the flight: the moment of pointing to the satellite by ground-based radars; the release of the rocket at the expense of the first steps to the required trajectory of transatmospheric interception; launch its own radar kinetic warheads; the process of maneuvering the warhead in order to destroy the satellite; the moment of the meeting of the kinetic warhead with the satellite and the subsequent explosion. It should be noted here that the technology of destruction of an orbital satellite itself is not a super-complex task in its computational part. In practice, almost 100 percent of all orbits of near-Earth satellites are already known, these data are obtained during the observation process. After this, the task of defeating satellites is a task from the field of algebra and geometry.

This is true for inert satellites that do not have modules on board to adjust their own orbit. If the satellite will use orbital engines to change the orbit and maneuver, the task is seriously complicated. Such a satellite can always be saved by giving the appropriate commands to the orbit correction from the earth after the launch of the enemy’s anti-satellite missiles is detected. And here the main problem lies in the fact that today there are very few satellites that could perform an evasion maneuver. Most of the modern military spacecraft launched into Earth orbit can be shot down by already created and tested anti-satellite missiles. Given this, India’s successful tests of such a rocket demonstrate that the country is indeed ready to conduct a war in space at the present level of development of technology and technology. At the same time, it is already possible to say that such tests and the expansion of the number of countries with their own anti-satellite weapons are launching the eternal opposition of “armor and projectile”, but already adjusted to near space.

We are in Yandex Zen
Space intelligence.Soviet and Russian spy satellites
Space systems of the US military communications: analysis of the state and development
13 comments
Information
Dear reader, to leave comments on the publication, you must to register.