21 2012 June
46
7.06.2012 of the year, on the Internet resource "sakhalinmedia.ru" there was information about the receipt of the Sakhalin riot police, which is on a business trip in the North Caucasus, one copy of the Bulat armored vehicle. The fact of the transfer of technology was noted in the press release of the Ministry of Internal Affairs of the Russian Federation in the Sakhalin region, which reported on a working visit of 01.06.2012 of the year, heads of the Sakhalin Department of the Ministry of Internal Affairs to the temporary deployment of their police officers in the North Caucasus, and their transfer to Bulat’s armored car the amount of one instance. The bosses of the Sakhalin police department arrived in Mozdok (the city of the Republic of North Ossetia), where in a solemn ceremony they handed in a registration (number) sign to the armored vehicle to the commander of the Sakhalin riot police. After that, according to tradition, a bottle of champagne was broken on the car’s body and Bulat got into service of the Sakhalin OMON combat vehicles. 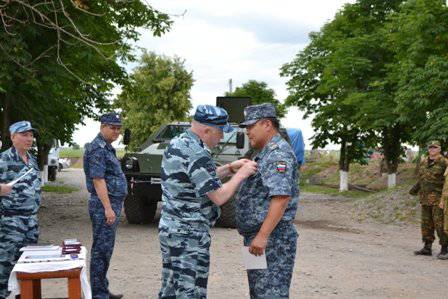 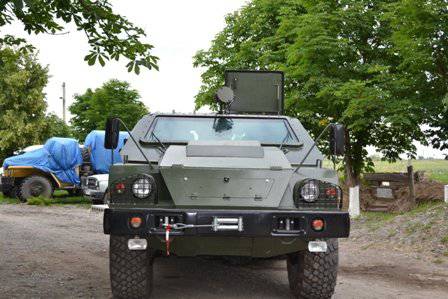 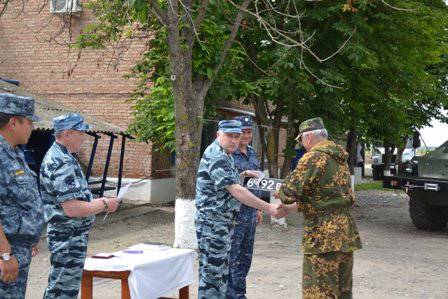 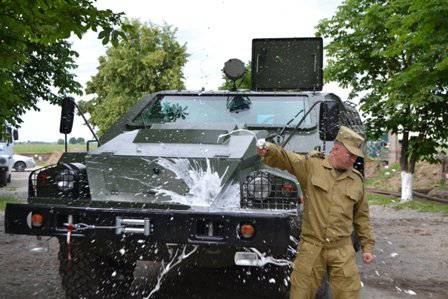 BM “Bulat” was created on the basis of 3-x axle KAMAZ with wheel formula 6 х6. The developer is the Fryazinov Scientific-Production Association Zashchita, which are the business partner of KAMAZ OJSC. The armored protection of the new machine is declared in class 6А, which will withstand aimed fire from any kinds of small weapons. The company's distinctive feature of an armored car is the armored capsule of the assault unit, which houses the personnel of the special forces, developed by the Russian designers of the NGO “Protection”. The armored capsule is made with the use of anti-explosion materials with an anti-explosion device installed. According to available information, the capsule will withstand the blasting of an explosive device in the TNT equivalent of 20 kilogram. The car weighs about 10500 kilograms and has a maximum speed of movement up to 120 km / h. According to the results of closed tests, which take place in the winter on the territory of Sakhalin, the armored car showed excellent mobility and the ability to overcome various barriers at a high level. 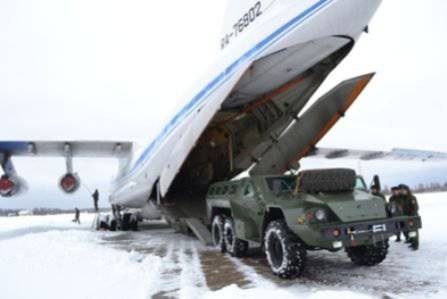 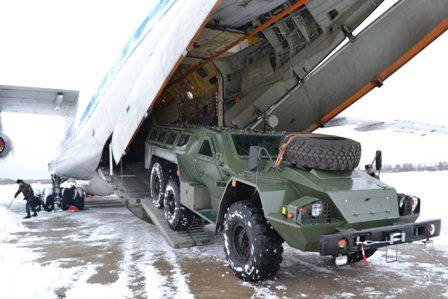 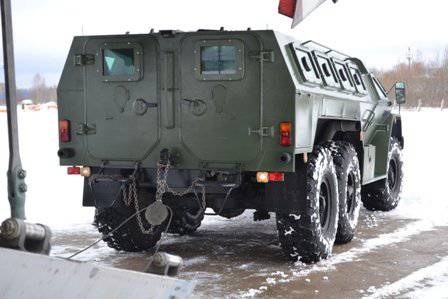 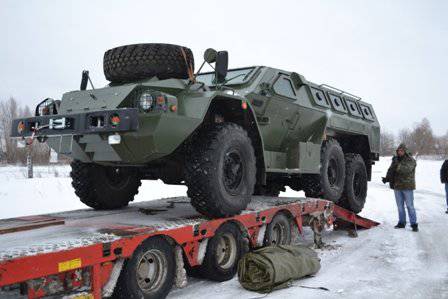 This is another armored vehicle developed by Zashchita Corporation, which gained wide popularity due to its armored vehicles of the Scorpion series, and the booking of domestic and foreign civilian cars. About the development of the Bulat armored car, the developers had practically never reported before, possibly because Zashchita had recently joined the development of armored vehicles based on KAMAZ - Shot / Patrol. The data of the armored vehicle, after the demonstration by KAMAZ together with the Urals, of the modular armored vehicle "Typhoon", faded into the background and further work on them is carried out very slowly. It seems that BM “Bulat” is an attempt to give these machines a second chance, by upgrading them to the “MRAP” standard. Outwardly, the Bulat armored vehicle is similar to the Shot armored car and the BTR-40 and BTR-152. The given characteristics of the new car make you think about the improbability of the characteristics of the mine protection, because even if the armored module withstands the undermining of 20-kilograms of TNT, then the Bulat 10-ton will also turn over the personnel in the module will definitely suffer, if not perish.