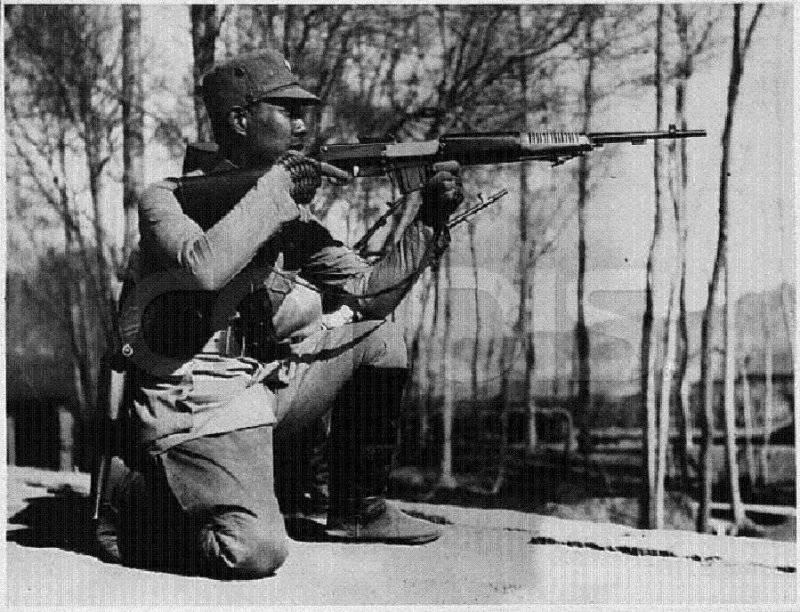 At the end of 20's, designer E. Holek worked on the creation of a self-loading rifle at the Czechoslovak Ceska Zbroevka plant. It is named after the first letters of the plant and the name of the designer ZH-29. For the first time, rifles began to be produced in the 1929 year.

This weapon It was developed specifically for ammunition 7.92x57 Mauser for the main customer - China. The serial production of the rifle was adjusted to the 1939 year. There were attempts to use a rifle for different types of ammunition from different countries, but no orders for a rifle were received from anyone. During the occupation of Czechoslovakia by German troops, the release of weapons was stopped.

The main reasons why the rifle was not widely used - is the difficulty of manufacture and the high price of one instance compared to other similar rifles. In addition, the rifle was sensitive to contamination and unreliable when used in unusual conditions. 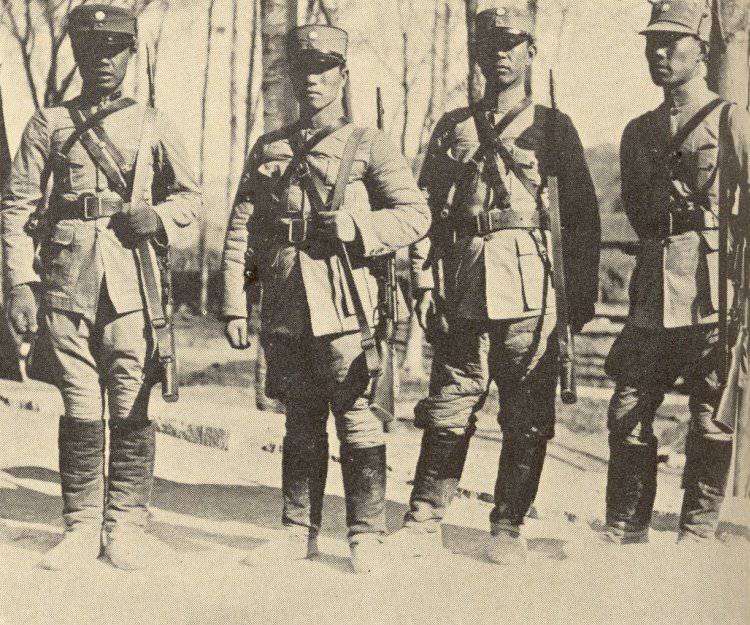 The rifle uses automation with a gas outlet into the cylinder located under the barrel. The barrel is locked by the lateral bias of the shutter, for the notch of the trunk box. In addition to the self-loading type, the ZH-29 automatic rifles were also produced at the Czechoslovak plant, which could fire in small bursts. The ammunition was supplied from detachable box-type stores with various capacities. Shops could be recharged from the clips when the rifle bolt was in the open position. The rifle mechanism had a slide lag, which stopped the bolt when the cartridges were used up from the magazine, in the open state. The removal of this state was carried out by pressing the hook, the next pressing on which led to the production of a shot.

The peculiarity of the Czechoslovak rifle is the presence of a ribbed aluminum radiator, which is located on the gun barrel in front of the forearm. The rifle was made open adjustable sight and tide to install the bayonet.

Design and device ZH-29
The self-loading rifle type ZH-29 is in the series of automatic weapons, where the automation is made according to the principle of exhaust gases through the hole in the barrel wall. The rifle itself consists of:
- trunk;
- receiver;
- shutter;
- shutter frame;
- butt;
- the trigger box;
- trigger mechanism;
- handguards;
- radiator;
- box store.

The barrel is screwed onto the receiver with a thread. The barrel has a connection with the forearm (which consists of 2's wooden cheeks and a metal tube), a barrel tube with a gas chamber, a front sight bed and a bayonet tide. In the chamber of gases, a regulator is installed to regulate the discharge of gases. Top mounted on the receiver sight scope performance. The mane on the sighting bar, made a separate part, is attached to the bar at the back. It moves back and forth on it and provides for the introduction of lateral corrections using a micrometric screw. On the left side of the trunk box to the wall is attached liner stop shutter, at the bottom of the wall attached latch detachable store. The shutter bears on itself an ejector, reflectors and a drummer with their springs. The bolt frame is designed as a bolt cover, in front it is slightly enlarged, which forms a piston rod. The handle is made on the right side of the slide frame. The recoil spring is made in the tube of the butt channel, its front part with the pusher is placed in the groove of the trunk box. The trigger box carries two mechanisms - trigger and impact. Kurkova UM consists of:
- The trigger, which, besides the main function, plays the role of a slide delay;
- fighting springs;
- drummer and spring, which is located in the skeleton of the shutter.

The fuse has a flag execution, the front position of which locks the trigger. The detachable box-type magazine has a chess arrangement of ammunition. The feeder consists of a leaf spring and a feeder. When conducting hand-to-hand combat, the bladed bayonet, worn previously in a belt case, is worn on the rifle tide.