A colorful parade of "Drying": what is wrong with the supply of new technology Air Force?


There is one thing that really makes Russia and Ukraine related. This is the almost complete absence of any reasonable unification of equipment in the armed forces. It must be assumed that it does not make sense to explain in detail why the uniformity of military equipment that performs the same tasks is of key importance. And if during exercises, difficulties with unification can simply cause unnecessary trouble, in a war such problems risk turning into a real catastrophe. There are a lot of examples.

With Ukraine, everything is more or less clear: the leadership is simply trying to squeeze the most out of what remains of the motley fleet of Soviet technology. Something more or less on the go, and something has long been scrap metal. A similar picture can be seen in the case of Russian ships fleet: even now, in spite of the rearmament attempts, the base of the fleet is military units, which were inherited from the USSR A vivid example: despite the supplies of the first Boreevs, now the basis of the marine component of the Russian nuclear triad is various representatives of the Project 667 submarine family, located at the junction of the second and third generations of nuclear submarines. So there is no particular choice.

Separately, it is worth remembering about the ground forces, which got thousands of different Soviet tanks plus what was produced in the post-Soviet years. Now the basis of all this monstrous park seems to have decided to make the T-72B3 model 2016. We can say, noticeable progress. In any case, this is better than building from scratch the T-90, which are purely conceptually not much different from the 72s. And it’s better than to always rely on the expensive and raw "Armata". It seems that there is simply no money for it.

It is quite another thing - the massive supply of Russian aircraft of the new build. This is an expensive program designed for many years, designed to provide the VCS with all necessary. So attention to the supply of new aircraft has always been riveted very close. As we know, the military bought a huge number of completely different machines: Su-35С, Su-30СМ, Su-34, Su-30М2, Su-27СМ3. And there is the MiG-29SMT and a whole fleet of old Soviet aircraft of various versions and years of release. And this is perhaps a completely unique example, which, with all the desire, you will not meet in any other country of the world. However, first things first. 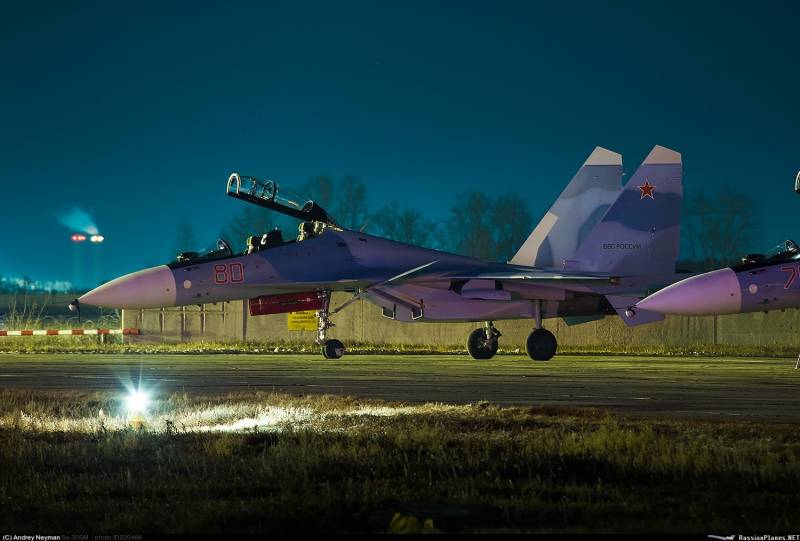 Let's see how these issues are resolved in the West. It does not make sense to describe in detail the processes that take place in the American or European Air Force. The enormous cost of new machines forced almost completely to abandon the development of new heavy attack aircraft, interceptors and bombers. But this is only the tip of the iceberg. De facto, the leading countries of the world have chosen for their Air Force a concept similar to the concept of a main battle tank in the ground forces. So, in the future, the F-35 fighter will become a single combat aviation tactical strike complex of the United States and some of its allies. With some interspersed old cars that will live out their lives on a safety net. And, of course, UAV.

It can be argued that based on the F-35 built as many as three different aircraft: F-35A, F-35B and F-35C. However, the unification of the components of these options reaches 90 percent. Suffice it to say that all of these aircraft have one radar station with an active phased antenna array AN / APG-81. The fighters received unified electro-optical systems, omnidirectional infrared cameras, radio-electronic jamming stations, helmet-mounted target designation systems and much more. Some of the differences in power plant design are mainly due to the vertical landing requirements for the F-35B. It is believed that the Americans even overdid it with unification, making the F-35A and F-35C "limited" machines, the capabilities of which were partially sacrificed due to the requirements for the F-35B. But this is just the opinion of some aviation enthusiasts. And the US military has its own view on this. 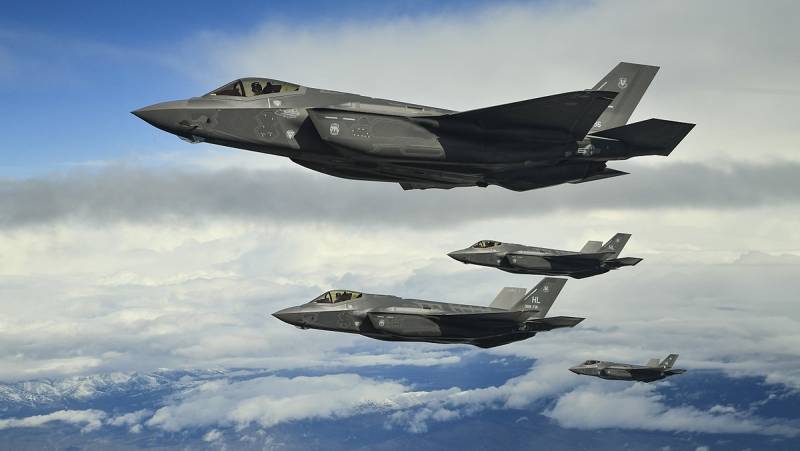 With the world in a thread

We now turn to the Russian Air Force. Surprisingly, the super-economic “modernization” of the Su-27 to the level of the Su-27CM raises the least of all questions. Yes, the car did not become much more efficient, but it can be said, a necessary measure for far from new aircraft in conditions of chronic lack of funds. In addition, Su-27CM and Su-27СМ3 have a lot in common, which also makes the program far from meaningless.

There are many more questions already raised by the aircraft of the new construction: Su-35С, Su-30СМ, Su-30М2, MiG-29СМТ, MiG-35 (in the future) and, of course, Su-34. In fact, the functions of all these machines can be performed by one plane: for example, the conventional Su-35 (U) BM, having a single and double version. There is a point of view that the Su-34 has some of the makings of a long-range bomber: almost a replacement for the Tu-22М3. But this is absurd, because the 34 combat radius is 1100 km, which is comparable or even less than that of the Su-27. The increased mass of the car makes itself felt, so that its radius can be seriously increased only with the use of a PTB or refueling in the air. Which, again, is available to all modern fighter-bombers.

But this is all the details. What is the main problem with the supply of aircraft? Purely formally, the above machines are built on two bases: MiG-29 and Su-27. However, in practice these are completely different complexes, between which there is almost nothing in common except the name of the brands: “MiG” and “Su”. The most unpleasant thing is a fundamentally different set of avionics. Recall that the Su-30CM has the H011M Bars radar well-known to many, and the Su-35С is equipped with the Irbis H035 radar. In turn, the Su-34 has a W-141 radar, and the Su-30М2 received a H001B radar, which differs little from the equipment installed on the Su-27 / CM. At least one plus, however, it is already hopelessly outdated. 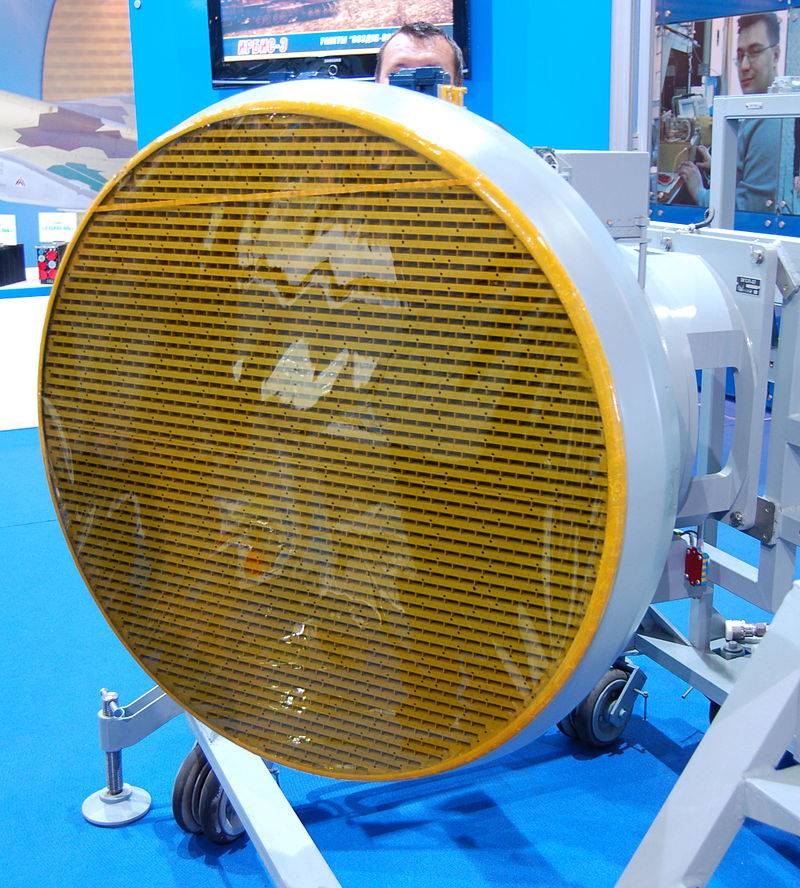 Surprisingly, with the engines that official propaganda likes to be proud of, the situation is exactly the same. The above machines have different engines that are not interchangeable, although they are made using the same technological base (which, again, cannot be called strange). It is also quite symbolic that the rather heavy Su-34 fighter-bomber is equipped with the “modest” AL-31F-М1, while the single-seat Su-35С received the AL-41Ф1С advanced by Russian standards. But this, as they say, is details. And the requirements for a fighter and a front bomber are different.

Only good news here you can read the recent application submitted in the work submitted by the Ufa Engine Industrial Association (UDC-UMPO) to the competition "Aircraft Builder of the Year." The point is that in the future, the Su-30CM should get the same engine as the Su-35. That is, the above-mentioned AL-41F1C. Now the relevant development work is jointly conducted by Sukhoi, UDC-UMPO and Irkut Corporation. When exactly Su-30CM will receive a new engine is not clear. 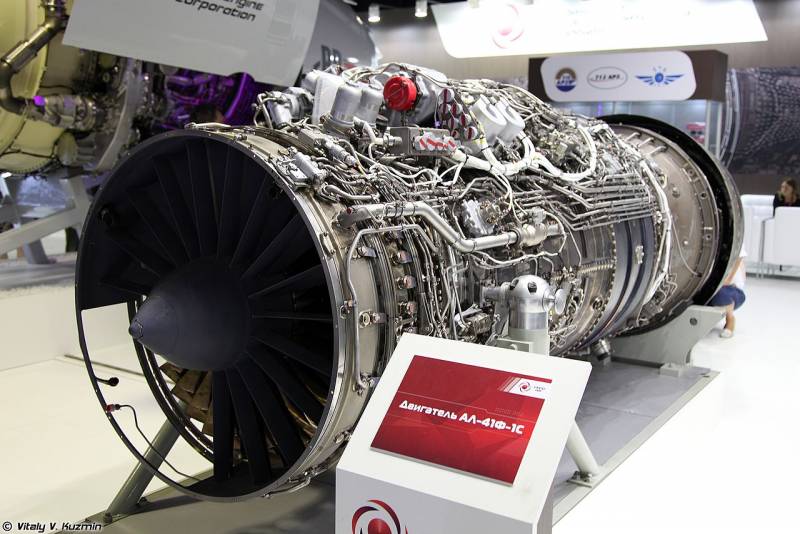 The first thing that the Ministry of Defense can do in a difficult situation that has developed is to completely (or almost completely) reject the MiG-35. It is completely unnecessary in the current conditions of the machine, which will make the operation of aircraft even more difficult, at the same time without bringing the Air Force practical benefits. Do not forget that the year 2018 is in the yard: the era of the fifth generation fighters has begun. Under these conditions, the “Beetle” radar station, to put it mildly, will surprise no one. Exactly, like a number of other features of 35.

Perhaps, it is much better to send money for further purchases of a single aircraft. From among those already in service. Say Su-35 and its hypothetical double version. Now it is the most powerful fighter of the VKS RF, which probably surpasses the Su-30CM (especially the Su-30М2) in a number of characteristics, including the target detection range with a small EPR.

The situation that has developed in RSK MiG is a completely different matter and now we will not discuss it. But in general, when the entire aircraft manufacturing industry lined up for a handout from the state - this is a bad sign. Airplanes should be in demand on the world market, and if they are not bought, it means that these are not such good planes. Or there is simply no infrastructure for operation (which, in principle, is the same in the current realities). 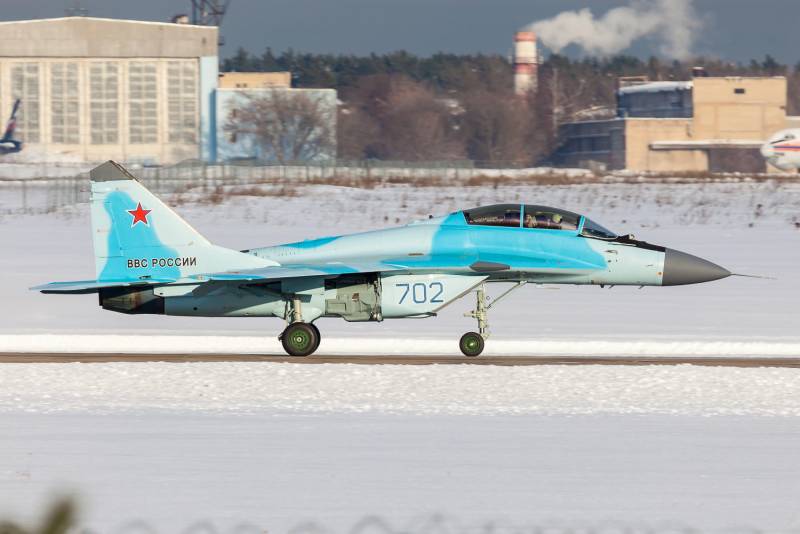 The real replacement for the old Soviet and new Russian combat aircraft could be the Su-57. However, the assessment of its combat potential is completely impossible in the present circumstances, when the machine exists only as a prototype, and we probably never will ever know the effective dispersion area (roughly speaking, the degree of stealth). Earlier, we recall, it became known that the mass production of the machine was moved approximately to the end of 2020-x - approximately 2027-28 years. That is, when (and if) will bring to mind the engine of the second stage and eliminate the main "childhood diseases", which, as you know, almost always accompany the complex new military equipment.