Armored train Part of 4. And what is not a military unit?

November 4, 2018
43
The interest of readers to the subject of armored trains simply obliged the authors to significantly expand the range of issues related to this, we are not afraid of this word, the railway complex. And today we will talk about the unarmored component. About those for whom the battle was not only on the front lines, but also in the near rear. About those who ensured the autonomy of an armored train, and not only. In short, we will focus on the base of an armored train. 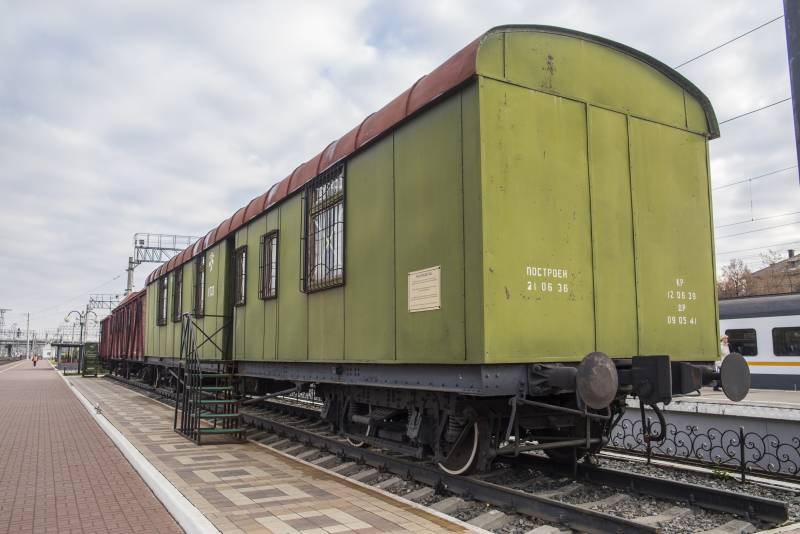 Any train, as we have repeatedly written, is primarily a train. And like any composition, an armored train consists of many different platforms and cars. This diversity is caused not only by the tasks that the armored train performs, but also by the possibilities of the railway itself, as well as simply by the requirements of the time.

The armored train often worked autonomously. Not so far away, it would be right to say - at a certain distance. From warehouses, repair shops, garrisons and hospitals.

In fact, the armored train was a garrison. Only mobile. Changing the location depending on the needs of the front.

That is why, as in any garrison, the trains had not only their own ammunition depots, but also clubs, bakeries, hospitals, workshops and even "hotels" for relaxing calculations and transporting passengers (paratroopers).

Again: there were no two identical bases of armored trains. Each base had its own "zest".

We have no opportunity to tell about all the bases. First of all, because there is no documentary evidence for the majority of BP on the composition of these bases. Therefore, the story today will be about the components of the armored train, which were the main ones.

And we should start with the platform, which, for some reason, even visitors to museums pay little attention to, not to mention specialists. Platform, which, although it belongs to the base, but fully participates in all combat operations of the BP. 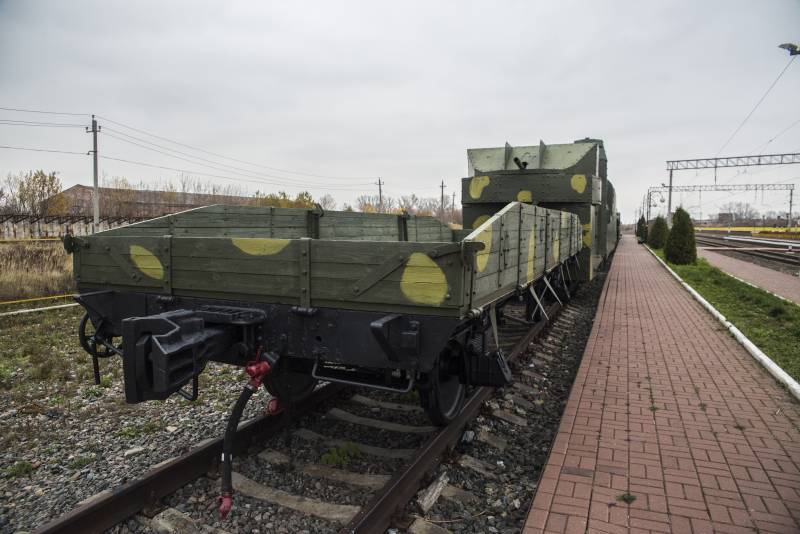 This platform is referred to differently. Covering platform, control platform and even landing platform. The armored train is usually equipped with four, less often two such platforms. And they are located in front and behind the composition. 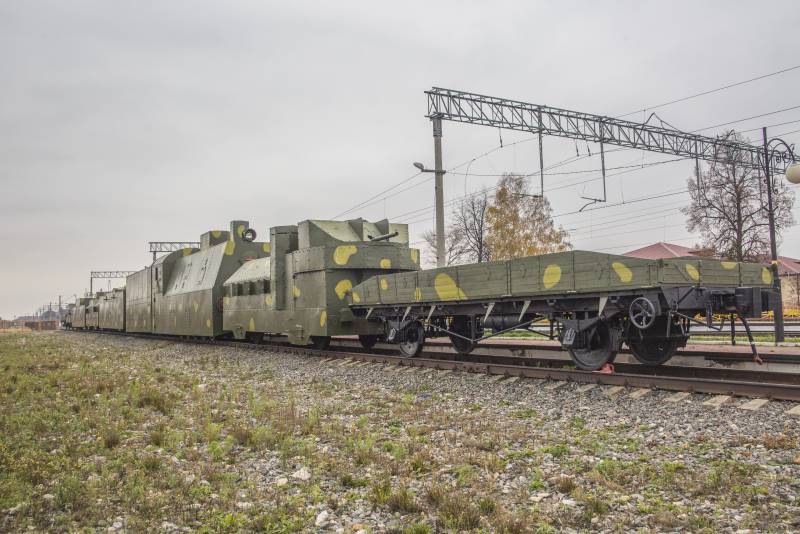 Most often, these platforms are completely not protected from enemy fire. Although there were armored platforms. However, the most widely received armored reservation. Just because the branding could be carried out very easily and quickly by the forces of the train crew or the landing force.

What is branding? Yes elementary sandbags around the perimeter of the platform. Cheap and angry, as they say. For example: 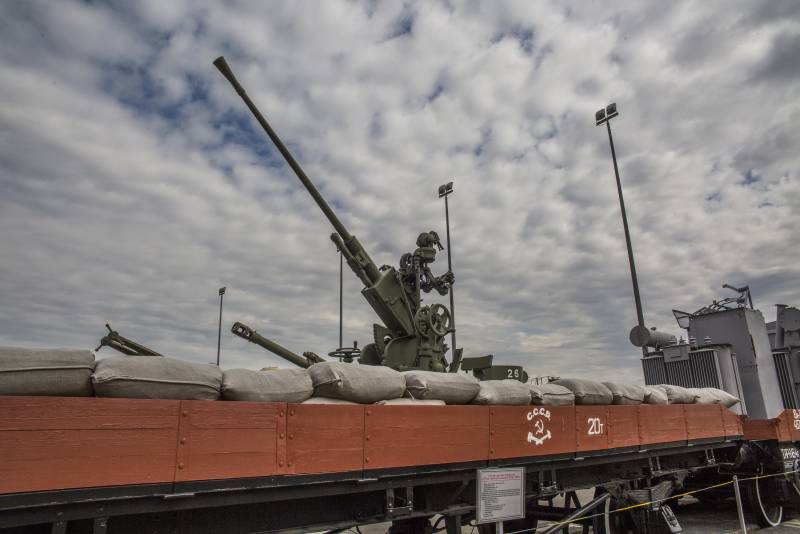 And here is another nuance. Sand could well be useful in repairing damaged paths. In particular, for backfilling the inevitable craters formed during the explosion of a projectile, a bomb, a mine ...

Attentive readers have repeatedly stressed the similarity of an armored train with a warship. Add another argument to the supporters of this point of view. Very often the observer was located on the second platform. The one looking forward!

The task of control platforms is simple. Respond to the enemy's mine and take a hit, designed for combat platforms and wagons.

In addition, the platform was needed for the transport of sleepers, rails and all that was needed to repair crews BP. Sometimes platforms were used as places for transporting retreating or advancing assault units, or wounded soldiers.

Now about the "house" of an armored train, where it returns after the next combat operation. The base of the armored train was left at the nearest station, stage or in another convenient place. What automatically made this place the center of the military garrison.

The main "building" of the garrison was the headquarters. In this particular case - the staff car. The carriage was really staff. Virtually all the necessary for the work of the headquarters, most often the division of the BP, the components were. From radio stations, telegraph and autonomous power supply, to household amenities. Usually, a staff carriage did not differ in appearance from a regular passenger carriage. 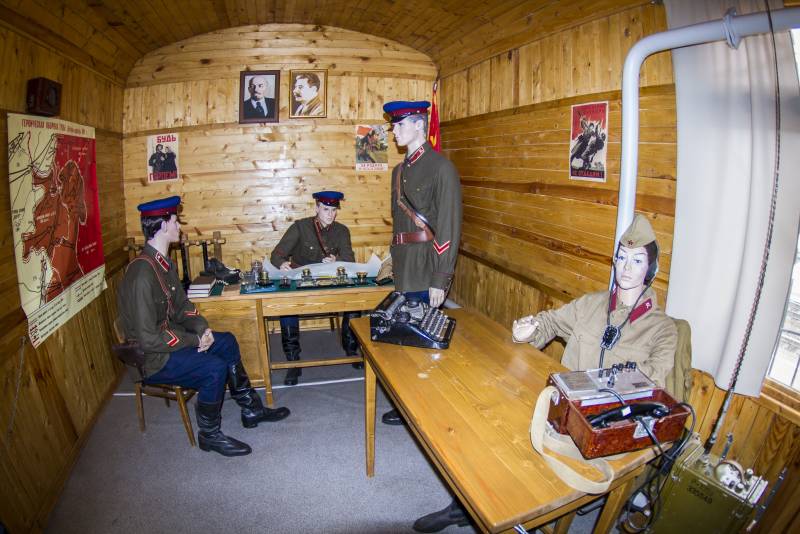 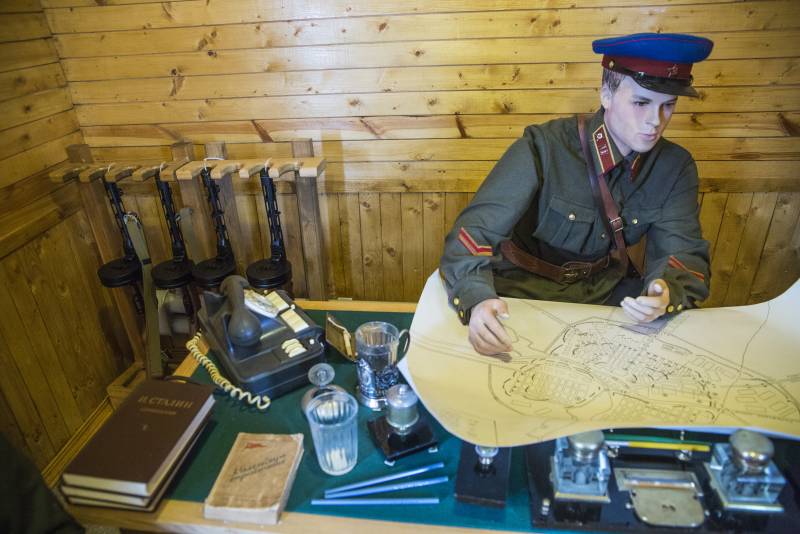 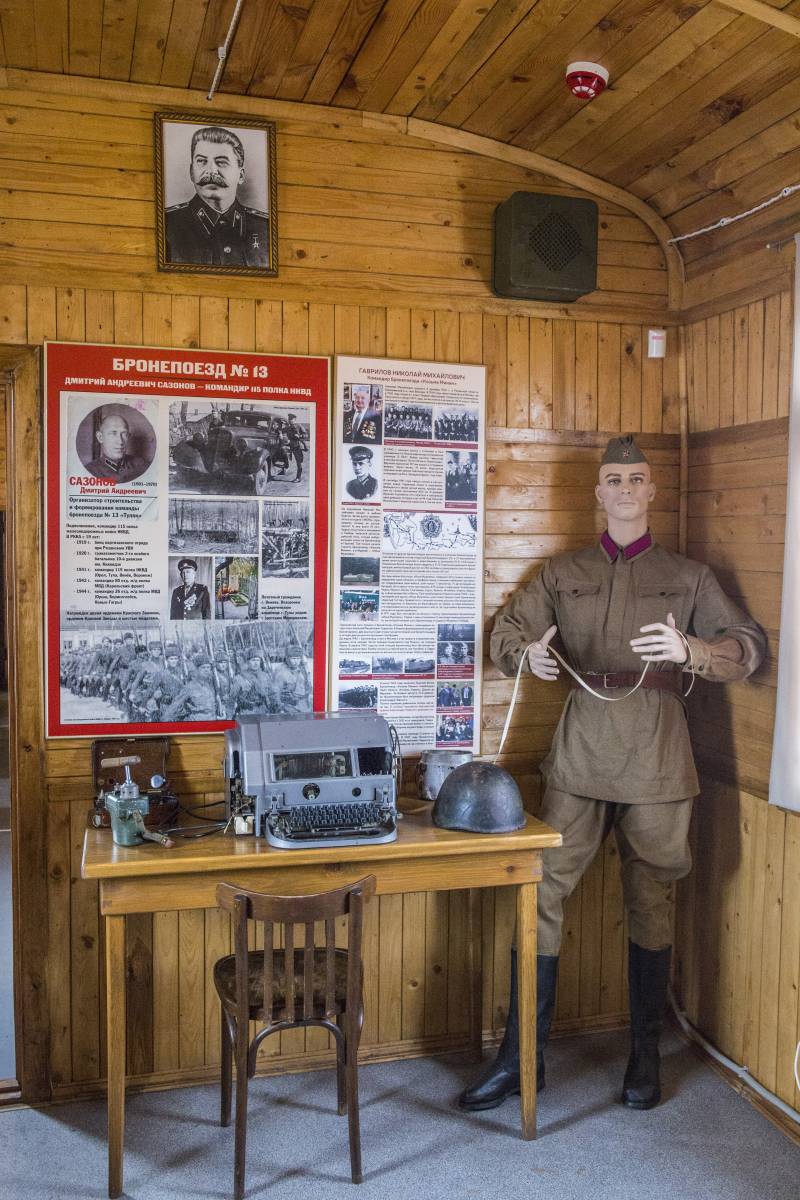 Further, the base included from 2 to 4-x passenger cars to accommodate a replaceable crew of bepo and other specialists. The cars did not differ from standard, "civilian", passenger cars. Thus, the crew received the necessary rest between the battles without departing from the armored train. 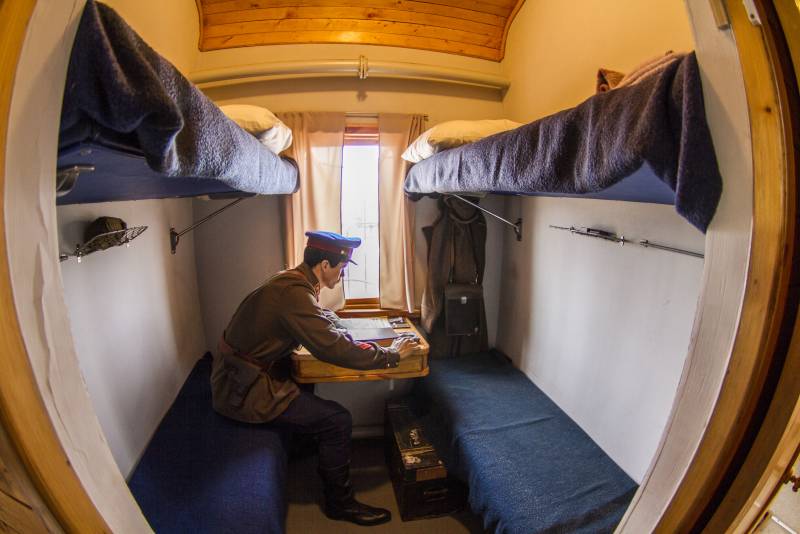 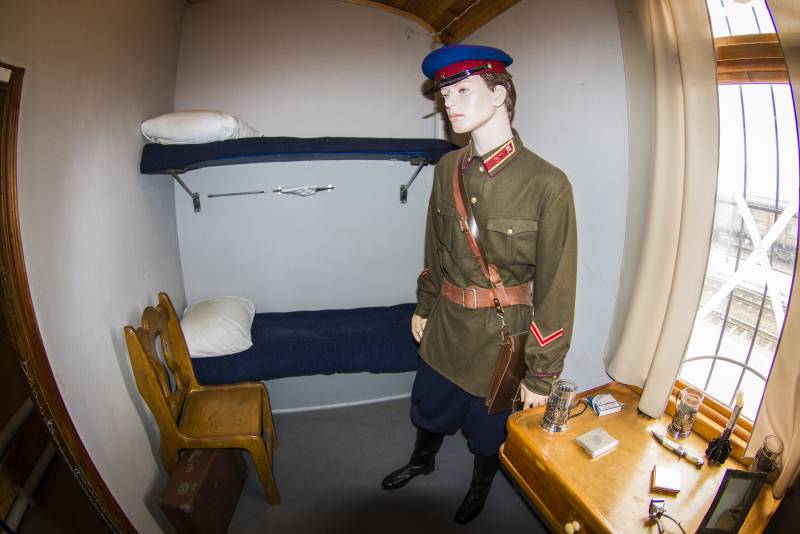 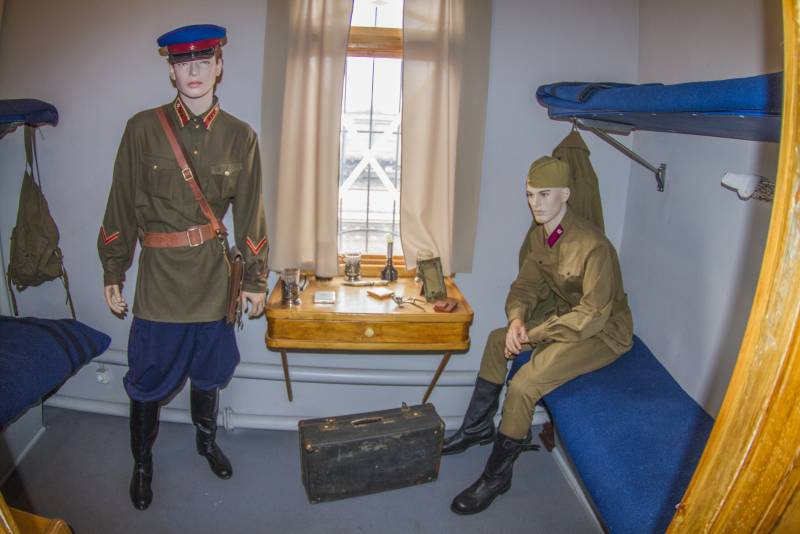 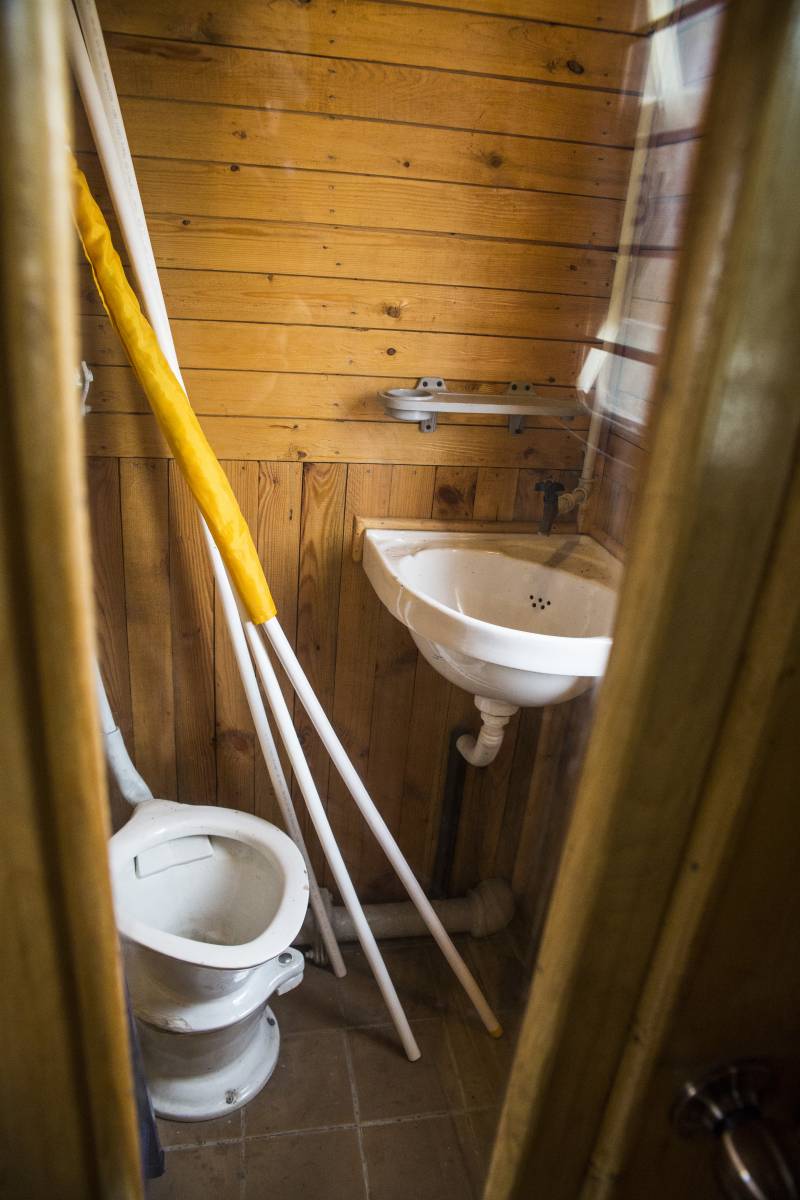 Another carriage was obligatory - ammunition depot. The armored train is a fairly well-armed complex. And, accordingly, he needed a lot of ammunition. Therefore, he drove a black locomotive a whole car of cartridges and shells. Together with spare parts for the repair of weapons. Visually, the car looked like a regular freight car.

Do not forget about the PPR (party political work). The base of the armored train was often a club car. The club was usually equipped in a freight car and outwardly also did not differ from the usual. 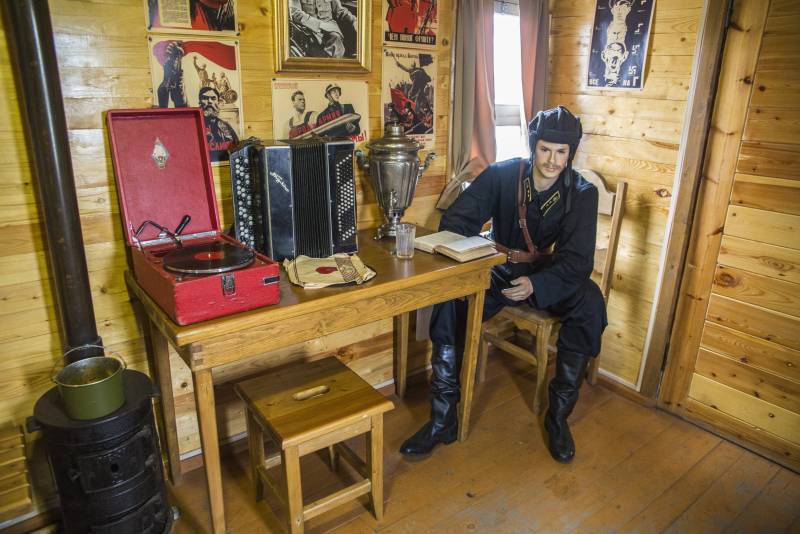 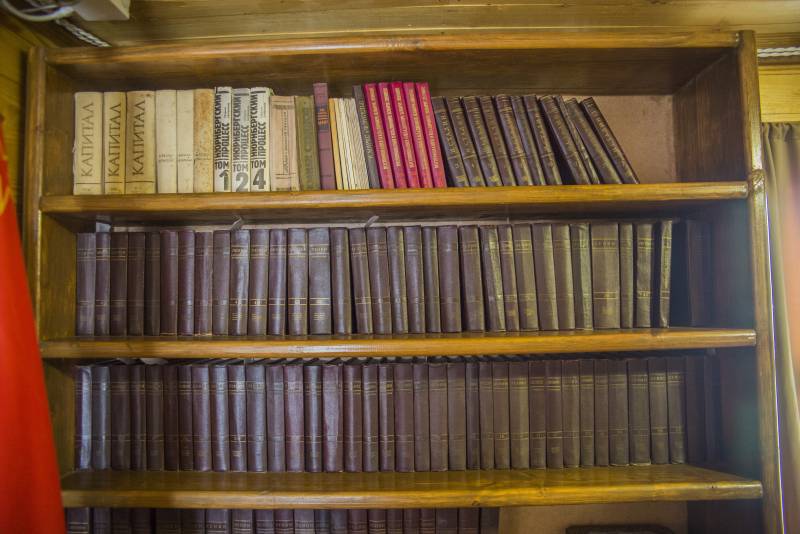 What entertainment was available fighters? Naturally, radio and movies. It was realizable. Library. Gramophone with records, some musical instruments. Of the games there could only be dominoes or chess checkers, card games were not encouraged.

Such cars as, for example, a bakery car were not surprised either. First and foremost, of course, for supplying the BP crew with bread. 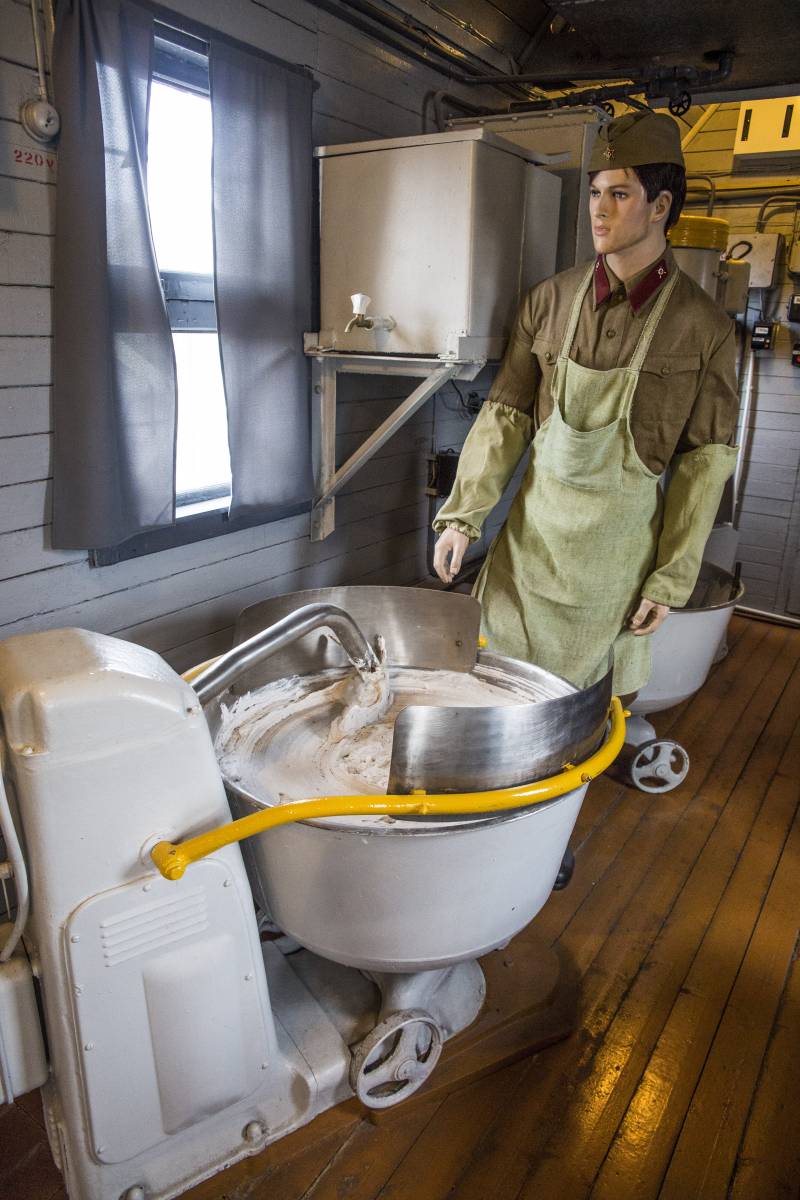 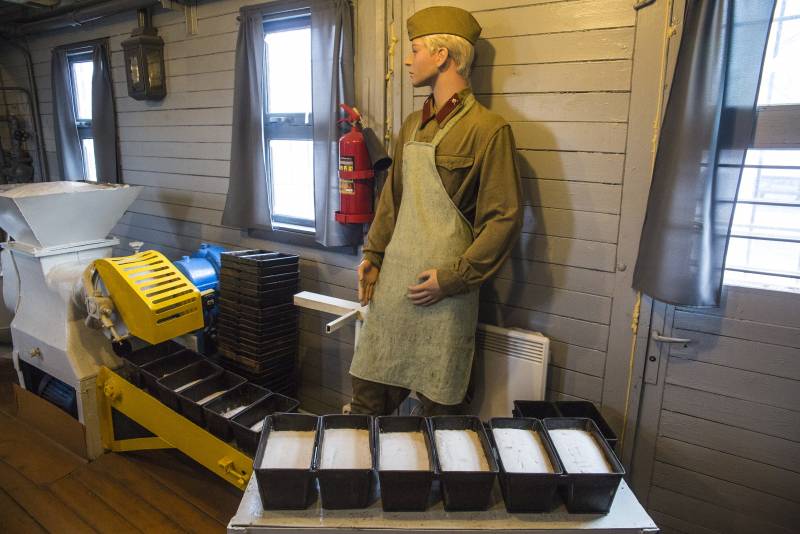 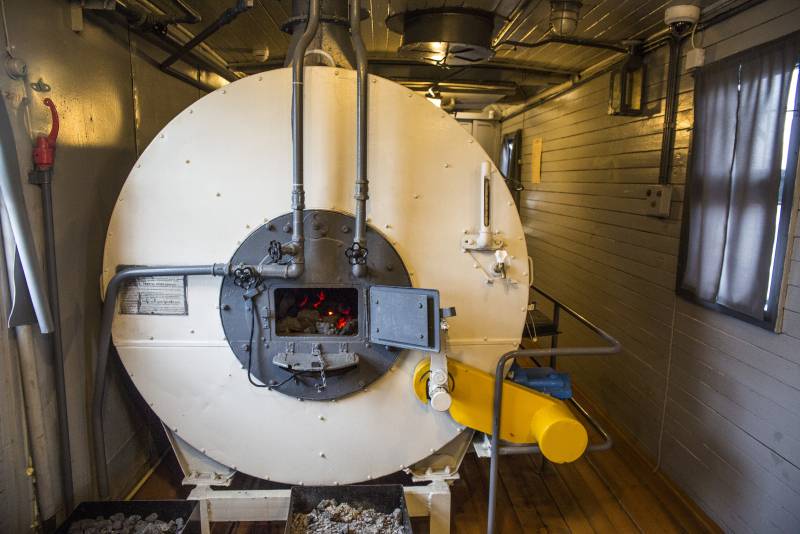 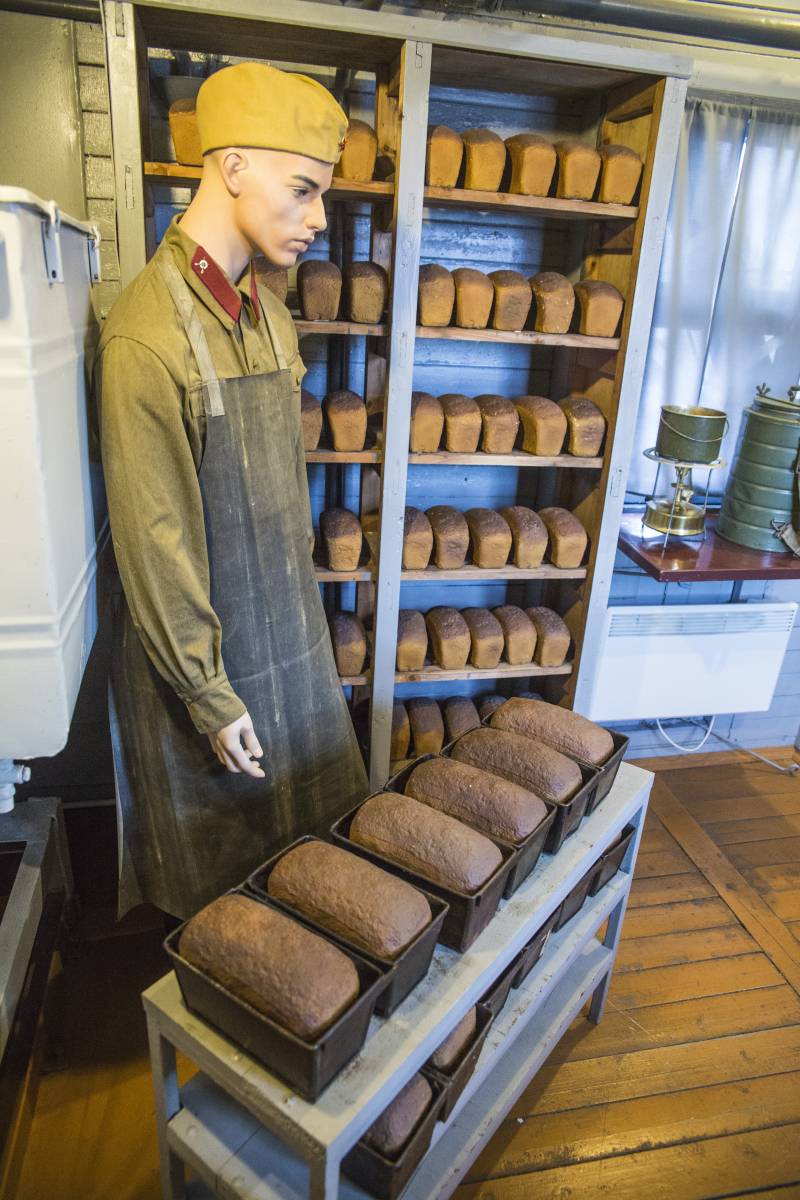 A shift of three bakery specialists baked 108 bread loaves every three hours. Change, of course, could be two or three. That is, the car could easily bake 864 kilogram loaves per day.

Naturally, there was no such need for the BP crew. Accordingly, the capabilities of the car could be used to supply bread to military echelons passing through the station. This was under the authority of the military commander of the station where the car was located.

In the documents of that time one can sometimes find references to infirmary wagons. However, we are most likely talking about hospitals equipped in passenger cars. Usually one or two compartments in the car for the train crew and master repairmen were equipped to the needs of the infirmary. Medical workers with a minimum supply of medicines also lived there.

We can say that this is “just in case”, which could occur on the stretch from one station to another. Airstrike, a sudden enemy, sabotage, and so on. The wounded and sick were at the base of the BP only until the first opportunity appeared to transfer them to the hospital or to the sanitary train.

Of course, there were kitchens in the trains. 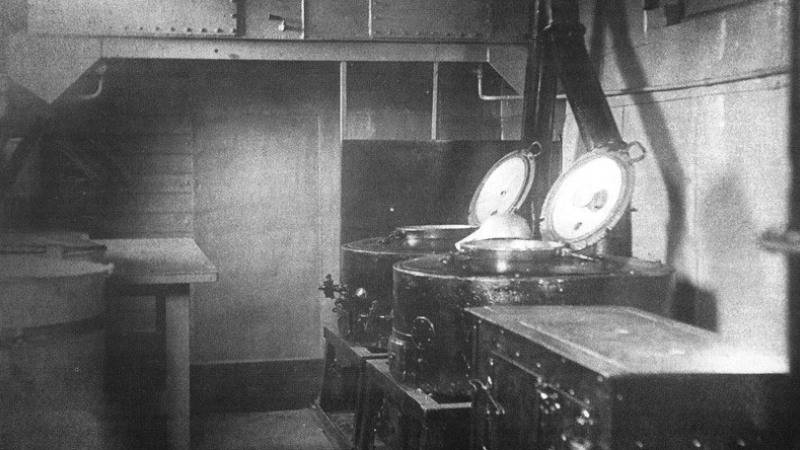 Some trains included locksmiths. But these were isolated cases, since everything necessary for repair was usually available in railway depots at home stations. 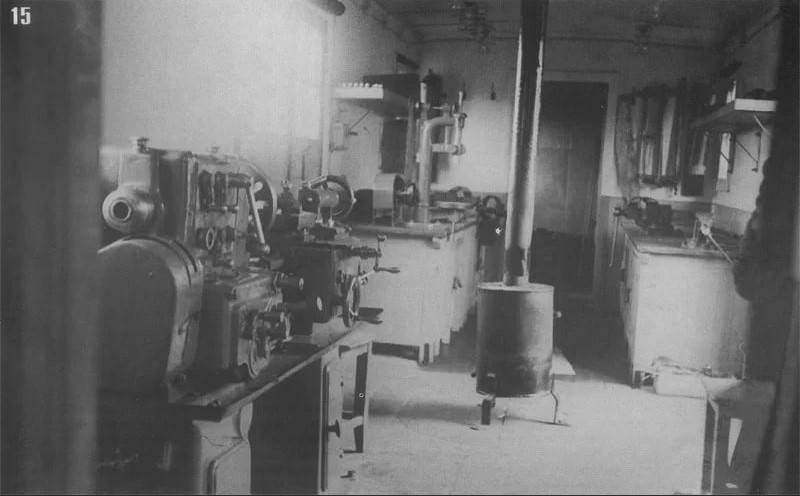 Well, another element of the base, which can not be forgotten. "Lamb". 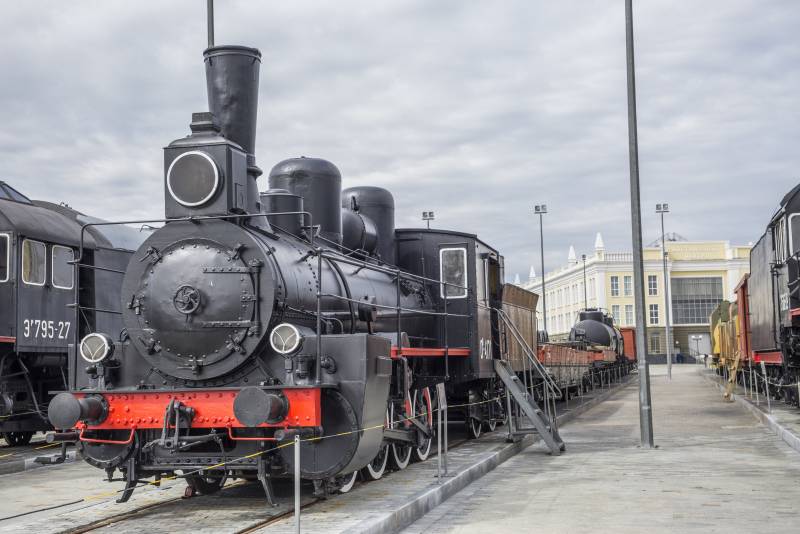 The civil locomotive of the series "O", which drove the entire armored train along the front-line roads. The resource of the armored train was small and was not used outside the combat zone.

Black locomotive, a civilian hard worker of railways, through which armored trains were transferred from one front to another or were taken out for repair in the rear workshops. The steam locomotive, which today can be seen in large numbers at numerous Russian stations as monuments.

In various sources you can find other cars that were for some time in the bases of armored trains. But this is a piece of specimens. And we think it is inappropriate to describe them.

Being engaged in armored trains, the authors came to the conclusion that it would be more correct to call the armored train train complexes. It is no coincidence that we used this phrase in the article.

But about the use of armored trains, more precisely, about the tactics of their use, we will talk in the next article.