October 31 2018
28
Article published on the site "490 Object". The USSR could create the most powerful tank in the world ". I read the article and was surprised: how could this be written? 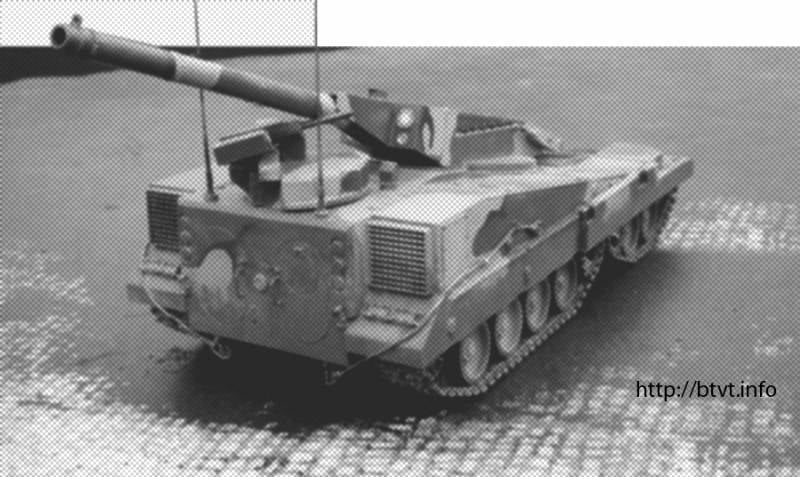 The article describes what seems to be in the KMDB them. Morozov in 80-ies developed a double-turbo tank with two engines and four tracks and a crew of two people. At this time in the design bureau, we were developing a promising tank "Boxer", and we never heard of any double-tower miracle. The person who wrote this article has little idea what a tank is. How can you design a tank in which two towers are on the same level? How to ensure circular sweeping of the main gun?

Four caterpillars and two engines. There were no such projects in KB. The author calls this tank "490 Object".

When developing a promising tank “Boxer” at the stage of the search work “Poplar” considered “Object 490”, who died without being born. It was a variant of the tank with two crew members. There were never two towers, two engines and four tracks. At the very beginning of work in 1982 at the “Rebel” research stage, this tank project was closed due to the impossibility of two-man crew managing the tank well, and my units were engaged in justifying the crew for two and three people. They never returned to this option.

The author refers in the article to the source, without indicating what kind of source. Here is the link: “In October 1984, the management of the GBTU and GRAU arrived at the Kharkov engineering design bureau, headed by General Potapov and Bazhenov, to familiarize themselves with the development of the development of a promising tank. The “490 mm caliber gun” (the 125 mm variant was developed) was installed on the “130A Object”, and the talk about raising the caliber has been going on for a long time. There was a debate about which caliber to choose - 140 mm or 152 mm. At that moment, General Litvinenko, the head of the NKT GRAU (Scientific Committee of the Main Artillery and Missile Control), made the diagram very well and clearly demonstrating how effective the 152 mm caliber is for the tank. Since then, the 152 mm caliber has been adopted for the future project, and no one has ever returned to this issue. After the decision was made on the caliber of the gun of a prospective tank, the existing variants of tanks Topn 490 Object and Rebel 490A Object demanded a complete rearrangement.

And now close to this phrase in my book “The last spurt of Soviet tank builders. (The diary of the participant of the development of the tanker "Boxer") ", published on the Internet in 2009:

“9.10.84. The leadership of the GBTU and the GRAU, headed by Potapov and Bazhenov, came to watch “The Rebel” with a large retinue. The attitude of the military to the car was wary, and Bazhenov was biased towards everything.
In the office at the Shomina reported on the tank, violent disputes began, what caliber the gun should have. The "Rebel" was a portable gun caliber 130 mm, and for a long time there was talk about increasing the caliber. A naked dispute began on which caliber to accept: mm 140 or mm 152. At that moment, General Litvinenko, the head of NTK GRAU, made the schedule very well and clearly, and in just three minutes, he proved how effective the caliber of 152 mm is for the tank. ” (From this point on, the 152 mm caliber was adopted for the “Boxer”, and this question was never returned. ”And this tank had the code“ 477 object ”. - Yu.A.)

As you can see, the quotation from the book is the basis of the phrase in the article, but changed to complete absurdity. About some kind of miracle tank "Object XNUMHA" we are not talking. Such a tank did not exist, and the project of the tank with this code was already closed. Nobody was engaged in the repackage of this tank. No one needed this, the OCD "Boxer" began, and it was based on another tank layout - with a crew of three people.

The author makes an even more original conclusion at the end: “Firstly, a promising tank should be as close as possible to previous generations. After all, the use of such a motley OBT park would be not so much technically difficult, but also an incredibly expensive “pleasure.” Secondly, a promising tank had to be relatively cheap in itself in order to conform to the Soviet doctrine of using military equipment. ”

A promising tank cannot be like the tanks of the previous generation, it is also a promising tank. I do not remember. so that when developing the Boxer tank we were also given conditions on the cost of the tank, everyone understood perfectly that it was only possible to achieve fundamentally new quality by introducing new systems and units of the tank, which would inevitably require costs.

Written in an article by I. Legat - simply trivial fabrications of a person who heard something about the development of a promising tank in 80-s, distorted development time, cipher codes, search, research and development and development work on tanks of that time, along the way. affairs attributing to the KMDB the development of a mythical tank. In addition, for the authenticity of the source who cited a source and did not indicate it, he quoted a phrase taken out of the context of my book, which deals with a completely different tank.

But most of all I was amused by a tank with two towers: I had to think of it before that!