TOZ-123. Tsar Cannon for the Hunter

October 15 2018
17
In the 90 of the last century in the Russian civilian market weapons an amazing weapon appeared that combined the concepts of two types of weapons: a "duck" gun and police weapons for shooting special weapons.

In the nineteenth century, weavers were used for mass production of waterfowl — huge rifles of great mass and monstrous caliber. Some copies of this duck genocide tool had a caliber of 50 mm and could shoot up to a half a kilogram of lead shot. The weight of the device was appropriate - there were instances weighing in centners. 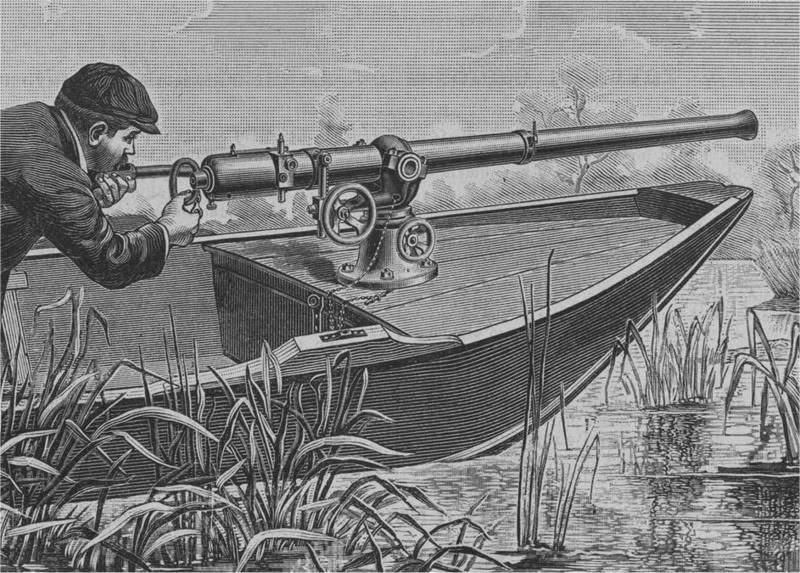 Shooting from such a device with the hands was impossible. It was placed on special anchorages in the bow of the boats from which they hunted, which made these guns with falconets — small-caliber cannons, which were mounted on the bow or sides of small vessels. However, if the falconta were mounted on a swivel, then the biggest shepherds were aimed at the target (flocks of ducks or geese on the water) turning the boat. 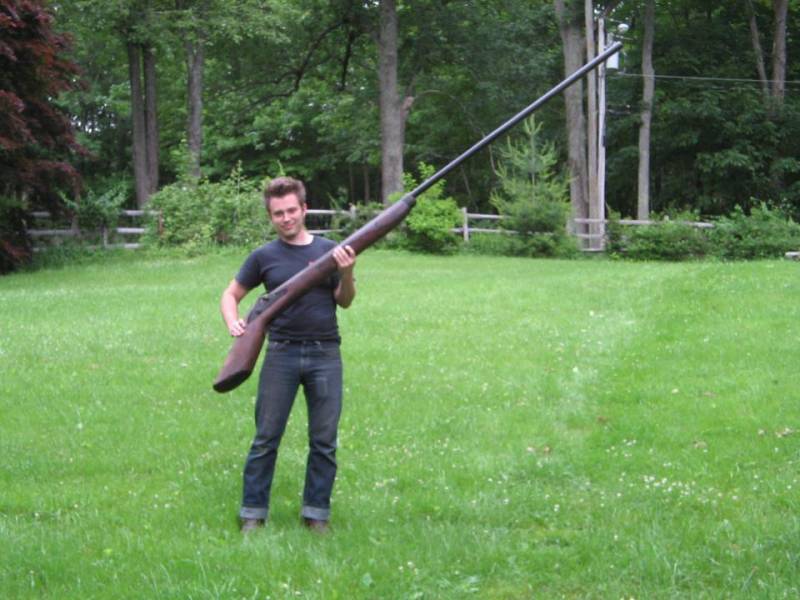 They say that a good shot from such a "gun" could kill up to a hundred ducks.

With the spread of breech-like hunting rifles, as well as a change in attitudes to hunting, which became more sport than the way of food, the female players significantly decreased in size and caliber. They looked like ordinary hunting rifles, and their caliber ranged from 10 to 4. 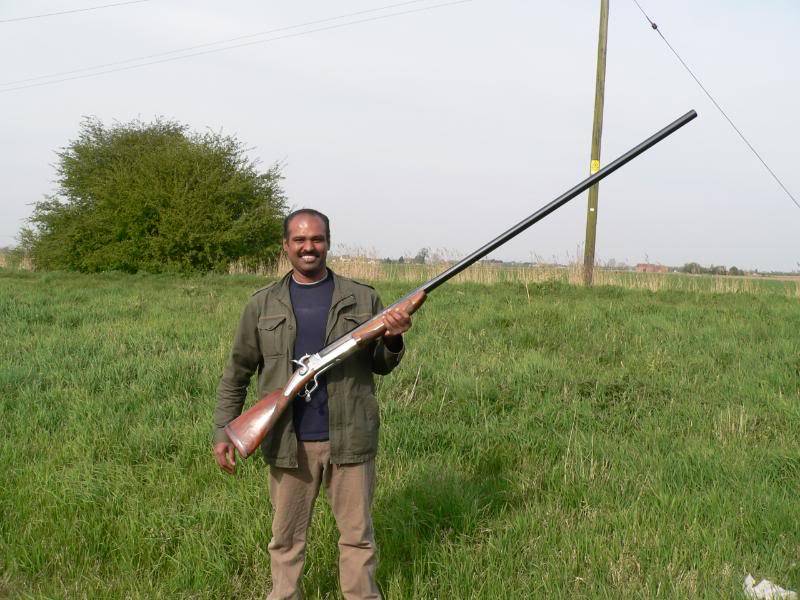 By the middle of the last century, however, they became exotic, and the hunter’s main caliber was 12.

A large caliber proved to be in demand for police weapons intended for shooting special ammunition - gas grenades and rubber / plastic bullets.

With regard to the latter, it was necessary to ensure the effectiveness of traumatic ammunition at considerable distances (up to 70 meters) and, at the same time, to exclude or minimize the possibility of death when used at close range. To combine these poorly matched requirements, they increased the mass and diameter of the projectile.

Back in 70-ies, on the order of the USSR Ministry of Internal Affairs, the development of weapons began to combat riots, as well as to support assault groups in apprehending highly dangerous criminals and in conducting counter-terrorist operations. 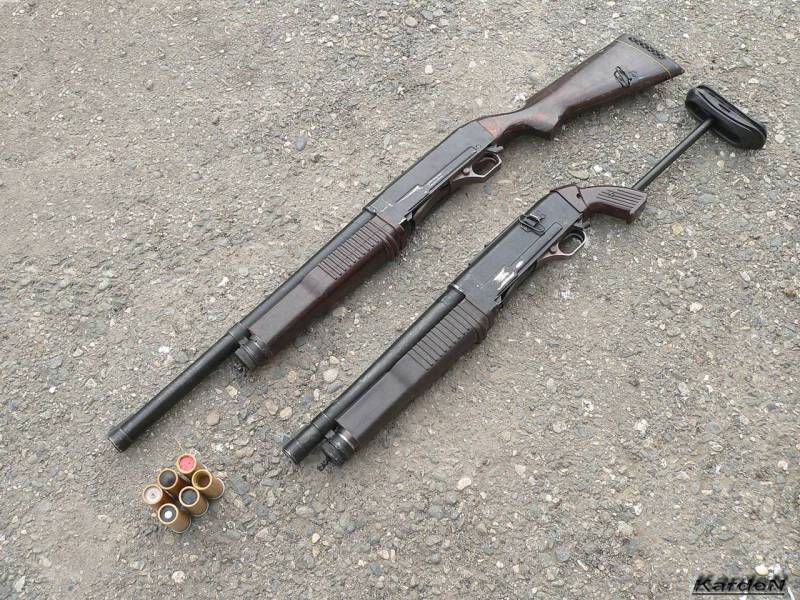 This gun came into service only in 1985 year, and so far the KS-23 (special carbine) is in service with the power special units of the Russian Federation.

The weapon is made according to the “pump-type” type: reloading is carried out by movement, cartridges are fed from a triple under-barrel tubular magazine. Ammunition for this rifle is fitted into sleeves of caliber 4 (mm 26). The caliber of the COP (23 mm) due to rifling, which is necessary to improve the accuracy of shooting rubber bullets or grenades with irritants, “eats” 3 mm. This weapon has occupied its own, we note, rather narrow niche, where it is successfully used to this day.

In 90-s, when the conversion programs were deployed in almost all enterprises of the domestic military-industrial complex, it was decided to “fence” and “special carbine”, and put it on the civilian market.

This decision was implemented by Klimovskiy TsNIITochmash, and the Tula Arms Plant began production of caliber 4 hunting rifles under the name TOZ-123.

Some sources indicate that a number of similar rifles were produced in Klimovsk.

The only difference between TOZ-123 (or “Drake-4”) and KS-23 is the absence of rifling in its trunk. So the gun is smooth-bore, and there were no problems with its certification. 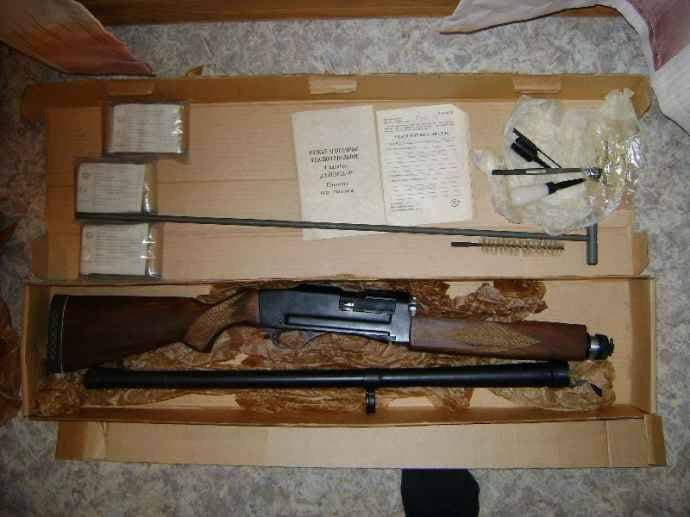 Shutter at the gun sliding; the barrel is locked by turning the bolt. The trigger mechanism is installed on a separate basis. The gun has a button fuse mounted in front of the trigger guard. The second lever-type fuse is located on the left behind the trigger guard and is designed to prevent premature unlocking of the barrel and to prevent accidental firing when the shutter is not fully closed. The aim device is simple and consists of a front sight and a rifle sight. 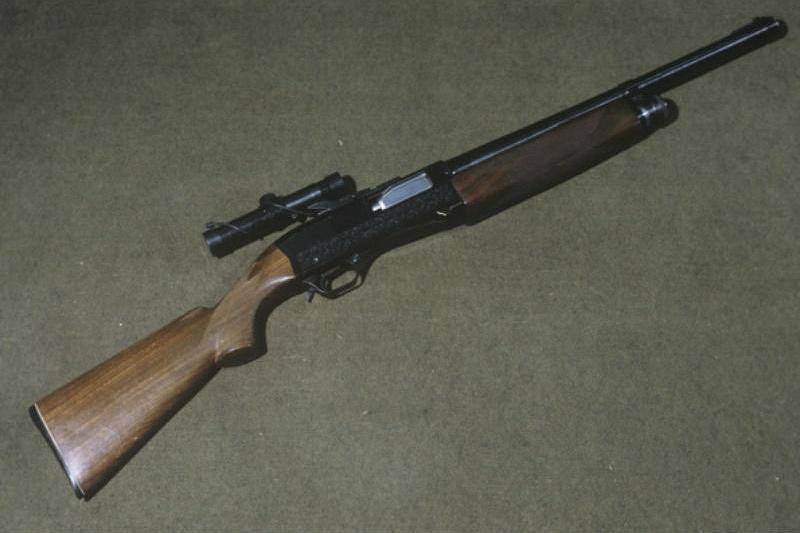 There is also a bracket for attaching an optical or collimator sight on the “Drake”, if there are willing to do it. In the ordinary version, TOZ-123, as well as the “grandparent” (KS-23), has a wooden butt with a rubber butt pad-damper and a plastic forearm. In the "piece" version of TOZ-123-01, the forend and butt are made of walnut.

The chamber and the barrel bore are chrome-plated, which is standard for Russian weapons. Weight gun - 4,5 kg, length - 122 cm.

Cartridges used: 4 caliber with sleeve length 81mm. And of course, the most interesting thing is the links for this “giant”.

For some time, TsNIITochmash produced fourth-caliber cartridges in papk sleeves, which had a weight of Falcon powder 3,9 g and 47 g. That, of course, is quite modest for such a gun. After all, similar and even large batches can be fired from magnum and X-magnum supermagnet.

However, the factory shotgun cartridges are no longer for sale, and the owners of this gun are forced to equip the cartridges themselves. According to the owners of "Drake", the weight of the projectile used in their 60 g ammunition and more. 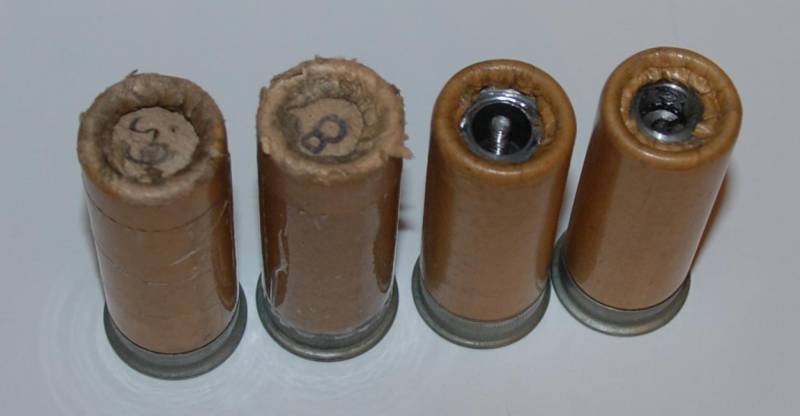 The main problem for the "scooters" is the lack of sales of sleeves, wads, gaskets 4 caliber. As well as matrices, twists and decapsulators - capsulators. And if the sleeves can be used from signal cartridges to the “rocket launchers” of the joint venture 81, then the equipment for the equipment has to be made independently.

On the network you can find a description of the use of aluminum sleeves in TOZ-123 from aviation anti-missile systems of the ASO type with a slight alteration.

In the ASO systems, fourth-caliber cartridges with an electric capsule are used, shooting “heat traps” for enemy missiles. In the spent cartridges, the electric capsule is removed from the ASO cartridges, and a sleeve is installed in an artisanal manner, into which a standard capsule of the type “Zhevelo” or KV is pressed. 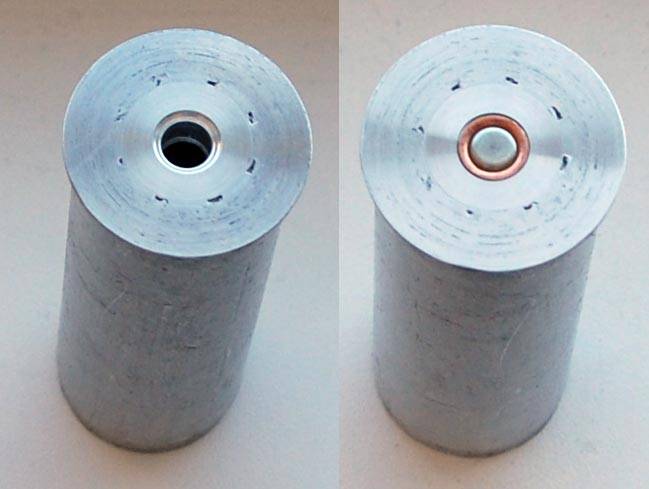 As the name suggests, the creators of the rifle sought to return the tradition of the “weavers” to hunting practice and assumed that with the “Drake-4” they would hunt duck or goose flocks during a massive flight from an orphanage or a boat. However, if you do not set yourself the task of lime waterfowl under the root, on such hunts you can successfully manage 12-m or even 16-m. This "Tsar Cannon" was not successful among Russian hunters. I think that is quite predictable. After all, even at the end of the 19th and the beginning of the 20th century, when the shotguns were much more popular, they were not manufactured in large quantities, but individually, to order.

There was a definite hope for export to the USA, where, perhaps, TOZ-123 would find buyers among the lovers of exotic weapons. But the administration of Bill Clinton, the then American president, blocked the supply to the arms market of the country of many brands of Russian civilian weapons, among which was Drake-4.

Be that as it may, the gun was produced only two years, from 1996 to 1998 a year, and according to some sources, it was released about two hundred copies.

Contrary to the legends walking around the weapon forums, the return of TOZ-123, even with large weights, although more than that of a magnum 12 caliber, is quite portable by the average addition shooter. There is no question of any broken clavicles and inverted shoulders.

But shooting from him, of course, is not too comfortable. And for a plinking this mighty gun is hardly suitable, and not only because ammunition is a big problem for him.

However, today this may be the last one to stories Weapons is of considerable interest to collectors. The price for it may be close to 150.000 rubles. If we consider that about two hundred of these guns were fired in all, this is not so much ... Guns of ordinary calibers and characteristics from such small batches can cost more.