3 September 2018
4
The annual international “Army” forums held in the Moscow region, being a significant military, technical, political and even diplomatic event, always arouse great interest not only of specialists and politicians, but also of the media around the world. 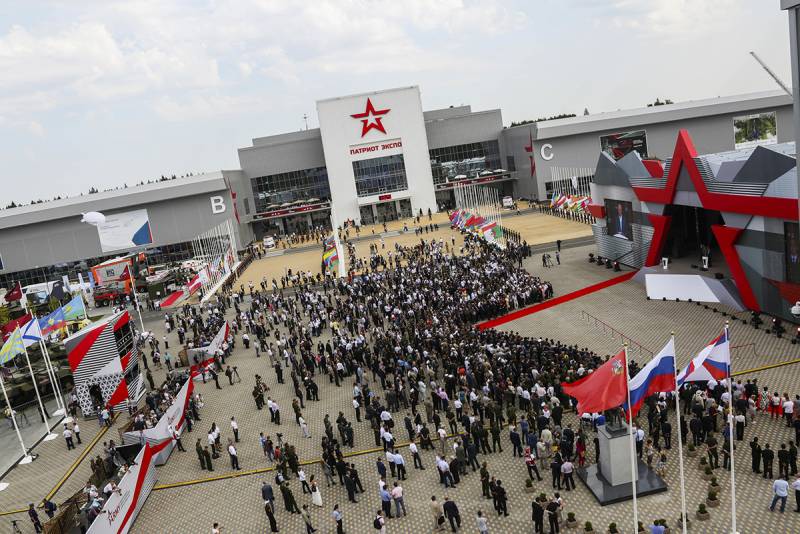 The current “Army - 2018” was no exception. In a number of foreign publications, the first responses about some of the novelties, which were presented at the event and impressed the authors, have already appeared. 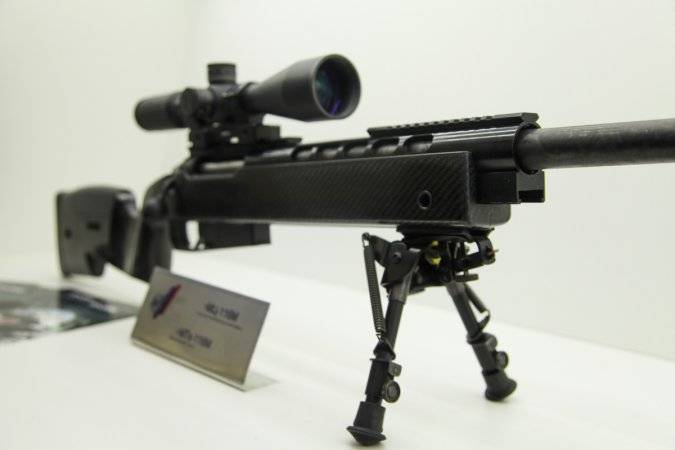 In his opinion, its design makes it possible to effectively solve the problem of suppressing the noise and flame of a shot; this is the most advanced version of one of the most deadly samples. weapons at the present stage of development of small arms.

Recall that the MC-116 M went into a series back in the 90-s of the last century, but was issued in small batches, entering into service only the special forces of the Ministry of Internal Affairs, the Ministry of Defense and the FSB. In the basic version uses the standard for the Russian army rifle cartridge 7,62 x 54 mm and 10-charging shop from the SVD.

It was she who became the basis for the creation of a large-caliber rifle, which, as Humbling believes, can become the standard for a silent sniper weapon.

Earlier, the Vintorez automatic rifle with an integrated silencer, which effectively suppresses the sound of a shot and the muzzle flame, was recognized by many specialists as such. This weapon, created in 80-ies, has proven itself in wars and conflicts of the last three decades. 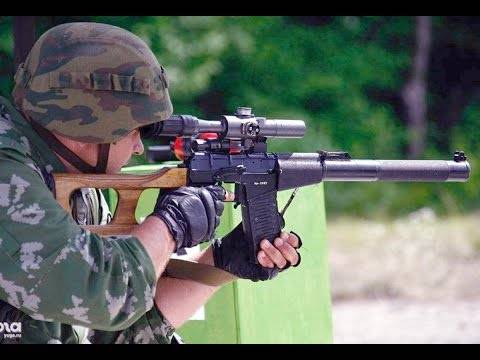 However, today a request has been formulated for a silent sniper complex (rifle - cartridge), which has a greater effective range of fire and is capable of hitting not only the enemy, protected by modern means of individual armor, but also lightly armored targets.

And 9x39 mm cartridges used in VSS, even in their armor-piercing version (SP-6, SPP and BP), are not only effective against the protected equipment and the most modern assault body armor, which are continuously being improved.

It should be noted here that the creators of silent weapons have to go between the "Scylla" - the need to use a subsonic cartridge, and the "Charybdis" - the need to ensure an acceptable range and effective work on the target. 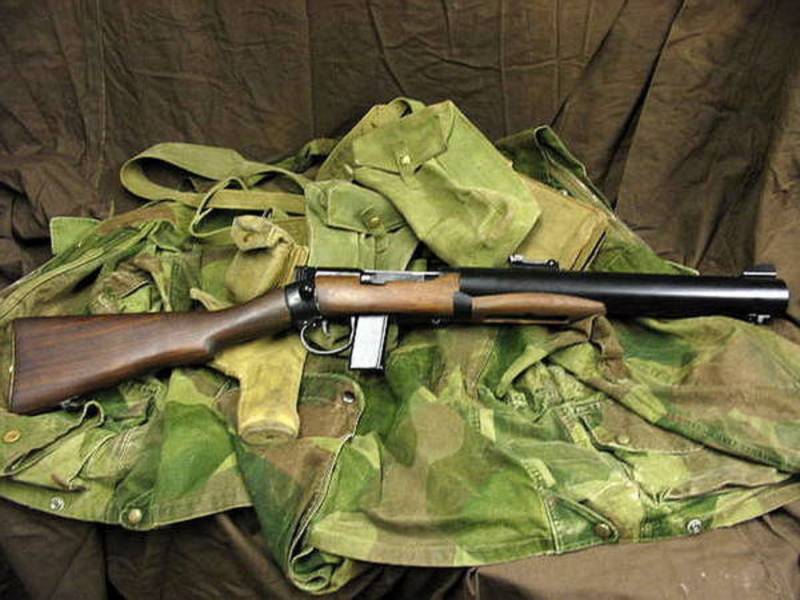 Its creator, William Godfrey De Lizl, offered the military department a sample of the 5,6 mm caliber silent weapon. However, the effectiveness of this initially “silent” patron was recognized for combat use as insufficient. The second prototype was created under the 9-mm pistol cartridge. In the end, they stopped at the 45 ASR cartridge (11,43 × 23 mm) at a subsonic speed (270 meters per second) and a heavy 15 gram bullet.

Strictly speaking, the creators of the 116 mm MC-12,7 M caliber went the same way. The large weight of the bullet compensates for its low airspeed, allowing you to maintain the necessary striking effect at the stated distance of 300 meters. And also to ensure reliable destruction of targets. Moreover, the 12,7 × 55 mm SC-130 cartridge nomenclature includes a variant of increased penetration with a double-core armor-piercing bullet with UP-XS-130. 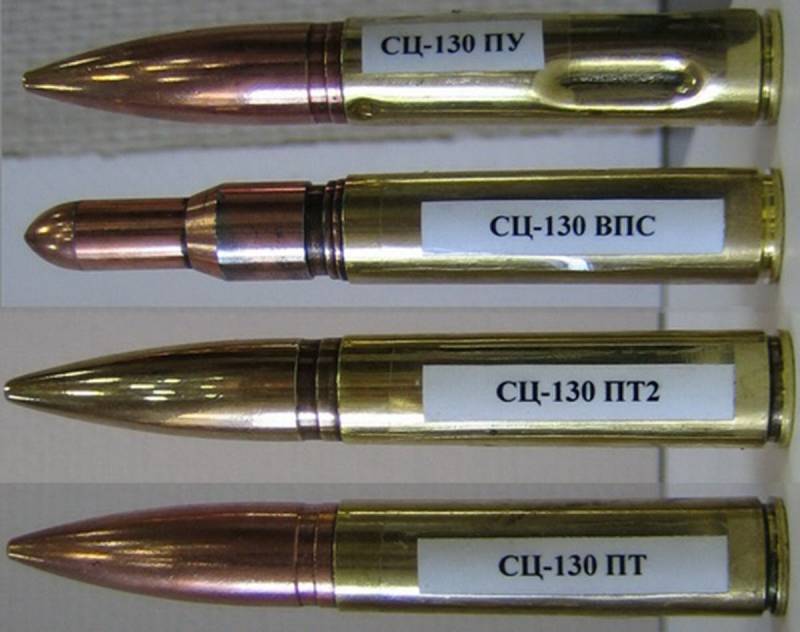 Externally, the large-caliber version is not particularly different from the conventional MT-116 M, although, undoubtedly, the modification of the rifle for such a powerful and overall cartridge required certain changes to be made to the design. What exactly, representatives of the Design Bureau of Instrument Engineering (KBP) them. Shipunova (company-developer), while not reported. 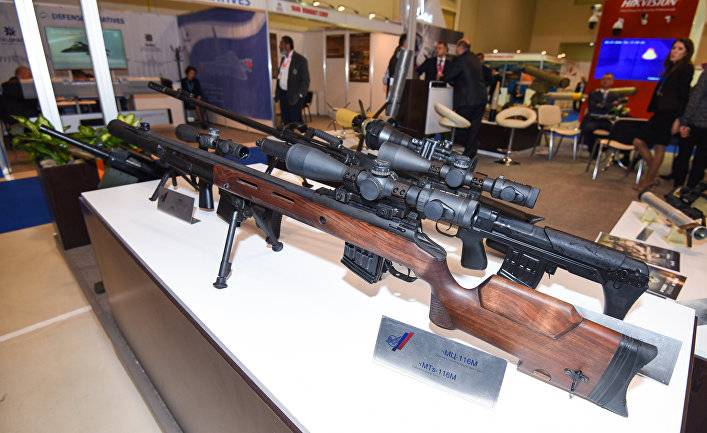 The new rifle, yielding an automatic BCC in the rate of fire, is far superior to it in accuracy, which is especially important for one hundred percent defeat of a small-sized target with the first and only shot, which is often necessary during an antiterrorist operation.

However, silent and flameless firing devices have long ceased to be an exclusive attribute of the anti-terror, army intelligence and special forces units. The so-called tactical silencers or sound moderators, which, even when using conventional supersonic cartridges, somewhat reduce the noise of shots and remove the muzzle flame, are becoming more and more common, even in conventional units. 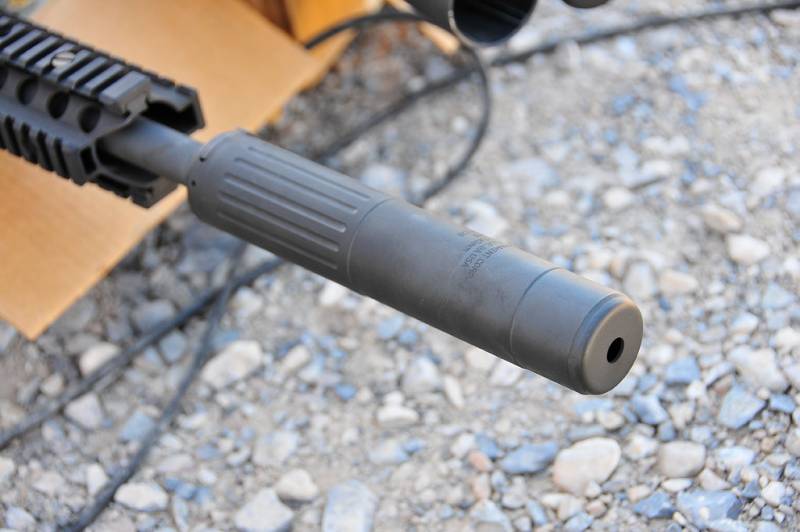 Even fairly simple and cheap masquerading, reducing flash and changing the direction of the sound wave, significantly increase the chances of a fighter to survive in battle. The combatants in the Donbass on both sides in large numbers put such devices on their machines. 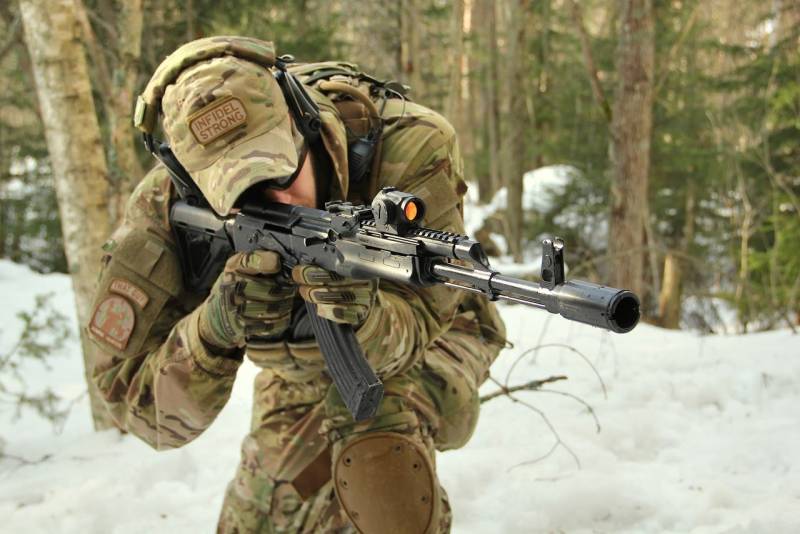 However, back to the MC-116M. David Humbling believes that in an urban setting the position of an arrow from this rifle will be almost impossible to detect. With some pathos, he calls the creation of large-caliber noiseless MC-116M “a significant and at the same time silent feat of gunsmith engineers”, believing that this event confirms Russia's status as a leader in the issue of silent weapon technology.

Such rifles occupy an intermediate position between sniper self-charges for conventional rifle cartridges with an effective range of fire up to 600 meters and large-caliber long-range rifles, such as the "anti-material" OSV-96 or Barrett M82. And such rifles, as the experience of recent armed conflicts shows, are in high demand not only in special forces units, but also in army snipers. 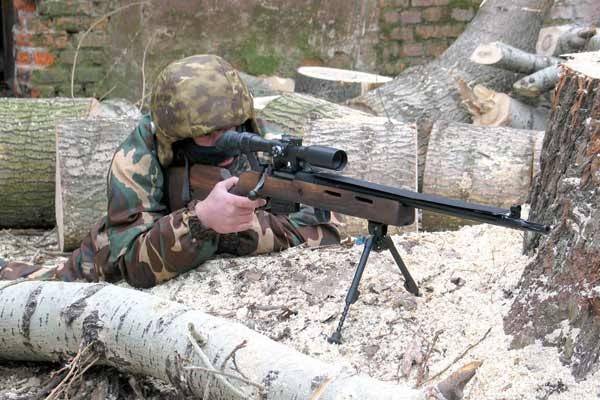 Although, of course, there is no such exclusivity as that of the noiseless MC-116.