NASA is working on a horizontal launch system for spacecraft launch 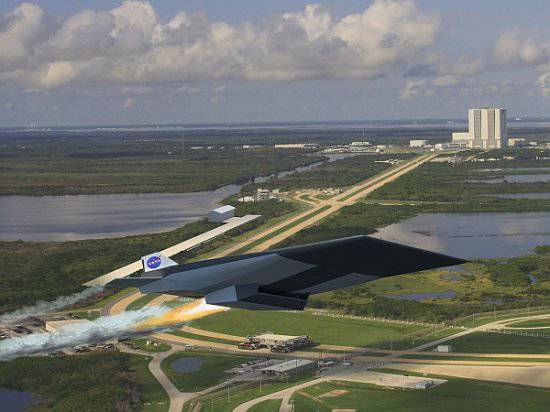 The wedge-shaped apparatus, equipped with air-jet engines, must take off after an independent or on a sled run on an electrified rail. Having reached the speed of 11 thousand km / h (М10), in the upper atmosphere the device shoots a small container (similar to the second stage of the launch vehicle), and then goes into orbit.

Project manager Stan Starr notes that the system does not require the development of new technologies. “All elements have already been created or studied,” says the scientist. “We are simply proposing to benefit from them at a higher level compared to where they are currently used.”

For example, not the first year electrified rails move roller coaster cars. The only difference is that their maximum speed approaches only 100 km / h. This is enough to entertain the man in the street, but launching a spacecraft will require at least a tenfold increase in the rate. In addition, the length of the runway, equipped with such accelerating device, must exceed three kilometers.

Fortunately, work in this direction is already underway. Prototypes (albeit on a reduced scale) are built on the basis of the Center for Space Flight. Marshall in Alabama, as well as the aforementioned Center. Kennedy. The US Navy creates something similar for its aircraft.

Tests in the X-43A and X-51 programs have shown that jet apparatus can achieve quite impressive speeds with the help of similar systems.

To implement the project, Stan Starr calls for combining those departments of NASA, whose activities usually do not intersect, and within ten years try to launch the first unmanned aircraft, and only then - the satellite. 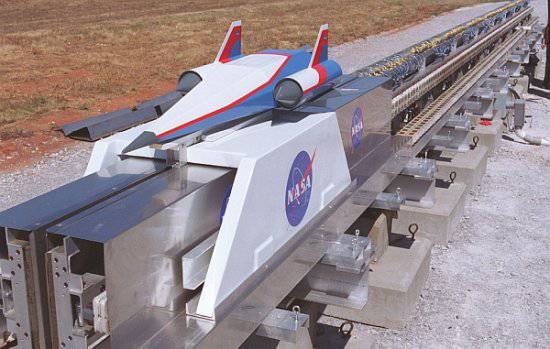