Fans of games instead of tankers. Operators of combat robots 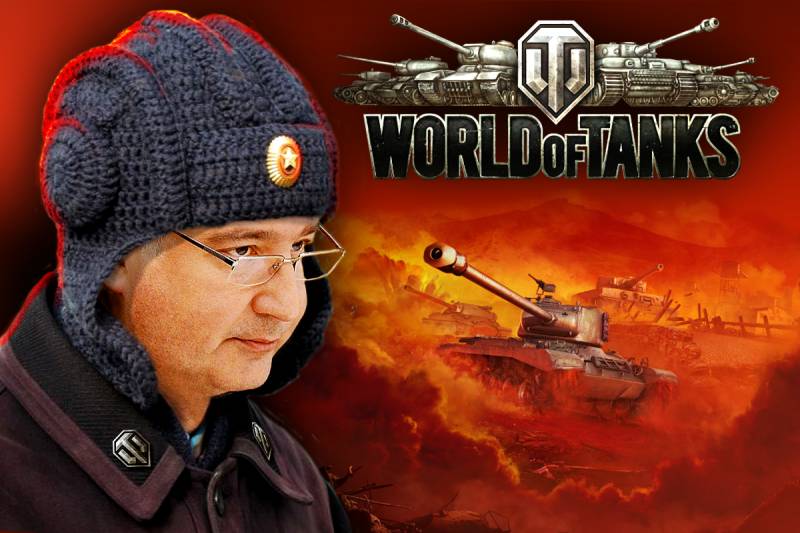 Not so long ago it was considered fiction, but the development of new technologies has already allowed the creation of combat robots in various branches of the military industry.

Behavioral algorithms are being improved, new materials and manufacturing methods are being introduced. Already, some components and components of robots are printed on the 3D printer.

But the main "stumbling block" of the use of weapons of a combat robot are the three laws of robotics.

A robot cannot harm a person; the robot must obey man; The robot must take care of its safety, if this does not contradict the first two laws.

Subsequently, Azimov added another, zero, or fourth to them: the robot could not harm humanity or, through its inaction, allow humanity to be harmed.

But we should not forget that there is an alternative to mobile combat robots. And this is the use of robotic systems with remote telecontrol.

Such systems, I believe, will be easier and cheaper to manufacture. Less time consuming will be their adjustment, simplified behavioral algorithms. But the most important thing is to decide on the application weapons will remain for the person (operator). The robot will execute the received order, with high accuracy hitting the target.

Yes, you need a highly secure communication channel with a combat module that can withstand modern EW tools, but this is already a matter of techies. At least, in case of loss of communication with the robot, he will be able to return to his base independently. And the repair will be reduced to the replacement of mechanisms and servo drives or the rearrangement of the control unit and communication from one robot to the “skeleton” of another fighter.

I expect a wave of criticism from the readers, they say, enough with us science fiction.

But that's what the officials think about it.

Deputy Prime Minister Dmitry Rogozin proposed recruiting computer games fans instead of tankers to serve in the army. He wrote about this in his microblog on Twitter. So he reacted to the message of Uralvagonzavod, which was engaged in the robotization of the Russian tank T-90 The "robot tank" will be controlled by an operator at a distance of 3 to 5 kilometers.

World of Tanks is a multiplayer online game (RPG) dedicated to combat vehicles of the last century. In recent years, it has gained immense popularity among gamers. Today, according to the latest data, about 150 millions of players are already playing World of Tanks. At the same time, not only schoolchildren, adult men and pensioners, but also girls fight in the game. “If you take the same Russia, everyone plays tanks,” says Victor Sour, the developer of WOT.

According to the data from 2016 of the year, 33 million players were registered on the RU server. Of these, the share of actively playing players was 3,6 million.

For all its existence, the game World of Tanks has brought up more than one generation of top tank crews. The participants of the game unite in platoons and clans, participate in mini-tournaments, regional competitions and in the international arena. The player who is really interested, goes from amateur eSports to the top of skill. 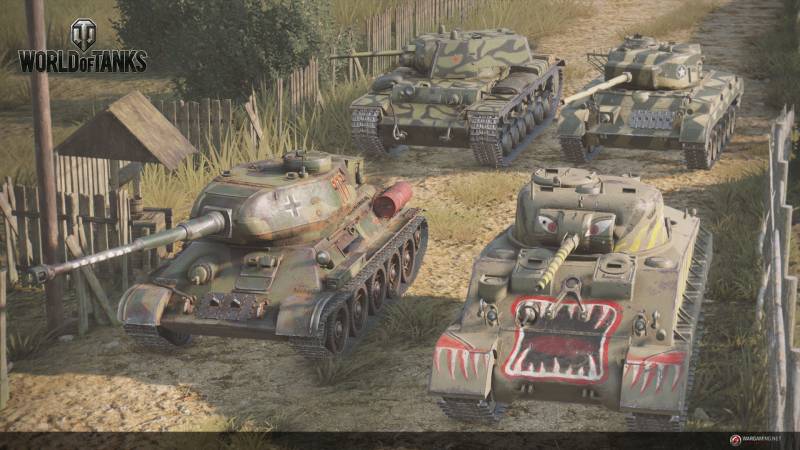 At the same time, the players acquire practical skills in tactics, teamwork skills, combat features in urban areas and in difficult rugged terrain. Top WOT players could successfully take the position of a combat operator, and clan players can control a robotic tank platoon. Here I fully agree with Rogozin.

And under the new T-14 tank, the developers of computer games released the online game Armored Warfare: Armat Project.

“A conditional" bespectacled "sits and with a finger on the touch screen controls the targets that should be struck, and determines the order of destroying these targets. The robot wakes up in ambush, identifies the target, if it understands that it is the enemy, instructs that killer robots which turn the enemy's column into chips. At the same time, the operator himself is at such a distance that no means of defeating the enemy can not only reach him, but also understand where all this is controlled from. Secure communication channels do not intercept them ",
- described the scheme of the use of combat robots Dmitry Rogozin.

As an example, he cited the Nerekhta robotic complex.

He also noted that progress will move in the direction of maximum development of artificial intelligence, robotic tools, including unmanned vehicles, and the future war will be technological, high-precision and remote.

At the same time, he recalled: "Questions of life and, God forbid, death should be determined by man, based on the highest goals of protection, defense of the civilian population, the country, its sovereignty. Otherwise, you can get too carried away."

Summarizing the above and connecting all the components, we will get guided combat robots, some nodes of which will be printed on a 3D printer, and a million-strong army of first-class operators capable of uniting and interacting with platoons.

In conclusion - a little fiction. I want to share my doubts that arose after reading a science fiction novel. There, the government of one planet had a problem finding some important components in the radioactive zone and shooting mutants. And they solved it brilliantly simply by organizing everything under the guise of a computer online game, where gamers were looking for different artifacts in the “fairy-tale” wild forest for various bonuses in the game, fighting along the way. They did not realize that they were the operators of real android robots who did all the dirty and dangerous work for them.

And who knows what (or by whom) you really will manage, sitting for hours in online games at the computer ... The future is not far off!