April 30 2018
13
12 April 2018, the crown prince of Saudi Arabia, Mohammed ibn Salman al Saud, during his official visit to Spain, signed a whole package of agreements that finalized a long-time prepared contract to build five corvettes of the Avante 2200 project for the Saudi Arabian Navy. The construction of the corvettes will be handled by the Spanish shipbuilding association Navantia. The total value of the transaction is about two billion euros. Previously, four such corvettes were also acquired by Venezuela, but with a much weaker weaponry structure, in fact, in this case, it was about patrol ships.


Ships for Venezuela were built from 2008 to 2011 year and included in the Venezuelan Navy in 2011-2012. The ships received by Venezuela are known as “Guaykeri” patrol ships, after the name of the first ship of the series. They belong to the AVANTE 2200 Patrol type, the 4 ship data and another 4 sentry ship to patrol the coast of the AVANTE 1400 project. Venezuela then paid 2,3 a billion dollars. Saudi Arabian Navy purchased a more versatile combat version of missile-armed ships - AVANTE 2200 Combatant.

The construction of the ships will do the famous Spanish shipbuilding company Navantia, which specializes in both military and civil shipbuilding. The company was founded in 1730 year and has a rich historyToday it is the fifth largest shipbuilding company in Europe and ninth in the world. It was at the shipyards of the company Navantia that the only light Spanish carrier, the Prince of Asturias, was built in its time, and the universal landing ship-aircraft carrier Juan Carlos I was built there. In addition to the 5 corvettes of the AVANTE 2200 Combatant project, which will be built in the southernmost province of Spain Cadiz in the city of San Fernando, Saudi Arabia will receive the necessary infrastructure in the city of Jeddah to host them, as well as Spain will train future crews of ships (about 600 people ). All five corvettes must be built in Spain within 5 years after signing the contract. 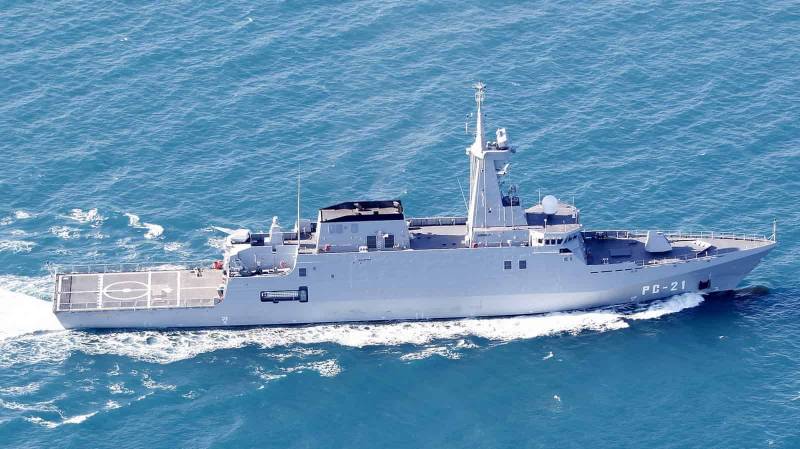 AVANTE 2200 Patrol
According to the bmpd blog, the Saudi military-industrial association Saudi Arabian Military Industries (SAMI) has signed an agreement with the Spanish shipbuilding company Navantia to create a joint venture that will partially localize a number of electronic weapons systems for ordered corvettes in Saudi Arabia. Also, installation and integration of these systems will be carried out here not only on the corvettes of the AVANTE 2200 project, but also on other promising Saudi ships and boats fleet. It is also expected that the joint venture will provide technical support and repair of corvettes while they are part of the Navy of Saudi Arabia.

Unlike the Guaiquerí type corvettes of the Venezuelan Navy, ships of the modified AVANTE 2200 Combatant project for the Saudi Arabian Navy can be called full-fledged corvettes. The ships will have more powerful weapons, which turns them into real combat multipurpose ships of the ocean zone. The total displacement of the corvettes will be 2470 tons, length - 98,9 meters, width - 13,6 meters, draft - 3,8 meters. They will be able to take on board up to 111 crew members. 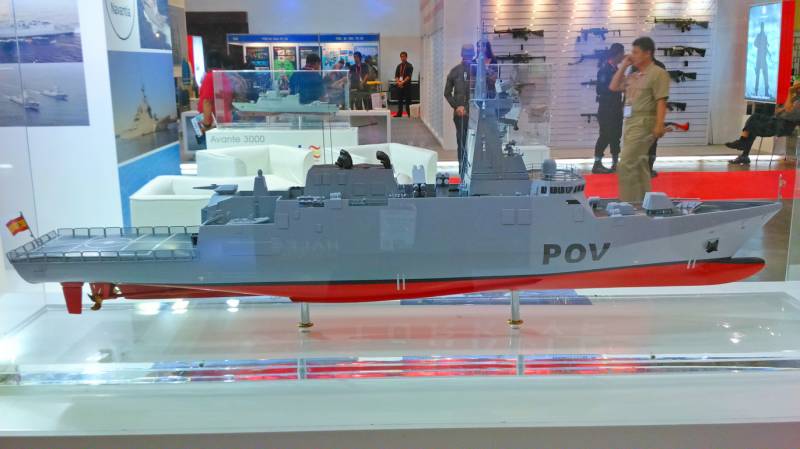 AVANTE 2200 Combatant layout, ADAS 2014 exhibition
Corvettes will receive a two-shaft diesel power plant, consisting of 4 diesel engines rated at 4 x 4440 kW and four diesel generators - 4 x570 kW. This powerplant will provide the ship with a maximum travel speed of 25 knots (46,3 km / h). Cruising range - 4500 nautical miles (8334 km). Corvettes of the AVANTE 2200 project can successfully operate in any geographic conditions, both in coastal waters and in the open sea, with the exception of the Arctic belts.

The armament of the ship will be represented by anti-ship and anti-aircraft missiles, artillery mounts and machine guns. In particular, the Navantia company's website states that the ships will be armed with 4 anti-ship missiles (two twin installations 2х2) and 8 anti-aircraft missiles deployed in vertical launchers. At the same time, earlier exhibitions showed mockups, as well as renders with an increased composition of weapons - up to 8 RCC (2x4) and up to 16 cells for missiles. Apparently, the composition of weapons can vary according to the requirements of the customer, since the displacement and size of the corvettes make it easy to build up the composition of weapons under certain requirements. According to the bmpd blog, the corvettes will be armed with Boeing Harpoon Block II anti-ship missiles and Raytheon ESSM anti-aircraft missiles. 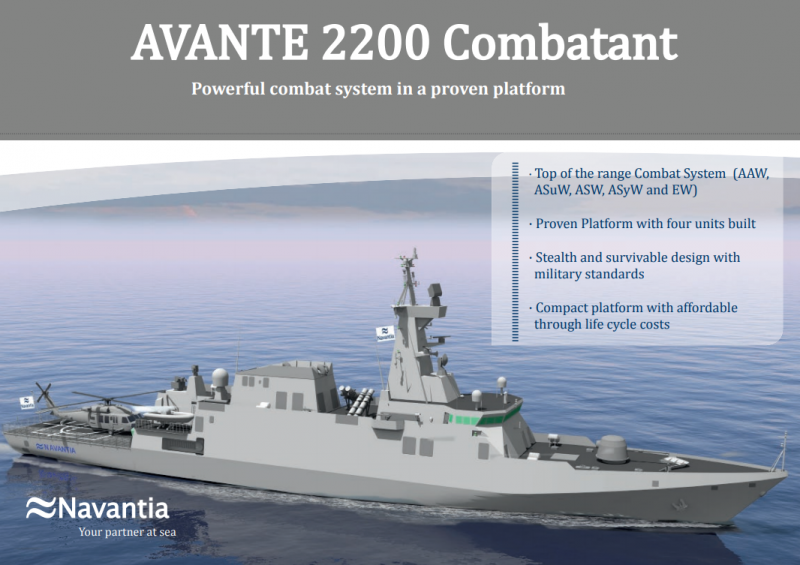 The ship’s artillery will be represented by one 76-mm universal artillery mount, most likely 76 mm / 62 Super Rapid by the Italian company OTO Melara and one 30-mm automatic artillery mount. In addition, the 4 large-caliber machine gun 12,7 mm, as well as two three-tube torpedo tubes will be installed on board. The armament also includes two installations for launching false targets (infrared traps and dipole reflectors).