1 May 2012
29
The main purpose of "Tigr-M" MCTC of REI PP is to conduct radio intelligence, detect sources of radio emission, set up radio suppression and REM interference. Additional features - the creation of interference or simulation of the operation of radio-electronic devices at field tests of various weapons and equipment. All features of the new complex are not advertised, and the developers declare that this mobile EW complex has no foreign analogues. The Russian Defense Ministry has already planned to purchase a small series of such complexes for staffing EW troops. 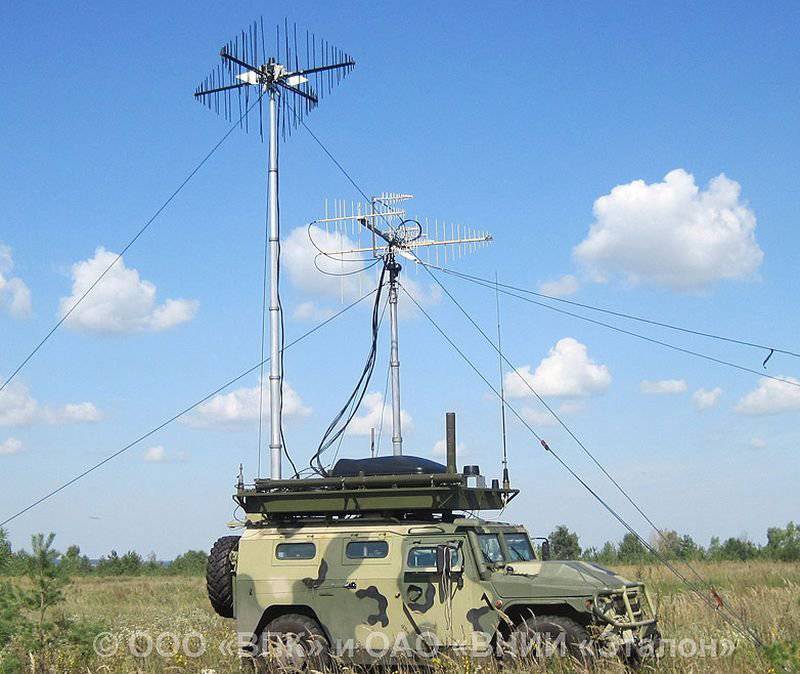 Another proof of the versatility of the domestic armored car "Tiger" is an electronic warfare machine based on the armored car "Tiger-M" with the installed equipment "Leer-2" (MKTK REI PP). The Tigr armored cars began to be developed at the beginning of the 90-s, the first Tigers were put into trial operation in the 2002 year in the Moscow Special Operations Police Unit. Serial production "Tiger" comes in 2005 year. At this time, more than 20 projects and modifications of the Tigr civil and military vehicle are known. The latest announcements on the Tiger base are the mobile ATGM equipped with the Kornet-EM anti-tank vehicle of the same name and the Tiger MK-BLA-01 mobile version of the Lastochka and Dragonfly drone control systems. 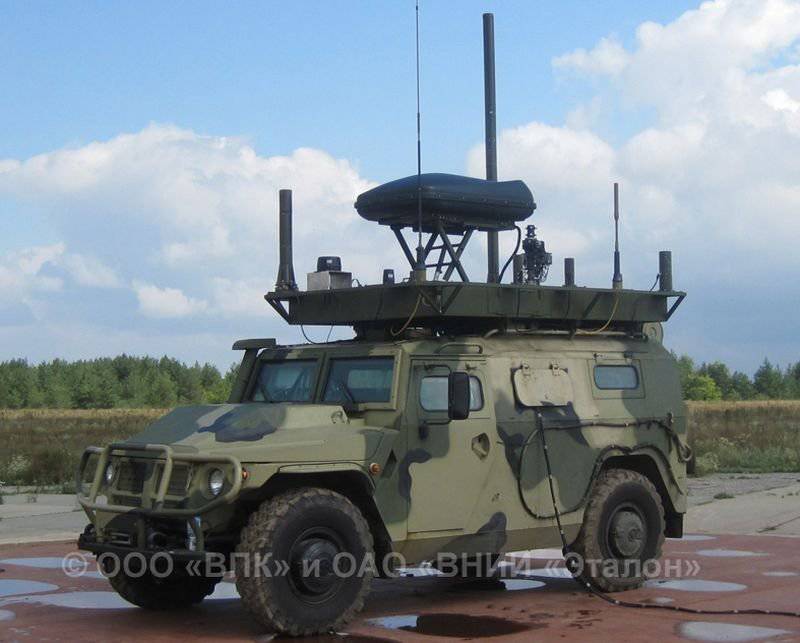 Recently, the Etalon Scientific Research Institute, the developer of the Leer-2 equipment - jamming, imitation and technical control of EW MKTK REI PP, proposed to install it on the domestic Tiger-M armored vehicle. A new development of LLC “VPK” and the VNII “Etalon” - “Tigr-M” MKTK REI PP, in which the EW equipment naturally fitted into the chassis “Tigr-M”. Now this complex will be able to carry out its work at the forefront of a possible military conflict, which will ensure increased efficiency of electronic warfare.

The Russian military, in particular from the EW troops, have long been waiting for a special vehicle with EW equipment on a light wheeled chassis. All previously supplied EW machines were built on the basis of trucks or on the basis of caterpillar-type conveyors. Such machines in flaws have low maneuverability, large size and, what is today quite important, high fuel consumption. The new EW vehicles based on the Tigr-M armored vehicles are highly mobile, compact and reasonably protected EW vehicles of the new generation.

Armored car Tiger-M
MIC-233114 or Tigr-M is a special means of transport and is known as an army armored vehicle, intended for the movement of personnel and cargo, installation weapons and equipment for further use and towing of towed goods. For the first time an armored vehicle appeared in public view in 2009, when the military-industrial complex released the first prototype "Tiger-M". In 2010, Tigr-M successfully passed state tests, after which they immediately released a test batch for operation in the armed forces of the Russian Federation. With 2011, serial deliveries to army units begin. "Tiger-M" are in service with the armies of Uruguay, Brazil and Russia. 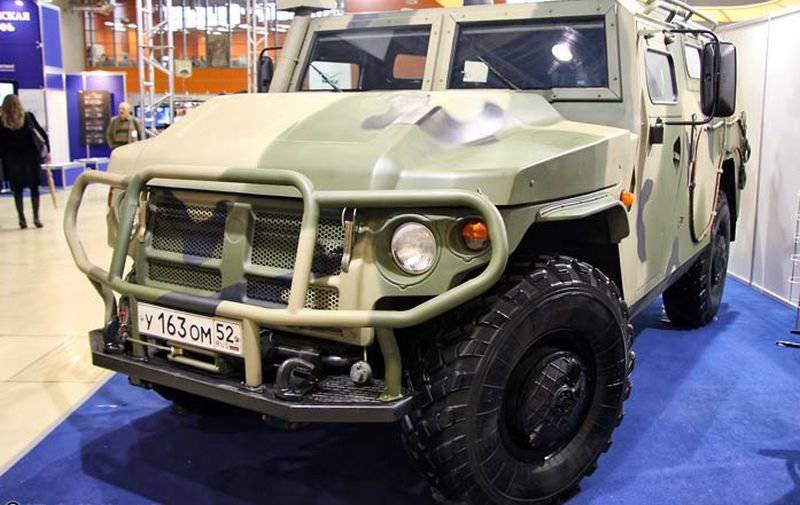 Near future
At the moment, it is known about the joint development of domestic enterprises of the new modification of BA "Tiger" for army special forces.

Prospects
The Tigr armored vehicles are waiting for a bright future - a sufficiently reserved internal volume, high payload, security and high traffic will allow using this vehicle as a base for various weapons and equipment, both military and civilian. This means that the "Tiger" will be constantly improved and modernized, and very soon we will see the most modern developments, at least, not inferior to world analogues.