1 May 2012
11
When designing a rifle weaponsso that it won the desired popularity and fame, you need to contrive to collect in one sample several positive features at once. Weapons must be easy to handle, have good rates of fire rate and range of combat. In addition, do not forget about the cost of the sample. Finally, you need to choose the right weapon class. For example, self-loading pistols must have a number of constructive solutions to ensure appropriate rate of fire and accuracy, which ultimately increases the cost. Revolvers, in turn, do not need such a large number of accurately fitted parts, which, however, deprives them of the possibility of the same fast reloading that self-loading pistols are capable of. It would be logical to assume that only the combination of the best nuances of both concepts can result in a design that has all the possible advantages and is devoid of a number of drawbacks. 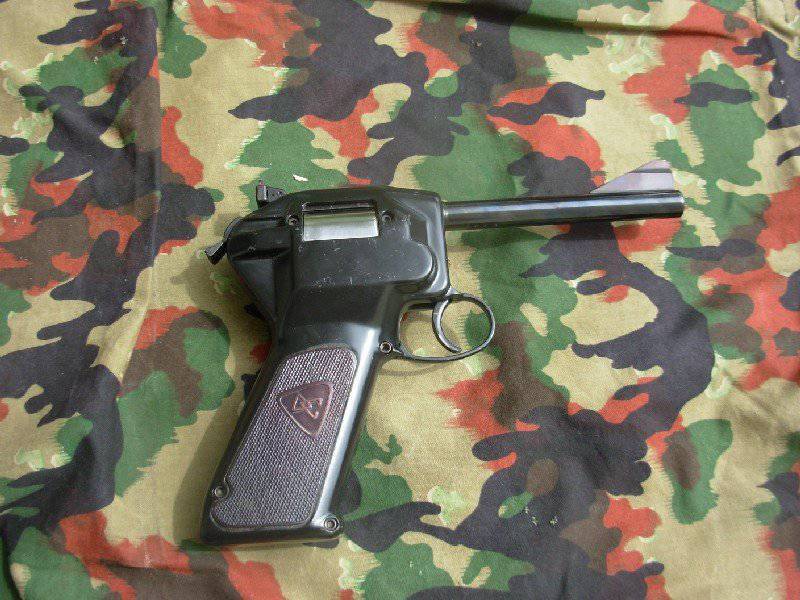 It was along the path of "crossing" a pistol and a revolver in the fifties of the last century by the American designer David Dardic. From revolvers he took the main part - the drum, and from the pistols - the shop. Combining them was quite difficult. But luck promised great prospects. The fact is that drum chambers are a simpler part in terms of the feed of a cartridge than a movable bolt of a self-loading pistol. However, it was necessary to come up with a convenient and reliable way to feed the cartridge into the chamber and eject the spent cartridge case. Progressively sending the cartridge from the magazine to the drum was immediately recognized as a more than unprofitable system. She almost did not give advantages, but significantly complicates and increases the cost of construction. By the middle of 50's, Dardik came to the idea of ​​open chambers. This means that instead of through tubular holes in the drum, U-shaped grooves should be made. In this case, the cartridge can be fed from the store directly into the chamber, which, when rotated, the drum will be aligned with the barrel. Extraction of the liner would occur under its own weight. 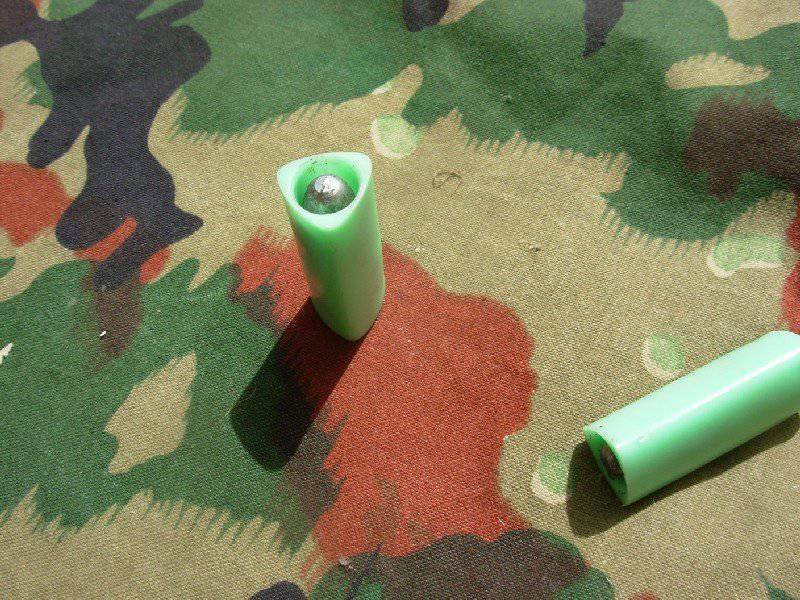 It can be said that these particular cells of a specific form are the main invention of Dardik, around which all his subsequent developments were built. However, the U-shape of the chamber does not allow the use of a standard round cartridge. Due to the shape of the cavity in the drum, the cartridge will not be securely fixed, which is guaranteed to lead to misfire and incorrect position of the cartridge when pulling the trigger. Dardik did not want to abandon the promising system of filing patron, so I had to go to drastic measures. The output was the development of a new specialized patron, later called Tround. The first version of such a cartridge had a specific asymmetrical shape, which allowed it to sit tightly in the chamber. The efficiency of filing cartridges was tested. At the same time, another survey emerged: an asymmetrical cartridge demanded a complex store design that would orient it in the right way before “loading” into the chamber. As a result, the middle of the year 1958 Dardik made a new version of the cartridge. Its section was now symmetrical and was a kind of Reloo triangle. The new drum was also made with similar cameras. Thanks to the symmetrical shape, the new cartridges were less demanding on the feed system. Interestingly, the design of the cartridge allowed to use the same sleeve length of 57 millimeters for ammunition of various calibers. Finally, the production of three types of cartridges of calibers .226 (5,56 mm), .30 (7,62 mm) and .380 (9 mm) was launched. In the aluminum, and then the plastic sleeve, gunpowder was pressed in, a bullet and a cap were inserted. 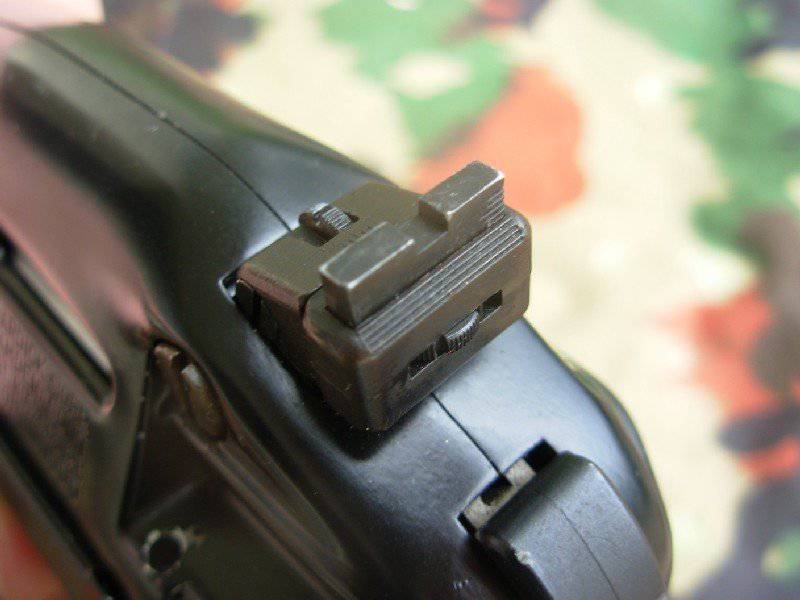 In addition to the whole line of cartridges, Dardick Corporation, by the end of the 50-s, launched a small-scale production of pistols for a new cartridge. In their construction, they to some extent resembled double-action revolvers. Those. when you press the trigger, the drum with three triangular chambers is rotated one third of a full turn, and the trigger is cocked and lowered. At the same time, during rotation, a shot case is simultaneously ejected from the chamber that had just fired and a new cartridge is fed into the empty chamber. Pistol was supplied from the 11 cartridges built into the grip magazine. Due to the fact that the store was integral, for his equipment a pistol was attached to the pistol. With its help or manually, cartridges were inserted through a special window with a closing lid.

Since, unlike revolvers, the Dardik design had open chambers, it was necessary to provide a part that would keep the Tound cartridge from falling out at all stages of the drum rotation. For this reason, around the drum pistol had a cylindrical casing with a hole for the extraction of sleeves. At the top of the drum, the cover was additionally reinforced with a pistol frame bar. This bar along with the drum and played the role of a full-fledged chamber and chamber when fired. Due to the loads, the upper frame of the frame was cast. The very same frame was made by stamping in the form of two parts, when joined forming a hollow body. For ease of use, plastic cheeks were mounted on the sides of the handle, and the sights were the most common open sight. Also on the front and rear sight were white dots for ease of aiming. 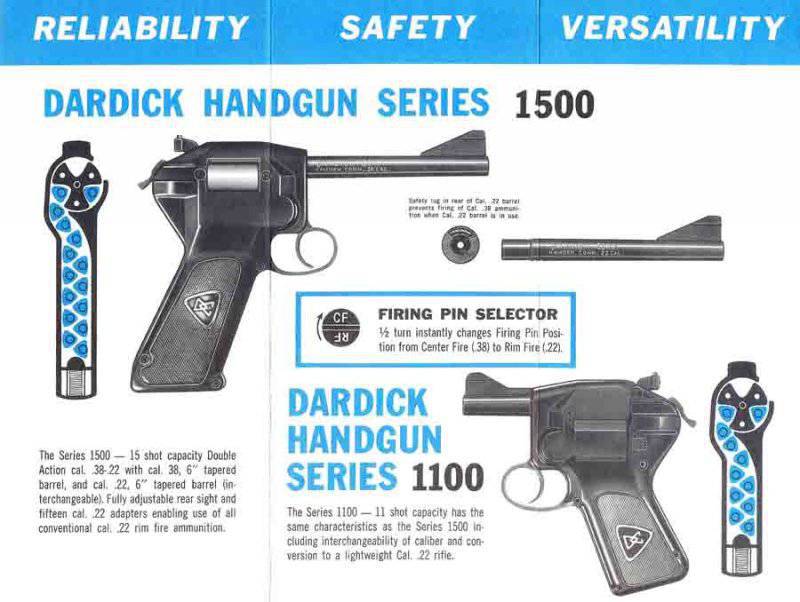 Since all the cartridges had a sleeve of the same dimensions, it became possible to make several types of weapons, based not only on one principle, but also on the same mechanics. A total of three versions of the weapon were made chambered for “Traund”:

- Dardick Mod 1100. This gun was equipped with a barrel caliber 9 mm. The barrel was stationary and had no possibility of withdrawing. Barrel length - 3 inches (76,2 mm);
- Dardick Mod 1500. At first, this version of the gun was produced with a magazine for 11 cartridges, but later its capacity was increased to 15. In this case, from the very beginning two versions of the trunks were made: one in 4 inch in length (102 mm) and the other in 6 inches (152 mm). Regardless of the length of the barrel, two guns of the 9 and 5,56 mm caliber were proposed for the pistol. The removable barrel was attached with a special latch and it only took a couple of minutes to replace it. Dismantling the barrel made it possible to create a special “accessory” for the Model 1500, having in its composition a butt, an elongated barrel and foregrip. He "turned" the gun into a lightweight carbine. The 20 inch barrel could be available in 5,56, 7,62 and 9 millimeters;
- Dardick Mod 2000. A pistol with a magazine for 20 cartridges (the handle had a particularly large size) and an 6-inch barrel. The customer had access to all manufactured calibers, as well as the barrel in conjunction with the butt. 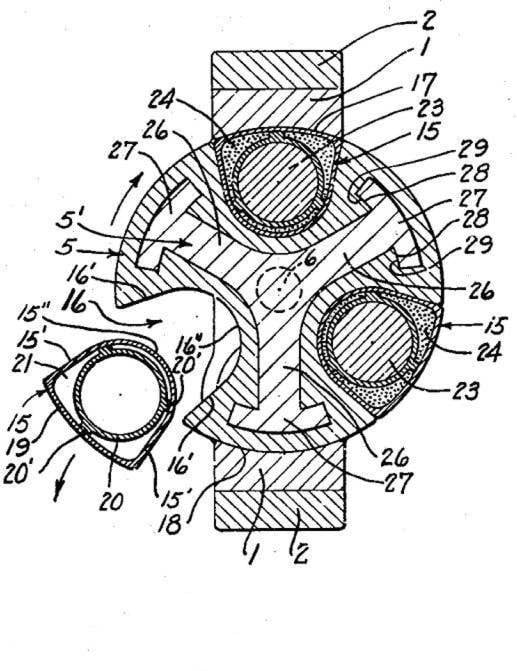 The entire line of weapons designer David Dardik was a very, very original way to solve a long-standing problem. And indeed, the universal sleeve of the round-cartridge, whose size does not depend on the caliber, made it possible to make from a single pistol a whole complex, adjusted to the requirements of a particular shooter. However, the gun was quite expensive. So, Mod 1500 in 60-th year cost a little less than 100 US dollars. Most revolvers of the usual design at that time cost 20-30 dollars cheaper. On top of that, a pack of cartridges (10 pieces) cost as much as 15 dollars. The relatively high price of the weapon itself, along with simply expensive ammunition, put the future of Dardick pistols into question. In turn, the novelty of the design and a completely new system scared away potential buyers. Because of this, just four years after the start of production - in 1962, the small Dardik factory closed. For such a short period less than fifty pistols of various modifications, including prototypes, were produced. Due to the mass of financial problems, D. Dardik was forced not only to close his company, but also to sell off all of its property to pay off debts. A number of parts of the unmanaged Dardick pistols fell into the hands of Numrich Arms, which collected several pistols from them. The full production of these pistols was not launched. Currently, Dardik pistols are considered a collectible rarity, which occasionally appears at auctions.

A decade after the closure of the Dardick Corporation, designers from Harrington & Richardson returned to the ideas of the triangular cartridge and open chamber. At the Pentagon's SPIW (Special Purpose Individual Weapon) competition, this company presented a submachine gun-cartridge based on a cartridge reminiscent of Tround. True, instead of one bullet, H&R managed to fit as many as three arrow-shaped ones with plumage into it. Moreover, the very David Dardik took an active part in the creation of the H&R SPIW machine gun. However, the machine based on the Thound-cartridge was not destined to come to use. He was not even allowed to test. The customer considered that a weapon in which the shooter is protected from hot powder gases only by a plastic sleeve is unsuitable even for participation in tests. Since then, no one has seriously returned to the topic of an open chamber.

Ctrl Enter
Noticed oshЫbku Highlight text and press. Ctrl + Enter
We are
Revolvers of the Wild WestRussian revolvers
11 comments
Information
Dear reader, to leave comments on the publication, you must to register.