Swedes can sleep well: the new "Gripen" goes against Su-57 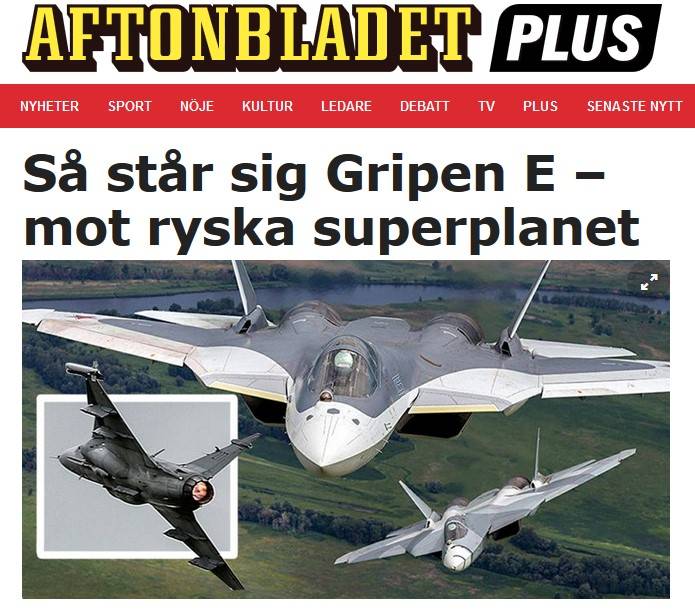 There is such a country - Sweden. Long. Actually, why not be? Moreover, it is one of the European monarchies. Mostly, the population smaller than Moscow will be, but nonetheless.

The times when the Swedes were doing everything were afraid, they sunk into oblivion. Until recently, the Swedes in general were sort of neutrals like Switzerland. What, however, did not prevent them in the two world wars to be a true source of raw materials for Germany.

But today, Sweden is generally a quiet and peaceful place. They live and live, sometimes, it’s true, bucks, but this is only when Russian submarines enter the fjords with shoals to spawn.

No, there are achievements. Saab in the world aviation known and respected. And the combat aircraft of this company are in service not only with the Swedish Air Force, but also with the Air Force of Hungary, Czech Republic, South Africa and Thailand. 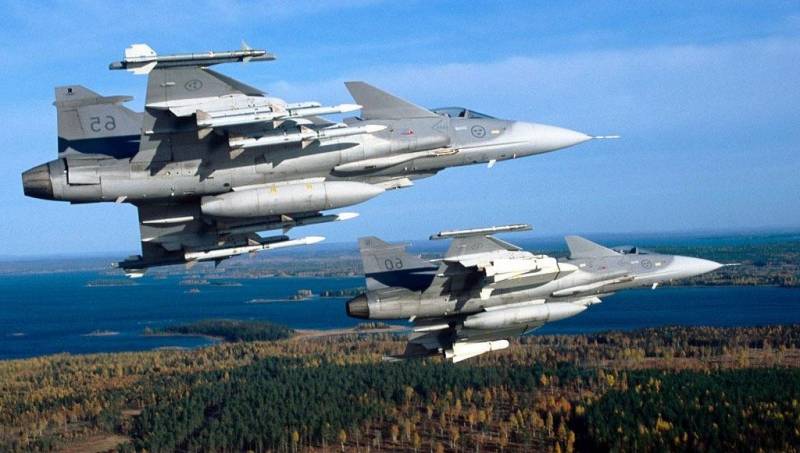 And the Bulgarians are more closely looking in the direction of Gripen. And participation in the Indian tender is not a recognition of the world level?

But the fact that Swedish journalists and expert Mr. Bloom babakhnuli in his article “Gripen” against the “Russian super-plane” is a spring search in all respects.

The bottom line is that after a couple of years a new modification of the main Swedish combat aircraft JAS 39 Gripen - “E” will be released.

But then the authors went overboard with a little bit of hurray-patriotism. Well, yes, the Gripen E series is probably a step towards the fifth-generation Swedish fighter. But why equate it with F-22 and Su-57?

“Su-57 is the first Russian fighter of the fifth generation. With its stealth technology, advanced radar with AFAR and long-range missiles, it responds to the call of the most advanced fighter-interceptor of the USA F-22 "Raptor" - along with the Swedish "Gripen E".

Here so, yes? So imperceptibly, but surely, did the Swedes suddenly stand in one line with those who oppose the “Russian threat”?

And not only did they get up in operation, and it also turns out that this “Gripen E” is, as it were, on a par with the Su-57. Swedes, dear ones, you will forgive me, but in all respects, if we even equate, then at best, with the MiG-35.

Yes, and that is a shame. 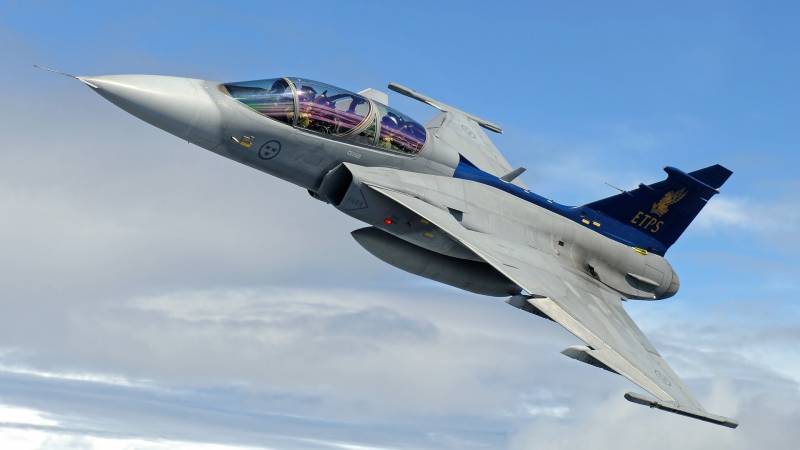 Let's be honest: the Russian classmate “Gripen” is the Yak-130.

That is, if so, without pulling the owl on the globe. Because even the MiG-35 looks like a monster next to the "Gripen".

Generally, what is “Gripen”?

Yes, here it is, as in the title. JAS stands for Jakt - fighter, Attack - attack aircraft, Spaning - scout.

Coffee "three in one", and all three components, as it were, are not the best. Although the cocktail "Gripen" in general is not bad and zaborist.

But shoving him to the fifth generation ... Even in perspective ... Years through 10 ... Not comme il faut.

I'll start with stealth. The glider has remained almost the same and there is no talk of a significant reduction in visibility at all.

Put the radar with AFAR. Great, but this is not the 5 generation as it were. The option is useful and modern, but it becomes commonplace with our aircraft.

Meteor supersonic air-to-air missile with a range of 100 km. Good. The Europeans did a lot of work with the rocket, but Gripen was the first to hang it on. So what about the “Meteor” is bad or good, you should talk a little later.

But the supersound in the dischargeless mode can only dream. And where to be with ours, who can do it? The controlled vector of thrust is yes, but today it is also a plus, and not a decisive advantage.

There is also an excellent optical-location system operating in the visible and infrared ranges. But the complex of active defense remained at the level of the fourth generation. Standard set: means of warning of radar and laser irradiation and automatic ejection of heat traps.

The combat load is also not impressive. In the future, an increase to 6000 kg. Well, not God knows that all the same, pretty less than ours.

An airplane like a fighter is good. There is nothing to argue. It is able to compete both in the markets and in battle with fourth-generation aircraft from the F-15 / 16, Rafal, Typhoon to MiG-29 and Su-30.

But what about the Su-35 and MiG-35, it is doubtful here. Our and avionics are more modern, and there will be better missiles. "Meteor" with its 100 km, of course, is good. But the P-27 (110 km) is definitely not worse. Moreover, the “Meteor” in flight “glows” like a searchlight due to the use of an active seeker with a radar. And Р-27 is passive. Yes, and there is a modification and infrared hsn. 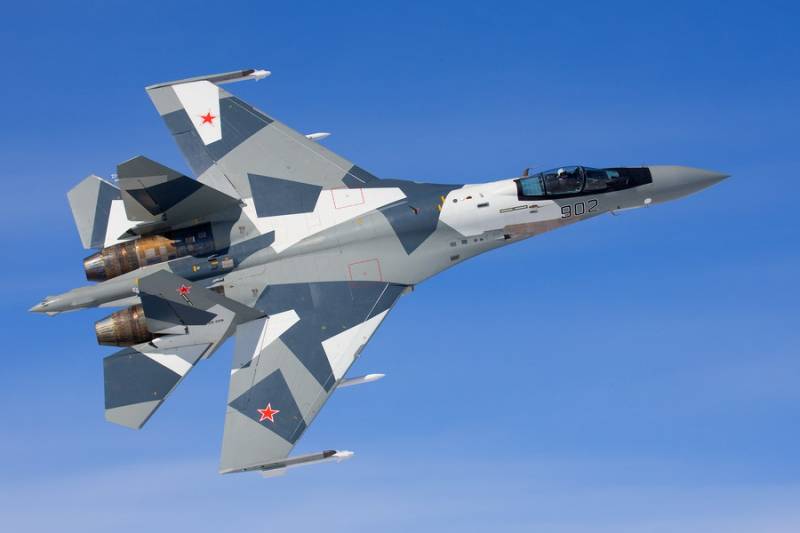 Well, as “Meteor” will be against “Khibiny” - again, something tells me that our EW funds will be pretty much better.

As a ground attack, the Gripen should not be considered at all. This is so ... For the red word it is written. Well, which of his attack aircraft?

One engine, no armor. Laughter, and only. Here, normal twin-engine armored attack aircraft have problems with MANPADS, and where is Gripen?

Only in the sad statistics.

Moreover, in the nomenclature of the aircraft there is absolutely no what, in fact, can be stormed. That is, bombs and missiles.

And to the used (seemingly) AGM-65 "Maverick" is not that there are questions, but ... In general, I do not want to offend the veteran. Still, almost 50 years in the ranks. Yes, for Mavrik, the tank, the iron garage heated by the sun are all one, but somehow it should be considered a modernized fossil as weapons for the fifth generation ...

In general, someone (perhaps, like Mr. Bloom) just wanted to purrtize. And at the same time to show “this Russian” how nobody is afraid of them. The “Swedish response” to Putin’s speech, let's say.

In this aspect - completely.

But how serious an opponent can become in the future "Gripen E" ... 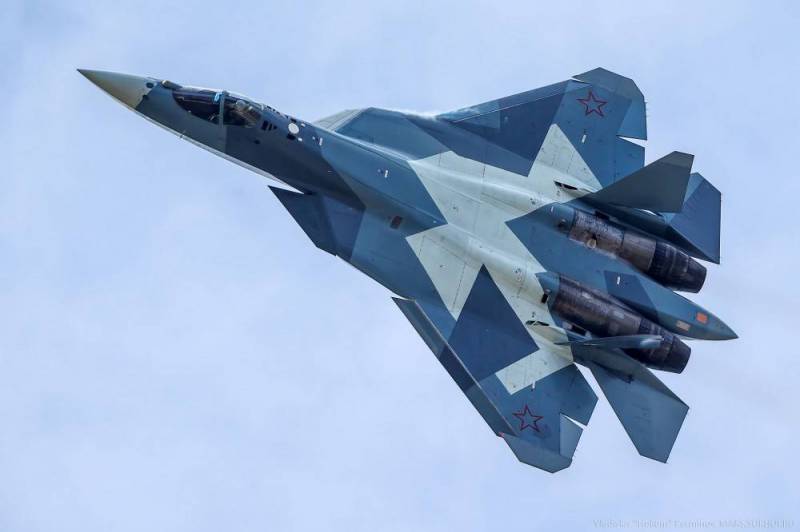 No, not for Su-57. It’s like in that Pushkin’s fairy tale: first with the youngest ones. 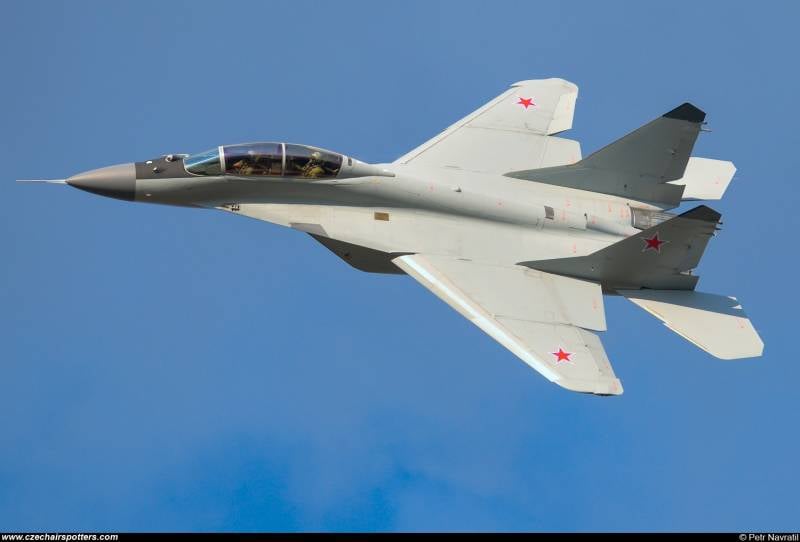 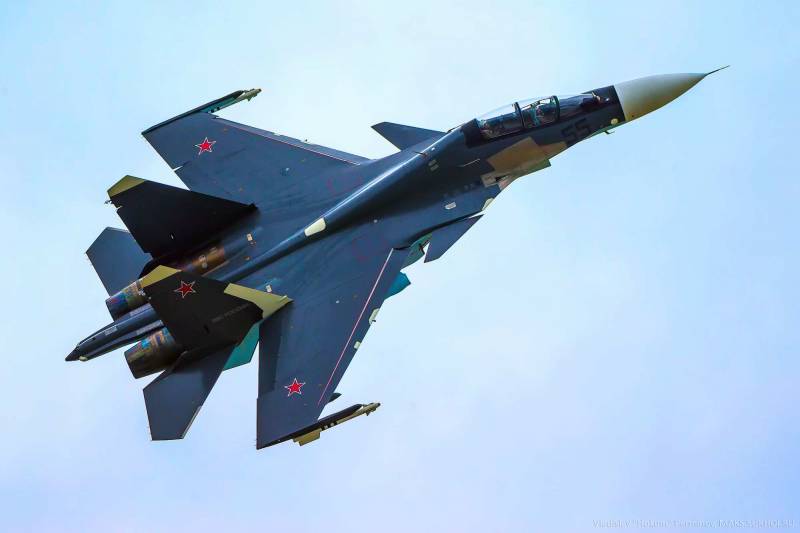 But in general, after such a remarkable resistance, the Swedes can sleep peacefully. “Gripen E” will reliably protect them from Su-57.

Only one nuance: what if these Russians do not want to wait for the Swedes to release this Gripen?

Ctrl Enter
Noticed oshЫbku Highlight text and press. Ctrl + Enter
We are
New 2018 Weapons: Sig Sauer P365 Small PistolResults of the week. "Well, do not change me because of every idiot!"
Military Reviewin Yandex News
Military Reviewin Google News
86 comments
Information
Dear reader, to leave comments on the publication, you must sign in.