New weapons 2018, the rifle FDM L5: the original vision of a sleeveless ammunition

March 1 2018
47
No exhibition weapons does not do without a sample which causes a smile with its originality. The current show in Las Vegas - Shot SHOW 2018 was no exception. FD Munitions demonstrated its view on the issue of a sleeveless ammunition, showing not only a new cartridge, but also a weapon for this ammunition. 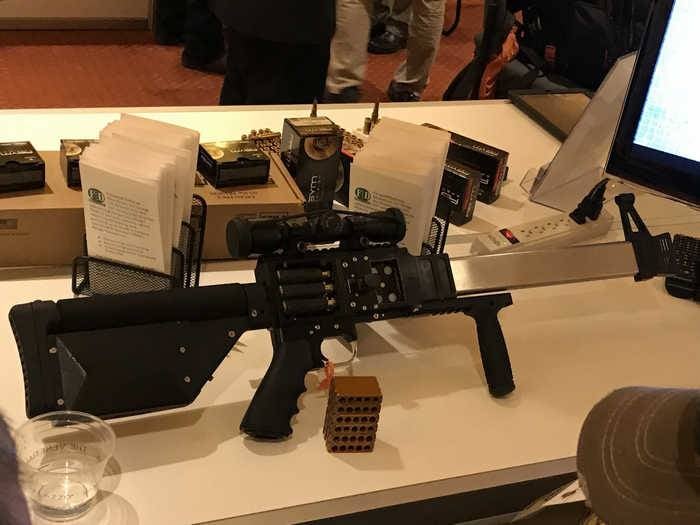 Immediately it is necessary to indicate that this article is not a review of weapons, since the weapon itself is stillborn. No matter how much they admire this rifle in foreign forums, it “will not take off”. Initially, the idea was to write a full-fledged article about this weapon, but the lack of any prospects for such a project discourages any desire to take this rifle seriously.

I don’t know how for most people, but for me personally, a sleeveless ammunition is associated with a cartridge that doesn’t have a sleeve as such, or the sleeve burns during a shot. The designers of the company FD Munitions, apparently, think differently, as they propose to designate a completely different device as a cartridgeless cartridge.

The variant of ammunition proposed by the designers of the company is a metal block in which there are five chambers. Five bullets are inserted into these chambers, five weights of gunpowder are filled in there and five primers are inserted. The original decision, and most importantly, did not deceive: after all, there really is no cartridge case. 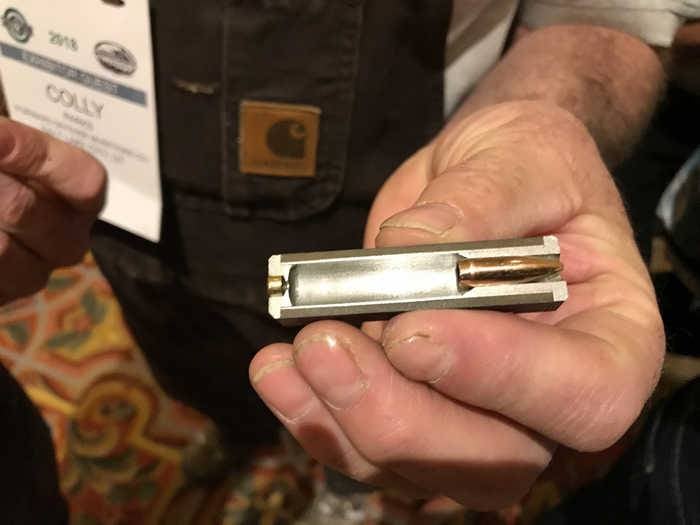 I see no advantages of such ammunition, but there are a lot of disadvantages. Here and repeatedly increased the weight of the wearable ammunition, and the overuse of metal ... "Plus" in the form of possible multiple use seems more than negative, since for this the shooter will have to carry not only unused blocks of cartridges, but also empty ones.

A really interesting and sensible idea can only be the use of an electric primer-igniter, similar in its design to traumatic cartridges for OCA series pistols.

It can be assumed that such a design of ammunition would find its place in the civilian market, since for civilian weapons all these minuses of the cartridges are not as critical as for a combat one. But here his contribution is made by weapons for these ammunition.

The first thing that catches the eye when inspecting an FDM L5 rifle: its barrel is of some strange, rectangular cross section. And the reason for this is the following: the barrel of the weapon is not one, there are five of them. That is, in front of each bullet in the block is its own barrel. It is no secret that in a good rifle the most expensive part of it is the barrel, and here it is not alone. Moreover, in order for the weapon to have sufficient accuracy, all five barrels in the block must be perfectly parallel to each other. How much is this technically possible? Quite possible. How expensive is it to create durable and accurate barrels? Very expensive. 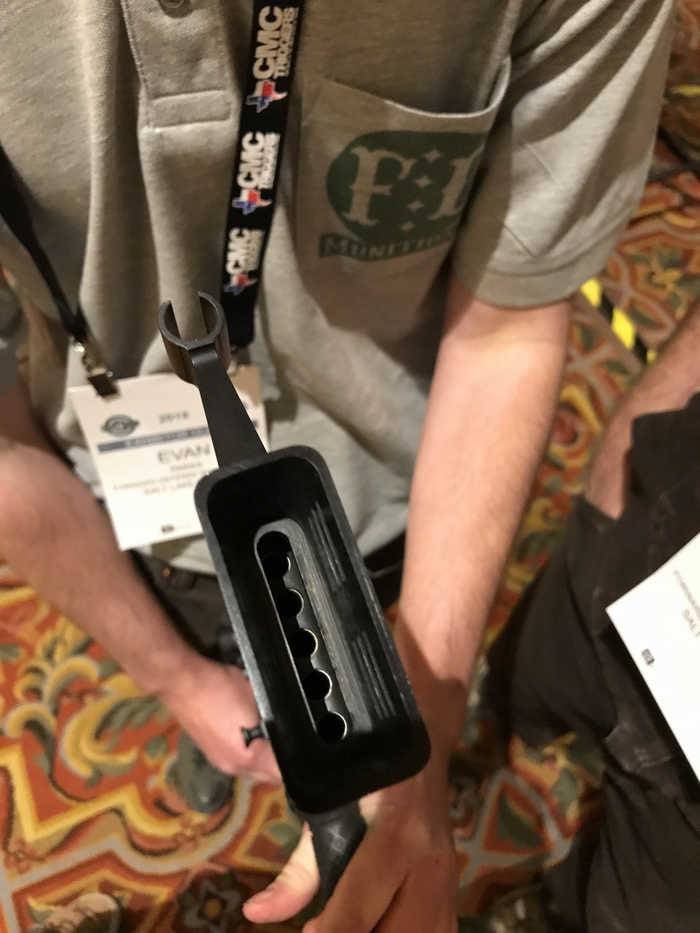 But not even the number of gun barrels raises questions. For many people, the price of a question is not at all a question if the item being purchased is of decent quality. Much more interest is the store weapons. This is the usual box magazine, attached to the left side of the receiver. This shop contains 6 blocks with five bullets in each, that is, the capacity is not fantastic. After five shots are made from one block, it is thrown to the right side, and a new one becomes in its place. It resembles this approach to the supply of weapons Japanese machine gun Nambu Type 11. 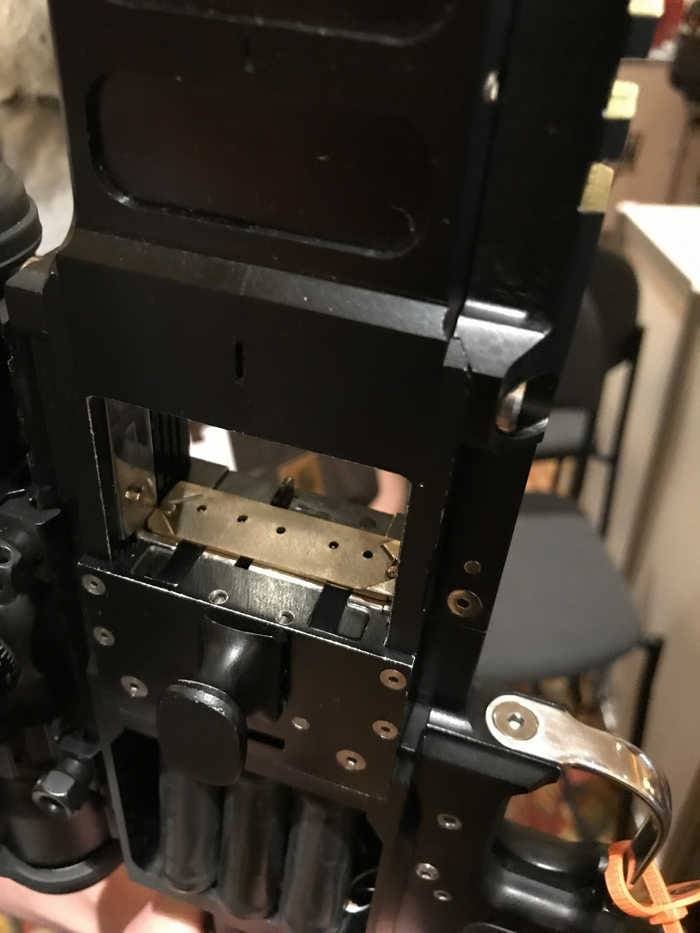 The comments often raise the question of the balance of weapons as the ammunition is spent. It is really possible to think about this pattern of weapon thought in this vein. 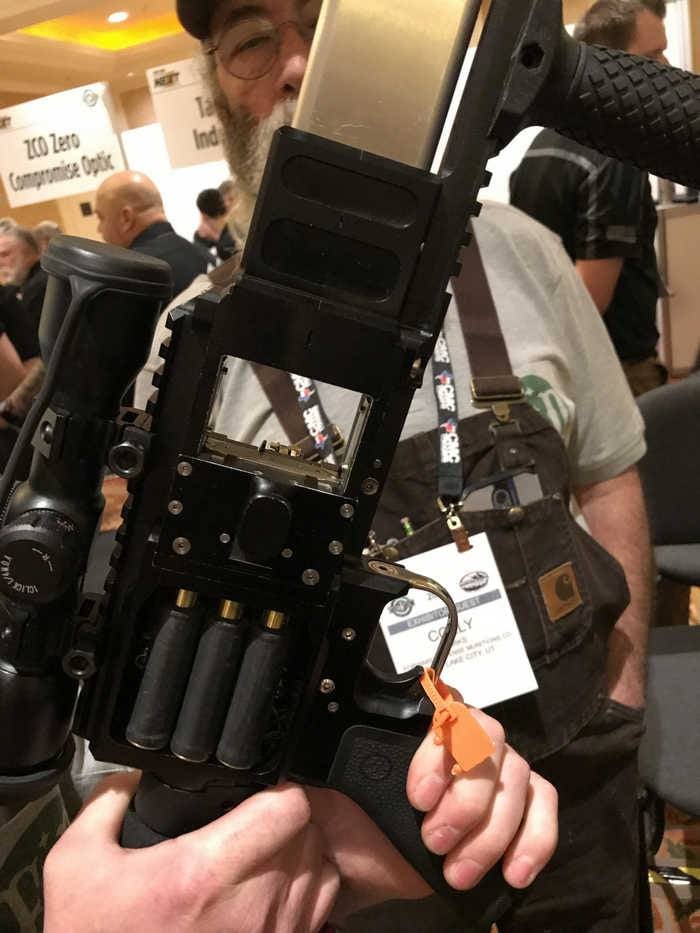 The only positive point in this rifle is the possibility of a volley immediately from five barrels. But why and for what purpose it will take five simultaneous shots at the same point - a mystery.

That such an interesting novelty was presented this year. Of course, this weapon can be viewed not as an end product, but as a platform for testing individual solutions and ideas that will be used in other structures. But for some reason, everything is new, but there are no new, interesting and truly unique constructions, and what is there is such a thing that is incomprehensible for whom and for what devices were created.

PS A company can do video clips with presentations.