Russian EW troops against EW USA: the race has begun?

February 12 2018
47
More and more attention in the West (judging by the publications) began to be paid to the effectiveness of the Russian EW troops. Accordingly, they translate from us and try to analyze the translated. 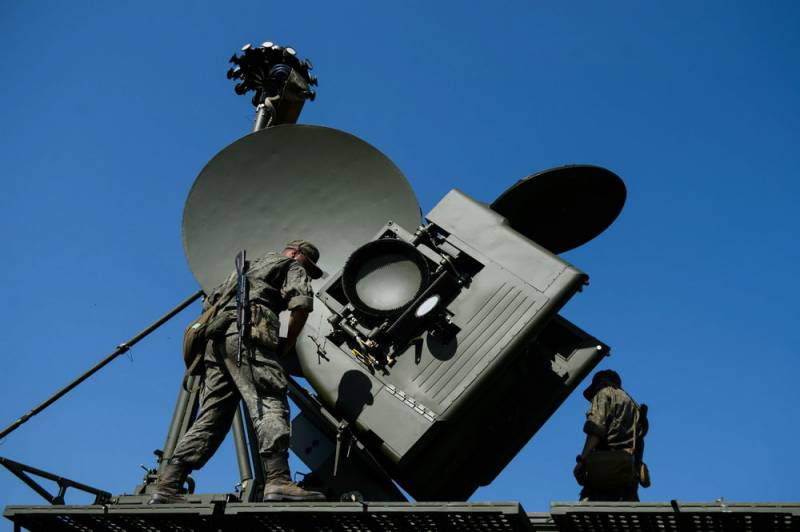 And here a dual sensation arises. Which pushes to really understand who is cooler: the US electronic troops or our EW.

In the United States are increasingly comparing their own and ours. And there is a definite reason for this. Overseas, success in the development and application of EW of Russia after some cases is of keen interest.

It is not about stories with Donald Cook, this is what makes American specialists laugh healthy and have fun comments.

But the results of the use of some of our complexes in the Donbass and Syria will not make anyone laugh. Moreover, several respected experts in the United States at once, whose opinion it is customary to listen to (Roger McDermott, Sam Bendett, Michael Kofman), spoke about the fact that Russian EW troops represent a serious force and object of study.

According to experts, the Russian divisions of EW have a greater number of people, they are well equipped, in these troops the largest number of new products.

But most importantly, the EW troops, based on the doctrine of use, coordinate their actions with other types of armed forces. Shock aviation, Air defense, artillery.

An important factor Americans consider and many years of combat experience enjoyed by the officers of these troops.

As a classic example, the same Bendet gives in his report the actions of the Russian military in Syria.

“The Russian military discovered 13 drones, identified them, and then neutralized them with radio interference or remote hacking. Those drones who managed to break through these barriers were destroyed by anti-aircraft missiles, and as a result the attack was foiled. Obviously, Russia's desire to organize joint activities of the EW forces and air defense forces began to bear fruit. ”

According to Kofman, modern EW facilities not only expand the capabilities of military equipment, but also allow the Russian military to conduct “contactless” operations and “jam”, blind and demoralize the enemy.

And for this you do not even need to invade the territory of NATO. Firstly, the Russian EW facilities have a greater range of influence, and secondly, Russia in recent years has skillfully created “gray zones”, erasing the border between war and peace.

An interesting opinion of an American, which immediately gives rise to a question: who disturbed you?

If it is serious, without possessing the means of counteraction, NATO will not be able to prevent the existence of these very "gray" zones. But is it necessary? And why today there is a situation that is interpreted that way?

In general, this is a topic of a long and thoughtful conversation, not one page.

But I think we should start with the defensive concept of the two countries. It is in it that the US’s initial lag behind Russia in terms of EW development is laid.

And what is the concept based on? Right on the geographical location.

In this regard, the US has full order. Canada in the north and Mexico in the south. Everything. Two very serious countries, with excellent armies and military capabilities, with independent policies. If in fact - 51-th and 52-th states.

Accordingly, in the entire history of the United States, there were no threats from neighbors, and there could not be any.

Plus, anyone who decides to test the strength of the US defense will first encounter two avoidable, but weighty circumstances. With the Pacific and Atlantic oceans.

And here, in principle, everything can be finished with this.

Americans can sleep peacefully (almost), because there is a mighty (no mocking) US Navy. And this is a very difficult trump card that can solve most defense issues.

After all, what is 11 US aircraft carriers? These are 11 airfields, which can be pushed to any distance from the borders of the country. And there, at a distance, to meet anyone: strategic bombers, missiles and other anti-American manifestations.

You can talk a lot about the fact that F / A-18 is “not a cake”, that the deck fighter is not normal, but ... Just look at the 850 and more deck fighter planes in the US Navy, then look at the number of Russian fighters— bombers as part of the VKS in general, and it is clear why everything is so beautiful for Americans.

If there are any problems that the fleet cannot cope with, then please, there is still the USAF, where there are about 2 thousands of combat aircraft (F-15, F-16, F-22, F-35). Yes, according to the media, 22 and 35 are not, well, nothing. The United States and without them completely cost.

In general, the concept is clear: the air and water for the United States, the land where you can war, no. More precisely, it is there, but how to get the troops there, given the above points about water and air, is a question.

And only that “almost” remains. Namely, the Russian Strategic Missile Forces and nuclear submarines.

Agree, there must be a crowbar, against which there is no reception?

But in fact, the defensive concept of the United States, relying on the fleet and aircraft, did not envisage any widespread development and use of EW. Because not so much the lack of need, but rather because of the underestimation of opportunities. Or in half the first and second.

Well, because it (the concept) is not so defensive. And for offensive or aggressive defense, and even ahead of the curve, EW is not the best component. Unlike defense.

If we talk about US EW aviation complexes (and we will definitely talk about them in the following parts), then we cannot say that they are much worse than our Khibiny and Scorpio. Just worse. And the Americans are well aware of this.

But while (worth emphasizing) can not do anything. Understanding that their AN / SLQ-32 5 version, which is put on all new ships - a good thing in the "Ajis", but not until the end, forcing Americans to make movements in the direction of improving their systems.

Indeed, in the future we will examine in detail all the advantages and disadvantages of the Russian and American systems, as far as access to information allows.

In the meantime, we’ll dwell on the moment that the unitarity that the US military preached played a cruel joke. AN / SLQ-32 is a really good complex. And it can be very widely used. From aircraft carrier to aircraft. But this is his weak side. It is universal. And at the same time it will lose to highly specialized Russian-made complexes.

And here we come to the second side. Russian. And again to the geographical map. Standing at the map and looking at Russia, it is not difficult to count how many unfriendly states are around us. Both real and conditional. Conventionally - this is Turkey, for example.

And if we take into account the assembly inadequate in the north, taking breaks for lunch only in cries of the Russian threat, plus Ukraine and a bunch of former Allied ATS allies, and now NATO members, the situation is, let's say, far from the American alignment.

Russia has played all its life from defense. Indisputable? That's it. Accordingly, all our EW complexes, which cause dental grit and envy of the enemy, are 95% means of defense.

The exception is, perhaps, "Murmansk". They can still somehow attack at such a distance that not every rocket can fly. The range of the rest of our EW complexes is far from actually threatening anyone. With the exception of just those enemy funds, which themselves will enter the zone of action of our EW assets.

The defensive nature of Soviet and Russian developments does not bother Western experts.

Mr. McDermott explicitly states that it is normal for Russia, and, moreover, it is inherent to build up forces to dominate near its borders.

Well said, Mr. expert. Many penetrated. And many understood the idea of ​​McDermott.

It is necessary to start work today in order to have something to counter the Russian complexes tomorrow. And if this is not done, then “Russia will get away with any aggression, sabotage or accession.” No more, no less.

It is clear where the wind blows in the words of "aggression and accessions." And no one in the West is embarrassed that, in principle, any country in the world would like to dominate its borders. This is normal.

But as far as possible - to realize seriously, if not in the near future, then simply in the future, what is to be done in order to level today's superiority in EW systems of Russia? We will talk about this in the next part.