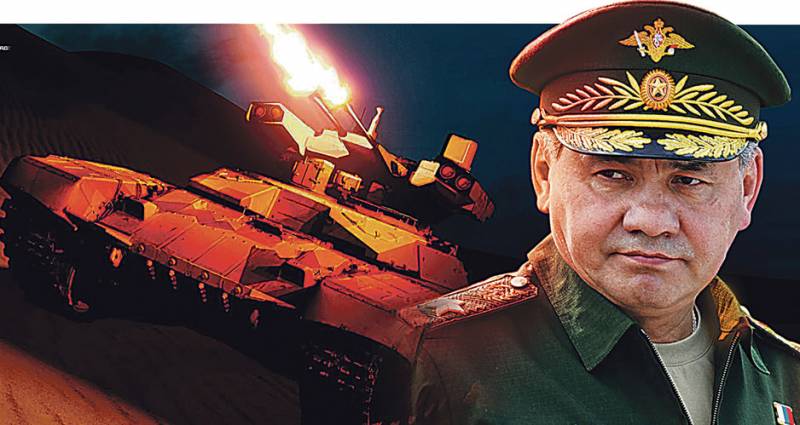 The Russian Defense Ministry hosted the Unified Day of Acceptance of Military Products and Infrastructure Facilities of the Armed Forces. The figures are named, the addresses of the VVST supplies are given, which creates a complete picture of the equipment of our aircraft with modern samples.

Over the past year, more than 3500 prospective units of VVST were supplied to the army and the fleet. Particularly pleased that this is a highly intelligent technology and high-precision weaponthat allowed the Russian Aerospace Forces to successfully fight the militants in Syria.

According to Sergei Shoigu, the state defense order of the 2017 of the year for the supply of new samples was made by 98,5 percent, repair - by 96,7 percent. The Minister noted: “The results achieved indicate that industrial enterprises basically fulfill their obligations”.

In the fourth quarter, new and repaired types of weapons were installed in the troops: Iskander-M missile systems, Su-27CM3 fighters, Mi-28UB helicopters, Admiral Makarov escort ship and others.

According to the results of the IV quarter, the Russian Navy received 16 new and modernized ships and support vessels, other weapons and equipment. As Colonel Oleg Stepanov, the head of the Office of Military Representations of the Ministry of Defense of the Russian Federation, emphasized, two coastal missiles Bal and Bastion, eight radars for various purposes, and 326 anti-submarine missiles were handed over to the Navy. A naval ship of the Admiral Makarov project 11356 was enlisted in the Navy, which was confirmed by the commander of the 128th Baltic Fleet surface brigade captain 1st rank Andrei Kuznetsov. The composition of the auxiliary fleet Northern Fleet entered the icebreaker of project 21180 Ilya Muromets. Chernomorets received the coastal tactical complex “Ball”.

The Power of the Terminator 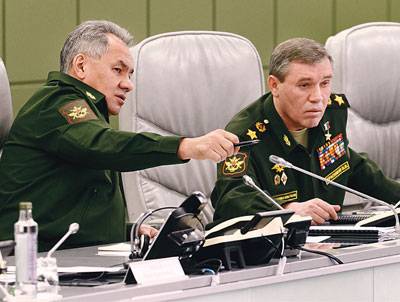 In 2017, the Armed Forces of the Russian Federation received 116 operational-tactical missiles of the Kyrgyz Republic Caliber, which performed well in Syria. One hundred high-precision strikes were inflicted on the militants ’targets, the Caliber, X-101, and Kh-55 rocket launchers were used for the most important targets, the Iskander and Tochka-U RCs worked. Strategic aircraft aviation fired 66 missiles at a distance of 500 to 1500 kilometers. Each hit a designated object.

Over 110 airplanes and helicopters, two warships, three brigade sets of the Iskander-M OTRK, nine anti-aircraft missile systems and complexes of various classes, more than 400 armored units, were delivered to the Russian Armed Forces.

At the beginning of last year, the Military-Industrial Courier supported the ex-head of GABTU, Colonel-General Sergey Mayev, with his idea that the Terminator BMPT would be in demand among the troops (“Tank to help”). And we were heard. The contract for the supply of "Terminators" will be executed during the 2018 year. The first batch will arrive in March-April, which was confirmed at Uralvagonzavod, a supplier of new equipment.

It is indicative that this is the first contract of the military department for the purchase of “Terminators”; previously, BMPTs were exclusively export goods. How many cars the troops will receive is not disclosed, but the contract is long-term. His performance is on the conveyor in Nizhny Tagil.

The Terminator BMPT is armed with two 30-2 automatic cannons, two launchers with Ataka-T anti-tank missiles, two AG-42D automatic grenade launchers and a 17-mm machine gun. The machine is very mobile on the battlefield, its MSA of the main armament allows it to detect and recognize small targets at large distances day and night in adverse weather conditions. The crew has three operators, this gives the BMPT the 7,62 degrees survey sector and the ability to hit three objects at the same time.

Serial and even ahead of schedule 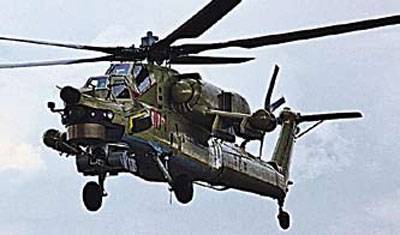 Two brigade kits of the Iskander-M operational-tactical missile system (PTRK) and four air defense systems, 183 armored vehicles and equipment, up to 1183 vehicles for various purposes, more than 13 thousands of communications equipment, 433 EW stations arrived in the Russian Federation in the fourth quarter. “In 2017, the Engineering Design Bureau completed the fulfillment of the state contract, the tenth set of Iskander-M OTRK was supplied,” Stepanov noted.

"Helicopters of Russia" in 2017 put the 72 new and 70 modernized machines to the RF Ministry of Defense 8. In addition, five Mi-5MTV-1-2018 were transferred to the Kazan Optical and Mechanical Plant for the subsequent retrofit of their EW complex. According to GOZ 60, the holding will supply the military department with the 30 order of new machines, including more than 8 of the Mi-28 type ahead of time, a representative of Russian Helicopters said. “We began serial deliveries of Mi-27UB training helicopters, mastered the upgrading of the Ka-2018 naval, and in 38 another project will be added to the list - we plan to transfer to the Russian Defense Ministry the first airborne Mi-2017Т,” Vladislav Savelyev, deputy director general of the holding, said. . He stressed that in XNUMX, some deliveries in the state defense order were made ahead of schedule.

"Ball" in the Baltic 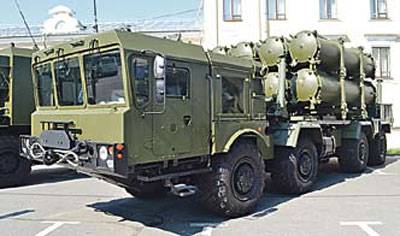 Electronic launches of coastal RK "Ball" were performed on the Baltic coast when checking the combat readiness of the missile unit.

The calculations of the complexes made a march to the landfill. In a given area, they fulfilled the standards for deploying equipment, defining firing data for electronic launches of the Kyrgyz Republic at sea targets and their conditional destruction. The missilemen also worked on the transfer of complexes from the marching to the combat position, and the transfer of the missiles from the transport-loading machine to the launcher. Worked out operational change of position and exit from under the retaliatory strike of a conditional enemy.

The training was conducted according to the plan for checking the combat readiness of the missile unit. It involved up to 50 military personnel and more 10 units of military and special equipment. According to the results of the inspection, the inspectorate of the Ministry of Defense of the Russian Federation was given the honorary title “Shock”. As for the "Ball" complex, it showed itself from the best side. Recall that this RC is designed to protect the coastal defense forces of territorial waters, naval bases and coastal infrastructure and antiamphibious defense of the coast. 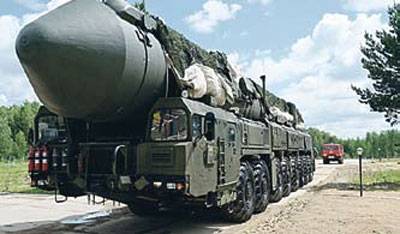 The Strategic Missile Forces in 2017, 21, a ballistic missile, 19 autonomous launchers, 33 combat duty support vehicles, 7 KP, 310 other components of the complexes.

Under the program for extending the warranty period of operation of the Republic of Kazakhstan, as well as for training purposes, the rocket personnel carried out six launches of ICBMs. The equipment worked out regularly, the tasks were performed. According to the commander of the 39 rocket division, Major General Pavel Burkov, the rearmament of the 357 regiment to the Yars-S mobile base complex has been completed. Since December, the 2017 th unit is in combat duty with three regiments equipped with Yarsami and Yarsami-S.

In the grouping of forces and means of nuclear deterrence of the Strategic Missile Forces, the loading of two mine-launchers with the Yars complex of stationary base in Kozelsk and the PGRK in Irkutsk was ensured.

At 1-th State test space center in Mirny, facilities were built for throwing tests of a prospective stationary base.

On the objects of the Space Forces, the construction of two radars of high operational readiness in Orsk and Barnaul has been completed, installation of technological equipment is being carried out at the facilities of the space safety system.

The Russian "defense industry" has eliminated almost all of the operational flaws of the VVST, identified during their combat use in Syria, and the operational and technical characteristics of individual samples have been enhanced. This activity, Sergei Shoigu stressed, should continue in the light of the tasks assigned by the Supreme Commander. According to the minister, the quality of the main samples of the VVST as a whole meets the requirements, which allows the troops to carry out the tasks effectively. 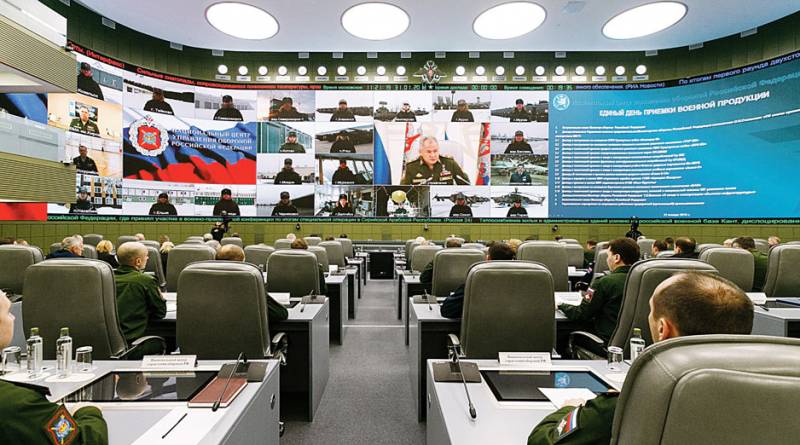 The following fact speaks volumes for much: in the 4th quarter of 2017, VKS received over 160 new and repaired aircraft. To be precise - delivered 25 new and 78 refurbished aircraft, 35 new and 29 refurbished helicopters, two regimental sets of anti-aircraft missile system S-400, 24 armored anti-aircraft missile and gun complexes "Carapace-C», 112 radars for various purposes, more than 37 thousands of aviation weapons.

According to the first deputy director of KNAAZ Sergey Ogarkov, after the modernization, front-line multifunctional fighters Su-27СМ3 were handed over to the troops.

On January 25, the first departure of a Tu-160M strategic bomber-missile carrier made at the Kazan Aviation Plant was made. The technological readiness of cooperation for the serial production of the upgraded White Swans was confirmed.

The calculations of the Space Forces performed five launches of launch vehicles in 2017 year. Five spacecraft were put into orbit.

At the end of the year, the level of equipment of the Armed Forces of the Russian Federation with new samples of the VVST increased by 1,2 percent and amounted to 59,5 percent. 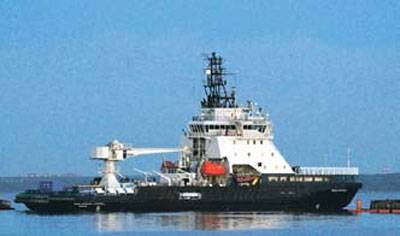 During the Unified Day of Acceptance of Military Products, Sergei Shoigu presented the Defense Ministry awards to twelve workers of enterprises of the Russian defense industry. The “Mikhail Kalashnikov” medals, which mark employees of the military-industrial complex, research, production and research-and-production organizations, are notable for distinguishing the implementation of innovations in the development, production and commissioning of modern weapons and military equipment, awarded to Ivan Romanyuk, electrician of workshop No. 22 JSC “ Admiralty Shipyards, Valery Vedernikov, Deputy Head of the Workshop of Krasnodar Instrument Plant Kaskad, Alexey Popov, Deputy Head of the Test Department for Automation, PJSC Admiralty Shipbuilding Plant. The medal “For Labor Valor” from the hands of the Minister of Defense was received by Dmitry Borisov, an assembly fitter of 5-grade aircraft of Progress RCC JSC; Valery Vasilyev, an assembly fitter of 5-level products at the assembly department of Titan Barrikada Federal Research and Production Center ”, Nikolai Kirichenko - Thermist of the 5 class of the fitting and welding shop of PJSC“ Kazan Helicopter Plant ”, Aleksey Kudryashov - assembly fitter of PJSC Kazan Helicopter Plant, Alexander Nosovets - assembler of PJSC“ Dry ”NAZ aircraft them. V.P. Chkalova ", Alexander Vlasov - 6-type milling machine operator of the machine shop of JSC NPK Design Bureau of Mechanical Engineering, Vladimir Shelykalin - regulator of radio-electronic equipment and 5-level devices of the assembly and assembly shop of the Ulyanovsk Mechanical Plant, Valery Gushchin-tokor - the source of the 5 discharge of the machine shop of JSC "NPK KBM", Ivan Yusov - electric welder of manual welding of JSC "Admiralty Shipyards".

The 2017 year proved to be dynamic and effective for the army and the defense industry of Russia in achieving results both in combat training and in defense work. What will be the 2018-th - time will tell.